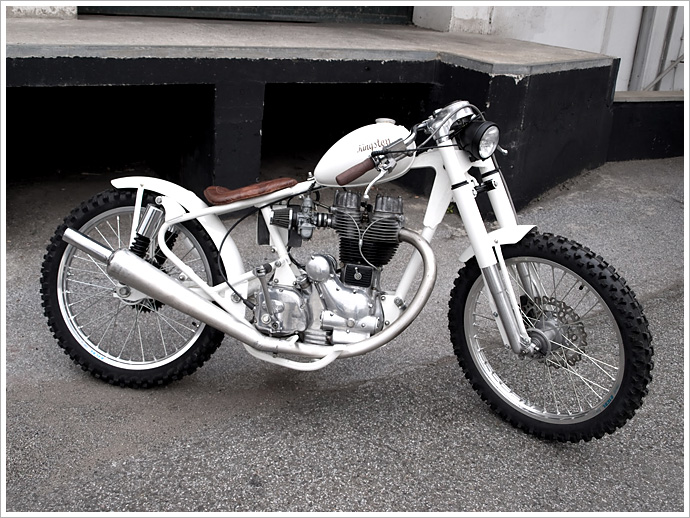 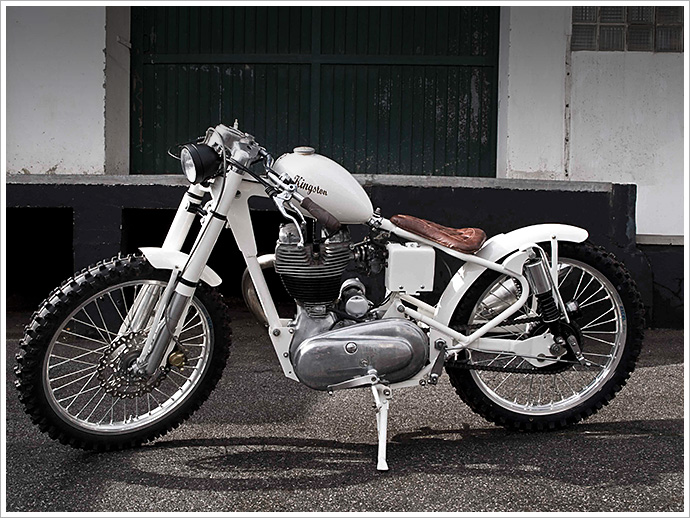 Here’s Kingston’s, um, King – Dirk Oehlerking. “The Question whether or not the Enfield has actually seen the maharaja in Udaipur, cannot be answered. But she certainly has experienced the magic of India and she has seen the Lake Palace Hotel in Lake Pichola in Rajasthan/India, my Royal Enfield.” 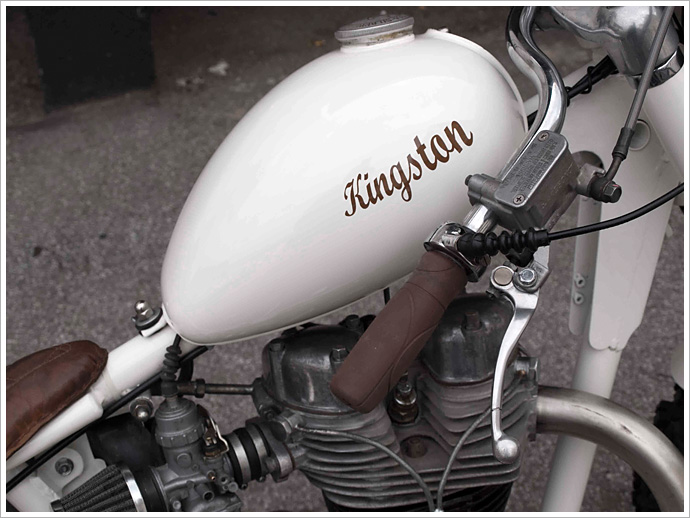 “A couple of months ago I met an extraordinary lady in Berlin. Mrs. Fee Myrnalini Tara. She is a jewellery designer, she was born in Germany and has lived in India for 25 years at Lake Pichola. Through her assistance and intercession I gained a Royal Enfield. At the first encounter I already knew: this is a bike with character and legend!” 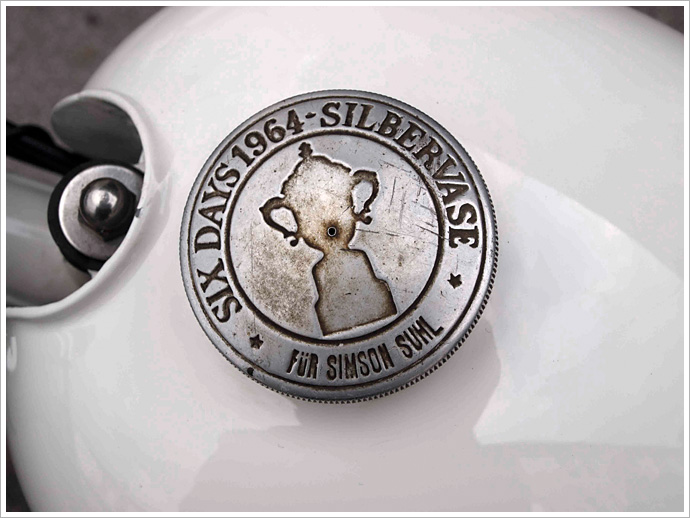 “After I had spent days and nights with her, observing her and changing her over and over again in my head I decided that she is to be transformed into a delicate beauty. I have been moto-cross races successfully for 35 years and I have always reconstructed my bikes individually, so the first thing the Enfield became was moto-cross tyres 90/90-20, Excel rims 21×1.60. Subsequently I tried the Simson tank, which I found at a Christmas market at Chopper’s World. Perfect! The new shape was born.” 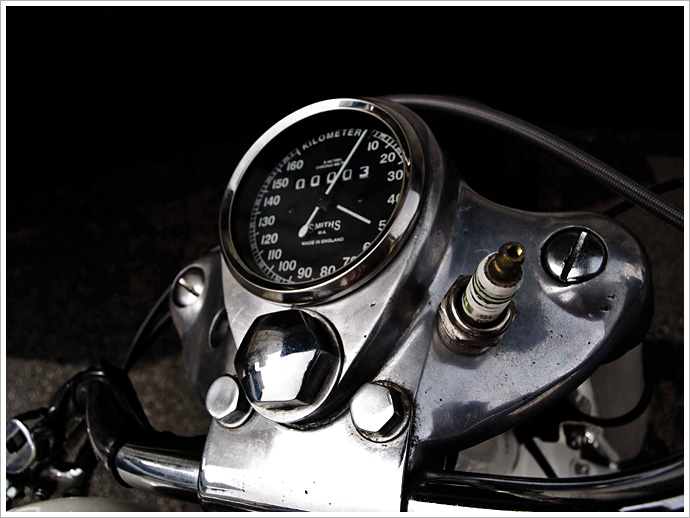 “I built the seat and the fenders myself, just like a lot of other details. I love this kind of hand-made work. My experience from the metalworking industry and the motorcycle area ( moto racing sport ) has made me a specialist for the herewith related abilities and skills. It is all the individual and creative details like the tank cap, the rear light retainer the special rear light, the saddle, made out of one piece of leather from an old English flight jacket, which turn such a hand-made bike into an object to which you loose yourself in contemplation, over and over again.” 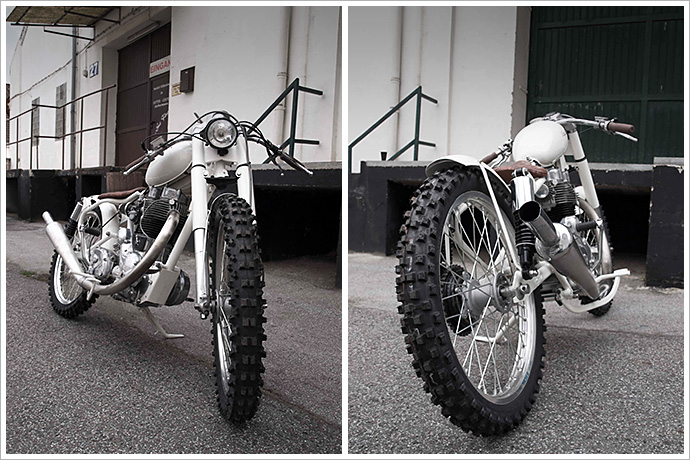