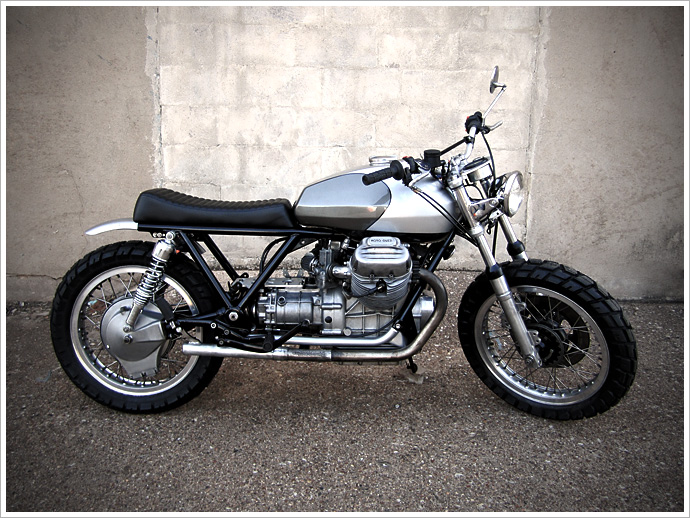 There’s nothing quite like the sight of a super clean Moto Guzzi. To my eyes, when done right, they are the most pulchritudinous of all the motorcycle species. And this one is up there with the best of them. Built by Jason Wonder from Wonder Customs who received world wide recognition for his V-ROD custom a few years ago. “I don’t build show bikes, even though I built the Rev-2 that was in the AMD show in 2009” he says. “I build bikes you can ride”. Jason is a “one man shop” based in Texas and has been building bikes professionally for the past 8 years – not bad for a 27 year old. Jason builds both new and old bikes from vintage Ducati’s and Guzzi’s through to new American V-twins and racers. His Dad was a flat track racer so motorcycles have always been in his blood – and it looks like he’s put a bit of that blood into this ride… 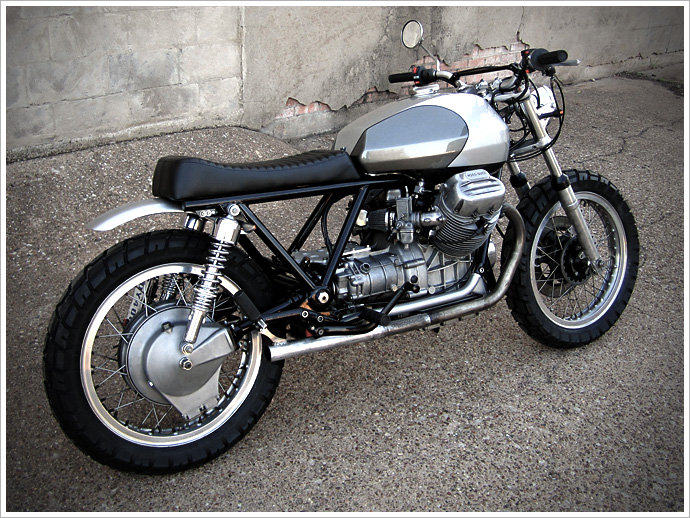 We’ll pass the mic over to Jason to give us the low-down: “The build was for a customer who had seen a really clean little CB750 I had built. By the time he called me, it was already sold though. I had been wanting to do a Guzzi build and after some talking I found he was also passionate about Guzzi’s. My order was to make a super clean, everyday ride. The donor was a 1975 850T which had been completely wrinkle coated black. A complete mess.” 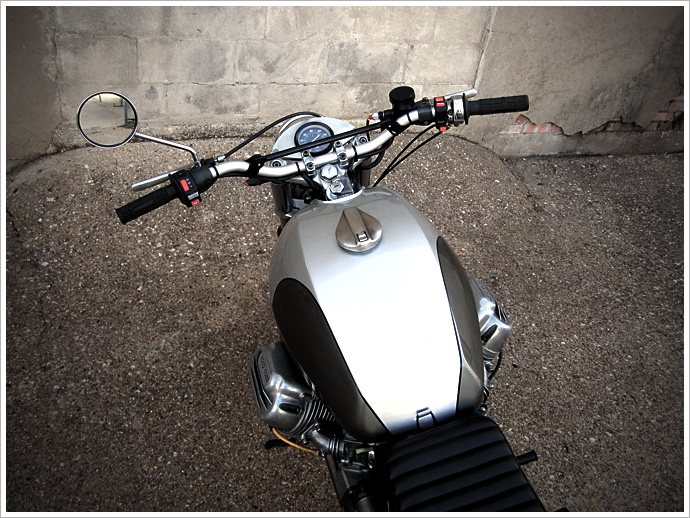 The engine stayed stock with a top end overhaul. The ballistic battery is under the gearbox now in an aluminum cradle and an aluminum piece replaces the old huge battery tray/compartment. Living in California he had to have the full deal to be legal, so gauges and blinkers are there. The front end is stock but has been rebuilt by Jason. Harley caliper on the front with fins to match the rear drum, interestingly looks right at home though. Bars are MSR MX bars with Scott grips, with all new switch housings. The tank is the original only painted in understated two-tone by Strobe. 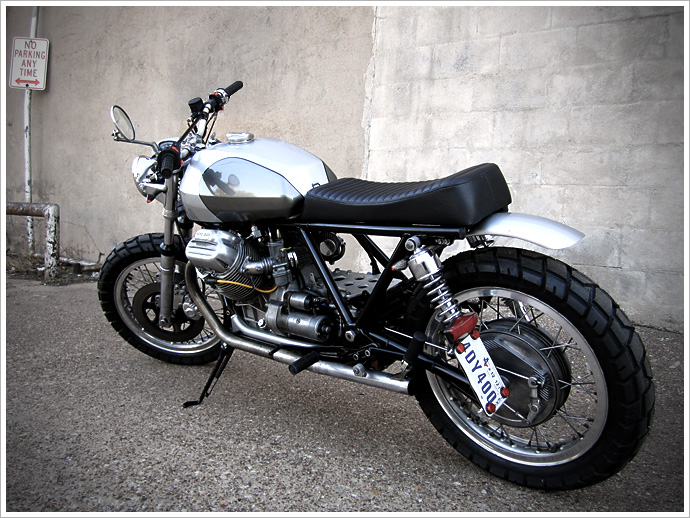 Jason built the seat and had the leather upholstered by his buddy Eddie. Jason built the rear fender as minimal as possible. Exhaust is stock headpipes into a free flowing h pipe. Rear 14 1/2 inch after market shocks help smooth things out. Stock speedo in a custom aluminum housing. Dual sports Shinko 705 tires keep it rolling. He also ditched the stock harness for a hidden setup under the tank running all the new electrics. 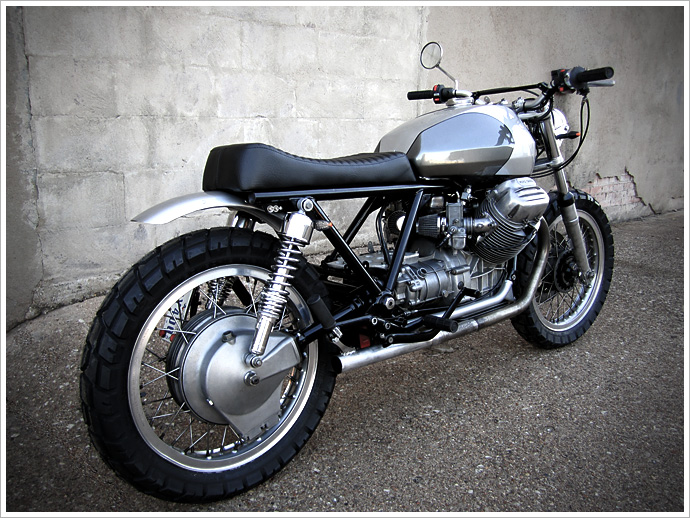 This beautiful Guzzi is now with it’s owner enjoying the twisties in California, and we’re guessing he’s probably very happy that the CB750 he originally had his eyes on was sold before he got there.

As for Jason, he has another Guzzi project on the cards, this time a 1976 v1000 with a sidecar. “I haven’t started this build yet, waiting for a customer with ideas” he says. If you’re interested and have some ideas, get in contact with Mr Wonder. 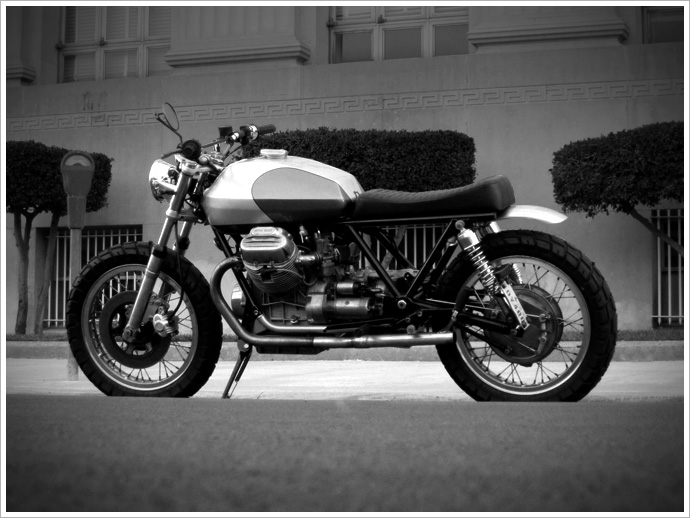