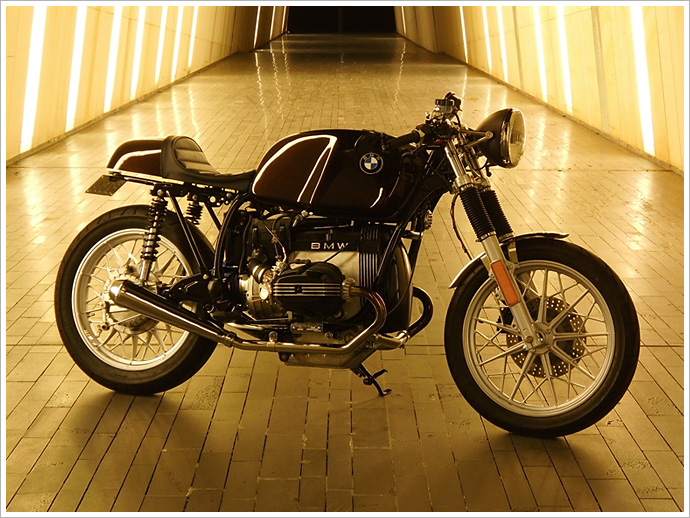 “Barn find,” they call them. And the ‘they’ in this case would be an American-dominated coalition of nations that do actually have barns. Which kind of leaves those in the world who don’t actually have barns as part of their local bucolic repertoire kinda in the lurch, don’t you think? Well, not being a nation of people who take these kind of things lying down, us Aussies refused to put up with second best and trumped the barn with a marvelous creation we call the “shed.” See, whereas a barn can contain many things that aren’t even remotely cool (take the humble yet smelly cow) the average Aussie shed will always have something cool it it. It’s the law in some states. Forget animals, ploughs, and nesting birds – sheds are much more likely to be inhabited with things like engine parts, bar fridges, welders and greasy tools. Oh, and BMW motorbikes, if Tony Botrall’s find is anything to go by… 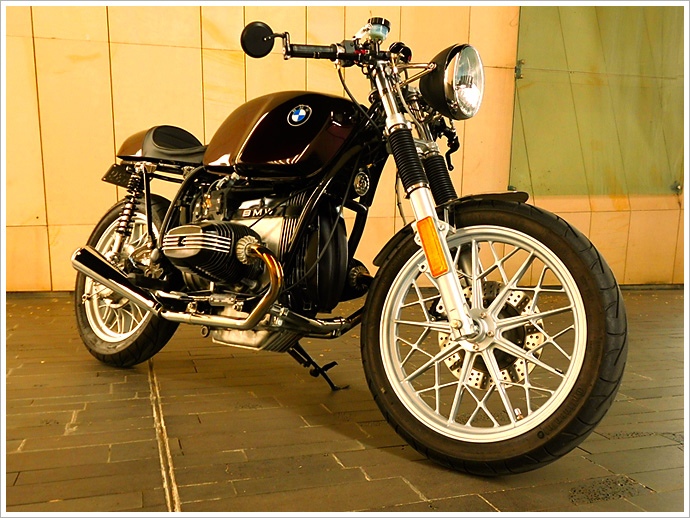 Never being one for rules, Tony decided to park his ride in the subway

Here’s Tony. “It all started when someone said to me ‘Would you like my motorbike? It’s an old BMW, but it’s in pretty bad shape.’ What was I meant to say?

Immediately ‘café’ sprung to mind. Having seen some great bikes done like this, my mind started working overtime! Wanting a R series BMW was my goal, but the owner not being sure of exactly what the bike was, I was taking a bit of a gamble, sight unseen bike, not sure of model, but hey, doing up any bike will keep me out of trouble, even if only for a short amount of time!” 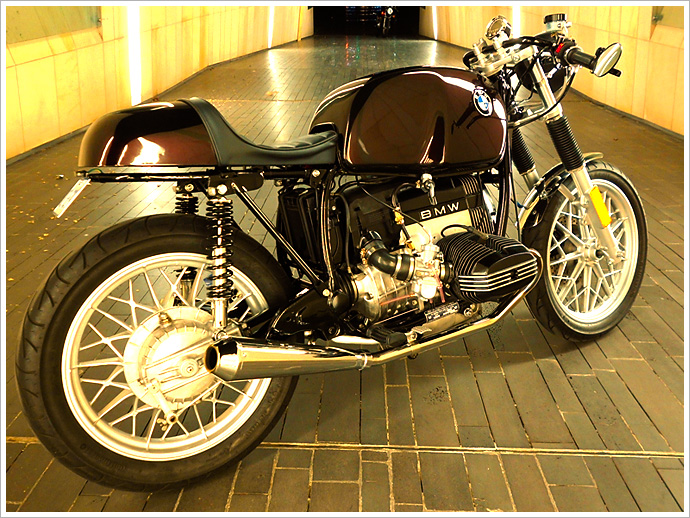 “So after talking a mate with a trailer into coming and picking it up with me, I got myself a 1984 BMW R65, and yes, it was in pretty bad shape! Having been stored in a shed, on a coastal property for the last 8 years! If they made a paint colour ‘corrosion,’ then this bike looked like it had been painted with it… But still, it had plenty of potential. And wasps, thanks to the nests they had built on the bike. Once parked safely in the garage, it was time to start removing everything that didn’t need to be there.” 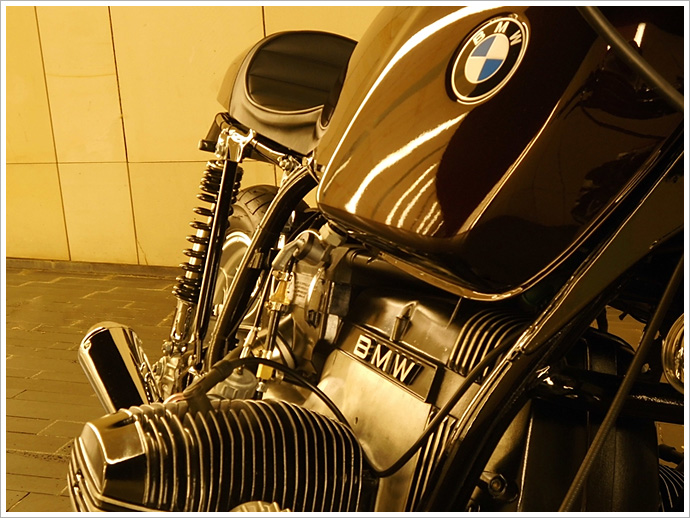 “Rust and corrosion had certainly taken their toll on all of the alloy and metal parts. After a few treatments of sulphuric acid, the alloy started to look like alloy again, so it was out with the die grinder and wire wheel to make it all nice and shiny again. The wheels got the same treatment, then a coat of metallic silver.

The frame and associated parts were sand blasted, and rust treated, before being painted gloss black. The heads and a few covers on the motor got hit with gloss black engine enamel (after the wasp’s nests were cleaned out of the cooling fins!)

Not loving the shape of the R65 fuel tank, I tracked down a R100 tank, which I promptly purchased. A few mods needed to take place to fit it on, relocate electrics, another petcock, but all in all, it just simply looks better…” 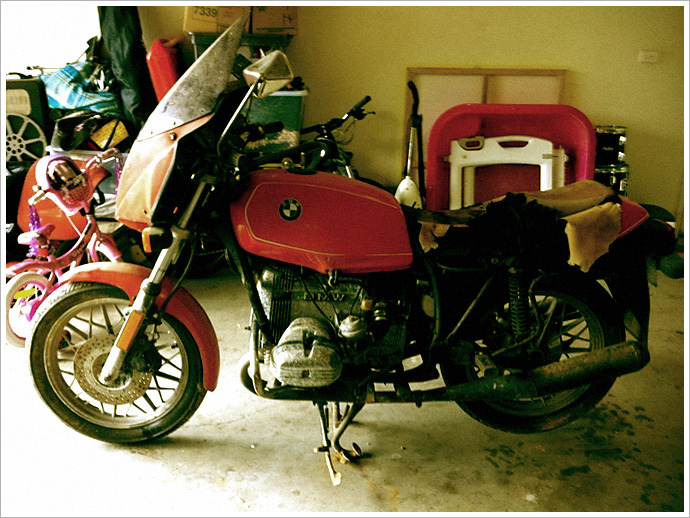 The donor bike – we’re guessing it’s not the small, pink one

“A second hand set of ‘straight’ forks were found in America, but unfortunately, when they arrived, and after I had spent a few hours cleaning the legs up, discovered that they had been in an accident, bent, and some hairline cracks, so I had to refurbish the original ones. Some new fork tubes were sourced, and the rebuild began.

Final assembly happened pretty quickly, after replacing the Bing’s with Mikuni carbs, it also fired up straight away. After replacing a lot of wiring, nuts, bolts, bars, in fact, almost everything except the rolling chassis and drive train, it was rolled out of the garage.”