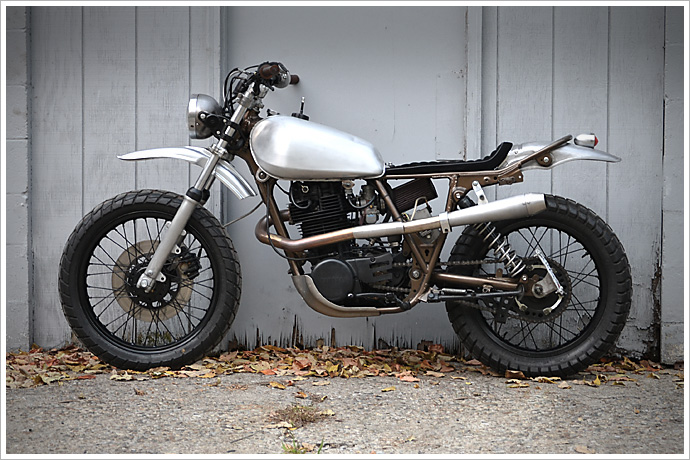 Some people dream of a day when time travel becomes a reality. Of course, for those who spend their time fiddling with bikes in garages, it’s obvious that the ability to warp time and space already exists. It’s what happens when you “just pop out the back for 5 minutes,” and wander back into the house three hours later with dirty hands and a shirty partner. Now, if only we could somehow reverse the process so that those three hours becomes the five minutes that we originally had to spare. If we could do something like that, then we’d all be able to build a bike in no time at all, just like Doug “Hawkins” Devine and his three week wonder – “Single Naked Chick.” 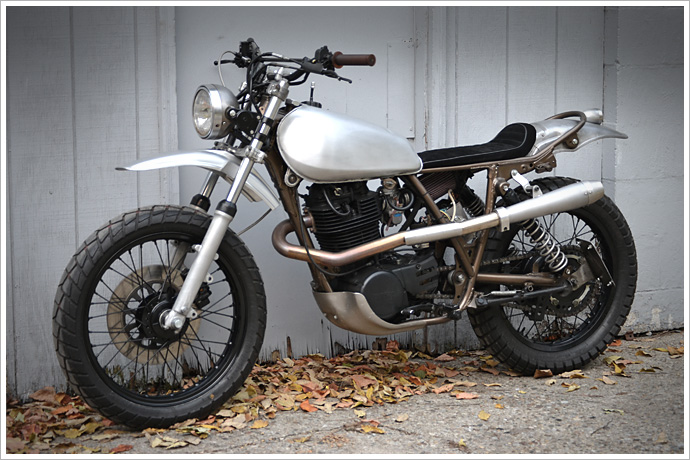 Here’s Doug. “This Yamaha XT500 was taken in about a year ago on a partial trade from a friend. I sold my Yamaha R5 earlier in the spring when I received an offer that I couldn’t refuse. Meanwhile, I had no bike to ride so I spent the later part of last spring and early summer tied up on a ton of projects for other people.

About mid-summer, I got the itch to ride and made the simple decision to just buy a good riding bike and enjoy it for the rest of the season. After searching online listings for two weeks, with no luck I might add, inspiration hit me. Early the next morning, I went to my shop and starred at the Yamaha XT frame and motor sitting on the floor like an old pair of shoes put away wet. I already knew that the CDI was bad and that Rex’s Speed Shop in East Sussex, England would be gaining a new customer so I grabbed my notebook and wrote the header, 3 weeks.” 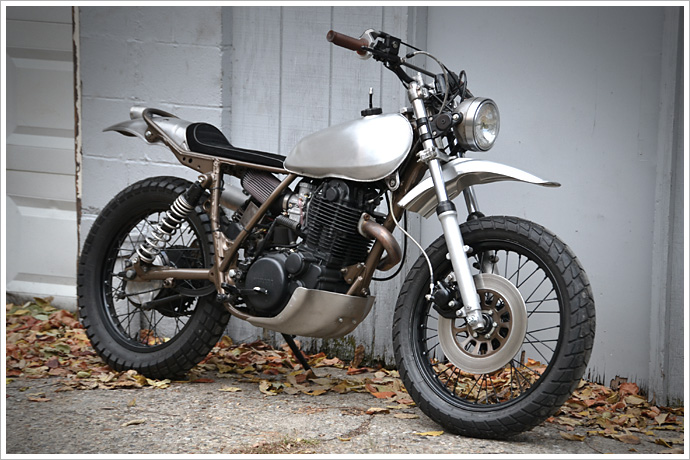 “I started with a list of parts that desperately needed to be replaced after 35 years. The top of my list included an order placed with Mark at Thumper Stuff in Monroe, Washington. My buddy, Scott Hableib, provided the XS650 front end. In one day, all the necessary parts were ordered except the exhaust and seat covering which were ordered within the next couple of days.

My next step was to build the complete bike back to stock except the front end. Then, I determined what was going and what was staying. All the unnecessary tabs were removed and, instead, I welded in a cross brace for the newly formed seat pan. I wanted the simplicity of non-painted tins and my goal was to maintain the character that was part of this bike’s history.” 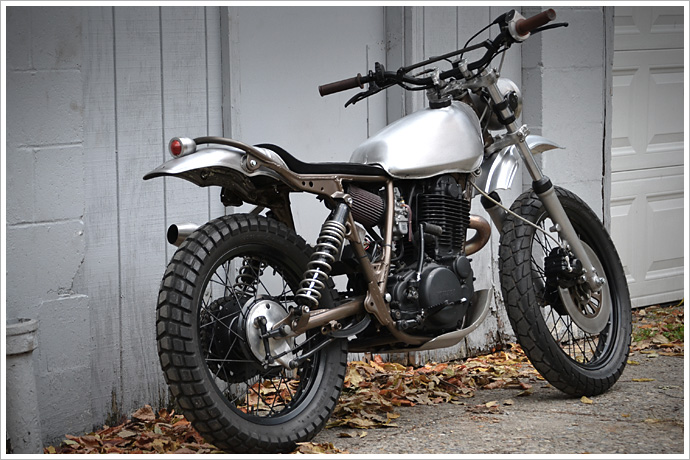 “Finally, I had to figure out the exhaust which was difficult because I wanted a high mount left exit exhaust, and I knew it would have to be custom-made by 7th Phase Inc. in Hesperia, CA. I also made a teasing comment on Instagram to a certain upholster in the Pacific Northwest inquiring whether she could cover my seat in a ten-day turnaround. To my amazement, Ginger at New Church Moto was game. Ginger is the best to work with, by the way.

The rest of the parts and frame were painted and reworked in my own shop. The bike was in roller form in a week and a half only waiting on the two custom-made pieces. When the parts arrived, they were the cherries on top! The XT was finished and inspected within three weeks (75 hours). By the way, thumpers are as fun as you would think!” 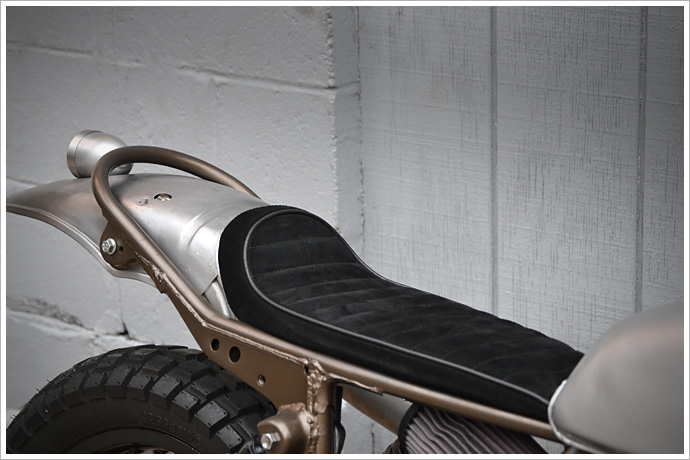