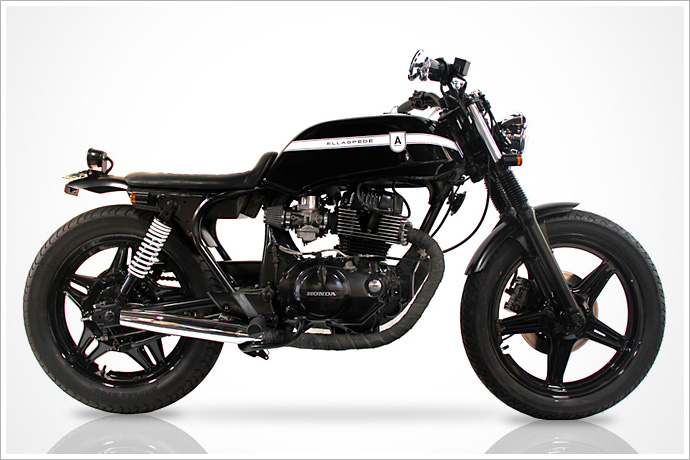 Black. The coolest of the colours. If the all the colours in the world got together and had a “who’s most like Steve McQueen” competition, black would have to be respectfully excluded after winning too many years in a row. In fact, it’s so cool that your eyes only register it as black because it’s absorbing pretty much all the light that is falling on it. So that makes it like some sort of pet black hole without all the nasty gravity and the sucking and the killing stuff. Johnny Cash loved it. Young Marlon Brando practically breathed the stuff. It’s the colour of magic, power, evil and elegance. Let’s face it, if you had to choose a single, lonesome colour to make every motorbike that was ever built between now and the end of the world, good old black would be it. And the guy’s at Ellaspede Customs wholeheartedly agree. Their latest creation plumbs new depths of black coolness and as you can see from the photos, there’s just no way you could ever imagine it being painted with anything else. 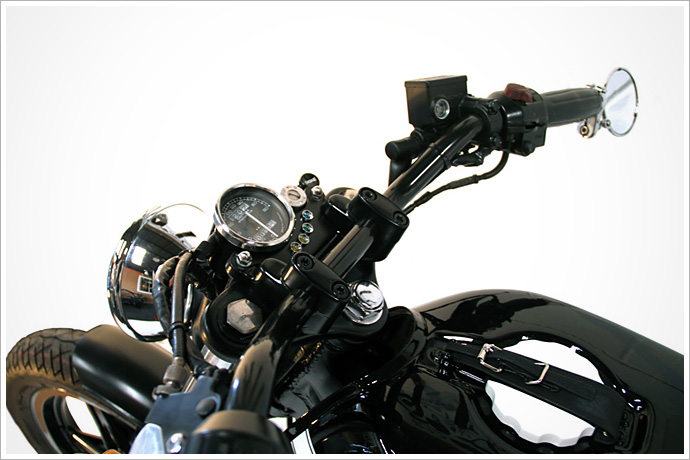 Say hello to Leo, Ellaspede’s boss blacker. “This 1980 CB250N (SuperDream) came to us as an unknown quantity via our latest customers Nick and Ben C.They had purchased it with a view to having some mods done in order to have a cool bike to help promote their Brisbane based Gents clothing store “Apartment,” and to have a little fun on.” 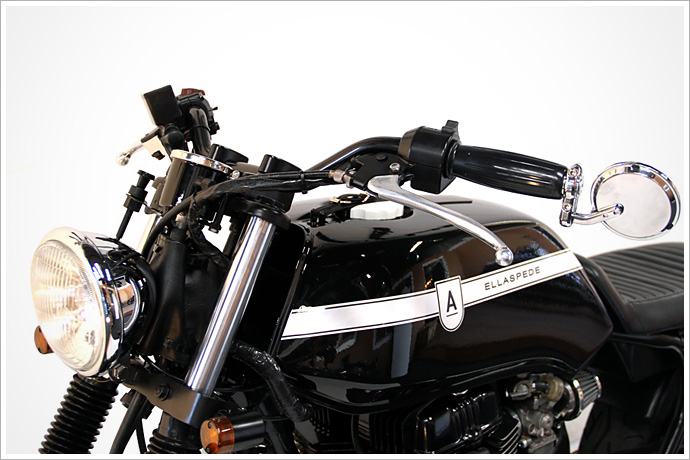 “The unknown bit led to some interesting times electrically but all and sundry seem pretty pleased with the final result. As with many older bikes it’s hit and miss as to how much work will be required to get them on the road again. To help with this we found a donor 250N that came in very handy for broken/un-serviceable items that are part n parcel with aging vehicles. With most of the repairs out of the way and a freshly obtained roadworthy certificate we went about our modding duties.” 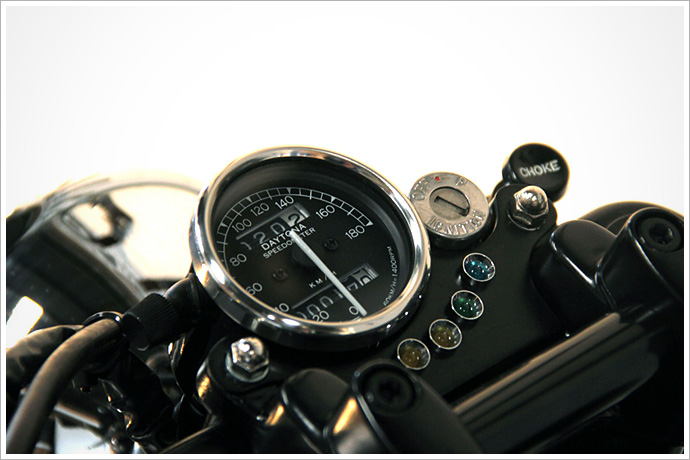 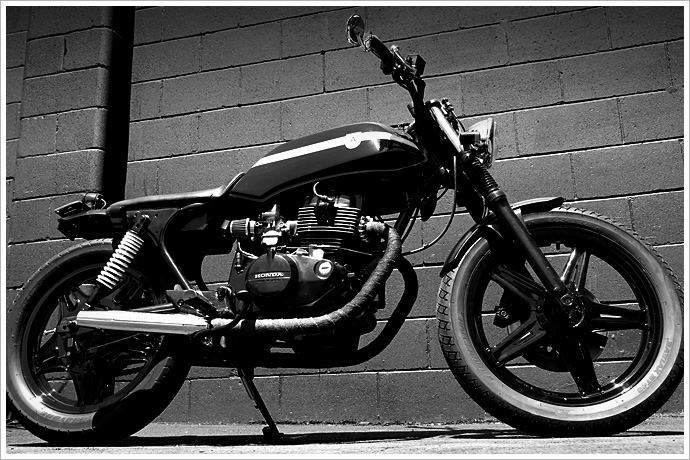 “The bike arrived already black but all was stripped and prepped before a few new coats of satin black/clear-over satin black for a much needed freshen up. Relocated battery and electrics clean up the under-seat area and pod air filters and new mufflers with wrapped pipes are now dealing with breathing duties.

This previously cheap and ugly little 80‘s city commuter now has a new lease on life and is forging an identity for itself in Brisbane’s CBD.”