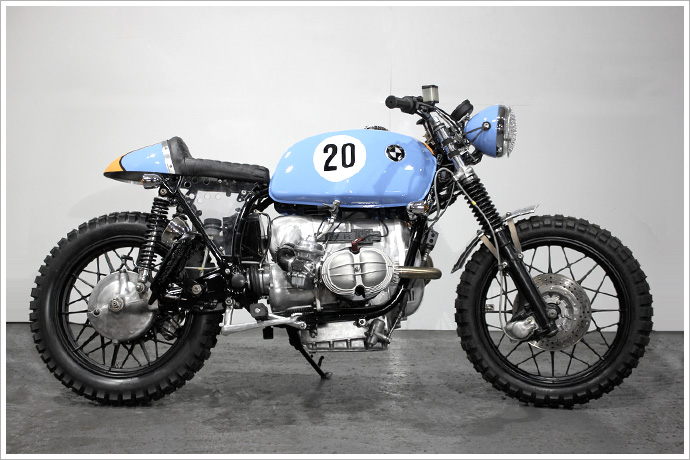 If you are going to use a race car as inspiration for your BMW scrambler project, there is not a better, more famous or outrageously cool race car than the 1970 Gulf Porsche 917 featured in Steve McQueen’s movie ‘Le Mans”. The classic Gulf powder blue with marigold orange trim is one of the most iconic racing liveries in history. Kevin Hill from Kevils Speed Shop in Devon, England, decided to use these iconic colors and Porsche 917 as motivation for this sensational street scrambler he has named “Le Mans”. Kevin has a serious soft-spot for old BMW boxers and has built too many to count over the years. He started working in the motor industry straight from school in the early eighties and has had a varied career since, including industrial model making. “I suppose that’s how I got a keen eye for detail and design,” he says. It wasn’t until 2009 that he decided to make his passion of building custom motorcycles his full time job – and we’re sure glad he did. 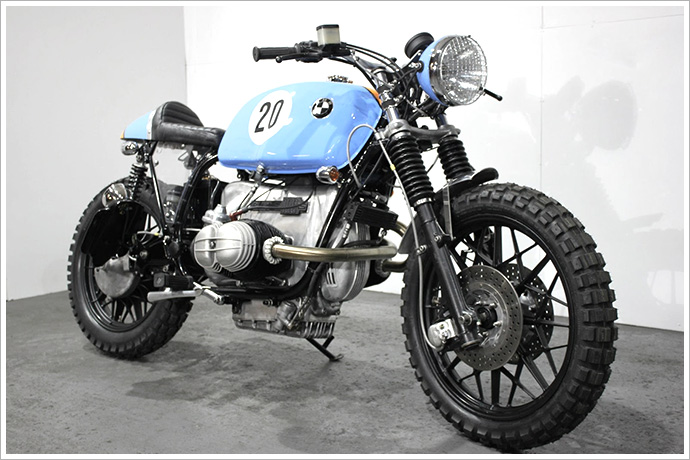 Like many of us, Kevin’s love of motorcycles started at a very young age. “Truth be told, I fell for bikes early in life,” he says. “When my dad took me to the Bristol Motorcycle Show in the seventies and I was hooked! The shiny new bikes and that smell did it for me, then I found myself in the middle of some sort of mid-life crisis and you could say bikes are my passion.” This Gulf styled scrambler has the stock horizontally opposed flat-twin 1000cc boxer engine. They are not the most streamline of engines but there’s no denying that they do look pretty sexy when sitting right. Kevils have custom made the brushed stainless high level exhaust system with cocktail shaker chrome silencer. 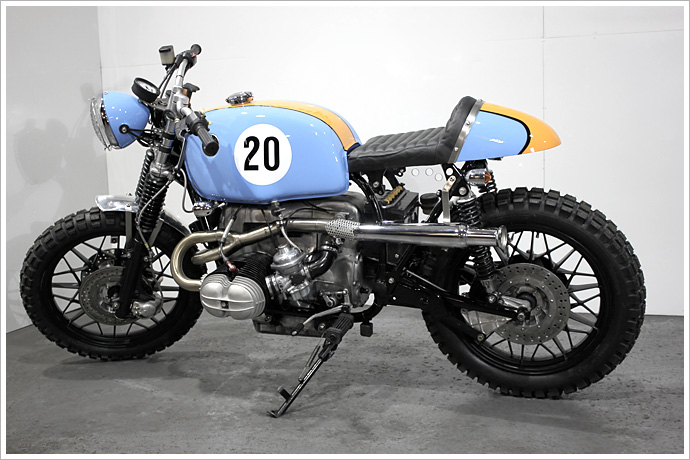 Kev has added a white faced digital speedo, custom aluminium cafe style seat trimmed in leather and has also made a side mount licence plate. The bike also features perspex side panels with air holes to replicate the endurance cars side windows from the Porsche 917 – a genius touch if you ask us. 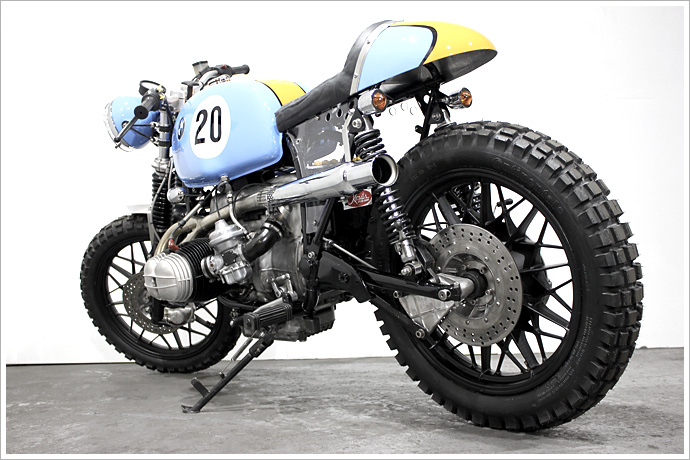 As they say, the Kevil is in the detail and Kevin clearly has a great eye for detail and aesthetics. We love this scrambler and its homage to Le Mans and Gulf racing. If McQueen was alive today, we could definitely see him loving this bike and giving it a good squirt on any given Sunday, Monday or Tuesday. 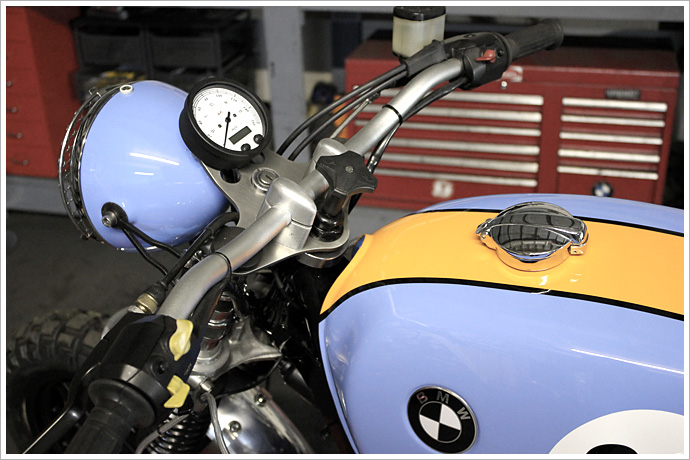 If you’re wondering what lucky bastard owns Steve McQueens actual Porsche 917 from the movie ‘Le Mans’, then you might not be that surprised to know that Porsche addict Jerry Seinfield payed $4 million for it a few years back. Nice if you have that kind of spare change, but if you ask us we’d rather pop this big prize in our garages; we’d still be up 3.98 mill and we’d be able to take it for a spin without the 10 man support team and the paparazzi in tow. Poor Jerry.

Kevils are currently building one bespoke BMW bike a month, if you want to get on that list contact Kevin here. 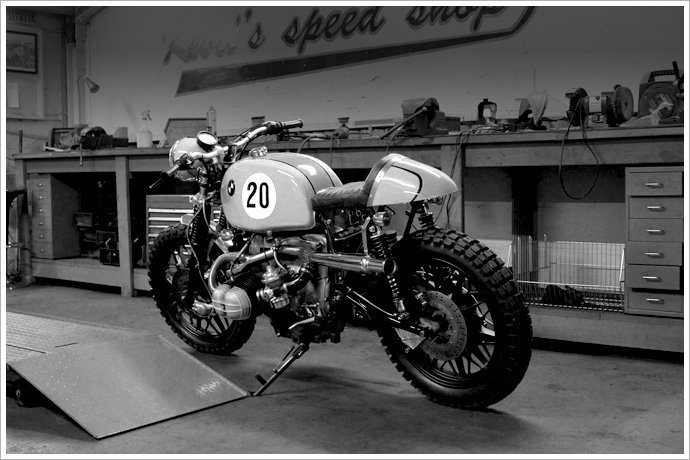