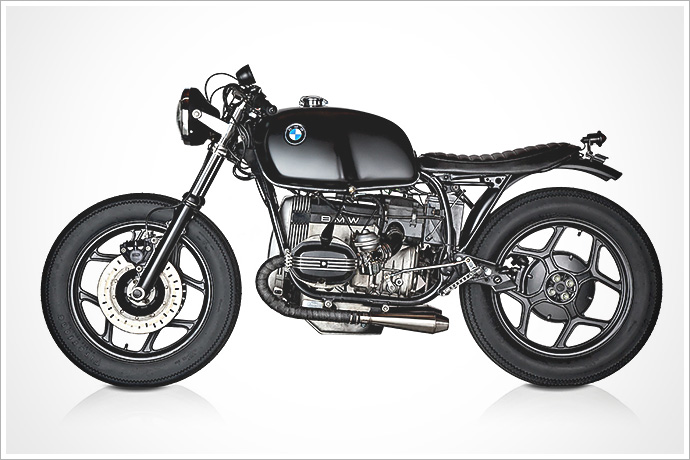 Rudy Banny’s college career began with Petroleum Engineering. That’s the art of getting crude oil out of the ground and in to pipes. But that was only for about ½ a semester, after which he found out that several calculus classes were involved, and promptly dropped out. Amen to that. Afterwards, you could say he did complete u-turn and got into a little Petroleum Deconstruction. “I’ve always been a huge fan of Brat Style. After landing a job in advertising, I fell in love with BMW’s when a buddy of mine let me ride his 1965 r60/2 and 1972 r75/5 for a week when I was shooting in LA. That was it. I fell in love with airheads. I wanted one, but just couldn’t get into the purist mentality that seems so prevalent with Bimmer owners. I’m more of a custom guy. So, I started looking for the cleanest, most pristine airhead I could find, so I could deconstruct it.” 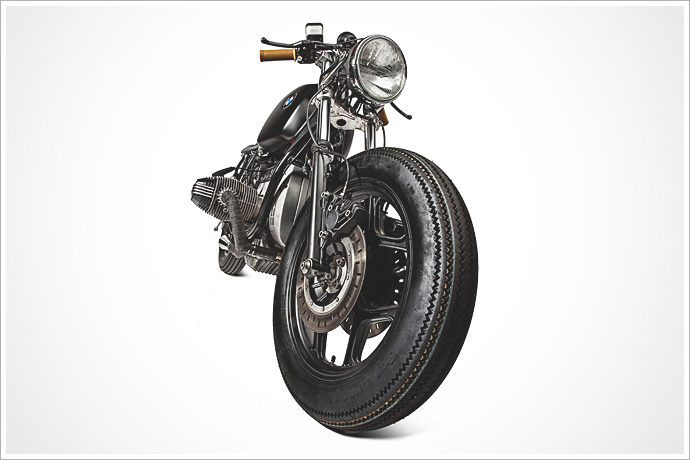 “I was intrigued by Nicholas Damen’s Bee Emm Brat posted on Pipeburn, so I used it as my inspiration for this build, except I went ‘Brafé’ Style…” 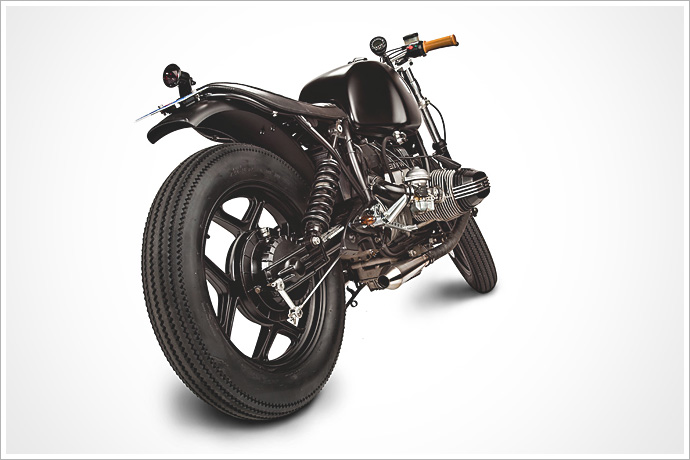 The bike started out as a fully dressed 1986 R80RS. After stripping it down to a motor and a frame, Rudy started by powder coating the wheels, forks and driveshaft flat black. He then installed an Acewell Speedo, a new headlight and fork ears and brake lines from Spiegler Performance Parts and left the RS cafe bars in place.

“Because I removed the fork brace so I could put a fatter tire on the front, I replaced the stock top fork plate with an aluminum triple clamp from Boxerworks to keep the forks from twisting.” “When I decided to keep the cafe bars, I felt the need to get a nice rear set, which I picked up from Flatracer. I kept the stock pipes, wrapped them and capped them off with some sweet stainless steel reverse-cone shorties that I picked up from Dime City Cycles.” 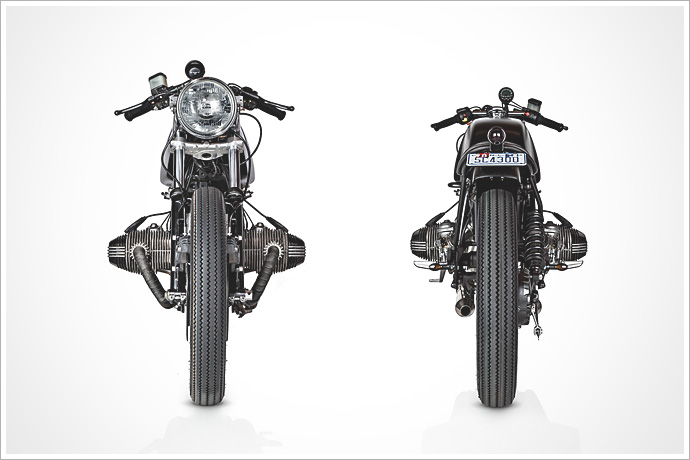 “I had the tank painted flat black to match the wheels and slapped some new badges on it as well as a Monza gas cap from Flatracer.com. I cut down and narrowed the rear sub-frame to take the Nitroheads Bratstyle Thin Seat that I purchased from Pipeburn. And finally, I cut down and powder coated a steel rear fender and topped it off with an old school tail light from Dime City Cycles.” 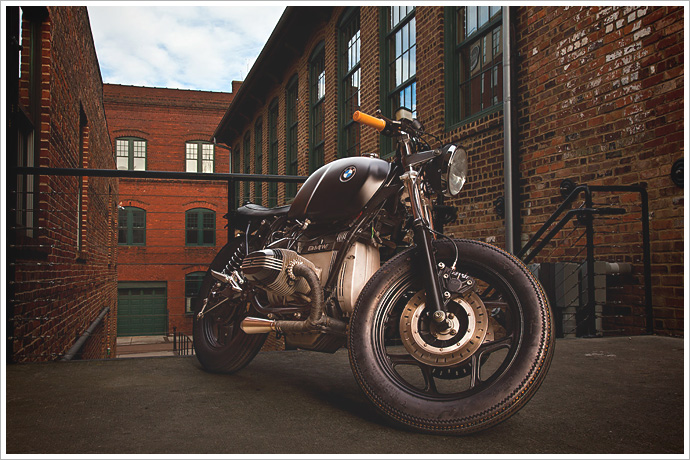