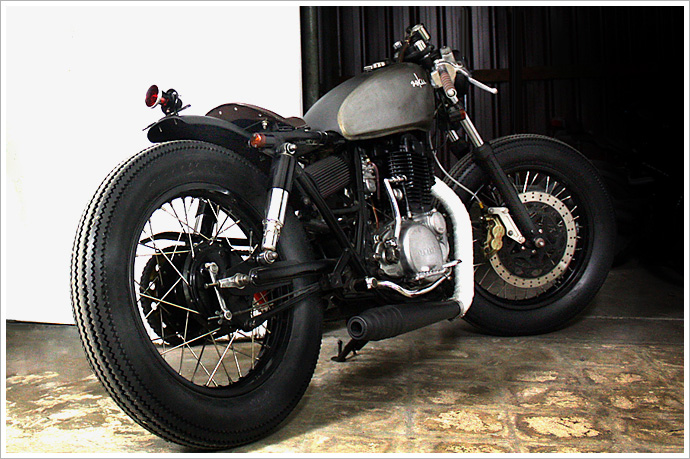 Here at Pipeburn we have a soft spot for thumpers. The thud-thud-thud of a single cylinder is music to the ears… and when wrapped in a custom motorcycle, it is even better. Based in Sydney, Australia, Zoku Motorcycles are also fond of single cylinder power – especially in the form of the legendary Yamaha SR. These bikes make for an easy starting point for custom builds, easy for any novice to try it, as the boys from Zoku found out when commencing the build. But it was worth it in the end, as they have produced a great build, with that thumping sound to boot. 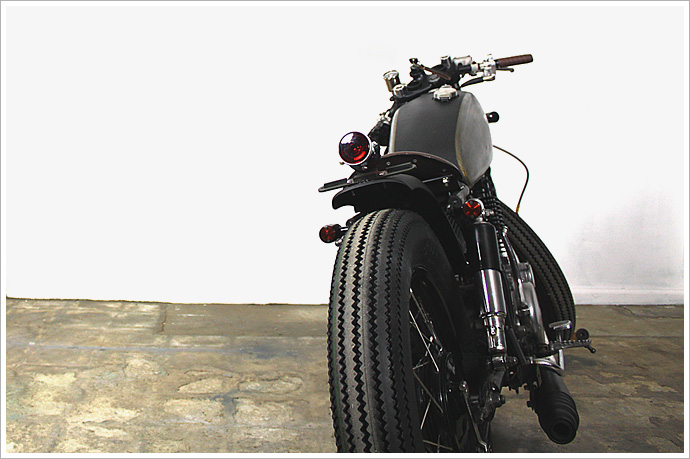 The feature bike had already been customised before it rolled into the Zoku workshop, the finish best being described as ‘wonky’. Getting to work, the rear end was taken to with a angle grinder and a short fender fitted, flanked by mini indicators. Ditching a double seat setup, the single seat was fitted and the battery box/air box removed from the frame. The original SR fuel tank was retained, although mucho thought was put into it’s look. The tank was taken back to bare metal, masked, powder coated and then sanded by hand to achieve a nice balance between the bare metal and the powder. 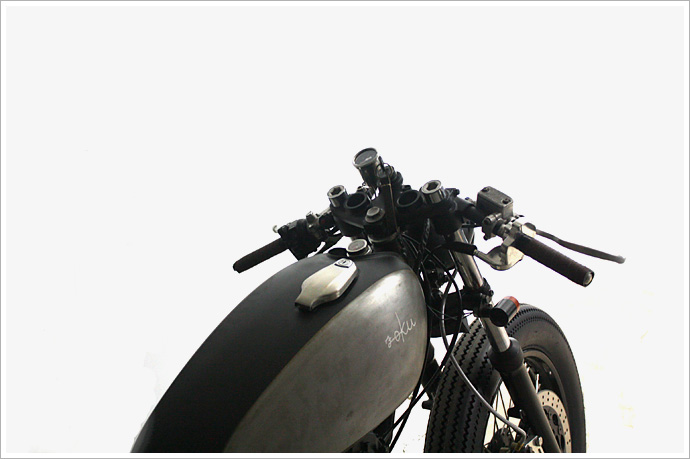 Chancing upon a set of Daytona shocks in a box of old parts, they were put to use on the tail end of the bike. The handle bars have been replaced by clip ons, hand wrapped in leather to match the seat. The front end has been lowered slightly, and is now packing Brembo braking power. Firestones are the tire of choice on this build, 4 inch wide at the front, slightly wider at the rear at 4.5 inches. A set of black rims, laced with stainless spokes round out the rolling stock nicely. 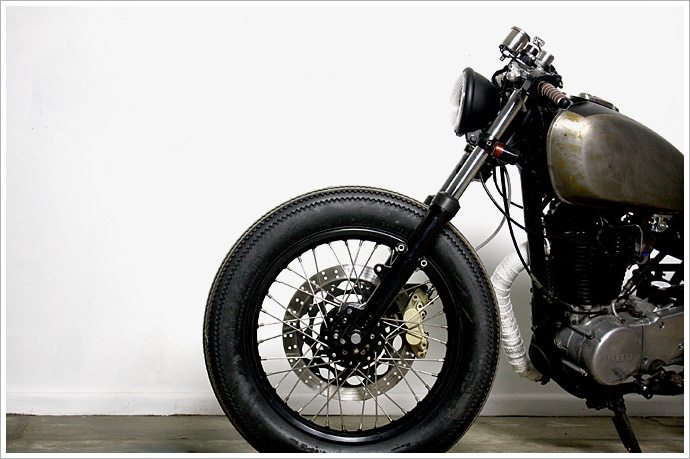 The engine has gained a coat of black engine enamel during the process, the exhaust ceramic coated and the header shortened. White heat wrap was added to the header to finish off the look the owner was after. 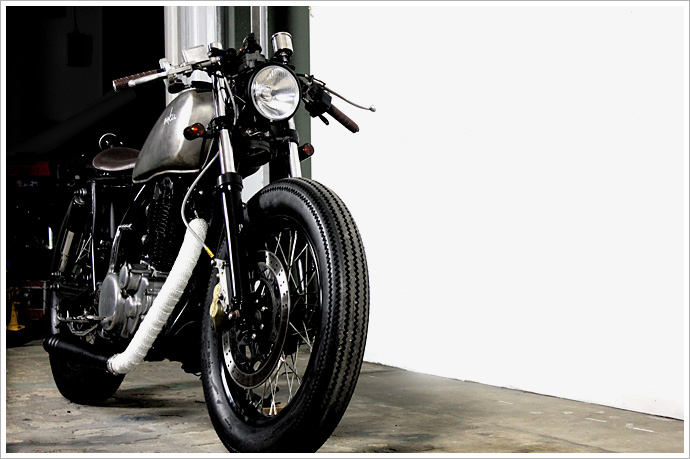 Zoku has taken a ‘wonky’ SR400 and put their special touches on it, creating a bike that looks as good as it sounds. It’s low slung stance, fat rubber and awesome finish on the tank all work together to produce a bobber style look. On the other hand, the clip-ons, pipewrap and removal of the airbox/battery from the frame all give it a sort of café racer aesthetic. But ultimately Zuku made the right choice in bike, because on top of all the customisation the icing on the cake would have to be the distinctive note of the single cylinder. Thud-thud-thud. 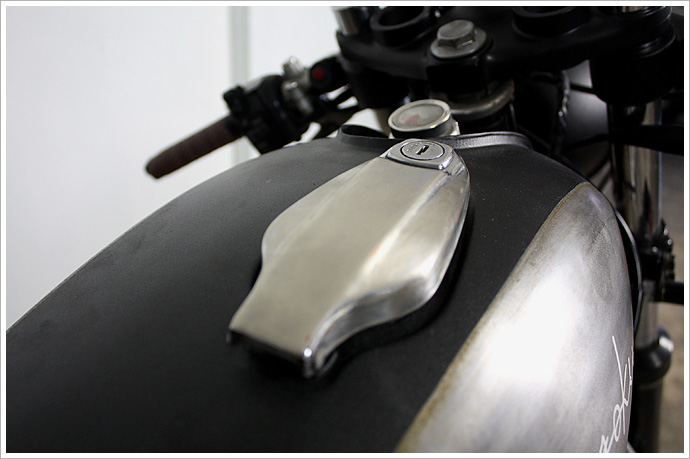