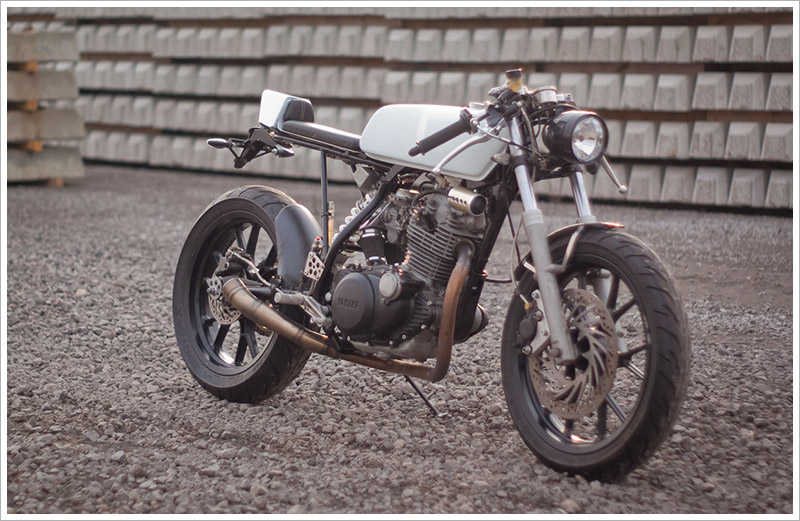 If you have ever tried to cut your own hair then you know how things can get out of control pretty quickly. I’ve tried it and it usually only goes one way. You just want to trim a bit off the sides and clean up the back, next thing you know you have totally butchered your locks and there’s no other option than to shave your head. That’s kind of what happened with this SR250 build. These part time builders from the newly formed First Notion in Belgium decided to “do a few things” to their trusty commuter bike. The next thing they knew they had stripped the bike down and were using carbon fibre, Italian leather and other fancy pants materials. The final result is this super slim SR250 with the best crew cut we have seen. 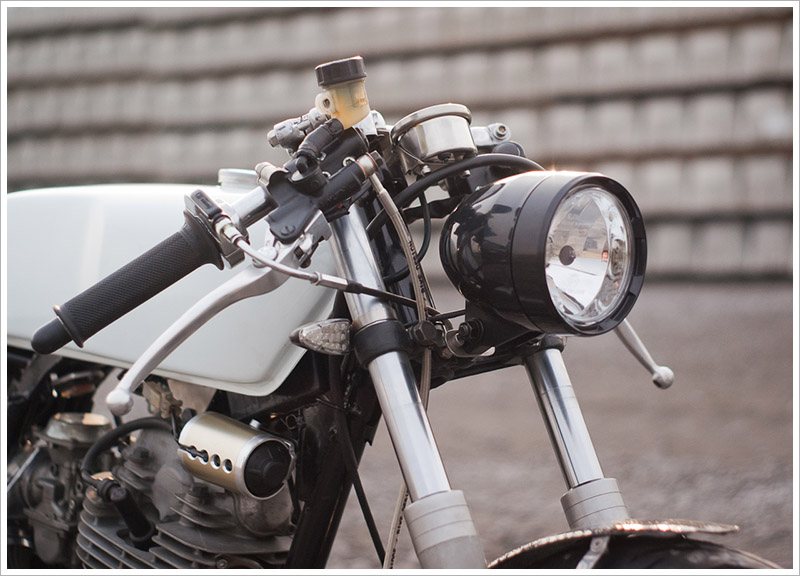 Yes, sometimes things get out of hand. “This is exactly what happened with this SR250” says Joris from First Notion. “Initially we were too busy doing other things, but our mechanic began to talk about his wildest ideas. Occasionally we had a complete “Dude forget it…” discussion. But in the end, they let their mechanic run wild with the build. 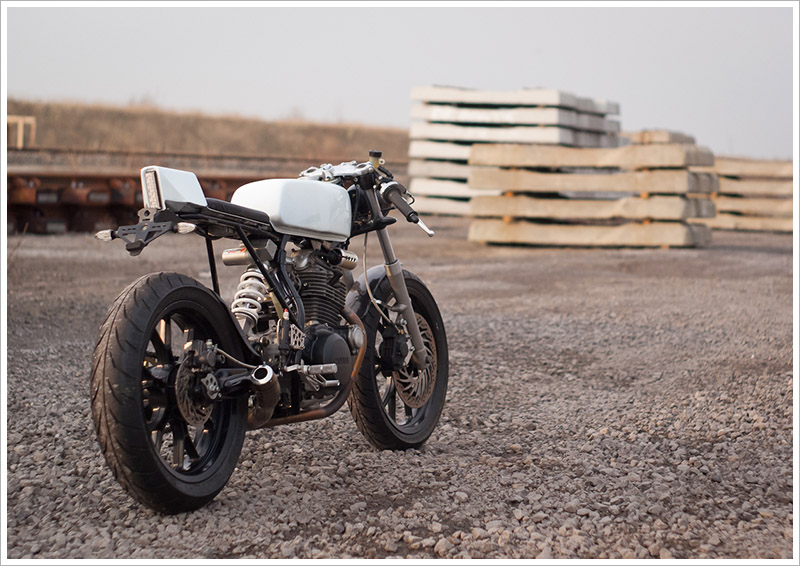 Their “mechanic” got to work on the bike. “All we know is we saw him kill an original subframe with a grinder, sculpt beauty with a TIG welder and in between molded an all alloy seat.” he says. At the rear, a custom made carbon fibre mudguard was built to subtly hug the back wheel. The stock shocks were ditched for a 600RR Andreani tuned rear shock. On the custom alloy seat sits a very slender Italian leather upholstered seat which suits the overall proportions of the bike. 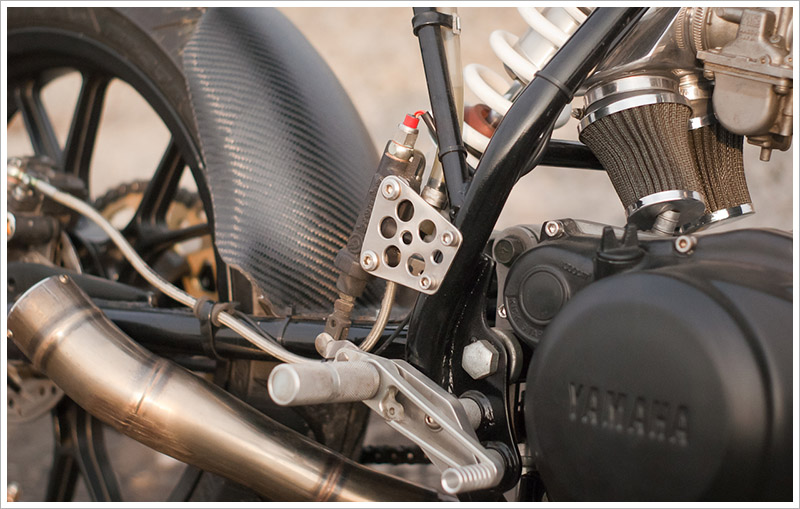 The stock tank was also replaced with a more streamlined Yamaha RD50 tank. The braking system has been updated with a brembo front caliper, braided hoses and R1- brake pump. The exhaust is a custom thin walled SS exhaust with internal damping core. 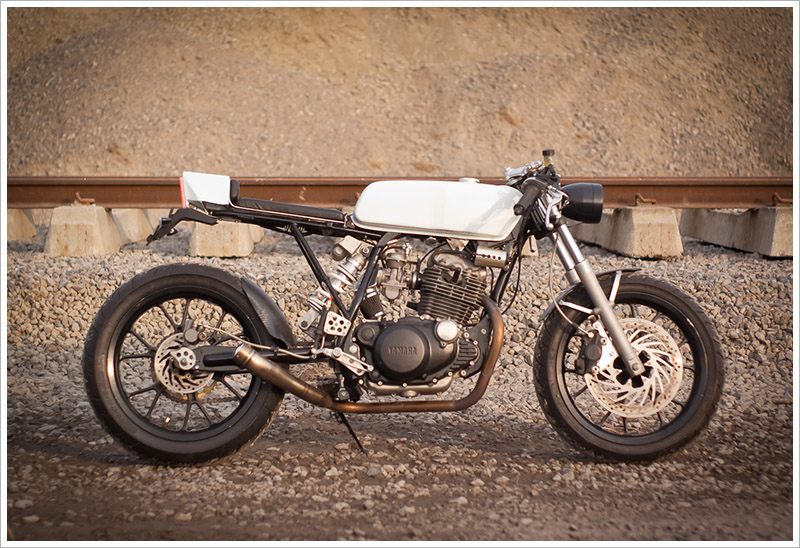 The build ended up taking a few months to complete. “Not too much changed… it still is a little commuter, well… sort of.” says Joris. This stripped back SR250 Yamaha may have had a lot trimmed off the donor bike, but it has never looked more handsome. Isn’t it great when things get out of hand but end up taking a turn for the better? 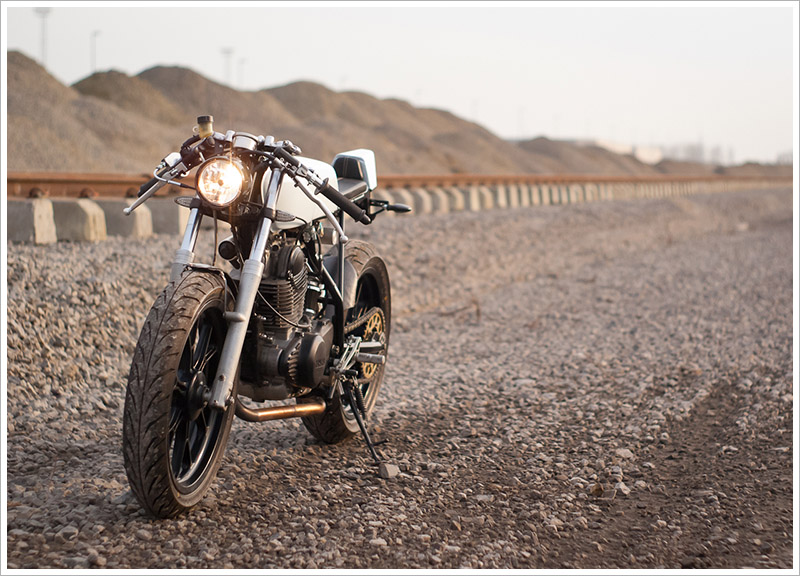 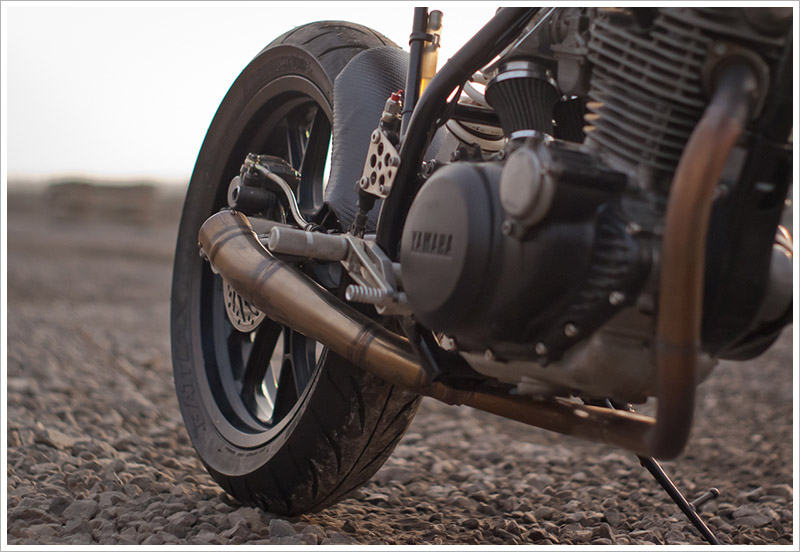 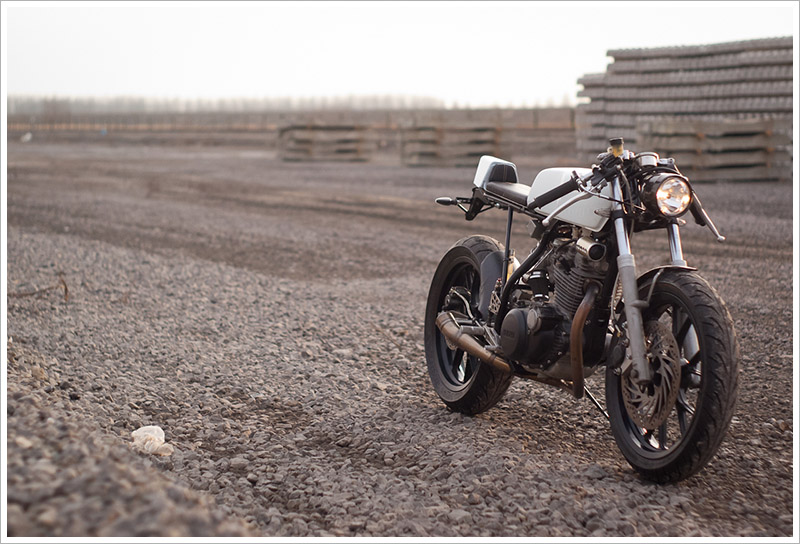