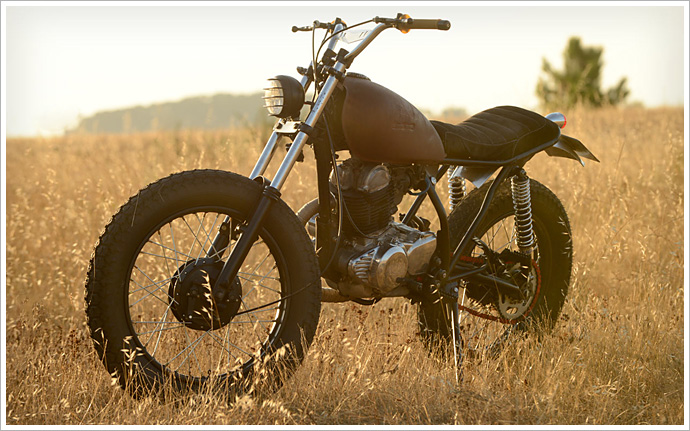 It’s that time of year. A time when our Northern Hemisphere friends are enduring the slow, steady descent into winter. And while they sadly put away their bikes and hunker down for many months of snowy oblivion, we here on the bottom the of planet are doing just the opposite. That’s right – summer is coming. You can smell it in the air, and unless you haven’t cleaned your leathers from last year, it’s probably the sweet perfume of spring flowers. That’s why this bike instantly caught our attention. There’s something about it that screams summer like a Tourette’s surfer with a loud hailer. The only thing missing from the shots is a case of cerveza, a beach, and a few surfboards. Like a warm breeze, here’s the latest from Spain’s La Raíz Motorcycles (now Machete Company). 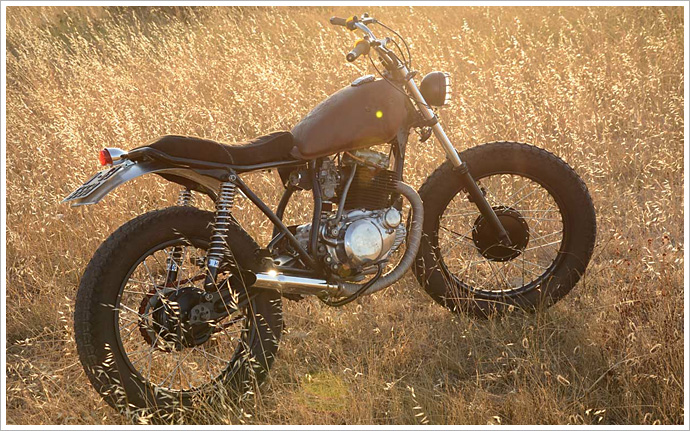 “Hi, my name is Gonzalo and I’m the co-owner of La Raíz Motorcycles from Vigo, in Spain. I’m responsible for graphic design and I’m also in charge of skateboard and surfing department. I´m the happy owner of this restored Yamaha SR 250 from ’81. We called this Project the “Mark & The Mysterious”. As you can see we have changed some parts, like the handlebar, tyres, exhaust, suspension, rear fender and seat. On top of this we have simplified the electrical system and made the subframe shorter and higher. 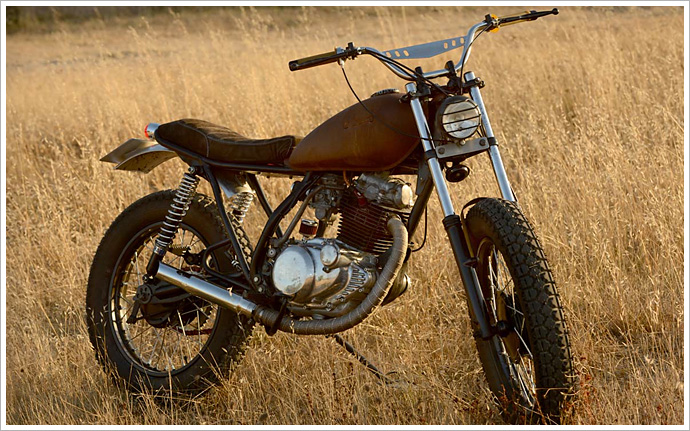 “We gave the petrol tank an old rusty look by splashing seawater over it for two weeks straight. Coloman, our friend who is a tattoo artist and painter from Lugo, designed a skull on the lid of the petrol tank. We have made the engine stronger by changing the cylinder, piston and valves for brand new ones. We also reduced the gear ratio.” 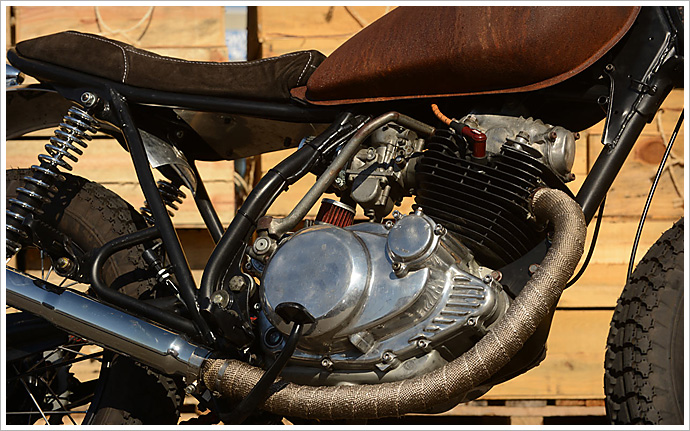 “We had added difficulty raising the swing arm to make the motorbike higher, so we had to change the rear brake position and the braking mechanism. Another issue was where to hide the battery. Finally it was placed under the swing arm and it fits well while being completely hidden.” 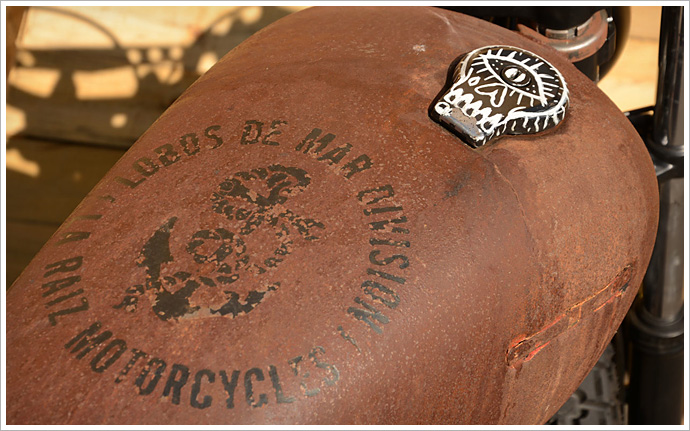 “The donor bike was completely abandoned in an open air vineyard; it was completely rusted, even some parts inside the engine. The motorbike is inspired in the forgotten navy boats wrecks that are absolutely and totally rusted on some distant tropical island. Despite their age, you can still see some markings that have disappeared in some places yet they they still let you know a little bit about their history. We love this idea.” 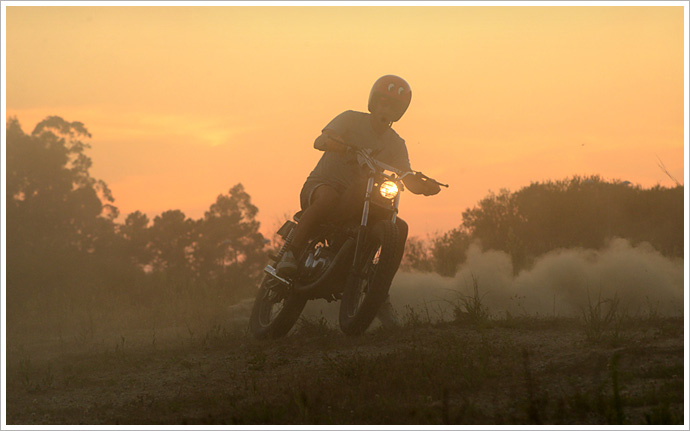 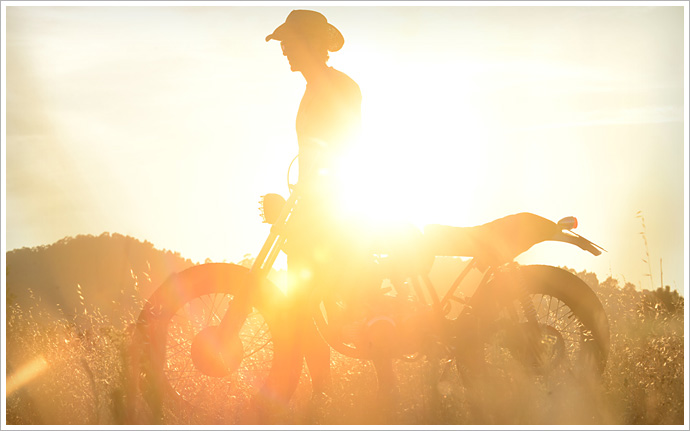 You still here? We were going to write a nice ending to this piece, but you know what? Apparently the swell at Bondi is running at 3 metres and someone’s just gone on a beer run. Also, there’s a BBQ to light, so you’ll just have to make do and imagine it all by yourselves. Hasta mañana!