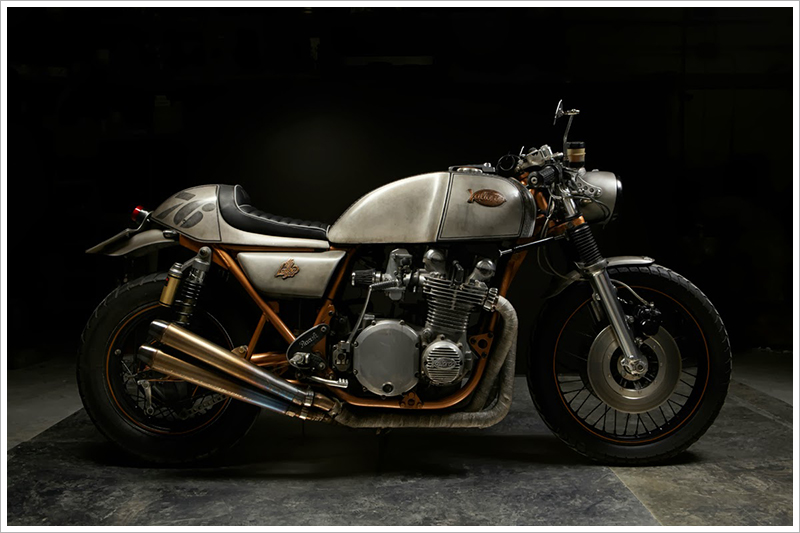 If there is one material Pablo & Carlos Delgado are comfortable working with, it is metal. The brothers have been ‘traditional metal craftsman’ since they started their foundry back in 1995. Having been brought up as the children of a famous Spanish artist, the brothers always knew they were destined for a creative career using their hands. They started out building art and sculptures out of metal, and I guess you could say they are still doing that, except now their sculptures have two wheels and engines. Apart from metal, the Delgado brothers have a passion for vintage Kawasaki motorcycles, particularly anything starting with a Z. This is the Z900 they recently built called the ‘La Latina 900’ which recently rolled out of their Spanish based workshop in Madrid called Valtoron. 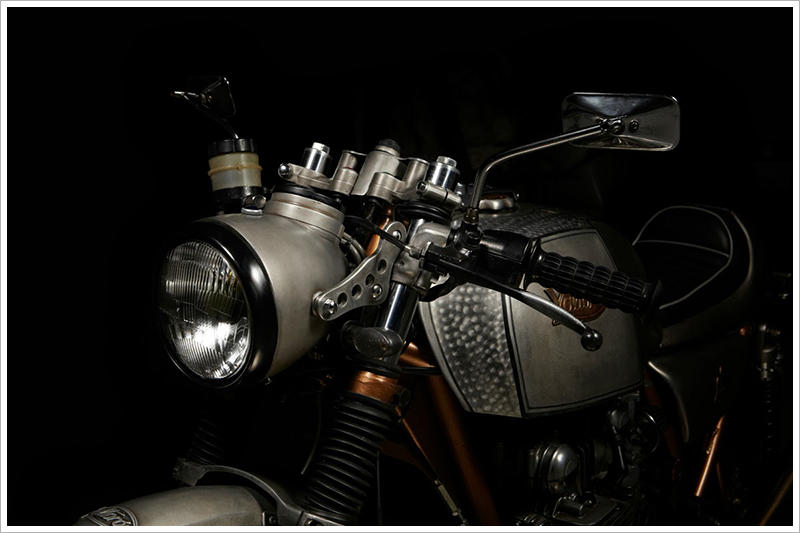 The build started with a very basic 1976 Kawasaki Z900 A4 that was in need of some attention. The brothers started by doing what they do best – they started beating metal. They created the complete alloy bodywork, the short but proportionally balanced café racer seat, the handmade headlight brackets, the chain cover, the registration plate holder and the triple tree. As for engine mods, they have opted for four Mikuni 26mm carbs with K&N filters – which should make it not only sound great but fun to ride. 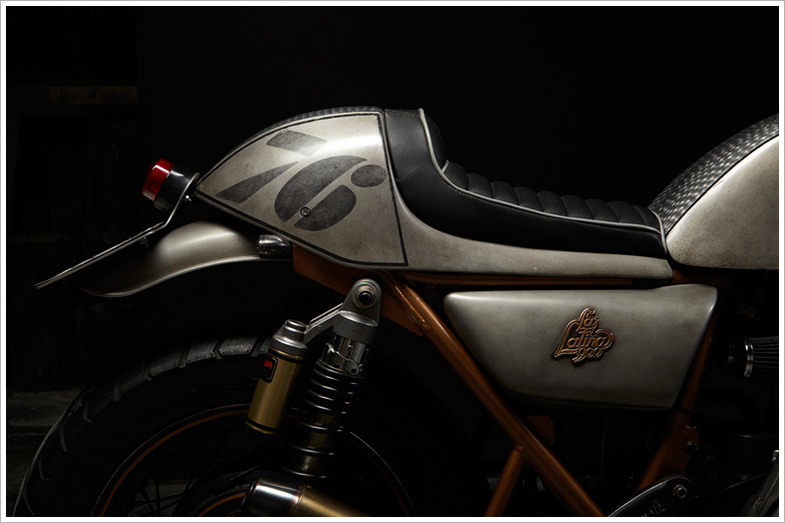 The stunning alloy custom 4 into 4 exhausts were of course hand made, as was the tank which also got a custom brass gas cap. One of the only parts the brothers didn’t build is the Raask rear sets and controls. Valtoron have made the ride abit more comfortable with Showa rear shocks and a Kawasaki 36 mm fork. As for braking they have used a double 296mm disc brake and on the rear is a 200mm drum brake. 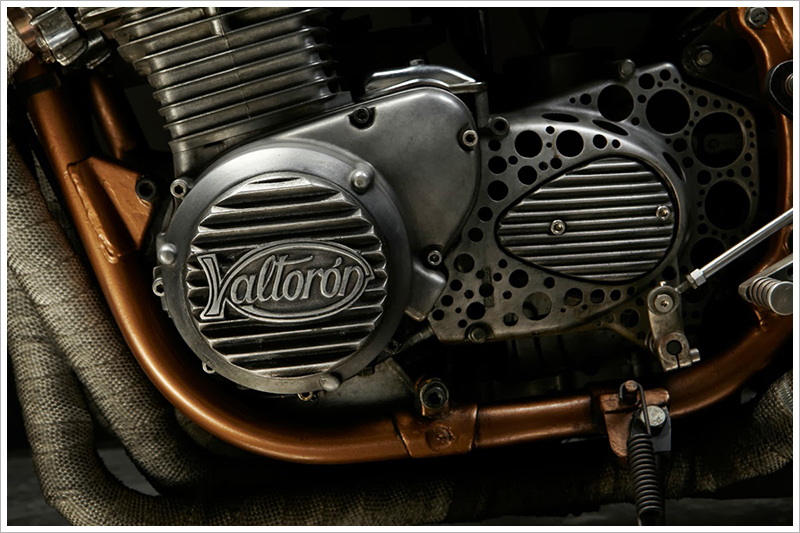 We love the craftmanship that has gone into this build. Have you ever seen so many custom badges on one bike, that are all beautifully designed and handcrafted? The term ‘rolling art’ may be a very over used phrase these days, but we think La Latina 900 and the Delgado brothers have created just that. Don’t you agree?

Photography by the talented Kristina Fender. 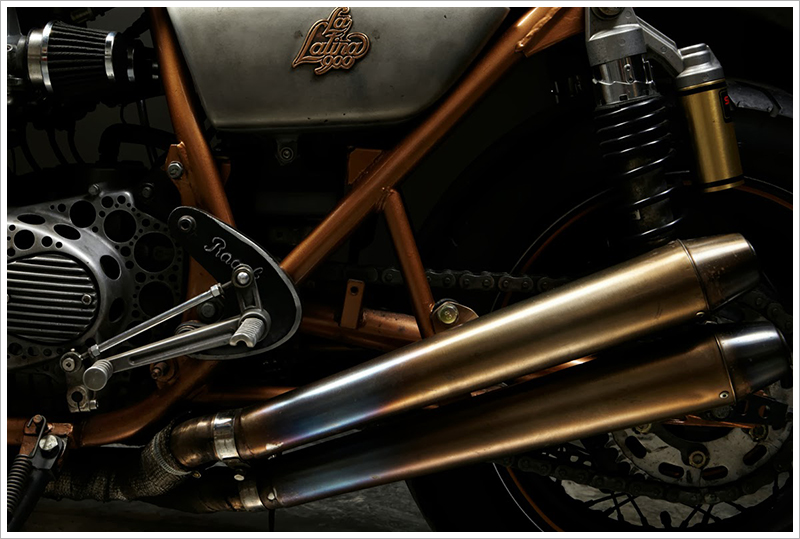 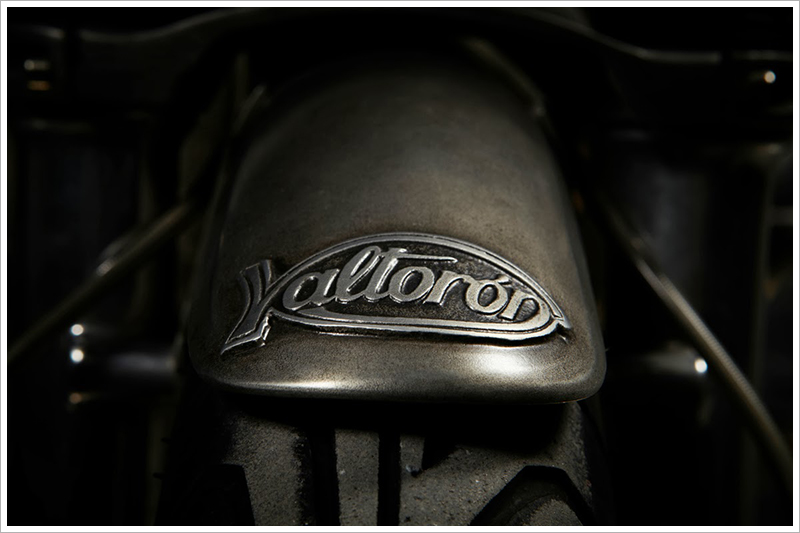 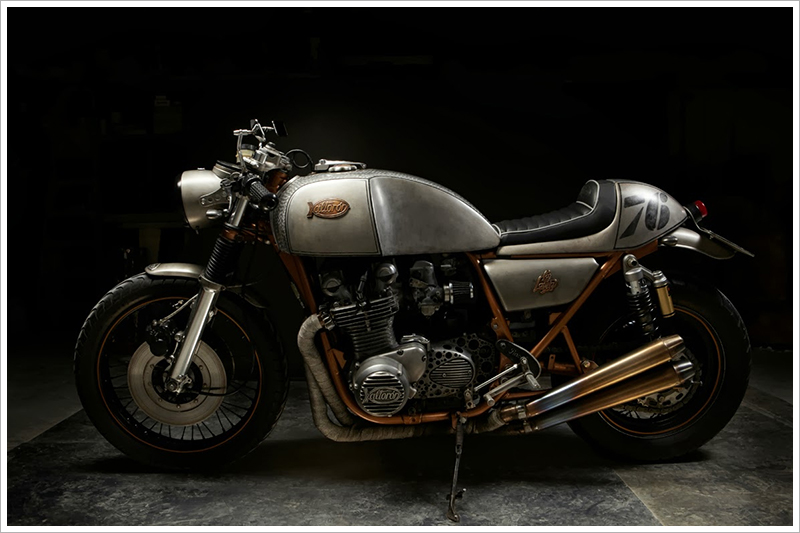