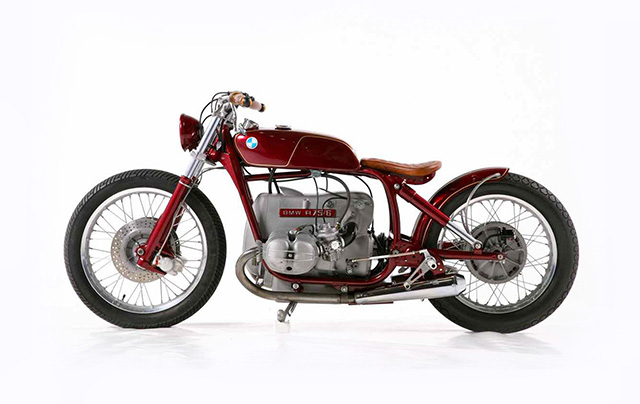 You’ve got to admit, when it comes to balls-to-the-wall cool shit, the Germans definitely punch above their weight. They kicked the modern world off to a great start in 1885 with the car, and they pretty much haven’t looked back since. Computers, rockets, jets, helicopters, the machine gun and of course the motorcycle; all realised by our industrious little Deutsch buddies. Which brings us to our latest feature bike. It’s not only based upon one of the nicest bikes to ever come out of Germany, but it’s been suitable modified by one of the country’s premier custom bike builders. A perfect storm of mutterland genius? We’d like to think so. Introducing the latest build form Kingston Custom – their bobbed ‘75 R75/6. 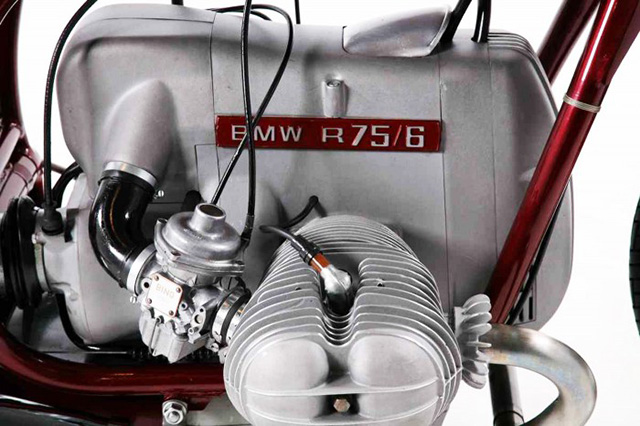 “I’ve always wanted to create a BMW in a Kingston style,” says Kingston Custom’s leiter, Dirk Oehlerking. “BMWs of this era have a completely independent and unique species that really appeal to me. In my head, I could see a sleek, flat custom bobber with a look that is really sleek and minimal.  To build great bikes you need a vivid imagination, creativity, perfect technique and above all you need passion. The bikes I have been building for decades always have my personal touch. I try to make the bikes unique by adding my own personal touches.” 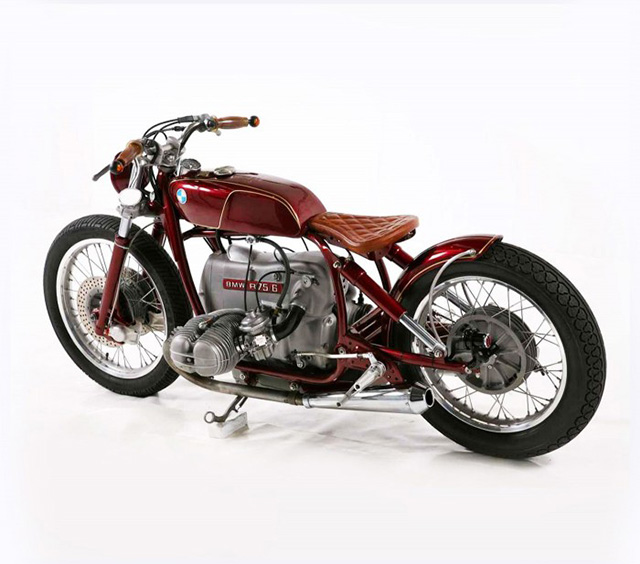 “So then one day I had a BMW R75/6 1976 in front of me – or more correctly, I found one in at a local BMW dealer. The bike was built in 1976 and it’s condition was pretty good, as were the mechanicals. I had the vision to build a bobber, and now I had to make it a reality. I started with a full engine rebuild and glass bead blast. I then cleaned up the frame and re-welded the shock mounts.

Next I moved onto the wheels, which were also blasted and then respoked. Then the seat, which I made especially to fit the frame, as well as myself. Then the discs were punched and I added a few other Norton accessories to it, which I’ve detailed below. The speedo was particularly difficult to place, but one I’d chose the Yamaha tank, the placement was pretty obvious. I finished it off with a set of Metzelers with a ME 33 100/90-19 on the font and a ME 77 4,00-18 at the back. Then she goat a coat of paint – I want something classic and thought that a dark red with gold striping would do the trick… and I think it really did.” 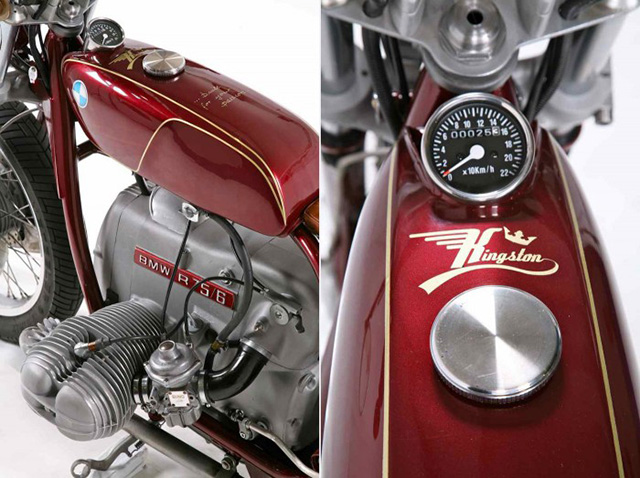 “Other finer points include rear Sachs Hydrocross 420mm shocks, a complete rewire, an exhaust from Norton, a rear fender from us, a tank from a Yamaha 50cc SF, a Bates headlight and Tarozzi footpegs. We all really hop your readers like it. As for the future, our next projects are an NSU, a Triumph and a Honda CX 500 Turbo, with a new turbo from a Smart car.” 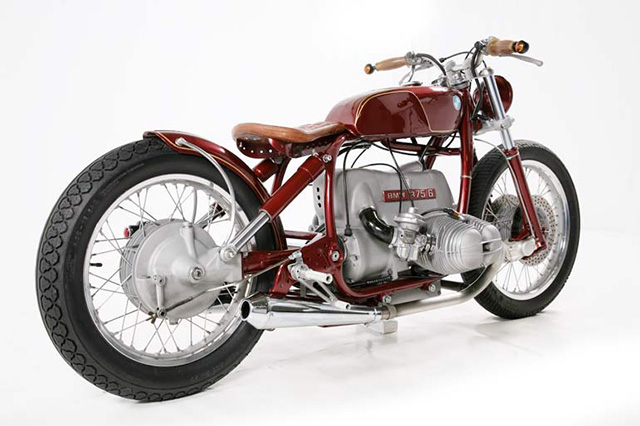 We don’t know about you, but that’s just about the best use of a Smart car since some lunatic popped a Hayabusa engine into one. Can’t wait to see the results – stay tuned for the full story when Dirk’s done. 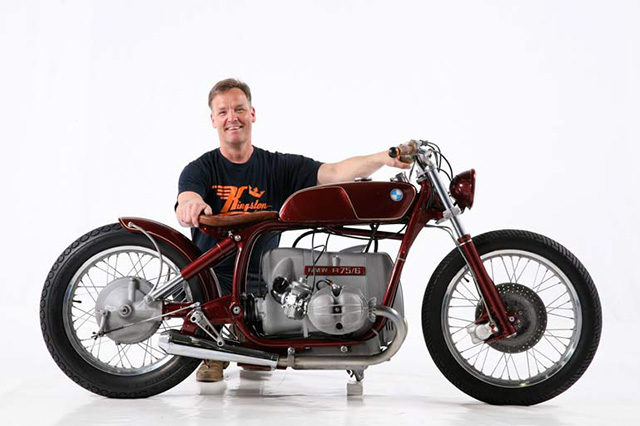