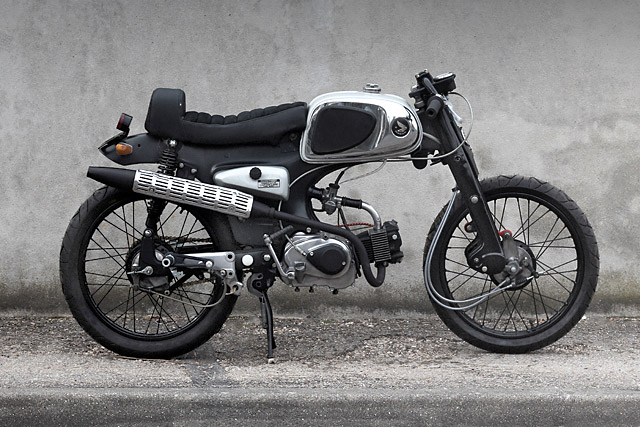 ‘Jolie laide’ is a unique French expression that is often used to describe someone or something that is unconventionally attractive. The direct translation into English is ‘ugly beautiful’, but you’d be mistaken if you were to think that the phrase was a case of damning with faint praise. It’s been used in reference to some of the world’s most beautiful women, include Sofia Coppola and the remarkable Charlotte Gainsbourg. And today we’d like to use it in reference to something else rather remarkable. Meet the most ugly beautiful bike we think we’ve ever seen, Dauphine-Lamark’s unconventionally beautiful ‘69 Honda C110. 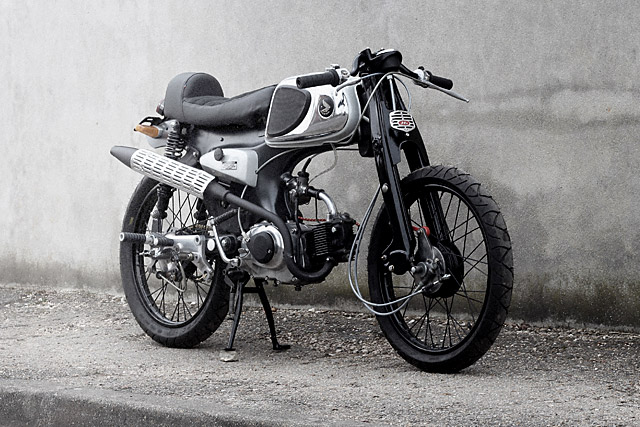 “This is my new time machine,” say’s DL’s Philippe Ricaud. “It’s a 1963 C110 that eats 125s for breakfast. I brought this bike on the internet for $50. The engine was dead but the overall condition of the frame was rather good so I took her home.” 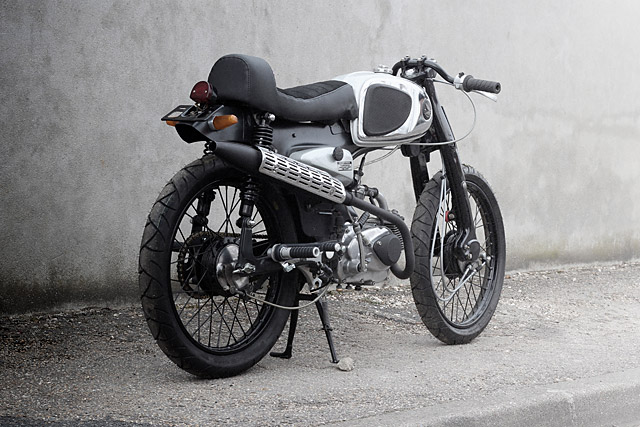 “For this bike I wanted to create a simple, fuss-free racer. I also decided to create it with Honda NOS parts. I started with the engine and installed an S65 piston and a 16mm carburetor with nice, big jet. She goes all the way up to 60mph now, which is pretty exciting if you happen to be on board.” 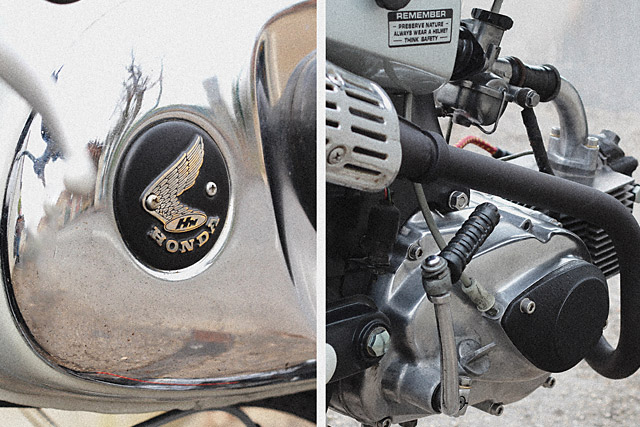 “Next I decided to reduce and reinforce the front forks, which really made the bike look more trimmed down and lean. I also reversed the handlebars, added some sporty Michelin tires, and topped it off with some cool Takegawa grips.” “Dauphine-Lamarck’s speciality is 60s, 70s and 80s Honda motorcycles; we aim to make our bikes accessible, especially for suburban Parisians, and therefore we often choose smaller Hondas. The Philosophy of DL is all about the passion for the history of objects, or the beauty of their past. What can we do with these beautiful old things? Honda have a lot of popular two-wheelers under 126cc with beautiful histories. And the best part is that people still appreciate them, in spite of modern influences.” 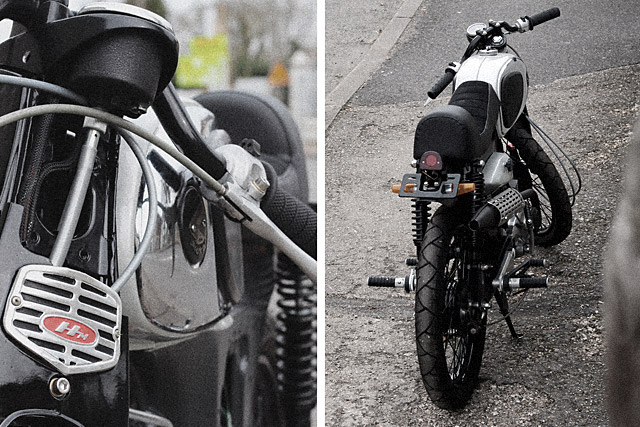 “I think that the motorcycles we create correspond more to a way of life than to some specific genre or type. Hopefully that shows in this build. I hope your readers enjoy it.” 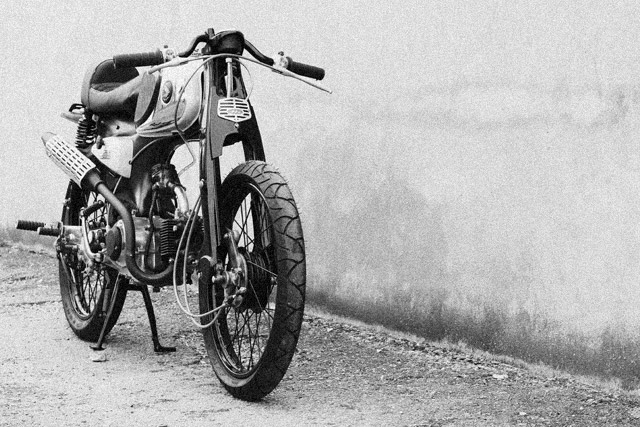