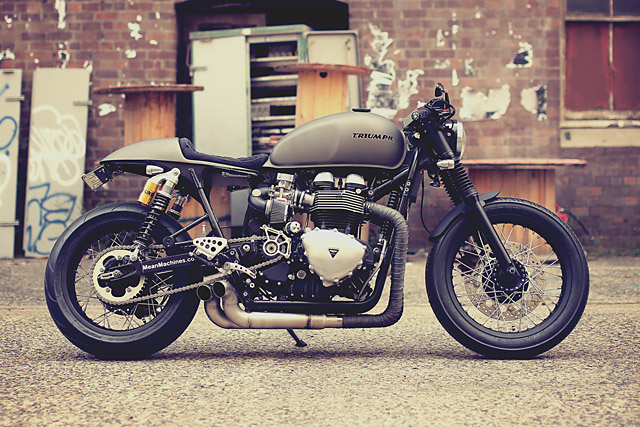 Ironically, Wenley Andrews from Sydney based Mean Machines is one the nicest blokes you could come across. But give him a wrench and a Triumph and he turns meaner than a junkyard dog on a particularly bad day. This Dr Jekyll and Mr Hyde split personality is probably why he keeps building these bikes; they just seem to have the right dosage of toughness, style and simplicity. The latest bike to roll out of the Mean Machines ward is this beastly 2013 Triumph Thruxton – not bad for someone with an identity disorder. 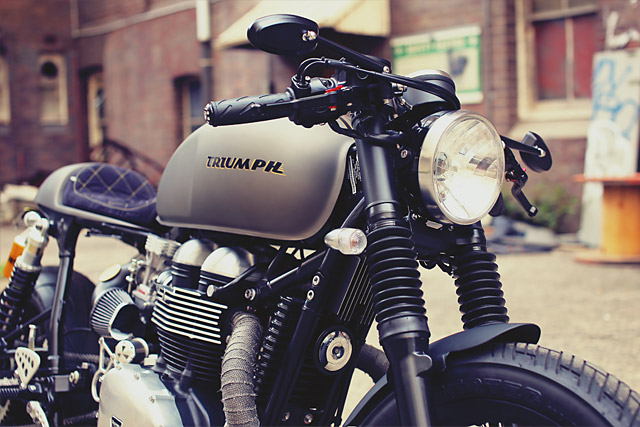 So when Wenley’s friend Luke asked him what bike he should get, Wenley immediately recommended his favourite donor – a Thruxton. Then he asked Luke what he wanted the bike to look like. “I want it to look mean” replied Luke. Instantly, Wenley knew he had asked the right person and had chosen the right company. “We looked at a few Thruxtons, but most were miss treated” says Wenley. “So Luke decided to purchase a brand spanking new one”. First, Wenley stripped the bike, leaving the engine and swing arm intact. “Then, starting from the front, we added fork gaiters, a custom one-off moulded fibreglass fender, and custom headlight brackets with 5″ headlight stuck as far in as possible to give it that tight look.” 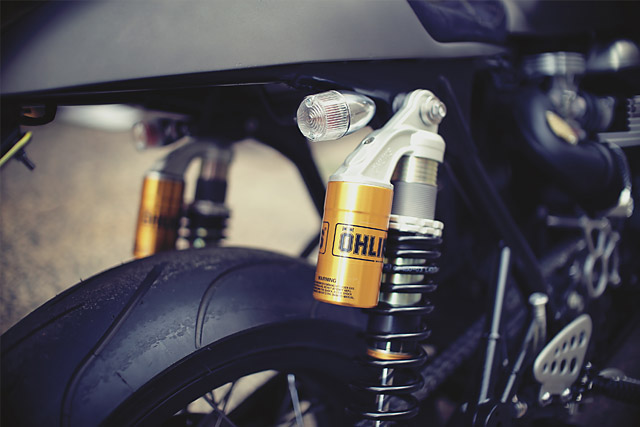 They then had a custom CNC top tree made up, along with the clip-ons. They wanted to use the existing speedo for can-bus cabling reasons, but decided to custom make a smaller speedo to surround it. “Now it sits seamlessly with the top tree and to top it off we added some idiot lights.” Moving to the rear of the bike, it has a one-off fibreglass café style tail unit, with a beautiful hand made suede seat with diamond stitching. 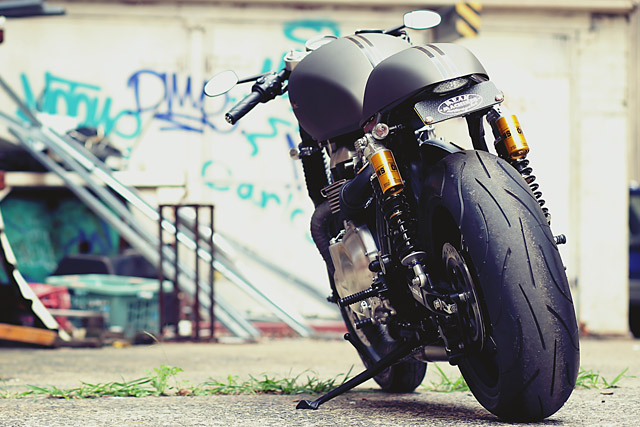 Wenley had the vision to slightly make it shorter to accentuate the fat 180 rear wheels. “Hence we also had to modify the rear frame and make everything short. With such limited spacing we went for a super tiny Ballistic battery. We tried on a few exhaust and muffler ideas but Luke wanted something more mean. He sent me a few ideas of exactly what he was after; at first I was a little worried, but I managed to get it to the right proportion in the end – it’s also damn loud!”

They both wanted the bike to look as minimal as possible; even the rear sets received the Mean Machines treatment. “Wrapping it all up, it needed to be mean looking with something a little different” says Wenley. “On the way to work one day this matte grey Velostar cruised up next to me. That was it! Off to Smith Concepts to see Kyle the paint magician.” 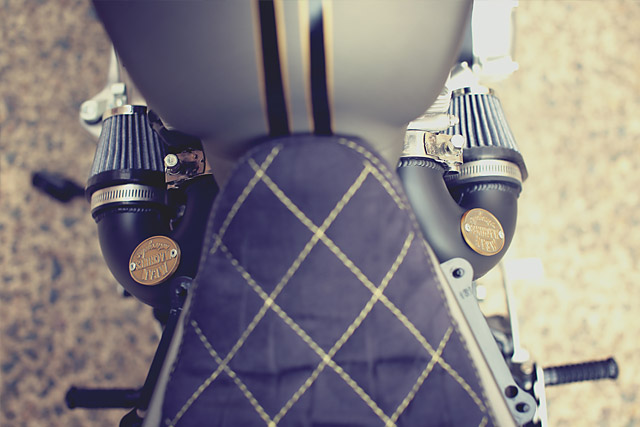 To finish the bike off, the rims were painted matte black  and a new more modern Triumph logo was added to the freshly-painted tank. But no custom bike is truly complete until she has been christened with a new name. And the one given to this mean looking Thruxton is ‘Buster’. Why, you ask? Well, we’re guessing it’s because you’ll hear her bark from the other side of town. 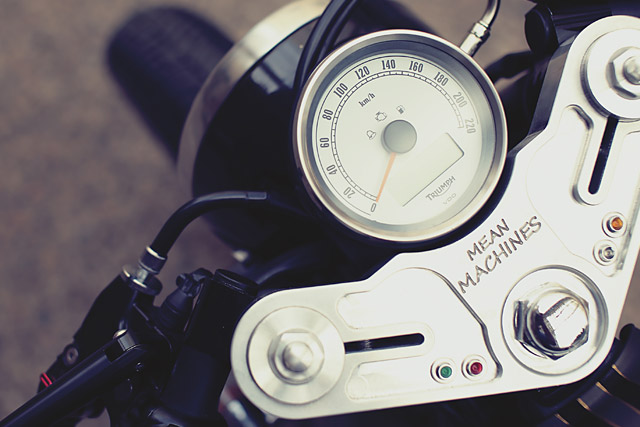 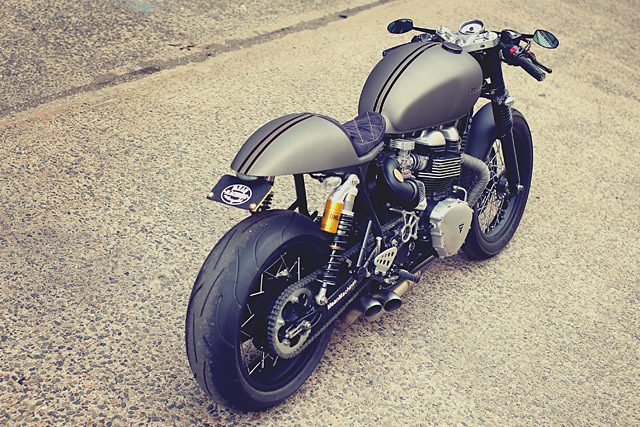 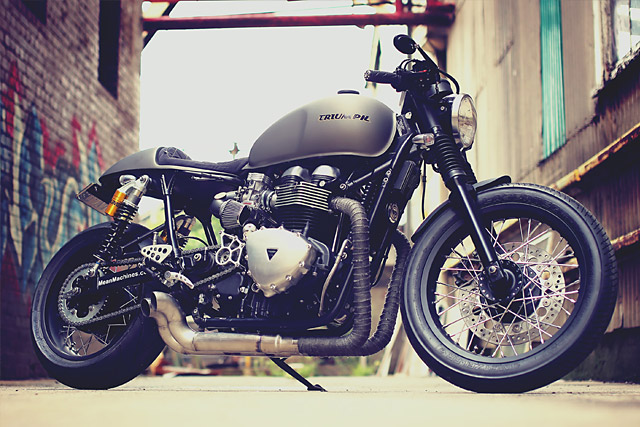 Photography by Cam Elkins from Stories of Bike.