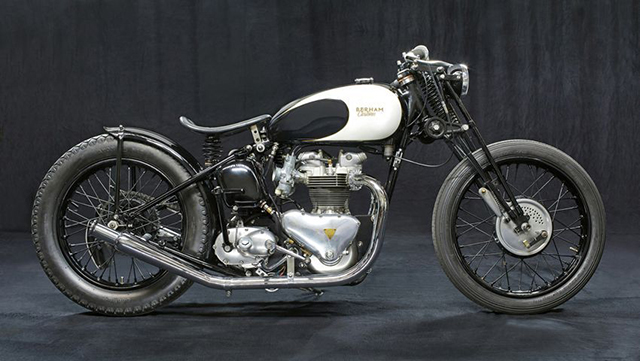 When you’ve been building custom Vespa’s for most of your life and you decide you want to build something with a bit more power, then a 1953 Triumph 500 hardtail is a pretty good place to start. Built by Marcus Offergeld and Martien Delfgaauw of the relatively new Berham Customs based in Berlin and Hamburg. “I’ve always ridden, raced, tuned and customized Vespa’s” says Martien.  “It’s not what you work on, but rather how. Because for a great result you need to be driven by the joy of doing, rather than wishing to finish.”

After happening upon an “ugly looking and pretty run down” 80s chopper with raked front forks, the boys from Berham could see potential not in the bike itself, but certain aspects of it. Most importantly, the Triumph 500cc pre-unit powerplant had the 1957 Triumph race kit with the splayed port aluminium cylinder head kit. A good base for a build, the bike was given the Berham treatment. 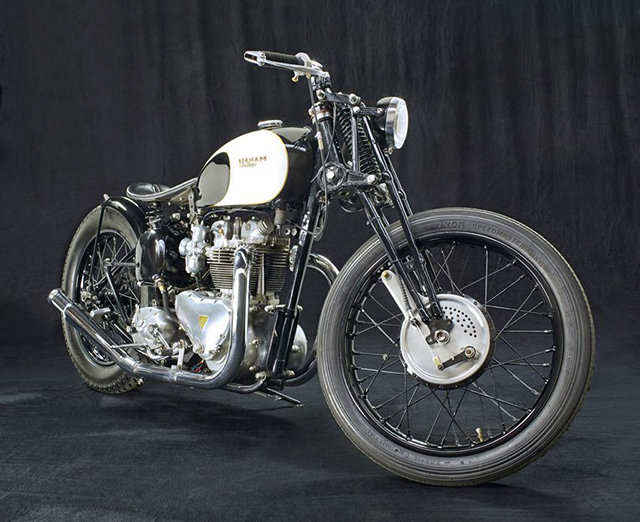 The bike was parked up in the workshop and the garish 80s custom job undone. The forks, wheels, tank and seat were removed and put to the side. To replace the long rake front fork setup, a set of Vincent style girder forks were fitted to the front end, and the front drum cover given the Swiss cheese treatment. 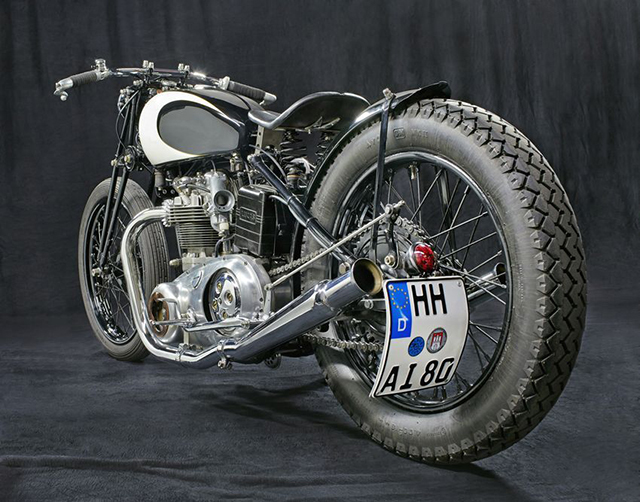 To keep with the low flowing lines of the bike in it’s new guise, a frame hugging exhaust system was manufactured and a seat built in house by Berham to keep the riding position low. An American Bonneville tank has been used – the US spec tank being narrower than the Euro spec for the same model. The rare primary cover for the motor didn’t escape customisation either, as the Berham crew “aren’t that much into keeping things in original condition.” 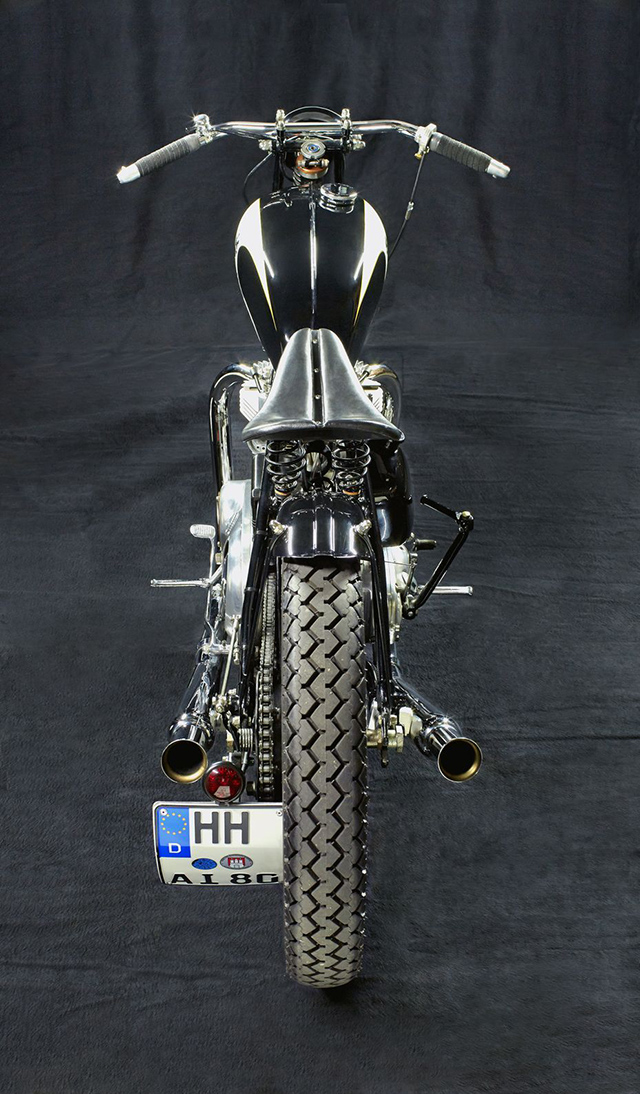 From an overdone custom chopper to a tasteful bobber, Berham Customs were able to see past the garish mods and see the potential underneath. With only a few motorcycle builds under their belt, this small German workshop have created one clean and understated hardtail Triumph. Since finishing this project Martien has already received many requests from potential customers who want him to build them a bike – which is always a good sign.