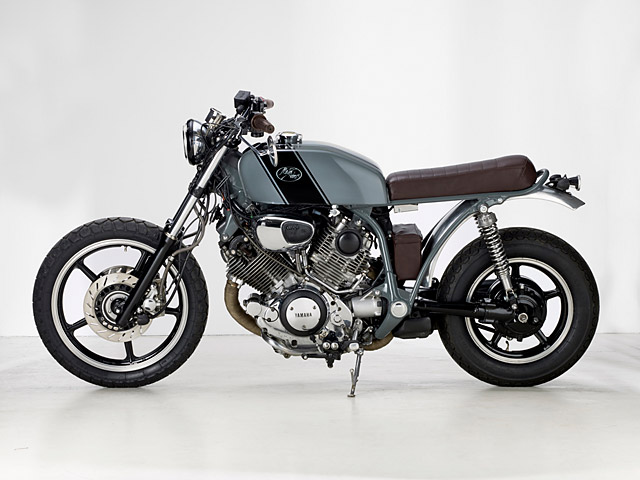 God, I have always thought, probably rides a motorcycle. Whatever the ‘G’ word may mean to you, you’ve got to admit that it’s not a hard thing to imagine your higher being of choice tearing across the sky with a celestial version of your dream bike. And for us mortals, it’s not that hard to imagine that what you experience while on a motorbike at speed is probably a more than fair approximation of life as a deity. Which brings us to Moto Adonis from the Netherlands and their purpose in life; summoning fresh spirits from bikes that have long since gone to their greater reward. Here’s their latest build, a resurrected Yamaha XV1100. 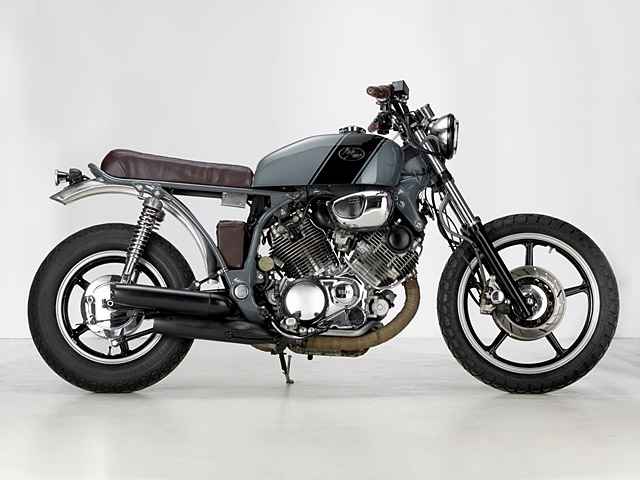 Here’s Daan, the Chief Divinity at Moto Adonis. “We’re one of the few shops in the Netherlands which builds customized bikes, like this scrambler. Based in an old factory in Roosendaal, we try to think of all our builds a summoning forth some kind of young god of motorcycles. It is our belief that there is a young and fresh looking design in all the oldies. This build is actually our eighth project which we’ve resurrected. 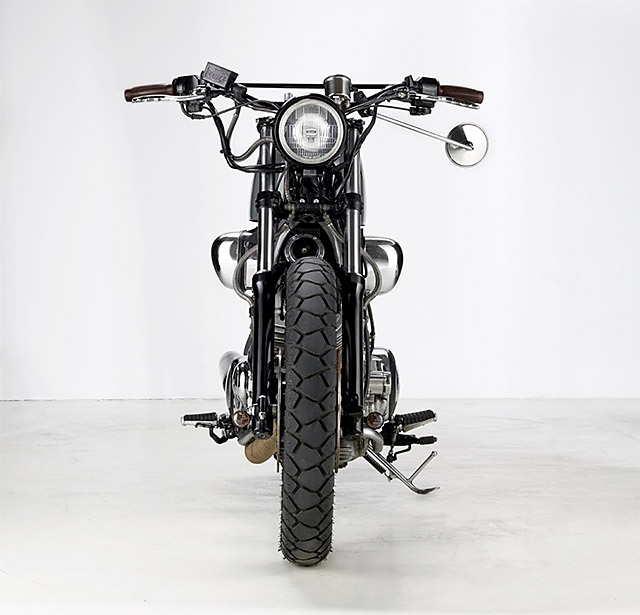 “The customer was looking for a classic-looking but rough bike, with plenty of power and a solid body. Moto Adonis chose a Yamaha Virago XV1100 as it’s a rare bike in the scrambler scene. We also felt it was a good way to express the unique style of Moto Adonis and to meet the wishes of the customer.

After completely stripping down the bike, the rear part of the frame was cut and replaced with a handmade rear-end and leather seat, which fits the aluminium rear fender perfectly. The stock front end was shortened 8cm and the rear springs were replaced by 44 cm units. With these modifications the bike got the scrambler-style stance we were after.” 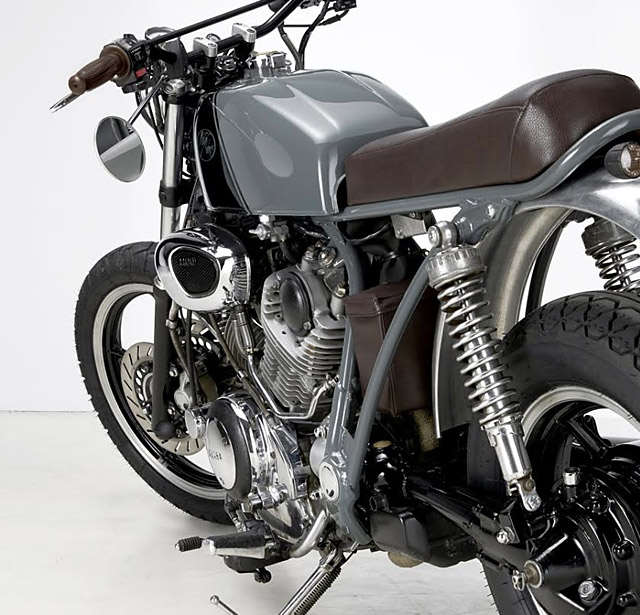 “To give the bike more control and better steering, the original handlebars were replaced by dirt track bars. The stock wheels were repainted with a high gloss black, and finished with a fresh set of Metzeler Allroad-tires. The original fuel tank has been replaced with a Honda CB400 unit which has a classic fuel indicator, giving the bike the period details we were looking for. The tail light was custom-made to fit the rear fender and the electrical wiring has been replaced and simplified. And as finishing touch, the battery was placed in a bespoke leather pouch, right behind the rear cylinder.” 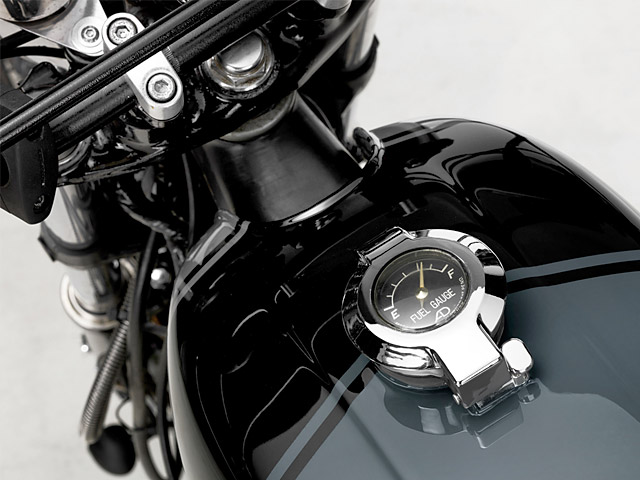 We finished it off with a beautifully done paint job in a distinguished, restrained grey and black. The bike was ready to hit the dirt, and the owner was more than a little happy.” Daan, somehow that doesn’t surprise us. Not at all.