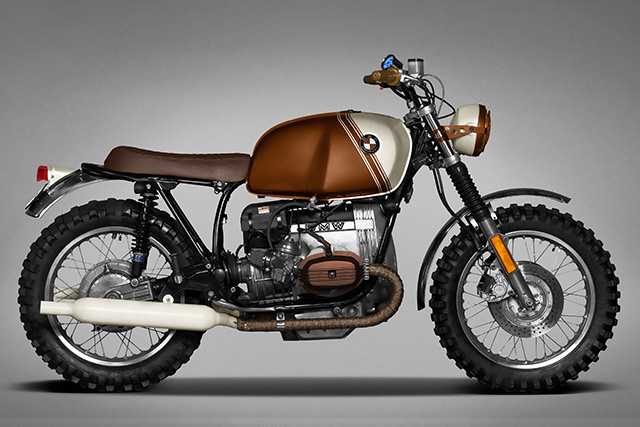 When the Bavarian Boffins released the R45 in 1978 as a conservative middleweight they could never have imagined that their little BMW that could would one day be turned into a Two-Wheeled Urban Assault Vehicle. But renowned “Scrambler” builders from Portugal, Daniel and Pedro, of Ton-Up Garage in Portugal have done exactly that and the result is anything but German conservatism. 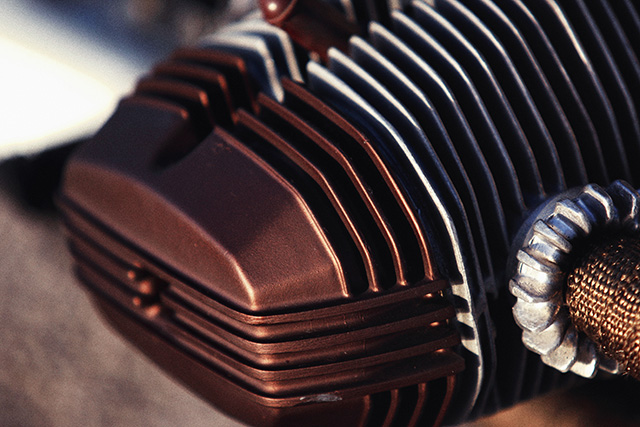 Hailing from the seaside city of Porto, a UNESCO listed Heritage site with a history dating back to the 4th century, Ton-Up build bikes that can look as good pulled up at a small café as they do screaming down the rough cobblestone alleyways of the old city. But this is no commission build, collaboration of the style of a builder and the demands of a customer, the R45 is Ton-Up’s own and no compromise would be accepted. “We’ve started from a previous custom attempt on this bike that we’ve felt that had failed to end up with what we thought this bike was all about, simplicity and purity.” 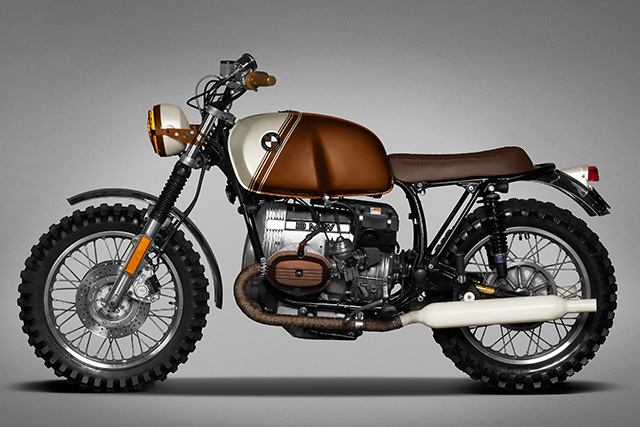 The bike starts and ends with the wild off road rubber fitted to a set of freshly laced spoked rims that immediately takes the bike back to its 70’s origins. Controlling the way the rubber meets the road is a new set of adjustable Hagon shocks for the rear and rebuilt and altered front forks. The side on profile is the most important of any Scrambler build and so Ton-Up built a new rear subframe to give the perfect bone line before complementing the look with aggressive front and rear mudguards. 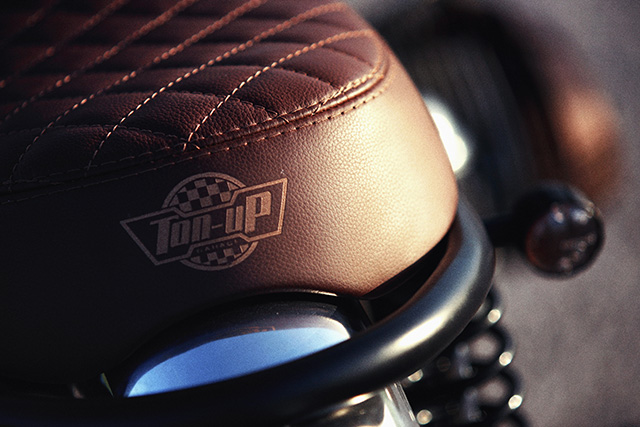 Scramblers are about simplicity, so anything that is not needed is removed and anything that can be smaller now is. The indicators, rear tail light and speedo all copped the reduction method while the headlight has been readied for battle with a custom grill and any unnecessary plastics tossed aside. Torquey and reliable define the Boxer Twin, making it the perfect heart of a scrambler build and a few more ponies are added to the factory 35hp with a handmade heat wrapped exhaust and high flowing pod filters. The valve covers are painted the same Earth Brown that adorns the tank, complimented by a striking pure white. All flowing rearward towards the custom trimmed flat seat with embossed Ton-Up Garage logo that also has been cleverly incorporated into the BMW badging. 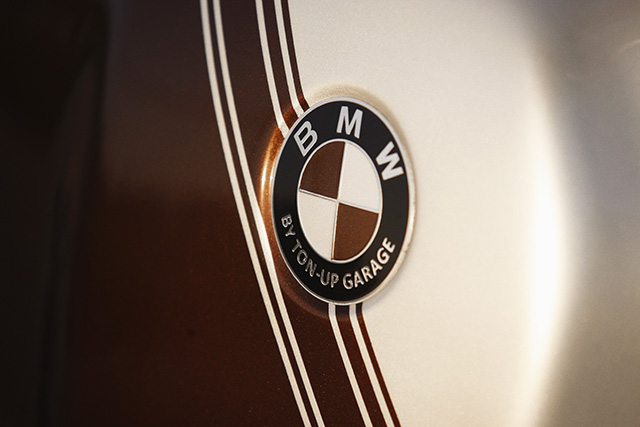 The finishing touch comes by way of off road motocross bars and brown gum grips for wrestling the R45 down the back streets. What you are left with is signature Ton-Up; tough, simple and incredibly well built!  It’s the name of the bike, the philosophy behind the build and the best description of the end result, “Pure”! 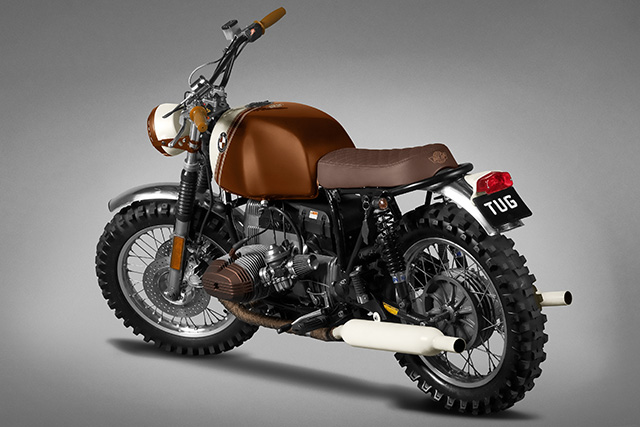 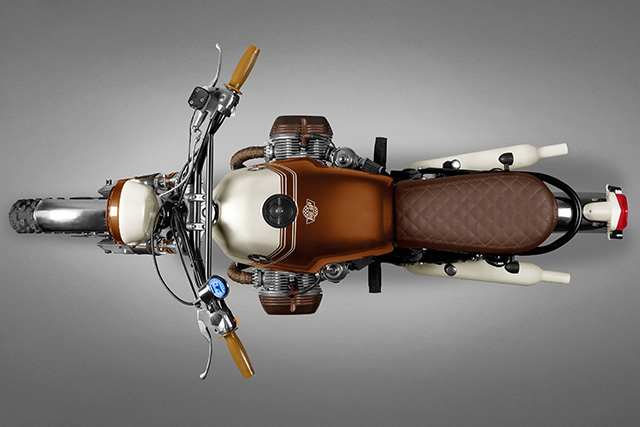 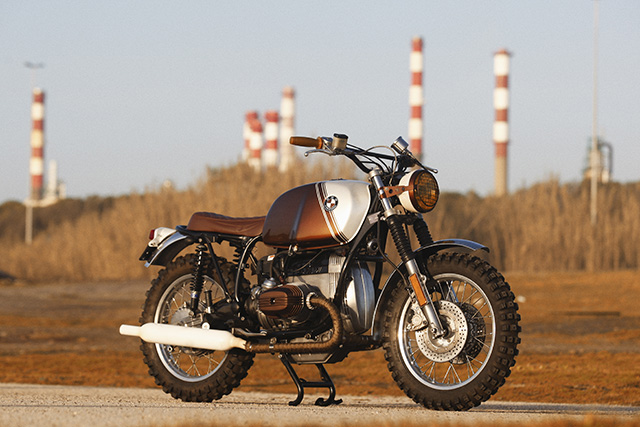 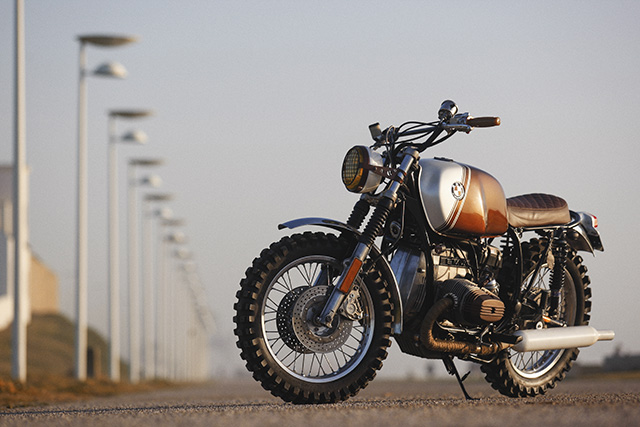