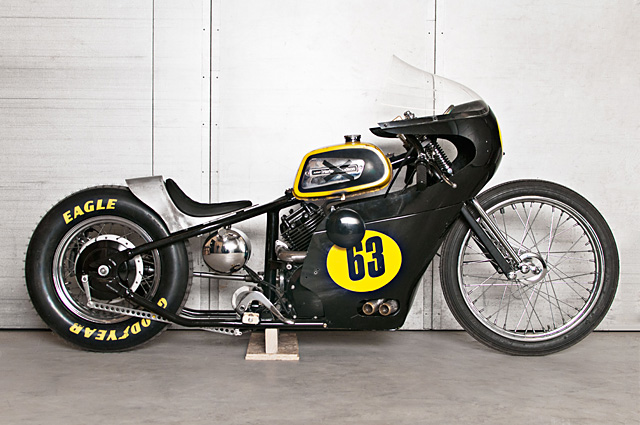 Made Men is a small Danish workshop that specializes in slammed and chopped bastard motorcycles. Their talents are not limited to bikes either – their website features a few early production Volkswagen Beetles dropped on the deck, a brace of BMX cruisers and a matte GMC van marked ‘Kidnapper’ with ‘free candy and stuff inside’ emblazoned on the rear. But their motorcycles are of the most interest to me – they’ve produced a few tidy CB750’s and CX500s but their best work is with their mid-life-crisis-on-a-budget specials like the Honda VLX and Suzuki Intruder. All are distinctive, blacked out and mean looking – and none as striking as this 1997 Yamaha XVS650 Dragster. 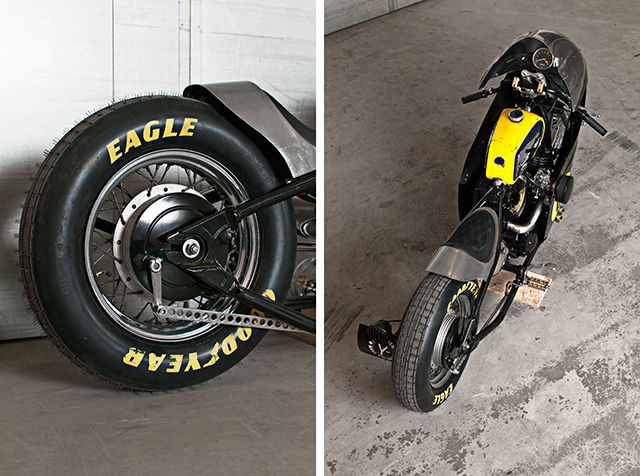 The XVS is interesting choice for a build as it’s a capable bike but nothing particularly special. It’s reliable, forgiving for new riders to bang through the gearbox on and looks enough like a Softail to appease people who are into that kind of thing. Years ago I borrowed one from a friend and I quickly found out the Dragster weighed about the same as a fully laden ox cart and, thanks to its eight ton of chrome-plated steel, hurtled down the road about as quickly. But that’s what makes this particular build interesting – it’s an unusual starting point for a custom bike. But there’s a reason why they put all this effort into a Yamaharley and not something like an old knucklehead – budget. 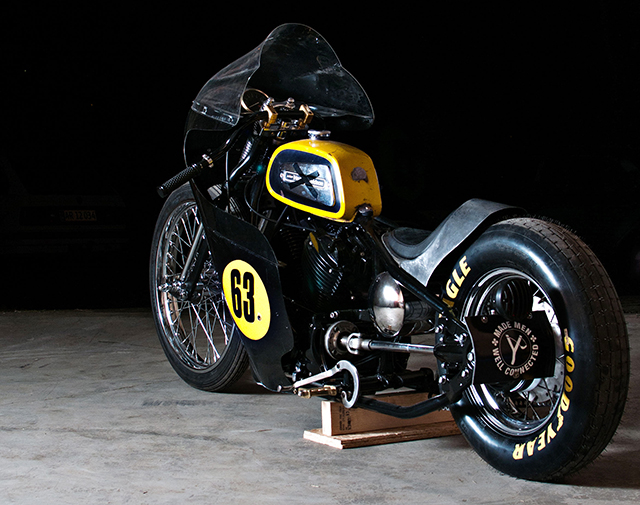 “Which bike we build depends very much on what we can afford, but never compromise the quality of the finished result,” the guys from Made Men say. “We are of the opinion that anyone can build a super cool custom bike if the budget is big enough, but not everybody can turn scrap to sought after custom bikes with small means.” And their humble origins are a point of pride with the crew – “We love to be able to prove that it does not require a professional shop with a shitload of expensive tools, but you can build a custom bike just as well if not better with a welding machine, grinder, good ideas and diligent hands.” 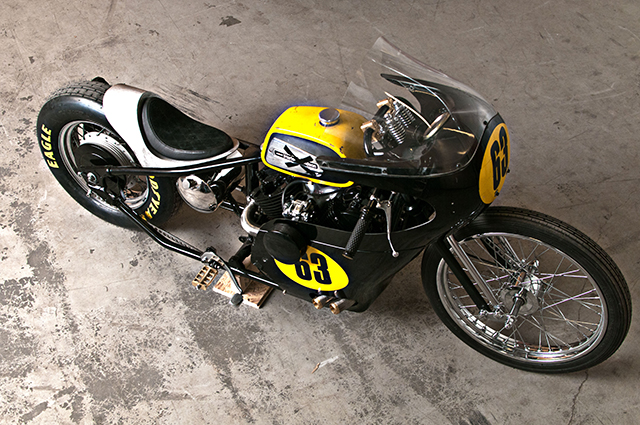 And there’s certainly been a few diligent hands around this XVS650. Around 80% of the frame has been modified – changing it from dual to single backbone and converting the Softail-esque rear suspension to a hard tail. The seat was made in-house and the oil tank isn’t an oil tank at all – it’s where the electrics are stored. The front end has been swapped for a Springer assembly from Three Two Choppers, the standard carburettor switched out for a 40mm Mikuni and it now sports a ‘pancake’ air filter. One of my favourite features on the bike – the fuel tank – is from a one of the disastrous 125cc AMF Harley Davidson ‘Rapidos’ which has found a new lease of life as a feature on this stretched out Yamaharley, still sporting its original livery but with its moniker struck through. 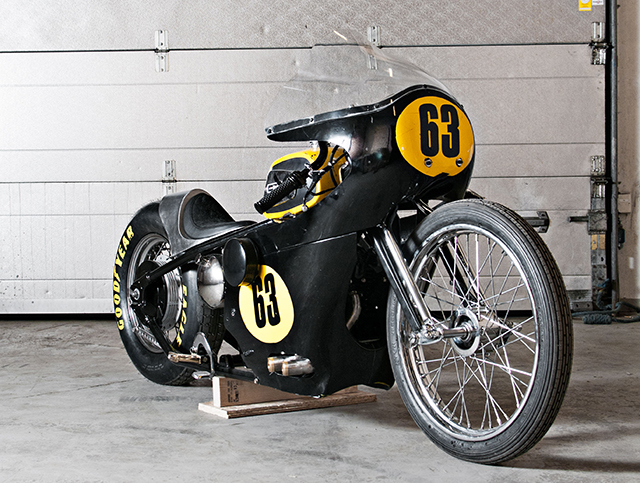 Set up as a drag bike I have to wonder what times it would run on the quarter mile. Despite this that fat 15” Goodyear Eagle rear looks gorgeous and my ears are bleeding at the mere sight of the brass-tipped short exhausts that sit just proud of the fairing. As far as road use? It’s got no indicators or headlight, and having the world’s smallest drum brake in the middle of that 21” front I can’t imagine it stopping well. But I love it. 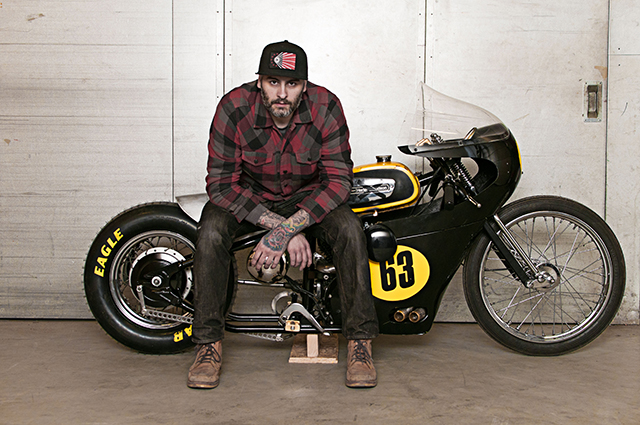 My favourite thing about this bike – aside from the use of a British-style racing fairing and its repurposed fuel tank –is that it’s been built around a largely ignored Yamaha learner bike. I’ve got thousands of photos of modified motorcycles on my computer and this is the first and only one of the Yamaha Dragster. Made Men state “We put all our passion in every bike we’re doing.” And while I can imagine grabbing that front brake with all my passion as I hurtle towards a fast-approaching corner I can’t think a cooler looking bike to be doing it on.