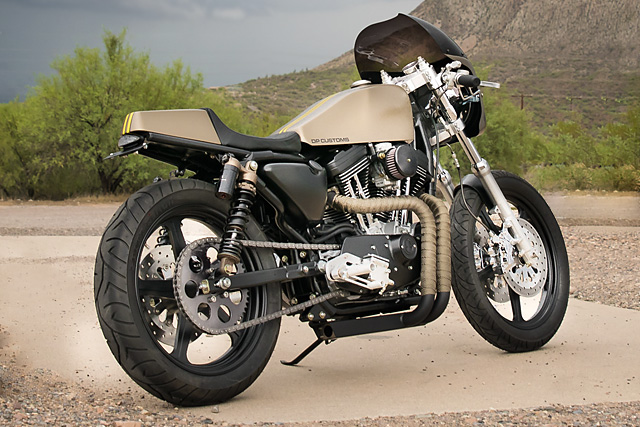 Arizona’s Del Prado brothers, long-time Pipeburners and well-known metal pornographers, have just dropped another killer build into our laps – this time in the form of a gold, caféd Harley Sportster. With so many sweet builds to have already graced our humble pages, it’s hard to know what to say about the brothers that hasn’t been said before. They are clearly prolific to the point of obsession and inspired like a master artist. But there’s one other thing that’s also a certainty; they know their way around a hog almost as well as William and Arthur themselves. And here’s proof. Meet ‘56’. 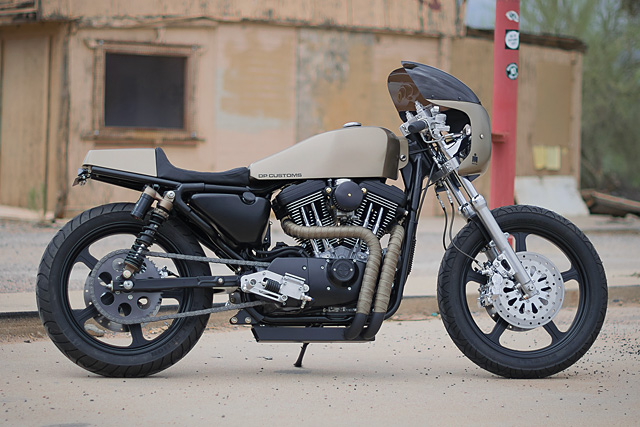 Something in the Arizona water? Well, we can’t think of a better explanation; or at least one that doesn’t involve the supernatural. It’s as if the brothers have an innate ability to jam together seemingly unrelated chunks of inspiration and somehow make it all work as one big, beautiful whole. 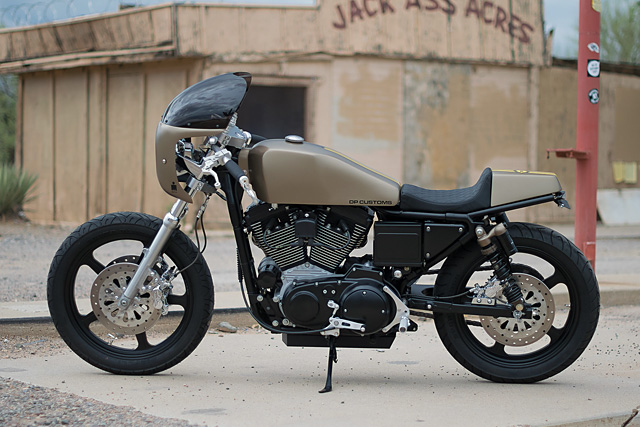 And while there’s nothing particularly earth shattering about a café Harley, those with a keen eye will be able to draw a definite line between this build, the Del Prado’s other bikes, and their overall art. This draws from such diverse influences as retro car racing, hot rods and European bike culture, and then mixes it with that most American of folk art forms, the bobbed Harley. 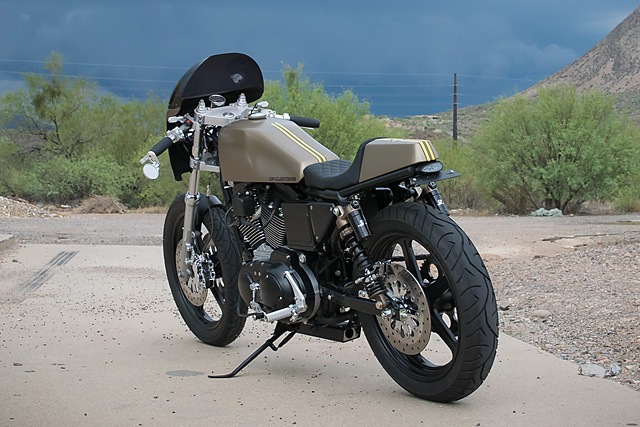 Attacking the motor first, Jarrod and Justin got things going with a Dynatek Single Fire ignition coil, a Joker Machine intake manifold and into a rather special exhaust. The boys call it a ‘box pipe’ set-up and, as you might expect, it adds a rather unique edge to the Harley’s usual 1930s biplane soundtrack. 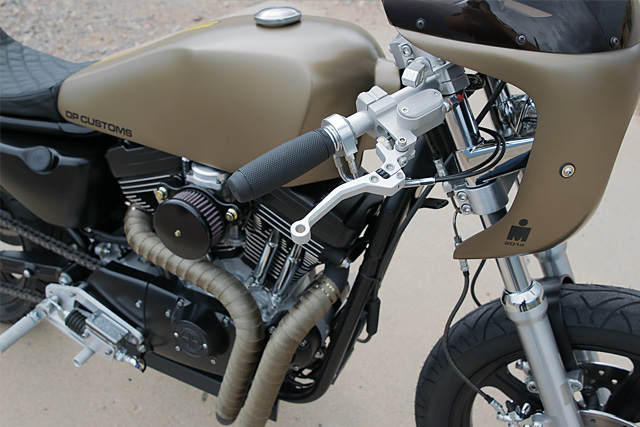 Never ones to do things by half, they then took the dream wheels they wanted out of their head movies and made them real by chatting to local boys Thomason Performance to organising some one-on-one time their CNC machine. The final wheels are 19″ for the fronties and 18″ on the flip-side. These were complemented with a hand-fabricated rear cowl and a seat pan fashioned from aluminium. 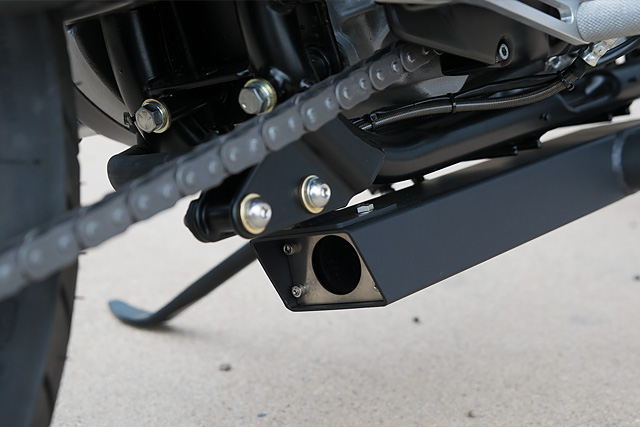 Not a security camera, apparently

Brembo is a perennial favourite of the Brothers, and that tradition has been kept here. Up front they’ve gone with a Brembo grabber with an ISR master cylinder, and out back you’ll also find Brembo, but this time with an original Harley master calling (or pushing) the shots.

Bouncing the brakes up and down is a pair of Showas from an S model Sport at the pointy end and a set of Progressive’s 970 series shocks rearwards. To keep up the bespoke count up on the bike, the boys had Shane at Chainsikle machine them up some clip-ons, triples and rear-set footpegs. 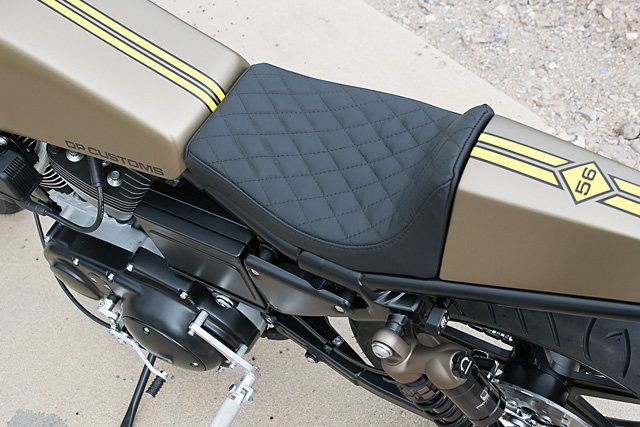 No Lamborghini’s died in the making of this bike 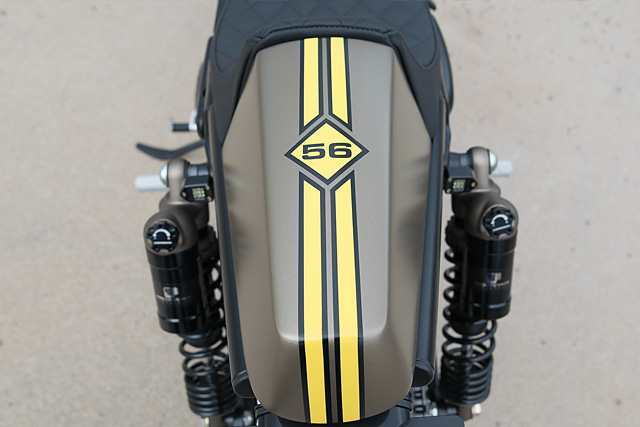 The ‘56’ on the bike and the smaller stickers on the fairing denote the owner’s love of Triathlons. Despite this, he’s also opted for a few more comfy, luxury additions – mainly in the form of the adjustable levers, also from ISR.

No expense was spared for the seat, as the brothers were instructed to diamond-up the same leather that Lamborghini themselves use for their fancy but annoyingly car-like vehicles. They also decided to ditch the Milwaukee wiring spaghetti in favour of something a bit more home-cooked. Del Prado home-cooked. Gold was blown on by Walkers Way Paint, and the bike was done. Now for its first Triathlon.