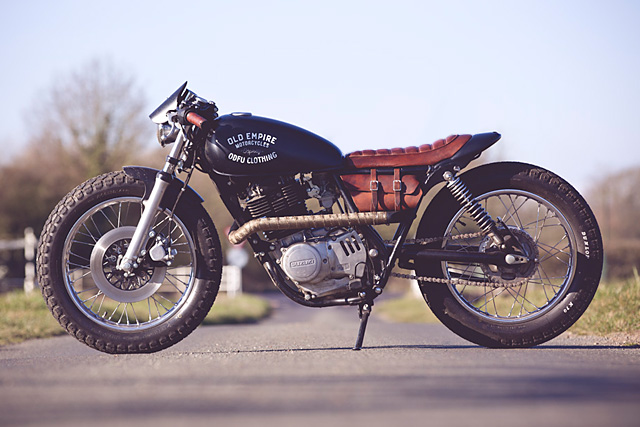 It’s what makes the scene such a creative outlet; no two customs will ever look the same. It’s a philosophy two British companies share and they decided to pool their talents to create a one-off masterpiece. Old Empire Motorcycles is no stranger to Pipeburn, having built “Typhoon” last year’s number two selection in the Bike of the Year Awards and they’ve teamed up with ODFU, a clothing company that specialises in small run, hand drawn designs. The result is a 1980 Suzuki GN400 that leaves the commuter class behind and enters the world of custom classics. 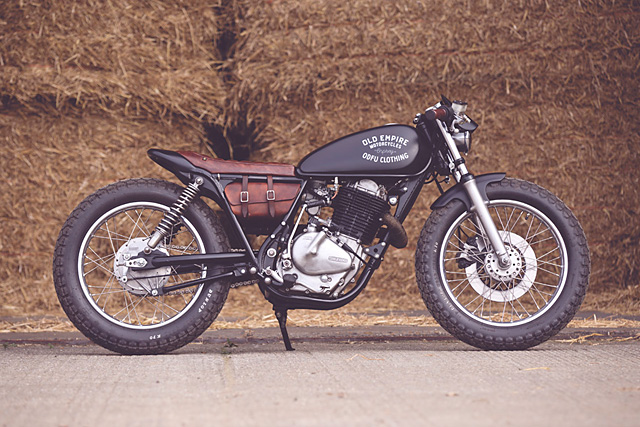 With the build known as the “Osprey” the final look of the GN400 was incredibly important to both OEM and ODFU and their level of design creativity and craftsmanship meant that was never going to be a problem. One of the main visual flaws of the GN400 was quickly fixed with the decision to aggressively lower the front end. The triple trees were then modified to take a custom set of ‘wrap around’ bars along with integral headlight mount and OEM shroud. Custom warning housings were also made which set into the top tree. 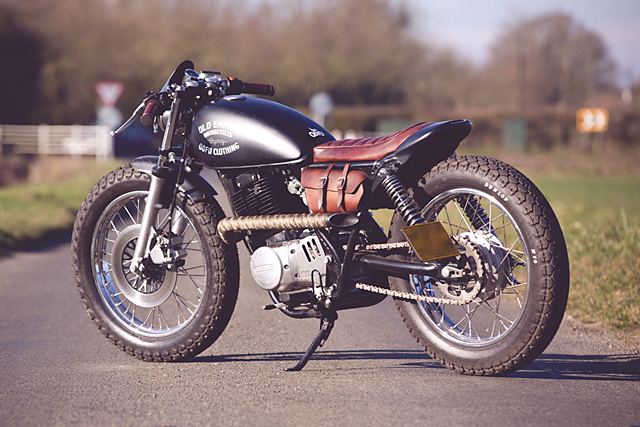 The frame was thoroughly detabbed and cleaned up, while the rear portion of the frame was cut and looped over and a rear cowling made with integrated rear light and LED indicators. Under the custom seat sits a Shorai lithium battery snuggly sitting with the custom wiring harness. The stock front guard was also cut down to give a far more aesthetically pleasing look while still maintaining its functionality.

The flat black and hand died leather give the Osprey a look that harkens back to a time when you finished a hard day’s work with dirty calloused hands. The fuel tanks tunnel has been heavily reworked to sit both further forward and lower down for a sleeker look. It’s then been finished in a combination of flat black and a series of ODFU’s own hand drawn custom designs. 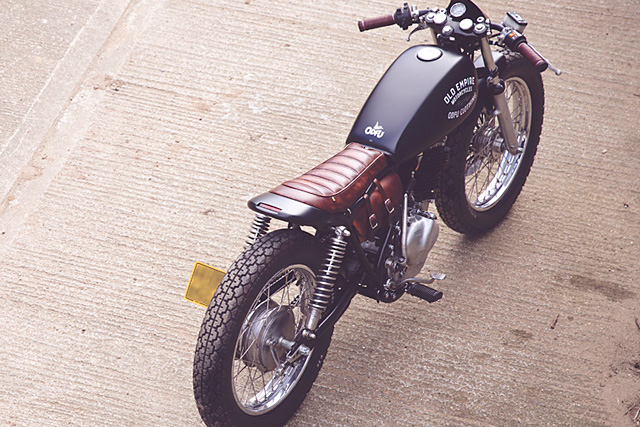 The leather work is simply exquisite with dual tool rolls acting as side covers and even the hardware they carry is vintage. The frame is notched perfectly for the belts and buckles, while the grips are also leather-bound fixed with neatly wrapped race wire. Then there is that seat, hand died leather, perfect stitching and shaping – it’s utilitarian in its beauty. 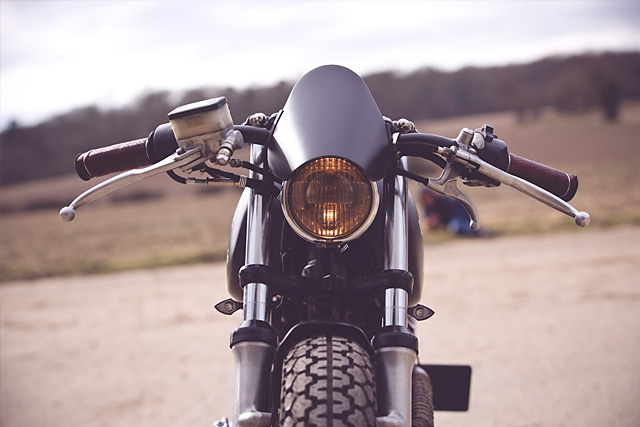 The 396cc donk was treated to a simple refresh, rescotching the cases, blacking the barrel and head and a pod breather take care of the look. While stripped and vapour blasted carburettor with K&N air filter and custom heat wrapped exhaust give a little extra pep and a much rortier sound. 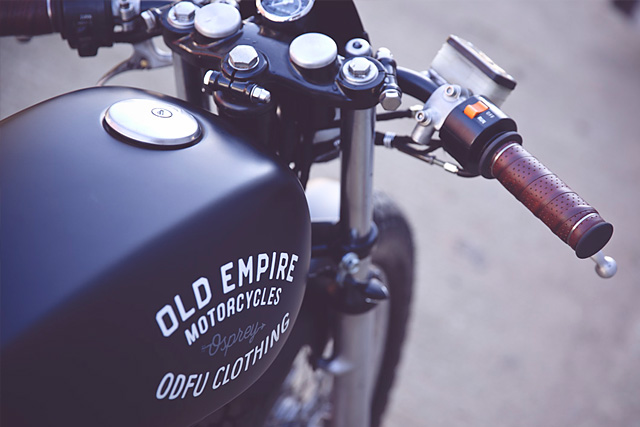 An upgrade to the lightning circuit from 6V to 12V helps powers all the ancillaries, including the now yellow-lensed headlight and the stunning combined analogue/digital solo gauge. 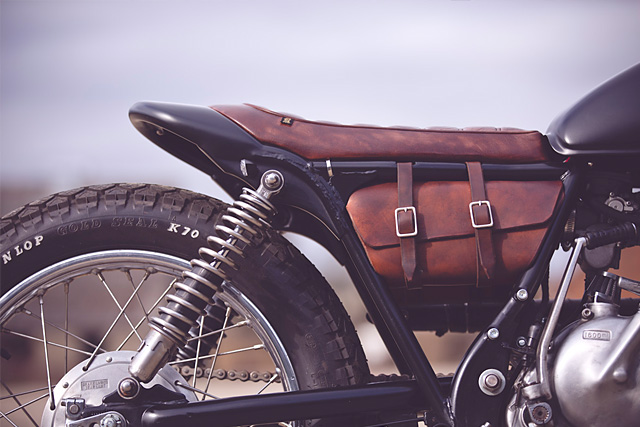 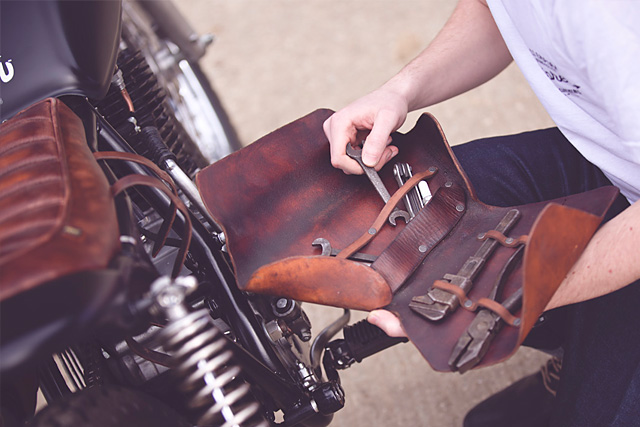 Even the tyres, Dunlop KTT’s in an 18 inch size, fit the design brief and philosophy of both companies to a T. Their bold tread give the bike a purposeful feel, while they remain completely functional for all matter of road and weather conditions. And that is exactly what OEM and ODFU bring to the table; one-off designs with abundant creativity, executed brilliantly, but still built to be fully functional. It might be the first time they’ve collaborated, but the “Osprey” is proof that it’s a match made in custom creation heaven. 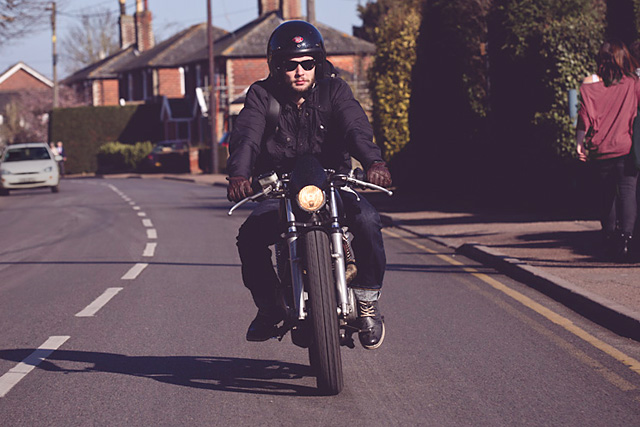