I’m a sucker for a board track racer. V-twin low slung bikes, with handlebars that droop so low they make clip-ons look like ape hangers. Their styling is perpetually cool, and the inspiration for this off the chain custom. When Yamaha Europe were looking for their latest workshop to collaborate with for the next ‘Yard built’ project, they made their way to sunny San Pedro, to the Matt Black Custom workshop. Known for their ability to mix old school cool with late model reliability, this Spanish workshop is the best choice for a fresh take on Yamaha’s cruiser. Meet Matt Black’s own take on the Yamaha XV950, ‘Playa del Ray’. 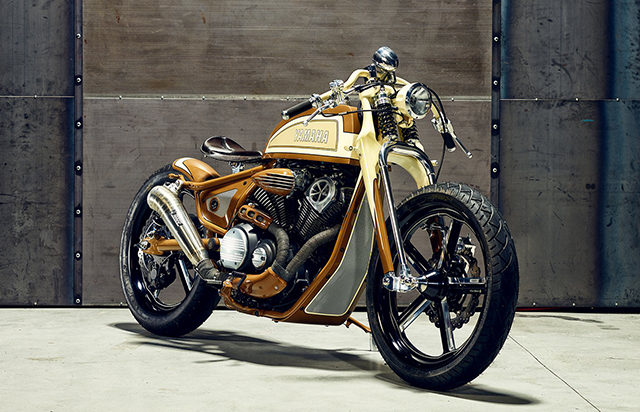 Taking Yamaha’s low and lazy boulevarde cruiser, the idea was to utilise all of Matt Black’s technical team to create a ride ‘paying tribute to the board track racers of 100 years ago’. To do this, a range of  ‘one off’ parts have been manufactured, along with bolt on mods from Matt Black’s own shelves, to allow all XV950 riders to get their piece of ‘Playa’ action. From the front to the back, little remains of the aesthetics of the metric cruiser. The original fuel tank has been chucked and in its place is an angular unit, fashioned up by the workshop’s own Anthony Partridge, with the fuel cap supplied by Crafty B out of the States. Anthony is also responsible for some of the other trick parts on the bike. To give the switch gear function as well as form, Kurt Lohse used his technical skills to ensure the layout of the Rebufini switch sets looked good and were laid out to suit the new dropped handlebar styling.

To keep XV owners happy, a range of bolt on parts were knocked up to fit. The 21 inch rims, cushion drive rear pulley, plexiglass cam gear cover as well as a raft of extras have been fitted to the Yammie. An adaptor plate was knocked up to mount the Crime Scene air filter cover. Exhaust is stock XV950 headers, matched to a custom collector and finished with a modified MIVV Ghibli silencer. 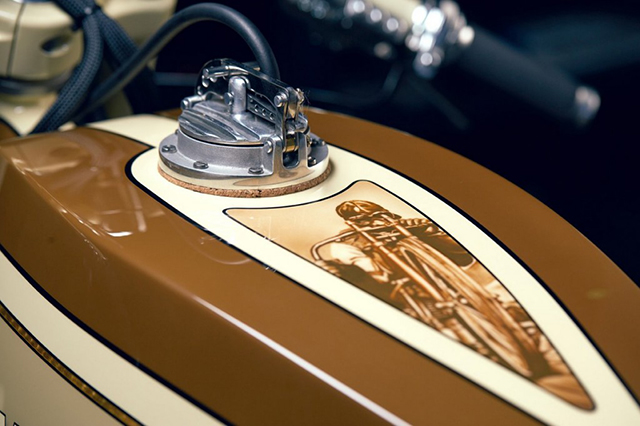 Keeping with the old school theme to the build, the front end now sports a Rebufini springer front fork, slightly modified to suit the XV. The factory bars have been reworked, in order to gain that board tracker aesthetique. Braking power has been beefed up at the front end with a set of PM calipers, and handling at the rear has been improved by a set of Ohlins shock absorbers. 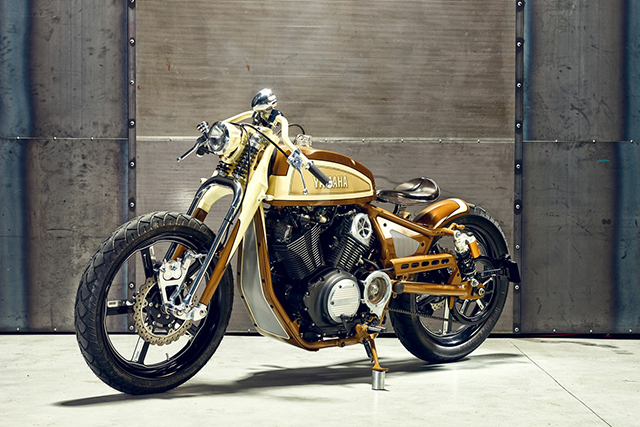 According to Shun Miyazawa of Yamaha: ‘This combination of new and old mixed together is something we saw in the work of Matt Black’s previous builds As a result we knew they were the right people to take on the latest XV950 Yard Built project and the result is amazing. They’ve kept all the fun of the standard bike, but shown you can use it as a base to easily build something iconic with a perfect blend of vintage and modern without compromising the ride.” ‘Nuff said really. 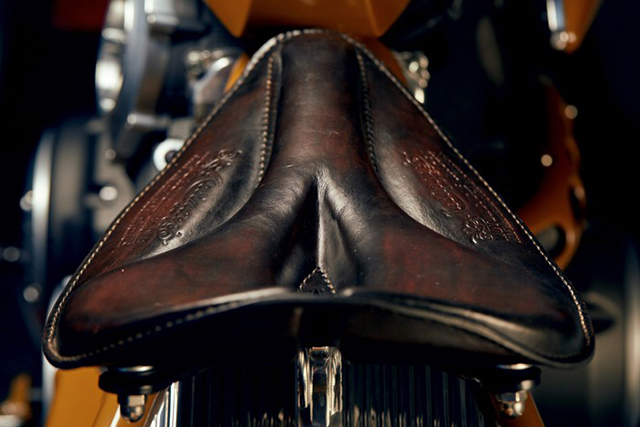 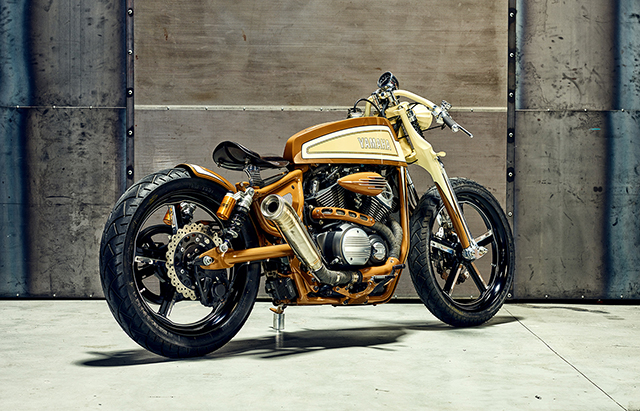 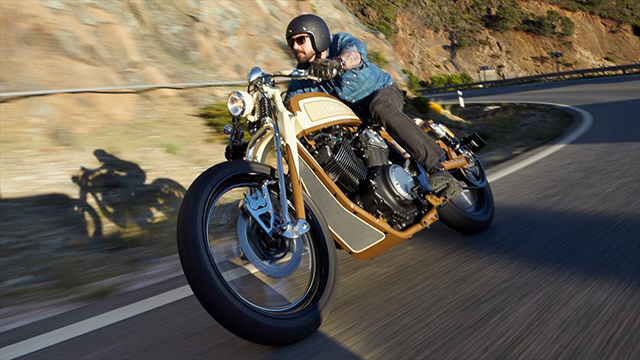