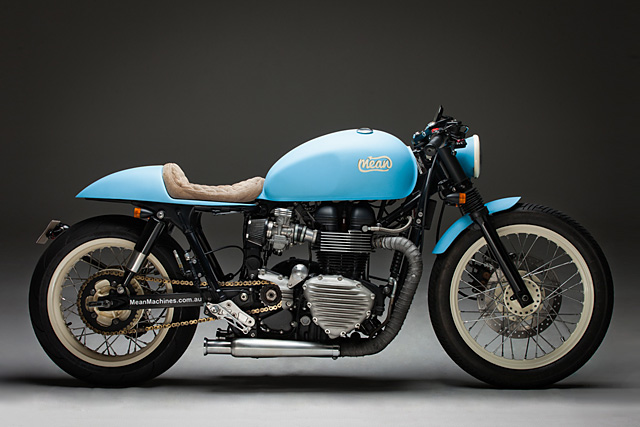 When it comes to building a custom motorcycle, so many factors can influence the way the bike turns out. But when Wenley Andrews from Mean Machines in Australia started dating a new girlfriend, he didn’t realize at the time how this new romance would affect the outcome of his latest project. You see, Wenley had just picked up a 2008 Triumph Bonneville that he was planning on turning into something special. Around the same time he picked up a girl called Hayley who turned out to be something special as well. “Hayley had been very close to her dad who had tragically passed away just before I’d met her.” says Wenley. “I’m not sure if that’s why she took an interest in my hobby of bike building but I was grateful for the company.” Needless to say, Hayley influenced many of the decisions when it came to this build, including the name – but more on that later. 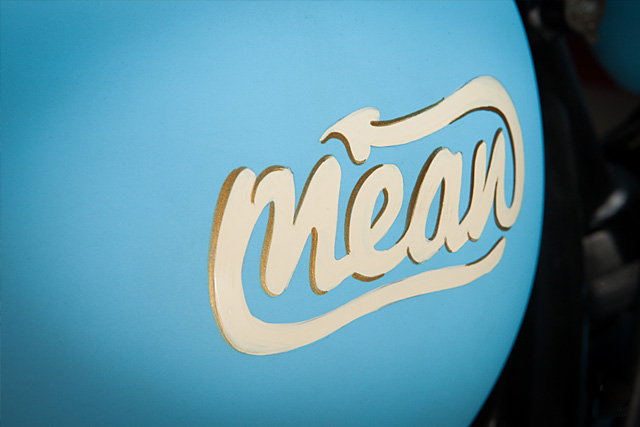 The plan for the bike was to create a true vintage looking bike using a modern Bonnie. Wenley believes that this “requires a subtle yet sophisticated approach. Less is more I believe.” Wenley started this build with the exhaust. He had the brand new cocktail shaker pipes lying around his garage for a few months and was itching to use them on a bike. “I brushed them to tone down the overall chrome on the bike” he says. 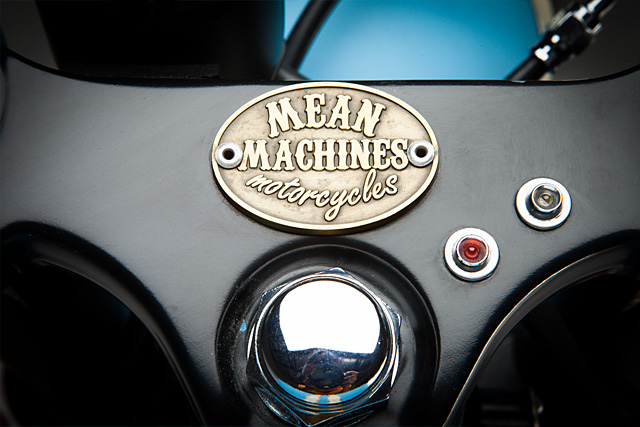 Wesley chose classic Amal style ribbed rubber grips, blackened forks with custom black fork sleeves and guitars added something old school to the front end. “When I’m building bikes, many of the modified parts don’t necessarily fit the way I see them in my head. So extra hours are always needed in order to achieve my vision. The Speed Merchant sprocket cover for example was blessed with the Mean Machines magic so it sits flush with the engine casing.” 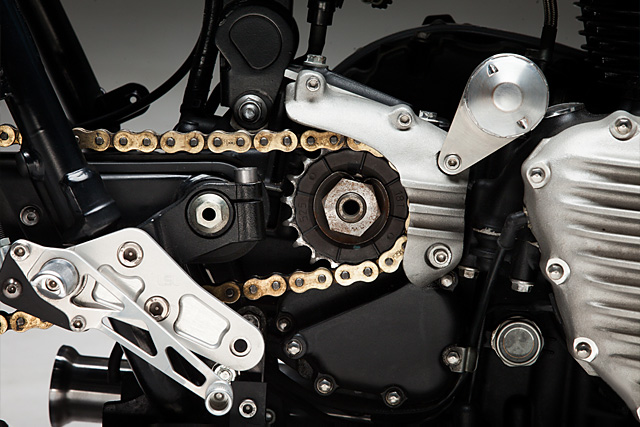 Wenley also removed the stock reservoir position to give the bike a leaner look on the frame. When it came to the electrics, he used a standard mini lithium battery and hid everything else under the seat. The rear frame was shortened by 3 inches and a new custom fiberglass seat pan was designed which was then covered with a suede diamond stitch seat. 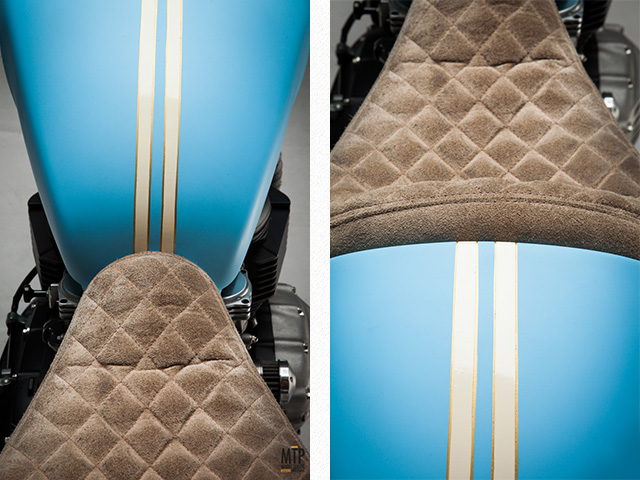 This mean machine is sitting nice and low on short vintage style rear shocks – the frame sits a mere six centimeters from the rear tire. The rear tail light now takes a more aggressive position all the way behind the 180 rear tire. Hayley was responsible for the colour scheme. “She chose a very retro, very sexy, baby blue and cream GT stripes with gold accents. My signature “Mean” adorns both sides of the tank” he says. 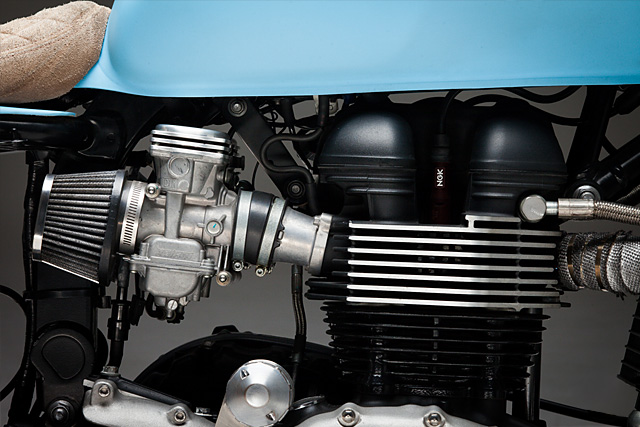 While the bike was being painted by Smith Concepts, Wenley took a trip with Hayley’s family to North Queensland and the Great Barrier Reef to scatter her fathers ashes on the Great Barrier Reef – a place that he loved so much. It was there that Hayley told him that her dad used to call her Moose as an affectionate nickname. On the way back from the trip, Wenley had an epiphany and straight away knew the name he was going to call his latest build… and Moose was born. 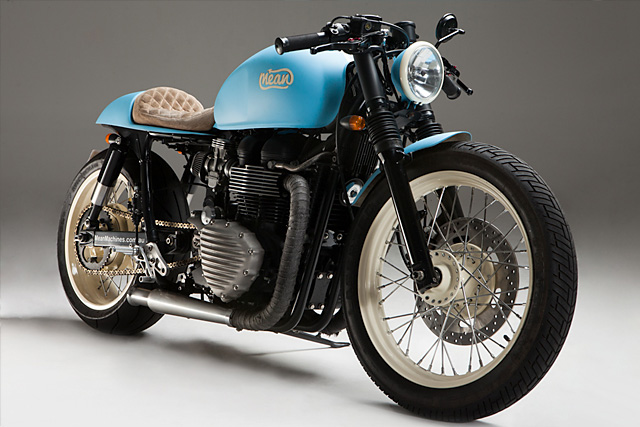