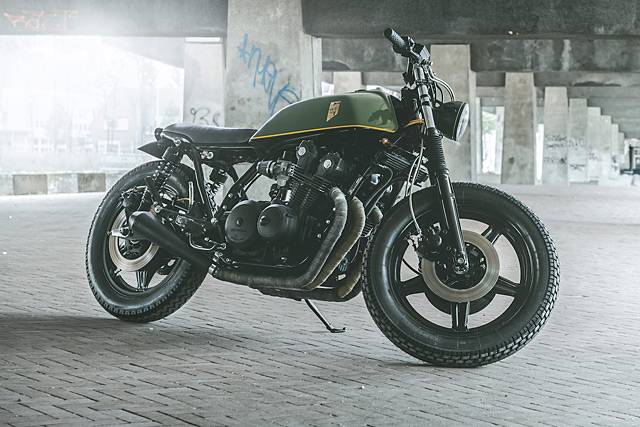 The Dutch lads from Wrench Kings are back with another Honda, this time around it’s a barnstorming 1982 CB900 Bol d’Or designed and built to be as tough as its owner. But long before the Wrench Kings team of Joost, Bram & Laurens were spinning the spanners on this CB they were living corporate lives in the giant playground that is Dubai. Cheap fuel and a host of toys had the guys playing with roadbikes, jet skis, cool cars, quads and just about everything that had an engine. But after years of living abroad they decided to return to their native Netherlands and establish Wrench Kings. It’s a brand that is growing rapidly and when big Dutchman Bob, a tattooist at Bunker Tattoo shop in Breda saw what the guys were doing he had to have his own Wrench Kings custom creation. 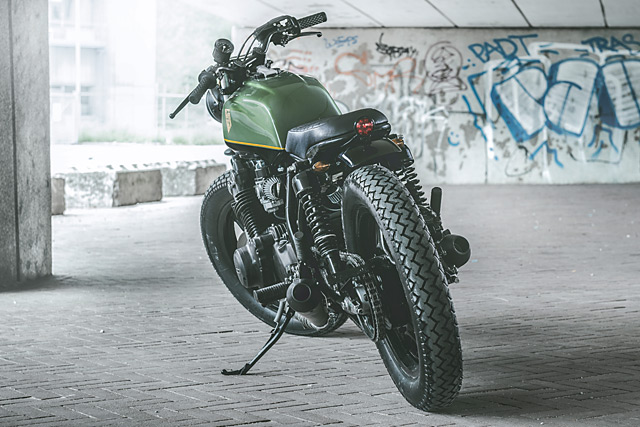 As Bram describes it, the Dutch are tall, but Bob is massive so a small 250cc Café Racer was never going to work. So with an extensive search underway the team knew they’d found a winner when an old barn revealed this CB900 Bol d’Or that hadn’t been started for 15 years. Despite the time sitting idle it was in remarkably good condition and with Bob’s design brief of a clean, tough machine with one particular colour for the tank, the guys got to work. Stripped down the subframe has been cut off and a new one fabricated to support the new seat design. The flat diamond stitched leather seat enables for two up riding and the rear pegs have been retained. The big 900 tank is not easy to get right but with Bob’s desire for an army green paint colour WK broke it up with a yellow horizontal line and a blacked out bottom half that visually hides the odd angles that would normally hold the side covers. 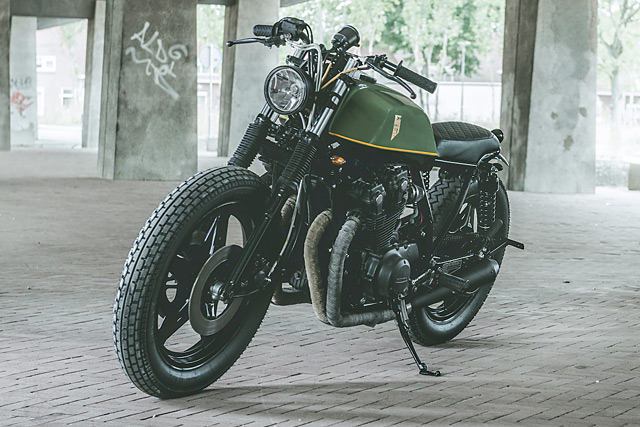 Powering the big Bol d’Or is the legendary 901cc air-cooled 4 cylinder that was introduced to replace the increasingly uncompetitive 750cc engine Honda had relied on for a decade. Despite being air-cooled the near square bore engine was one of the first big capacity sportsbikes that could scream hard making power all the way through the rev range. Although that was not quite the case with this example, a dead battery, 15-year-old fuel and gummed up carbs meant it was going nowhere fast. But typical of a Honda the guys only needed to rebuild the Keihin carburettors and add some fresh fuel and it purred to life. The standard double wall headers have been heat wrapped and reverse cone mufflers in black added to each side. For a clean and functional look the wiring has been completely redone and the airbox ditched in favour of a bank of pod filters. 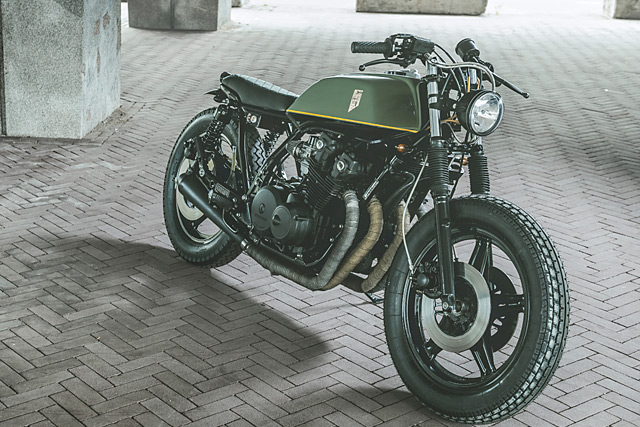 By modern standards the CB900 is a heavy bike, but in its day it was described as “arguably the best Honda had built for the street” and Wrench Kings have made sure to take nothing away from these early qualities and add some further improvements. The twin downtube frame provided increased rigidity over many earlier CB’s and in 1982 the addition of Honda’s TRAC front fork system meant a machine that stayed remarkably level even under hard braking. Out back the CB900 always came with adjustable springs, but Wrench Kings have added fully adjustable shocks that also feature helper springs, a great addition with a big rider on board. Braided lines get the most out of the standard brakes and remove any fade from the twin 280mm front discs and big single 297mm out back. 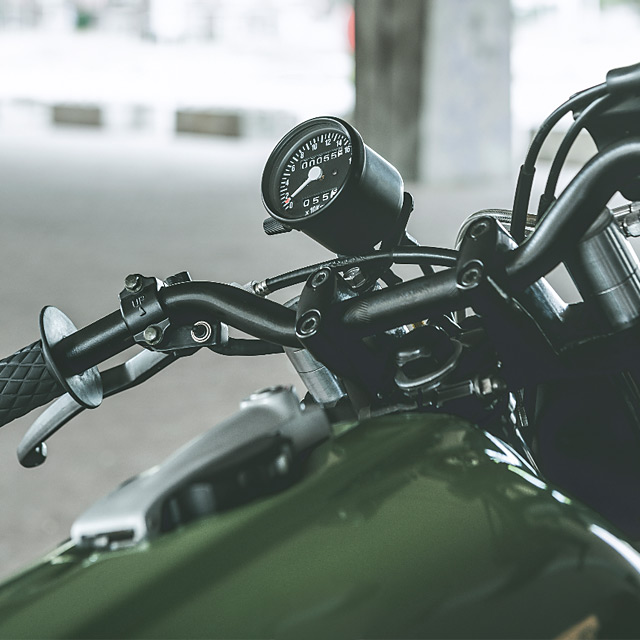 A set of tracker bars in black with a similar rise to the factory naked version take care of the steering duties, but much of the original clutter has been removed. The big master cylinder stays put but the enormous ‘80s switchblocks are gone and so too the ugly instrument cluster. Only an indicator switch remains on the handlebars with the light and ignition switches hidden with the wiring in a custom-made box mounted under the seat. A single analogue speedo is all the information Bob requires while new grips and levers add to the blacked out look of the bike. The big Honda headlight that was once a bird’s nest of wiring is replaced by a smaller item with an LED halo ring mounted to the forks on drilled ears. Keeping everything road legal are the bullet indicators front and rear with smoked lenses and a minimalist old school tail light that is fender mounted.

The finishing touch is the Wrench Kings logo on the side and lettering at the rear of the tank in a soft cream. It’s a logo you can expect to see a great deal more of as the guys plan to continue to build better and better bikes with a bar, clothing line and Wrench Kings burgers all on the way. But for now when Bob puts the tattoo gun down he has an army green custom tracker capable of 12 second quarters at his disposal and it makes for one hell of a tough rolling billboard for a Dutch brand on the rise. 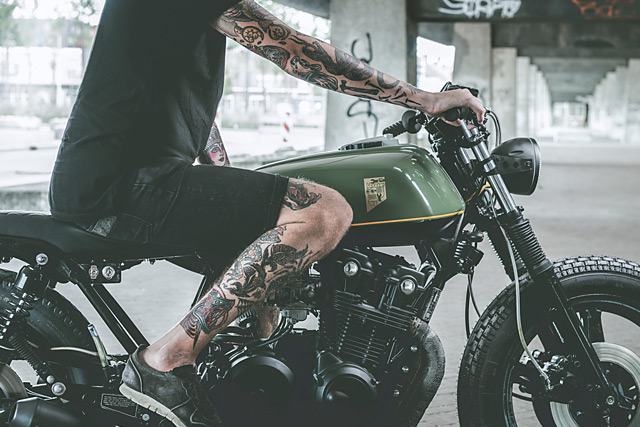