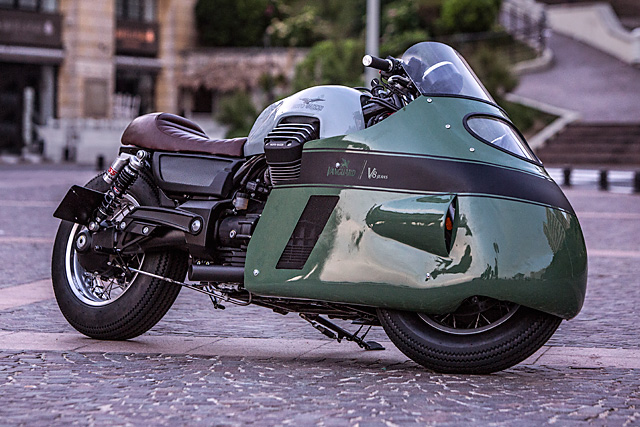 There’s precious few motorcycles that manage to make it all the way to the top. And I’m not talking about the top of sales, races or popular culture. I’m talking about bikes that obtain something altogether more legendary. Bikes that are spoken about in hushed tones. Bikes that they build museums to house. The bikes that changed motorcycling. Burt Munroe’s Indian was one. The Brough Superior is another. And without a shadow of a doubt, Giulio Cesare Carcano’s 1955 Moto Guzzi, aka ‘The Otto’ can take its seat at the table, too. Ahead of its time and earning a reputation as a widow-maker, the bike’s moment in the limelight was to be short-lived. But with this injustice squarely in their sights Amsterdam’s Numbnut Motorcycles, in conjunction with Gannet Design in Switzerland and Vanguard Clothing decided it was time for the legend to make a comeback. 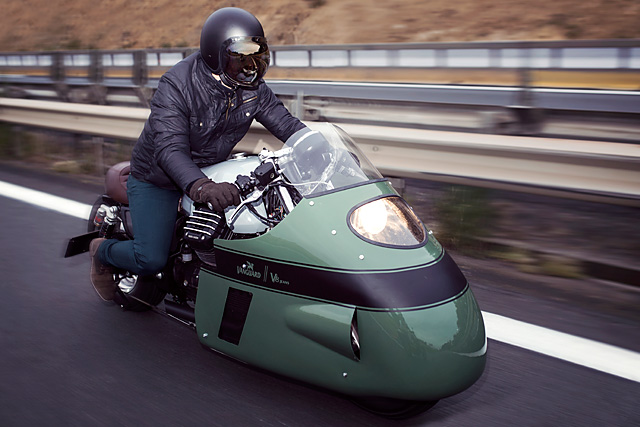 “Numbnut Motorcycles is a collaboration of 9 friends who have been building custom motorcycles in Amsterdam since 2012,” says chief Nutter, Roderick Seibert. “The guys all have their own style, so the bikes that leave the garage are very different from each other. We’ve built everything from 1940’s flathead Harleys to brand spanking new Yamahas for their Yard Built program.”

And as it happens, the Dutch Vanguard Clothing brand has a long-standing relationship with Moto Guzzi. Together with Numbnut, they got together to see if they couldn’t come up with a unique way of celebrating the launch of their new ‘V8’ jeans. Of course, the bike you now see is the result. 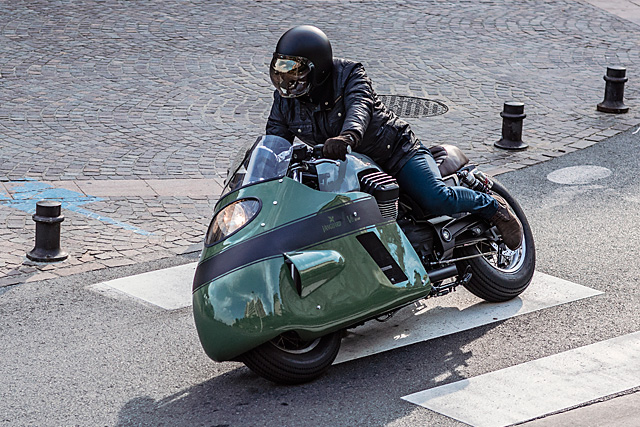 Hero in a half-shell

And the ‘V8’ name isn’t the only similarity the bike and the jeans have in common. Clearly, we have the American automobile industry to thank for the popularity of the V8 engine in the first place. And in post-war Italy of 1955, as with most other places in the Western world, American culture was huge. With thanks going largely to America’s 50s economic and cultural boom, you could barely move in most Italian cities without bumping into a jeans-clad teenager sipping a Coke and dancing to a jukebox. In motorcycles, as in fashion, the Americans were king – and Guzzi’s original V8 is the lovechild that proves it. 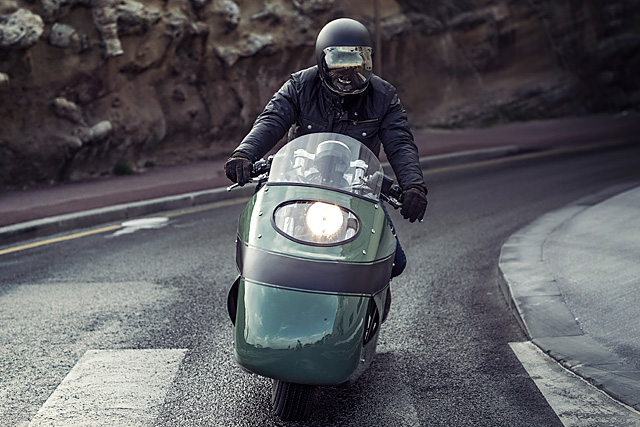 “The build process started with Numbnut and Gannet talking together with Vanguard in the middle of 2015,” says Rod. So coffees were drunk and ideas were bounced… and bounced some more. Then the hands-on stuff started in early 2016. “We stripped the donor bike, a 1400cc Moto Guzzi California ‘Eldorado’, of any plastic and all those other not very appealing bits that many modern bikes have nowadays. After that we put on the right tires for the design (the inimitable Firestone Champion Deluxes) and added a pair of YSS twin shocks to get the stance right. We find that this is always the first thing you need to get right; the rest of the bike’s design should always follow the lines that the bike naturally shows in this first, all-important stance set-up. 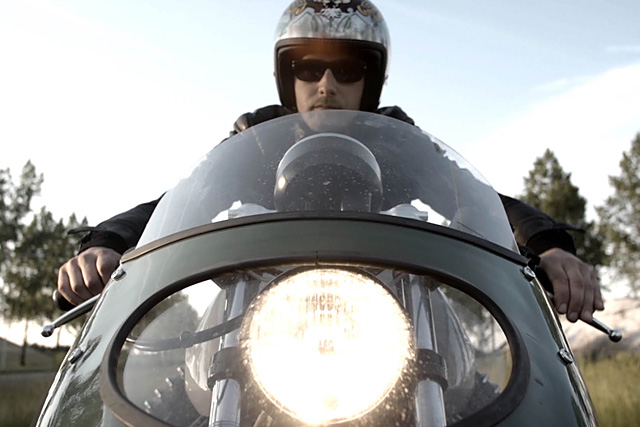 The next thing was to make the exhausts. “We wanted something that mimicked those short-style pipes from the 1955 bike.” By all accounts, they sound mean and as you can see, they look it, too. “We then welded the subframe that holds the dustbin fairing. A lot of mounting and unmounting was required to get the fairing to be perfectly straight on the bike, or to hit ‘the sweet spot’ as we put it.”

The tank was made after the boys had conquered the fairing, for obvious reasons. “It’s got knee indents and an overall shape which fits more closely to a racing bike. The seat was shaped afterwards to smoothly follow the line that starts from the top of the tank and moves backward.” Naturally, the (now reversed) controls for shifting gears and the rear brake pedal needed a dramatic relocation from their original cruiser position to their new ‘racer’ position. All up, they took a full 80cm (31″) journey to find their new home. Last but not least, it was time for that beautiful paint. “The colour on the fairing is dubbed ‘Racing Green,’ and it really brought the whole project to life once it was laid down.” And then, with the matt black striping added on top, the paint job was complete. 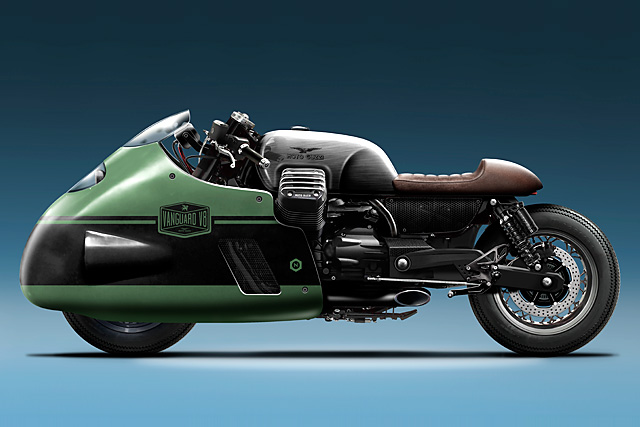 When we asked Rod about the hardest part of the build, his answer was simple. “The hardest thing was to find parts for this particular model of Moto Guzzi. These bikes don’t often get a custom treatment, let alone a racer treatment, so as you can imagine we ended up having to get pretty inventive.”

And what does the team like the most about the finished product? “We were particular proud of the radical transformation we did with this build,” notes Gannet’s Ulfert Janssen. “The base for this custom was essentially a very large cruiser. Transforming something like that into a flat-out racer with strong stance and a ‘fast forward’ design was fun as hell, but incredibly challenging at the same time.” Rod and the bike, pre-bathtub

We’ll give Rod the last word. “Even though the proportions are very different compared to the original Guzzi V8, I think we managed to designed a very cool homage with the Vanguard V8. The design and building quality opens eyes, and open pipes sure turns heads.’ Sounds like a perfect bike to us. Now all we need is for Moto Guzzi to give us that V8 engine we’ve all been waiting 60 years for. We’re ready when you are, guys.