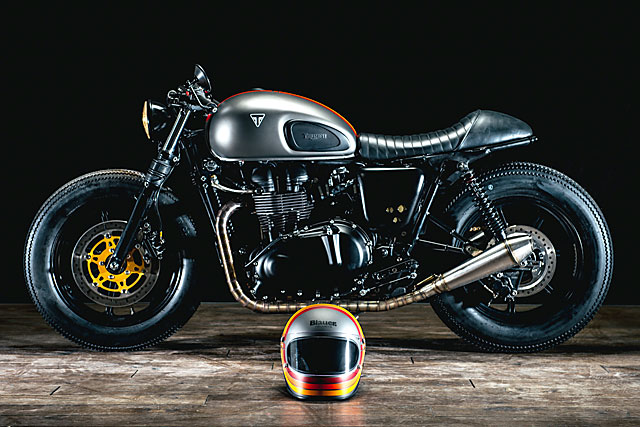 I watched the latest film about Steve Jobs the other week. Directed by Danny Boyle of Slumdog Millionaire fame, it was unfortunately a fairly average flick. Despite this, it did have a few memorable moments. The one that sticks in my head is the scene where Jobs is asked what he actually does by Steve ‘Woz’ Wozniak. “I play the orchestra,” he somewhat pretentiously exclaims. The idea is a simply one. Some of us are good at playing an instrument, but unless someone is taking care of the whole she-bang, all you end up with is a big cacophony. And while it might be a bit of a stretch to compare today’s builder to Jobs, it’s clear he approached building the Bonneville you see here in the same way. Some creators use their hands, while others use their head. Poland’s Wojtek Borecki is clearly all about the latter. 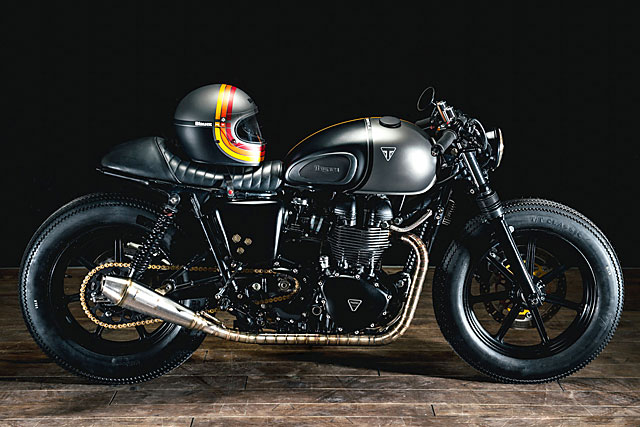 “I live in Warsaw, Poland,” says Woj. “I am 42 years old and, together with my fiancée, we run a lingerie company called Le Petit Trou.” And while you’d think that looking at beautiful women all day would be more than enough fulfilment for a lifetime, Woj clearly wanted more. More metal, that is.

“Pipeburn is a site which really captured my imagination and inspired me to build a motorcycle of my own. I have seen many beautiful motorcycles on here, and many that were made by world-renowned builders. It’s by drawing inspiration from them that I decided to build my own dream motorcycle.” 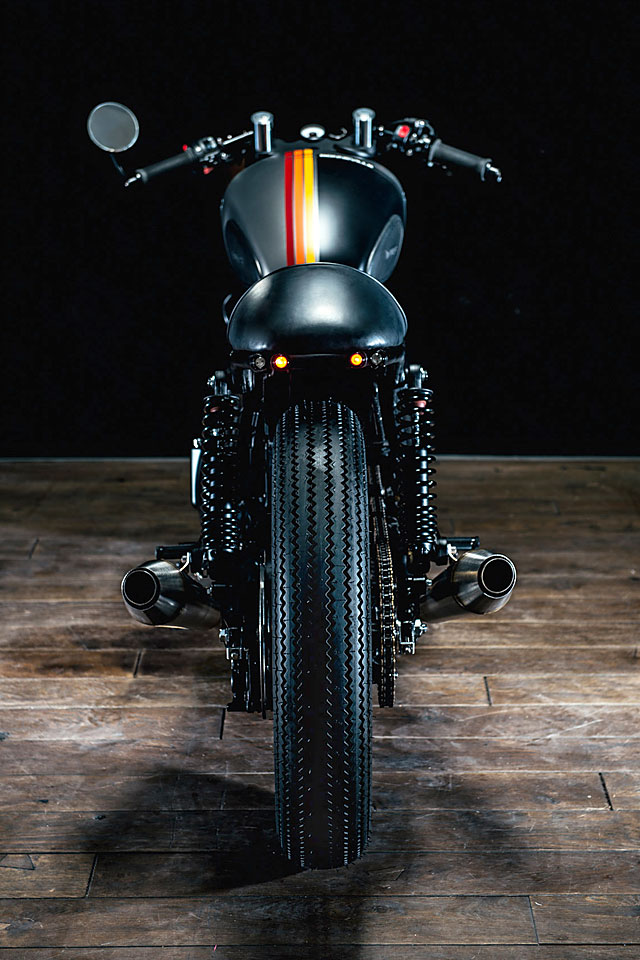 It’s hard to call Woj an amateur builder because truth be told, he’s never lifted a wrench in anger. Not even to make repairs. “I know pretty much nothing about bike mechanics,” he says. “The same goes for welding, painting or auto electrics. So when I decided to build a bike, I realised that I had a very clear idea of what I wanted but no idea how to complete the actual build.” Clearly, his designer brain was now paying dividends. But as it’s no fun riding sketches and Photoshop renders, he set about find the ‘musicians’ to get his own orchestra playing.

“After much research, I commissioned some of Poland’s best to perform the specific tasks I had planned for each stage of the build. The people I selected for the project not only knew a lot about their craft, but they also understood that I had very specific requirements for the work and that the goals I had set for myself were pretty high.” 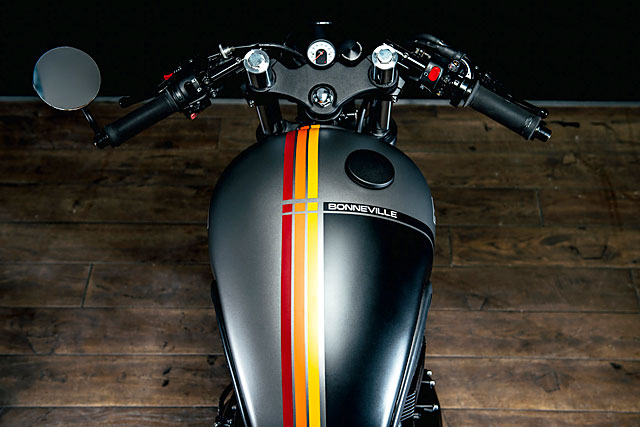 Woj chose the ever-popular Triumph Bonneville SE as the base for the project. “I purchased the motorcycle from a US Marine who was stationed in Italy, but was soon heading home. It’s a 2011 model that was originally painted in Pure White. And as with most bikes owned by service men and women stationed overseas, it had very few miles on it. 5000 to be exact.” 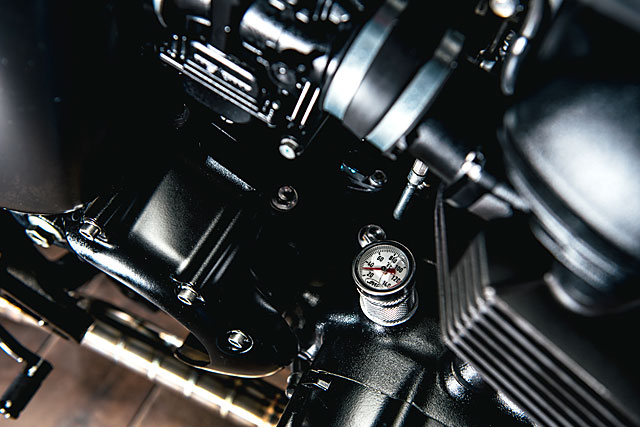 Woj knew pretty much exactly what he wanted to build from the very beginning. He wanted the motorcycle to have clean, sporty lines and the look of a vintage cafe racer. And as with all good conductors, he had thoroughly planned the end result as well as each stage of the disassembly, construction and rebuild. 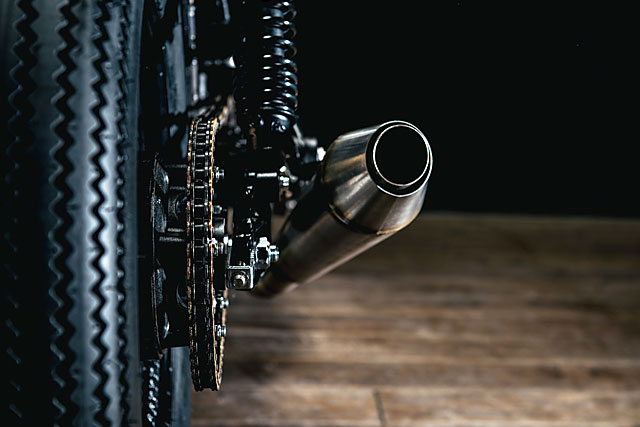 “The motorcycle has a new rear frame with all the necessary mounts for brake lights and indicators. Rebuilding the frame was really meant to ‘finish off’ the rear of the motorcycle and give it new, more sporty character. Hence a new seat was designed for the tweaked frame.” Other updated elements include the foot pegs, clip-on handlebars, the headlight, grips, a mirror and the addition of the always-slick Motogadget speedometer. Next to it sits a Rizoma brake reservoir, which finishes everything off nicely and really adds to the motorcycle’s jaunty character. “Many other components were altered or exchanged,” says Woj. “The front sprocket case, chain, side panels, front and rear sprockets, EBC disks, tyres, bearings and many other small elements – all these were updated, too.” 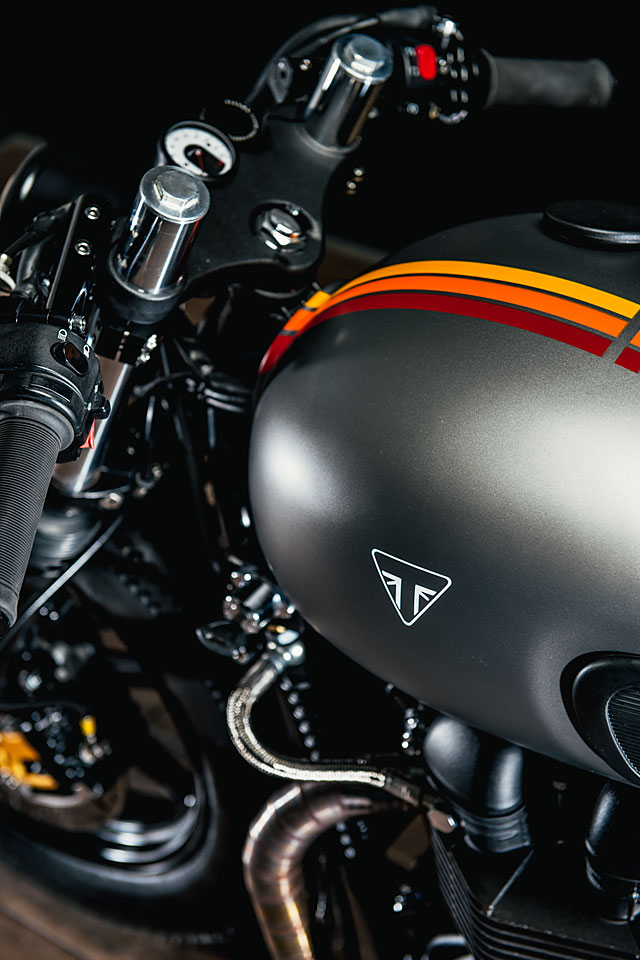 And despite the challenges that could easily put off any first-time customiser, Woj says that he had a minor revelation of sorts during the process. “When I was building the motorcycle, I totally fell in love with designing and building process. So much so, that I immediately decided to plan two new projects which will be completed in the next 12 months. The first one will be leaving my garage in the spring of 2017.” 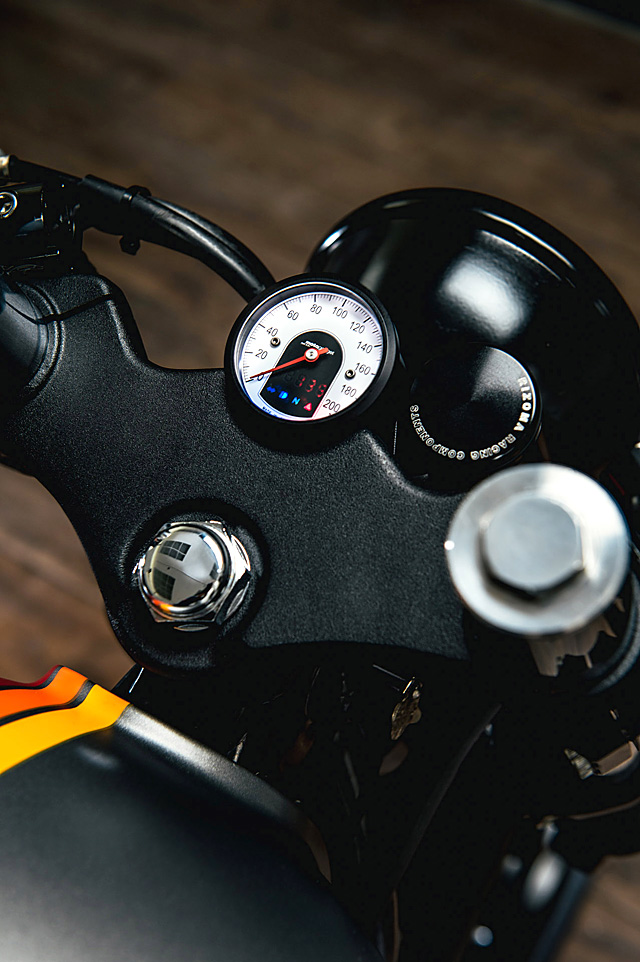 We quizzed him on the hardest part of the entire process. “The most difficult step in building this bike was to design and build the rear frame. And by this I mean the integration of the rear lights, stop light and indicators with the frame and the tail of the seat so that the whole thing is coherent, symmetrical and so it also embodies that all-important sporty character.” 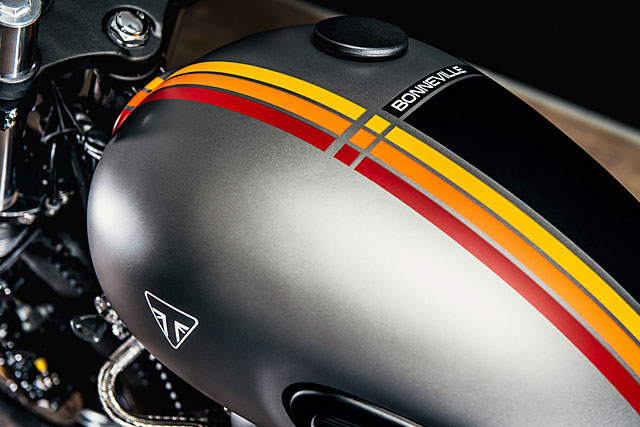 “I think my favourite part of the bike is the gas tank,” smiles Woj. The paint scheme’s inspiration was the motorcycle helmet you see in the photos here. And Woj adds that the varnished gas tank looks much more impressive in the flesh than it does in the photos.

“I am of the opinion that this is one of the most difficult things to get right, because you can very easily ‘kill’ a project with an unsuitable colour or bad graphics. In this project, I didn’t have a problem choosing, as the look that appeared in my head was inspired by Blauer’s beautiful ‘Vintage ‘80’ helmet.” 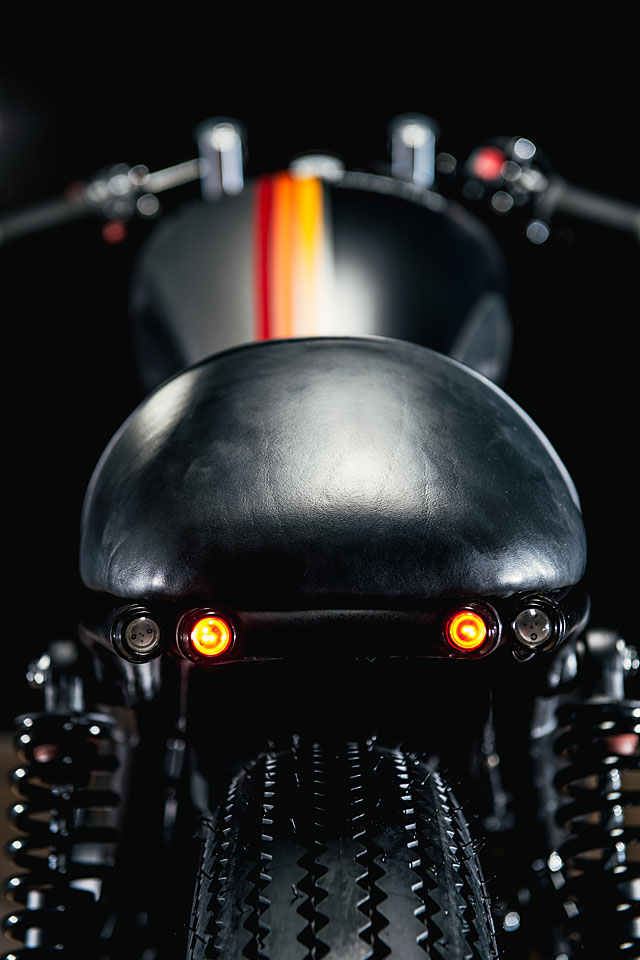 In the end, the bike is a beautiful example of what can be achieved if you really put your mind to something. While most of us would baulk at the mountains of coordination building a bike like this would require, it’s clear that some minds really revel in the challenges that building a bike with the hands of other people presents. And aren’t we lucky they do? 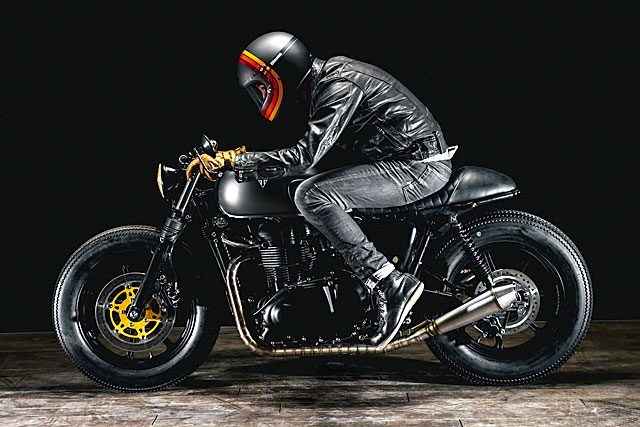