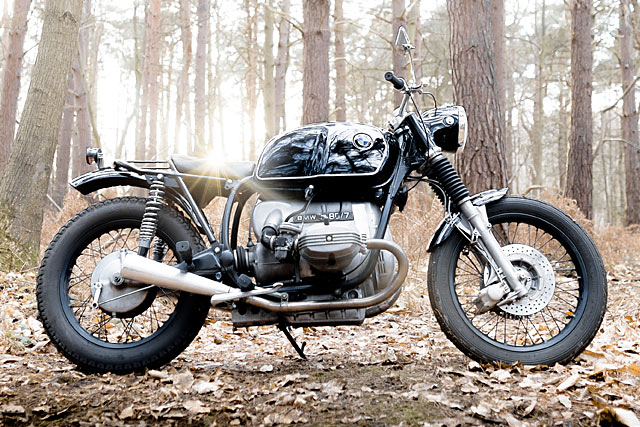 Customers come in all shapes and sizes. The easy ones. The difficult ones. The ones that trust you and the ones that want to tell you how it’s done. But when you’re building a custom bike, surely there could be not more difficult a client than a Director of Photography. Charged with making shots look great on big budget films or TV, there’s probably no one in the world more focused on the details, colours and structure of a creative job. So while the builder is talking to them about choosing a seat colour, the ‘DOP’ is probably playing cinematic images of the finished bike through his over-active head. Images that are probably very similar to the ones you see here. And that’s because the DOP in this instance is also the Untitled Motorcycles customer who ordered this BMW and the guy who shot it. Check out Chris Steven’s beautiful ‘79 ‘Mile Muncher’ R80/7. 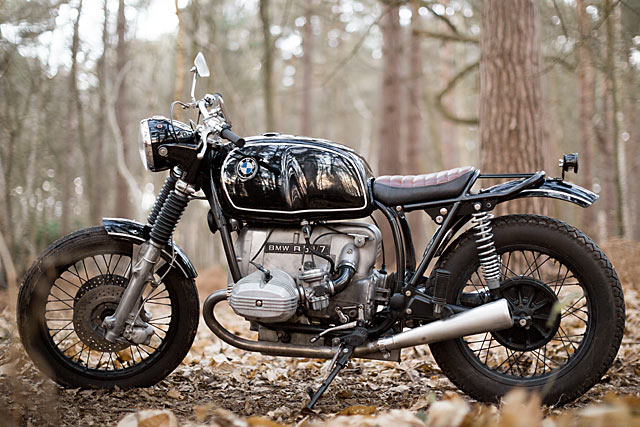 When Untitled Motorcycles were approached by Chris to build him an everyday workhorse, the team were more than a little delighted. “UMC likes nothing better than to build custom bikes that get used all the time,” says Adam, Untitled’s Chief Designer. “We always try to make beautiful machines. Hopefully some would say they are show bikes that are usable as well.” And in Chris’ case, he not only wanted a bike that looked good; he also wanted something that wouldn’t balk at some off-road work and the odd piece of heavy camera equipment should his work schedule require it. 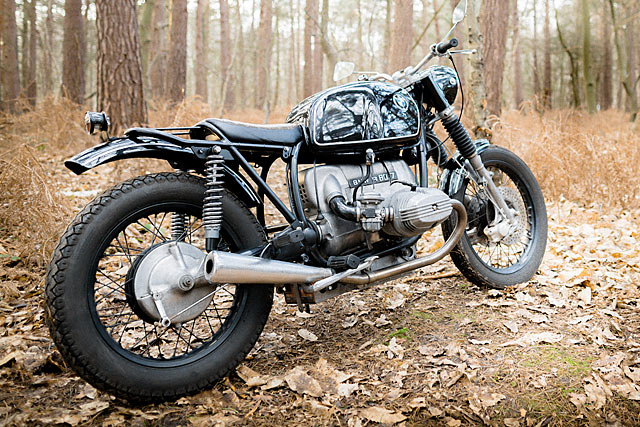 UMC started proceedings with a no-holds-barred engine rebuild. The heads and barrels were removed for blasting. Then new rings, valves and big end shells were expertly fitted. The gearbox also got the full UMC treatment, with a complete rebuild.

“It’s a standard UMC process,” says Adam. “All worn out parts get replaced with new components. The carbs were stripped, cleaned and treated to new jets, gaskets and rubbers. No expense is spared on the mechanical side of things when your customers needs the bike to work at a touch of the button.” Niko, UMC’s amazing fabricator and mechanic par excellence, was in charge of making sure it all went back together and ran smoothly. As someone who can balancing carbs by ear and sets timing in a similar fashion, you almost know before he opens his mouth that he comes from a family of bike builders. Lucky bugger. 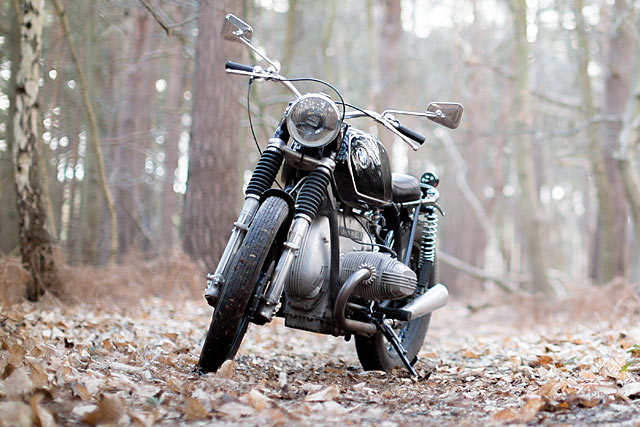 To keep the look as clean as possible, Adam chose a classic headlight design, and one with an integrated speedo to boot. It’s something the shop has been doing from the very first custom they produced way back in 2010.

Another well-hidden component of the build is the master cylinder. Tucked away under the tank, it goes a long way to keeping the classic British ‘bars clean and lean. But as it’s an everyday bike that’s regularly used on the busy streets of London, mirrors were a must. “You really need to know what’s going on all around you – not just in front of you,” says Adam – someone who’s been riding the capital’s roads for over 30 years. 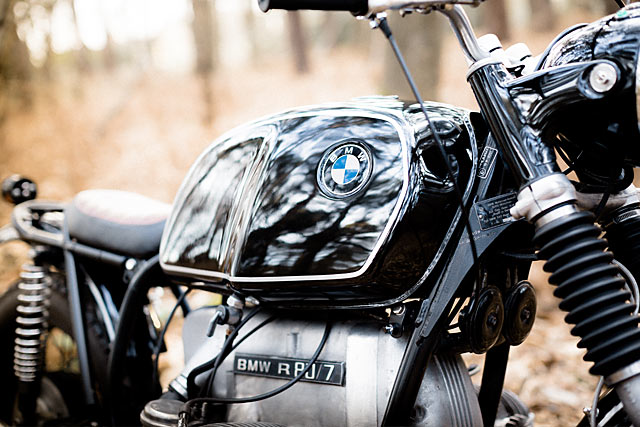 On a similar note, indicators are a must to keep you ‘London’ safe. However, there’s not many that would sit pretty on a clean-looking machine like this. UMC uses the Motogadget ‘m-Blaze Pin’ which are renown for their brightness, despite their diminutive size.

The whole electrical system was replaced by Anita, UMC’s in-house electron expert. She has learnt from years of trial and error to make the loom as simple as possible, avoiding those infuriating glitches that only someone who’s ever tried to rewire a bike themselves could truly know. “She’s also a stickler for correct earthing. All the team at UMC triple check the frame for Anita’s little patch of raw steel, just to get that earthing absolutely correct.” 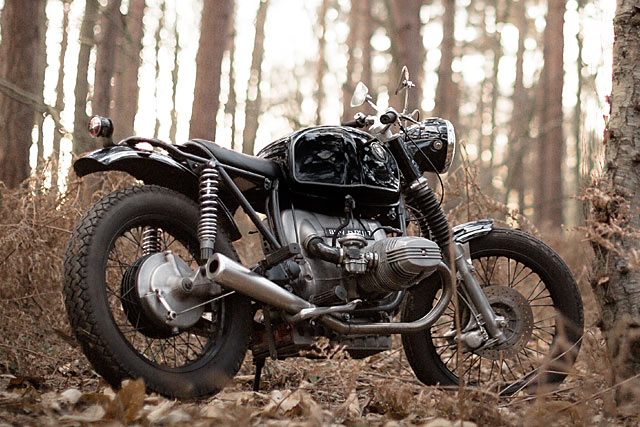 Those with keen eyes will have noticed that only three ‘bar cables are visible: the clutch, brake and throttle. Neat, huh? The battery has been moved to open up the space behind the engine; UMC make a neat little stainless steel battery box which sits just under the gearbox. It doesn’t need any welding to install and it’s much easier to get at than BMW’s original version. 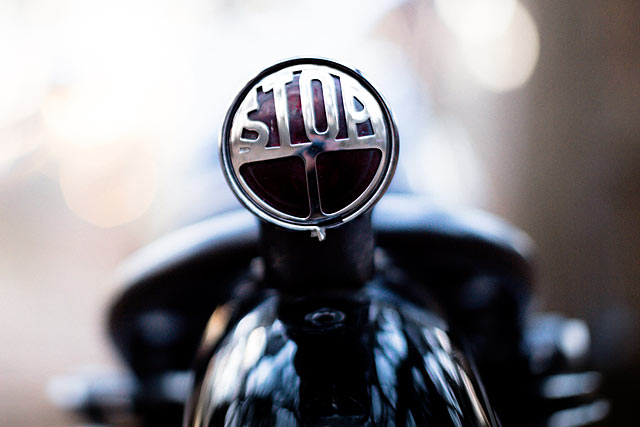 The bikes ingenious subframe is an in-house design. Niko fabricated the integrated rack for Chris’s camera equipment and made some simple panniers racks for extra luggage should the need arise. The single rider’s seat and bolt-on pillion perch were designed by Adam and made by the ever-reliable local seat guy, Glenn Mogor. 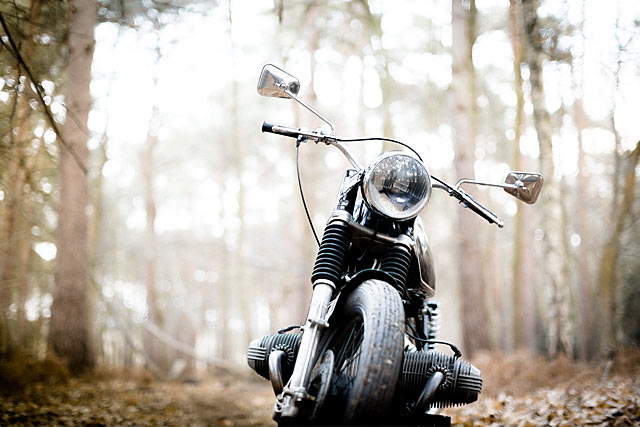 This one’s got our vote for photo of the year. Beautiful stuff

To finish, the ocean-deep gloss black paint scheme follows the traditional BMW look with some perfectly restrained silver pinstriping on the tank and guards. “UMC have been using Dennis at D-Lucks paint shop,” says Adam. “As you can see, he’s amazing.” No kidding. 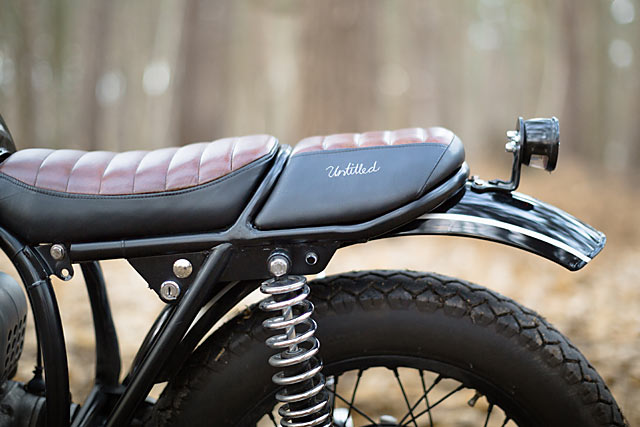 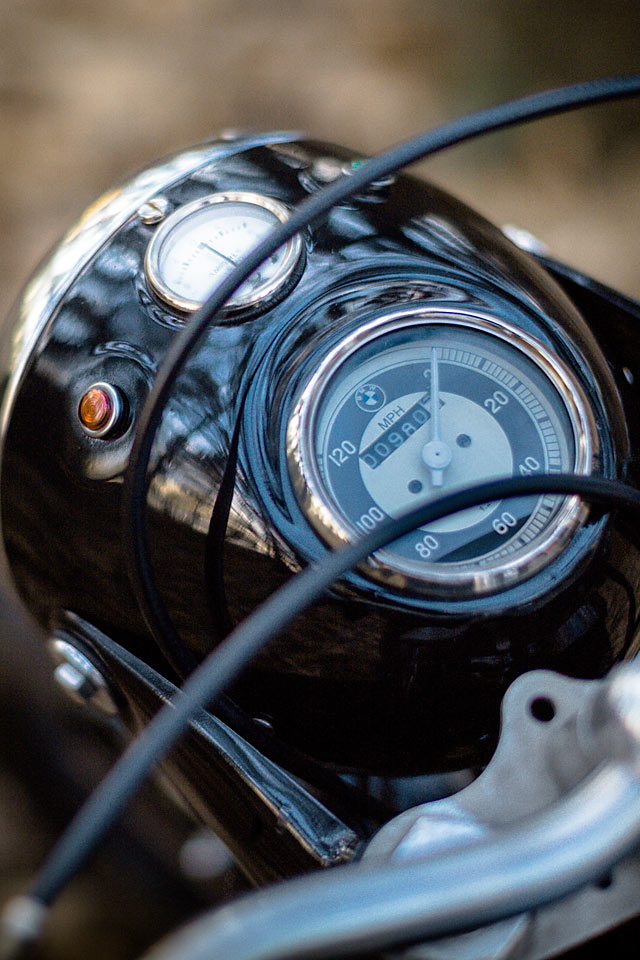 So, you’ve seen the bike. You’ve read the story of how it came to be. And now, as if to chuckle at your already obvious jealously, we’ll leave you with this doozy from Adam. “The bike went on a tour around the French and Italian alps this past summer. Myself, Chris and Gav all went on our custom BMWs.” Fresh air was breathed. Fun was had. Fuel was burned and delicious European beer was consumed. Some guys have all the luck, don’t they? 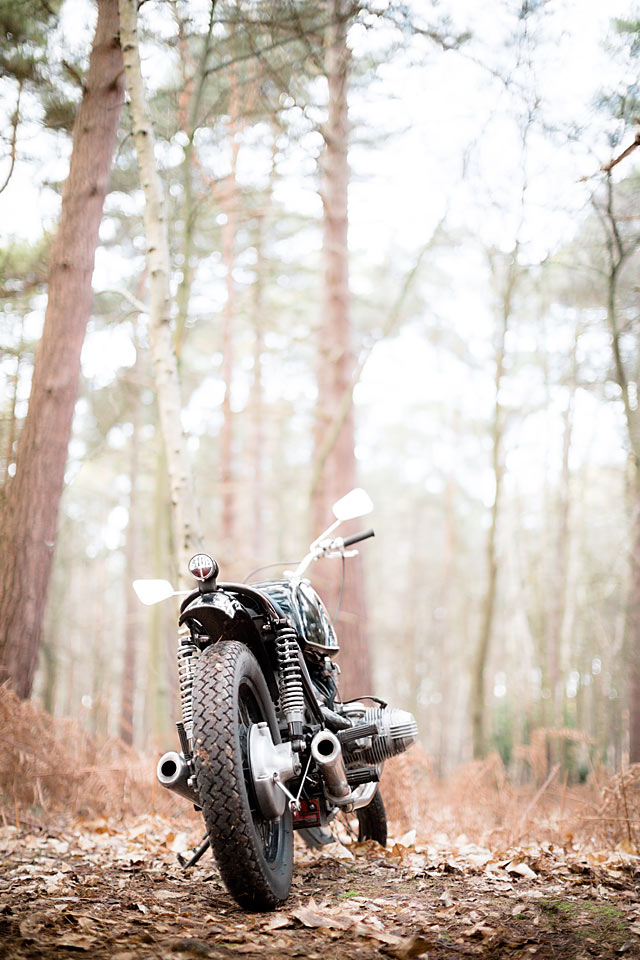