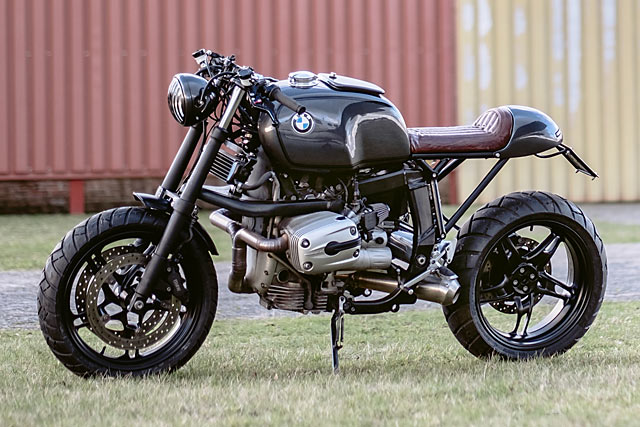 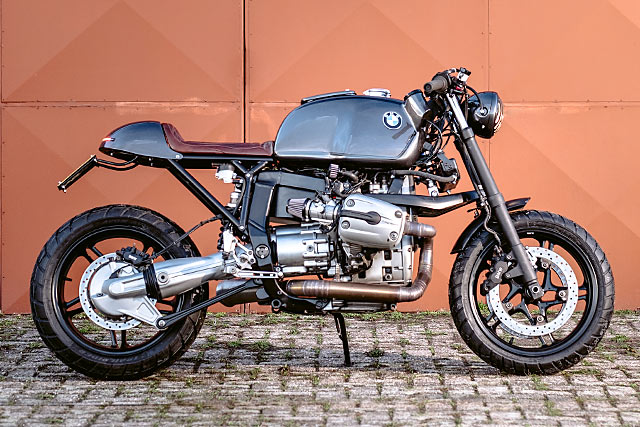 Maybe the owner of the Beemer knew this when he first approached Moto Adonis. Like many others after a cafe racer, he was lusting after a stripped-back custom based on a 70’s or 80’s Bavarian. You’ve seen it done hundreds of times before, the R75/5 or R100 with blacked-out rims and a choaded-out rear end. They’re always good. But after riding the customers’ everyday R1100S, the team decided that was going to be the base of their next build. 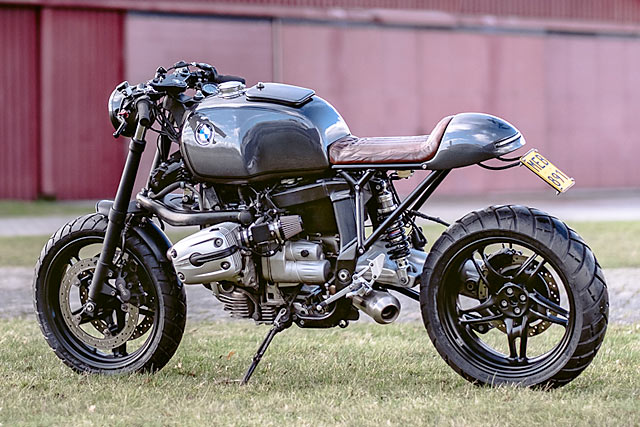 According to Daan Borsje, head Adonis of Moto Adonis, it was an easy direction to go in. He was smitten with the bike. ‘The power, the raw sound, that big ass open wheel… I loved it!’ he says. It has a good amount of horsepower on tap, it’s reliable and handles well too. So on paper it sounds like a prime candidate for a build, except, according to Daan, one minor thing: It’s ugly. ‘…of course the styling sucks,’ he admits. ‘But that’s why he came to us!’ 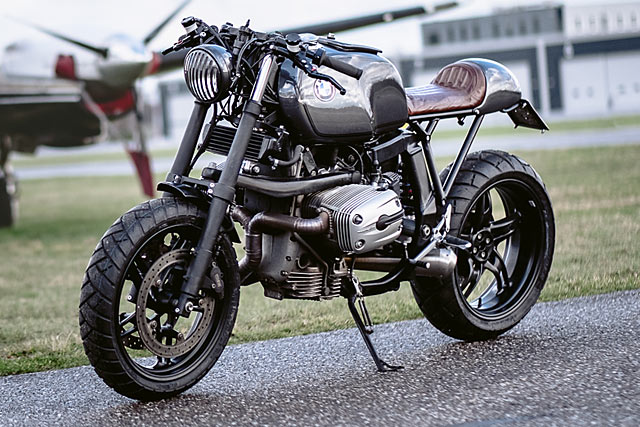 “The R1100S is not a cool bike in stock trim. They’re mostly admired by very middle-aged, very clinical riders with names like ‘Herbert’ and ‘Doug’.”

And the styling on the standard model is no minor hurdle to overcome. Because no matter what you think of the R1100S it’s not a cool bike in stock trim. They’re mostly admired by very middle-aged, very clinical riders with names like ‘Herbert’ and ‘Doug’. That’s partly why you don’t see too many customised. The other reason is it’s a modern bike, with modern challenges to overcome during the build process. 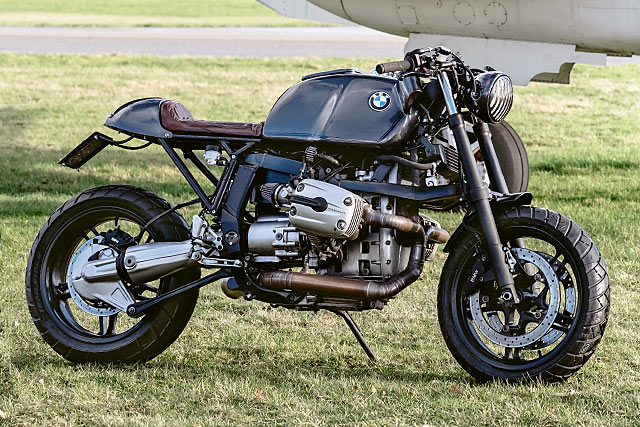 Most of those were related to hiding the wiring. The crew tore down the BMW and then turned their attention to the fuel tank. The standard unit was stripped and had the bottom end cut out which was mated to the top and sides of a R100S police gas tank. That allowed the fuel pump and electronic wizardry to be Anne Frank’d up away inside. The rest of the wiring is pushed into a box that sits where the old airbox used to live. But most of it is under that tank. 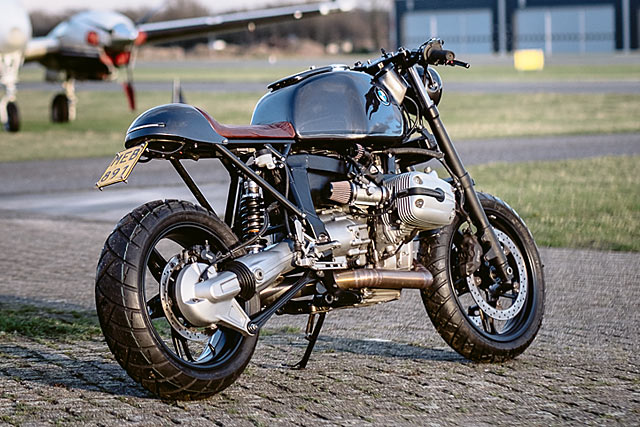 ‘Everything is under there. The ECU, the ignition coils and the fuel pump, of course,’ Daan says.’Besides that in front of the tank there are a thousand cables, relays and all the usual stuff you’ll find in a modern bike’. In a neat touch, a bracket was mounted to the right hand side of the tank to fit the Acewell speedo. 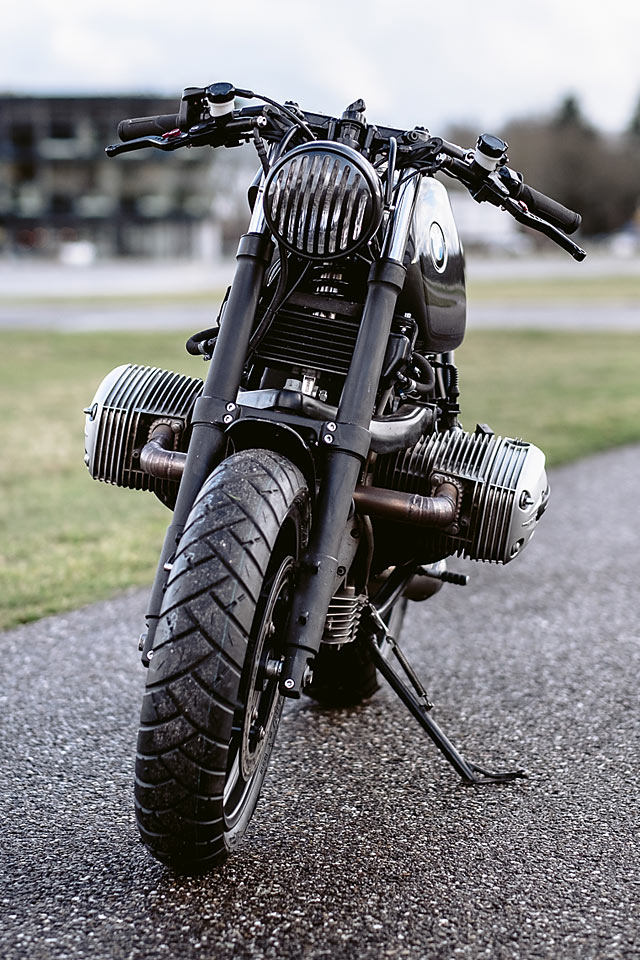 At the back end, a new tail loop was installed on the stripped down frame, with an integrated LED brake light and indicator mount. Now a staple of the custom motorcycle scene, German company Motogadget provide the controls on the clip-ons. 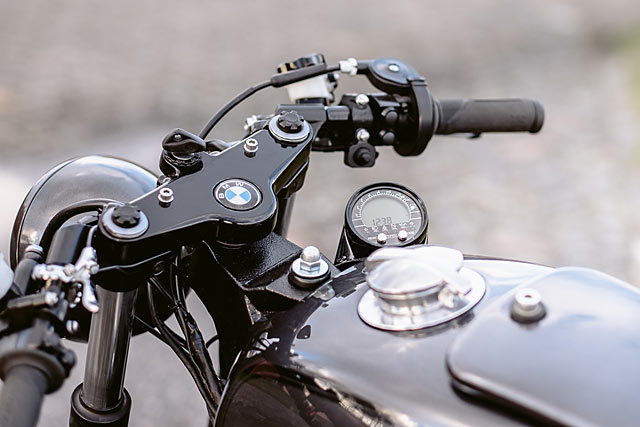 Finally, the paint was completed using a colour from Renaults’ catalogue (the only thing even vaguely related to Renault I’d let near a bike) which is a deep grey with a light fleck in it. It works nicely which with the pale grey covers over the shaft drive and engine head which dominates the palette from the right hand side. 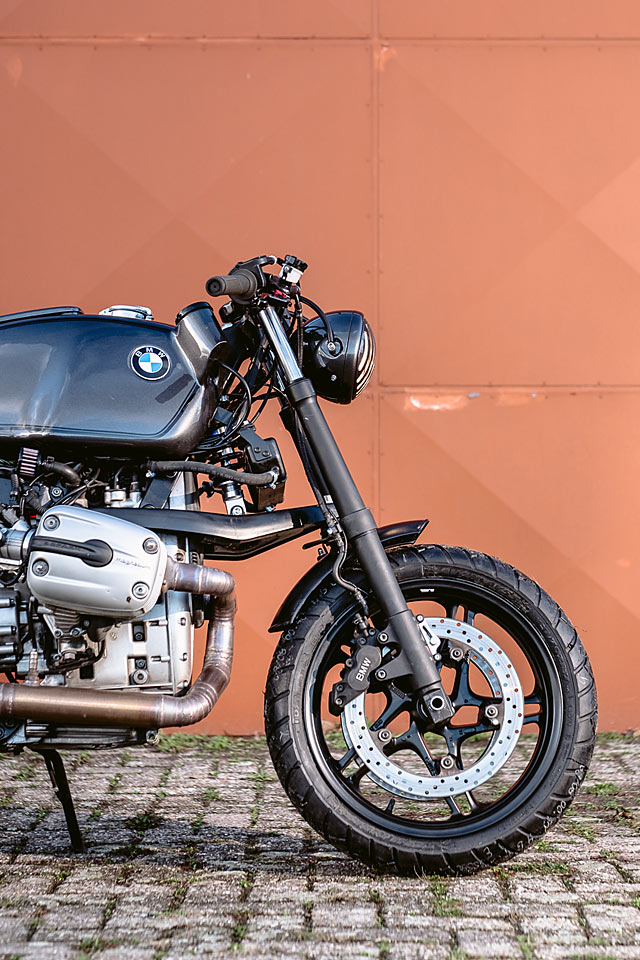 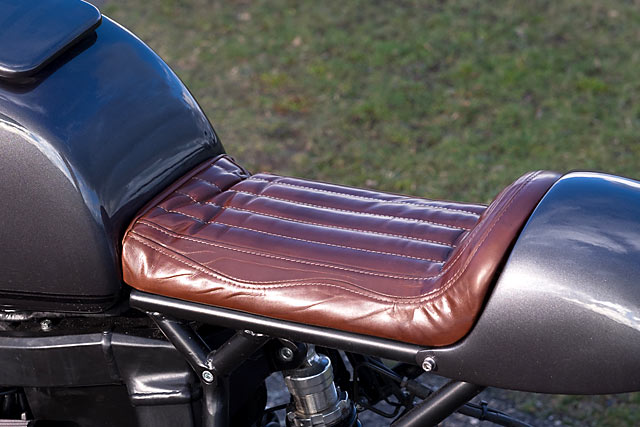 Hauling the BMW cafe racer along are a pair of custom headers running into a Shark exhaust, K&N air filters all round and a power commander unit to get the fuelling just right. Hagon suspension keeps both ends planted firmly on the ground. Well, mostly. ‘The thing flies like a plane!’ declares Daan, ‘I’m heading off to do some wheelies!’ 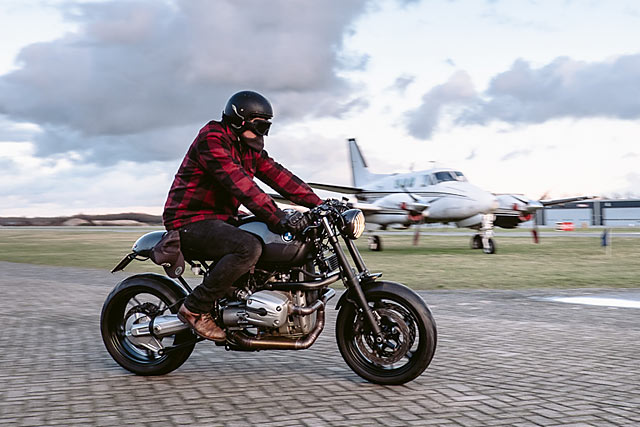