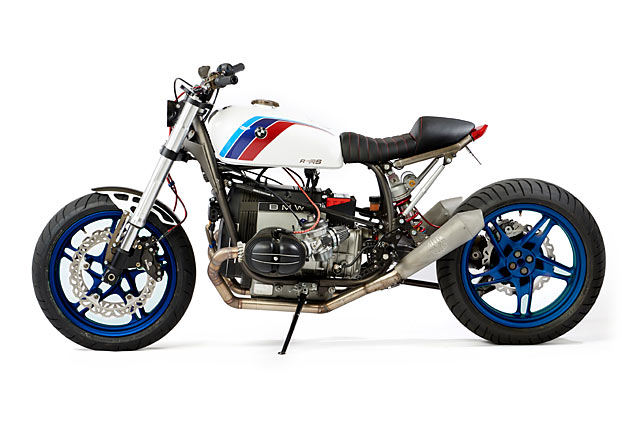 BMW R-series customs. Go on, say it. You’ve seen more of them than Trump’s seen golf courses. You’ve seen more beefed-up boxers than a New York gym. You’ve seen more loud R’s than an overloaded pirate ship. We get it. But when we saw this little R100RS from France’s JRM Motorcycle, we were intrigued. Knobby tires? Nope. Bobber seat? Nope again. Murdered out? Extra nopes. Contrary to all expectations, this one has a road-racer-meets-motard vibe that we might just be digging. A lot. 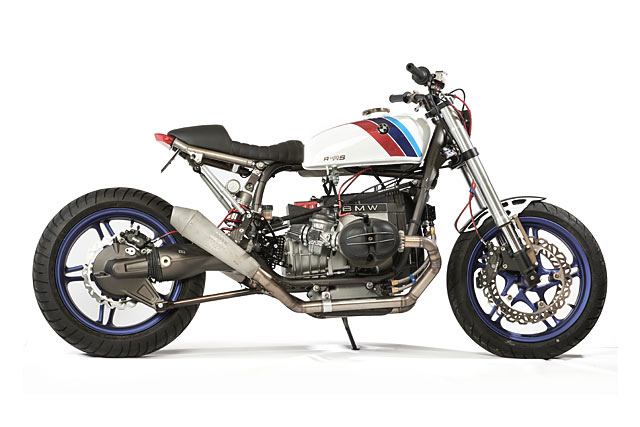 Jeremie Lago opened JRM Motorcycle four years ago in the picturesque town of Villeneuve-sur-Lot, in the south-west of France. He works closely with the well-known MCSO Performance shop, which was originally opened almost 30 years ago. Together, they have a well-earned reputation of creating some of France’s best custom bikes. “I love design and thinking of big new ideas,” smiles Jeremie. “That includes both designing, construction and the painting of the finished bike. This is my passion.”

Wanting to combine both the old and the new into the build, Jeremie chose a Seventies-era Beemer to see how he could evolve it. “The lights, the brakes, the bike’s weight and its equipment; I took the same approach with my first bike, and I liked it so much I’m doing it again here. I also found that it really helps me with my course at the local School of Engineering. It puts the theories into practice.” 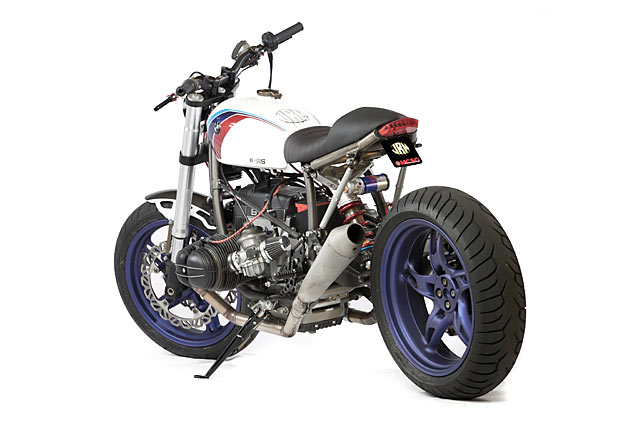 Jeremie found a donor BMW for the racer in a small village not far from his own home. And to be honest, it sounded like a bit of a dream purchase. “It’s a ‘79 model. A little old man sold it to me quite cheaply. It was all original, and in very good condition.”

Then he got to work. “I started throwing everything out that was useless or obsolete. I may have gone a little overboard, as ultimately I only kept the engine and the frame.” Next on his list was a fork swap. After considering a few options, both upside-down and right-way-up, he chose a very beefy pair of Ducati front legs and bolted them on. 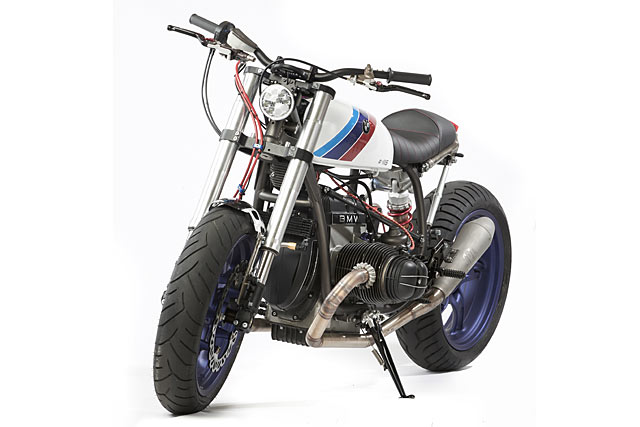 And while a lesser builder might consider a fork swap enough hard work, Jeremie decided to get all next level on things, by way of the most unlikely of BMWs. “I thought long and hard about how I’d mod the bike’s rear. Eventually it came to me. I decided to adapt the rear swingarm and the wheels off a BMW K850 RT.” And he didn’t just bolt the luxobarge’s bits on and call it quits. Hell no. “Using my engineering skills, I sorted out everything from the perfect location and angle for the new shock and its set-up, to the bike’s new static sag adjustments.” 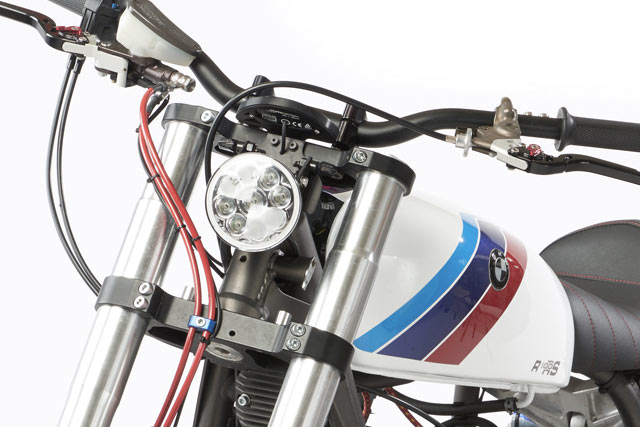 Innumerable other mods have been made elsewhere, including an elegant (and blinding) new LED headlight, a new Li-ion battery and cradle, the ever-popular Motogadget speedo and some gentle-on-the-wrists LSL ‘bars. The headlight is an aftermarket LED unit. And of course, there’s the killer BMW Motosport paintwork. God bless the red, white, and two blues…

“Of course, the hardest part was the rear swingarm replacement,” says Jeremie. “It’s exact location, pivot point, the mating of it to the old drive shaft, the safety aspects and about a million other small issues all took many, many hours of thought and muscle to get right. But in the end, it was all worth it. And more.”

Note the blue ‘power’ button on the tank

Having the distinct privilege to be able to ride the racer on a daily basis, Jeremie was more than happy to let us in on what it’s like. “For all the mods that have been made to it, it’s just so well-behaved on the road. It’s a total pleasure to ride, too. I think that the time I took to really get the details right, both mechanically and aesthetically, have made all the difference. The breaks, the suspension, the feel of the motor. They all work beautifully together.” All this, and he’s still studying engineering? Can you imagine what he’ll be capable of when he graduates? 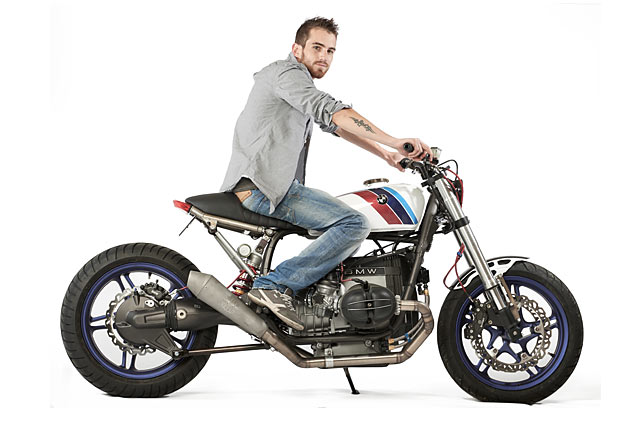 Jeremie Lago on the go