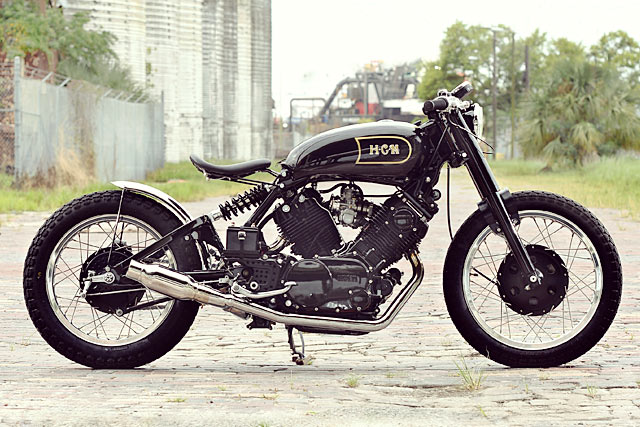 If you’ve wondered why second-hand Yamaha Viragos are demanding ridiculous money these days I know who you can blame. Greg Hageman. As head of Hageman motorcycles in Iowa, he’s near single-handedly turned a daggy 90’s cruiser into a favourite of the custom scene with his incredible builds. This time around Hageman have knocked another one out of the park with this amazing Vincent-inspired 1981 Yamaha XV920. 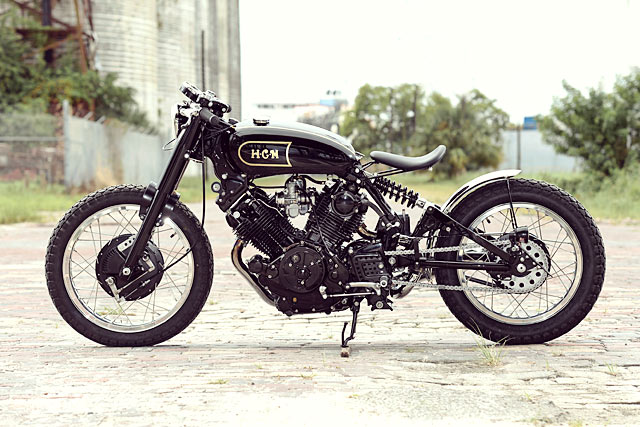 But it’s not quite fair to limit Hageman’s prowess to just the Virago line. Over the last few years he’s made some fantastic Sportsters and CX500’s as well. But the warrior woman series is where he does his greatest work – especially when he’s given free reign, as with this build.

“But it’s not quite fair to limit Hageman’s prowess to just the Virago line. Over the last few years he’s made some fantastic Sportsters and CX500’s as well”. 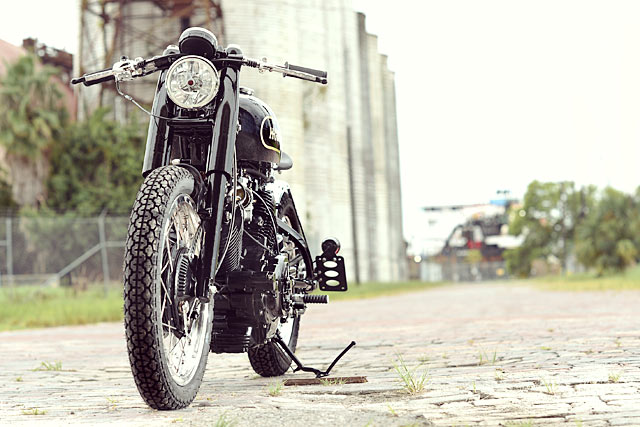 ‘A good customer of mine sent me a clean 81 XV920 chain drive along with a XS-1 front wheel,’ Greg says. ‘He told me to build the bike and however you want, when you want.’ That’s a motorcycle workshop’s dream. With that wonderfully open-ended brief Greg and the team went to work. 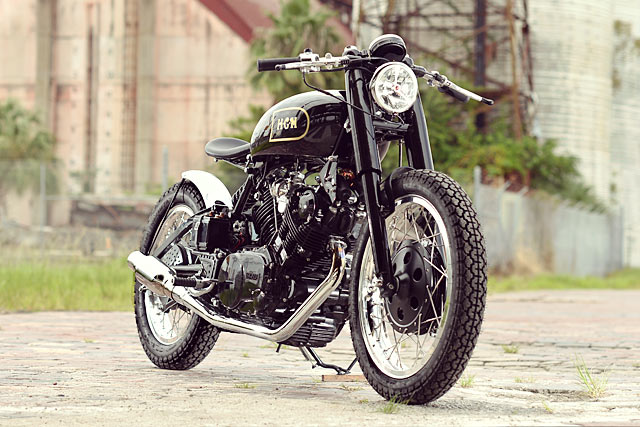 First up was the tank, which is a reproduction Vincent model. The tunnel was cut out of a standard Virago gas tank and mated to the aftermarket unit to ensure it fitted snugly on top of the frame. Out back, the rear section of the frame was removed and replaced with tubing. ‘It gives it a much lighter look,’ Greg says, ‘and it’s lighter – and just as strong’. 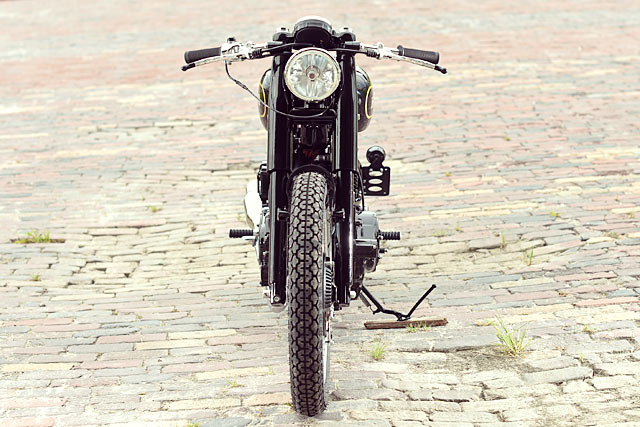 The suspension and wheels are a match of products from all different marques. The front end is from a late model Sportster which runs down to the customer’s XS-1 drum brake. Out back the rear hub is taken from an XS650. At both ends the hoops are provided by Excel and built with stainless spokes. 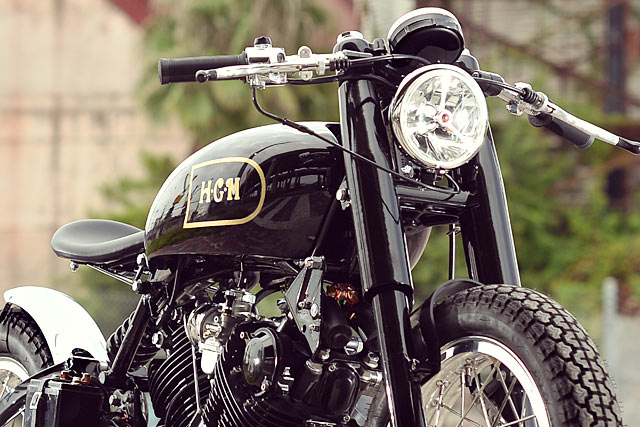 Engine-wise there aren’t any radical modifications, with the 920 having an excellent reputation for reliability. With one exception – the god-awful clacking noise produced by the starter when cranking the bike over. Everything on the left hand side of the engine has been upgraded to second generation Yamaha Virago parts to remove this shudder-inducing racket. The bike was also fitted with VM34’s that run velocity stacks and a two into one stainless steel system. 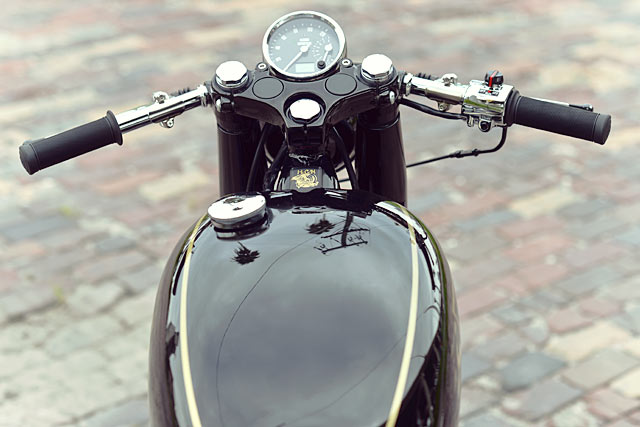 The engine was painted gloss black and the gorgeous paint across the tank was laid down by tried-and-trusted friends of the workshop, Moecolor. Powder coating was done in nearby Clearwater by Prefab. 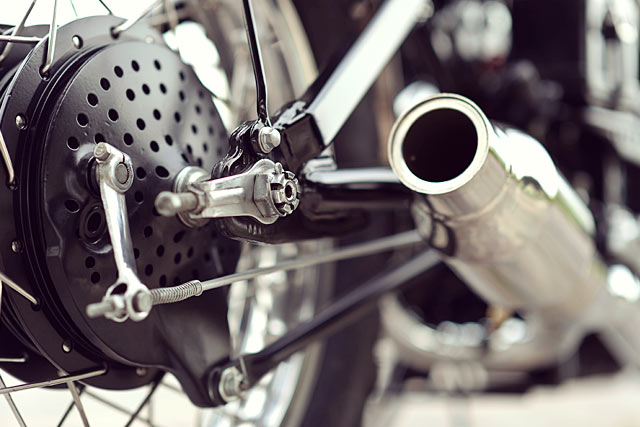 When it comes to electrics the bike runs a GPS unit as a speedo made by Utah-based Speedhut. For those of you who aren’t aware of them take a look – you’re able to pick and choose what functions and appearance you want and they’ll make it for you. This one comes an integrated tachometer, and sits behind a Bates reproduction headlight. 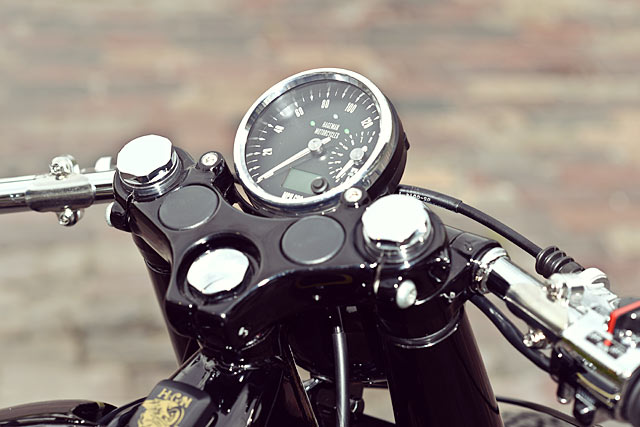 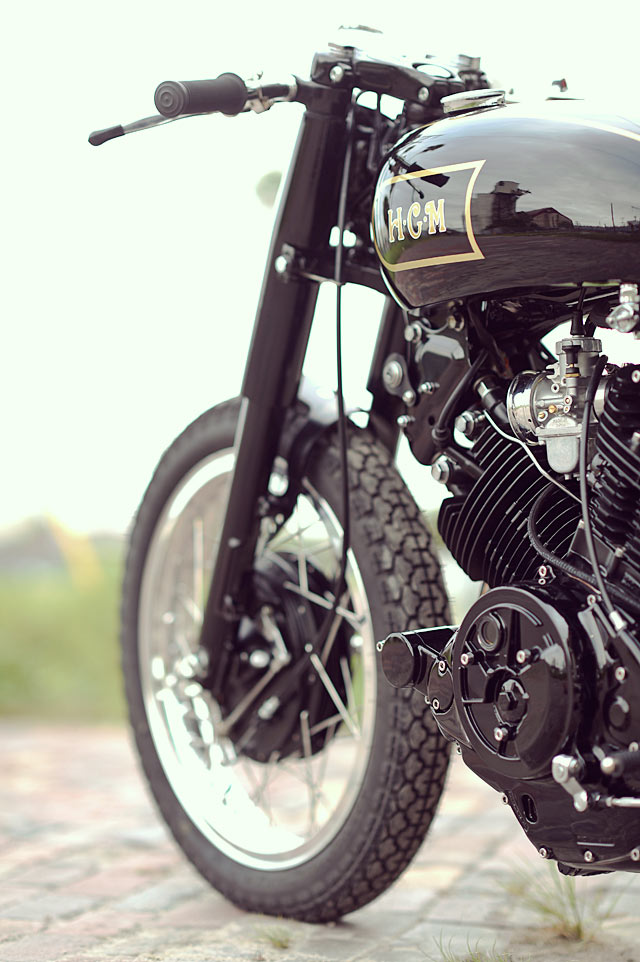 All told, Hageman MC have made another exceptional little v-twin and Greg himself is ecstatic with the result. ‘The bike in the end is a pleasure to ride,’ he says, ‘It’s simple, smooth, light and comfortable’. And it looks every bit as good as it is to ride.

I’ll bet the prices of second hand Yamaha Viragos will have nudged up again tomorrow. 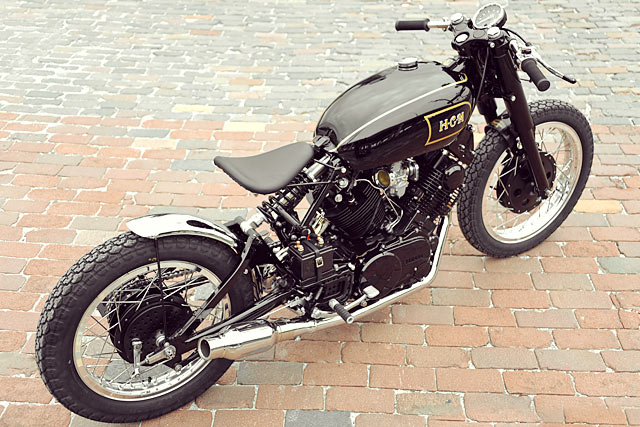