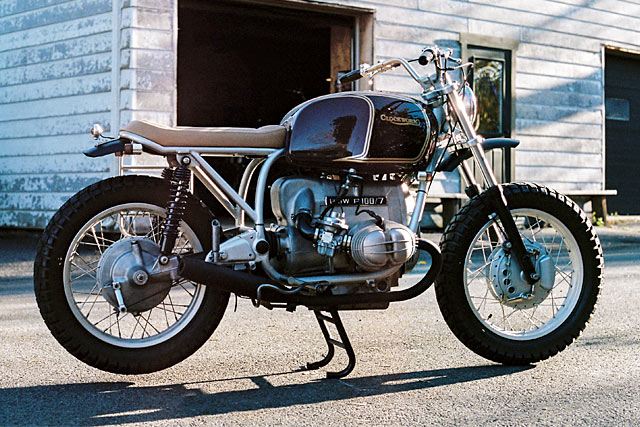 Listen to any good rock song from across the ages and that rhythmic pulse that you tap your foot to is provided by the bass player. Often maligned, rarely the charismatic front man, what they provide is the reliable foundation for every great song and band. If ever there was a motorcycle that provided the same characteristics, it’s the trusty boxer beat of the R series BMW. So it should come as no surprise that a world-famous bass player and motorcycle aficionado chose one as the basis for his build. But it wasn’t until Montreal’s Clockwork Motorcycles waved their magic wand over this 1976 BMW R100 was it truly fit for a rock star. 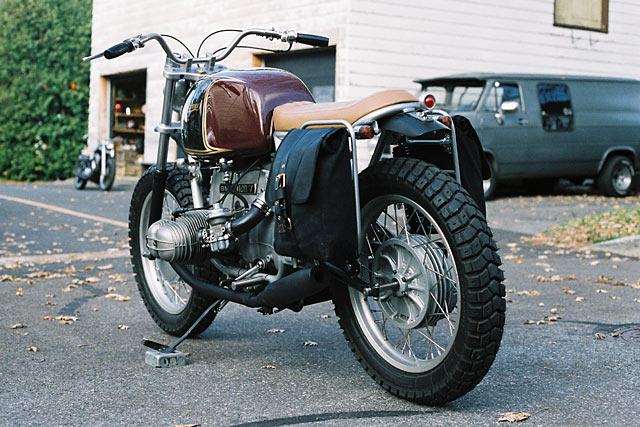 Just who this international renowned musician is we’re not quite sure, but Clockwork’s head builder Samuel Guertin gives us a few clues, “ He has multiple bikes, some of them are in Montreal and some others are in California. Oh, and he plays bass in a world known rock band I won’t mention, because he’s not the kind of guy to brag about the nice things he has.” Only a bass player would be so humble! But this story starts first with a crash when our mysterious musician was riding the R100 down a country road, only to have a Coyote run out and make full contact. Man, animal and machine were all left strewn across the ground and the banged up BMW would spend some time gathering dust. 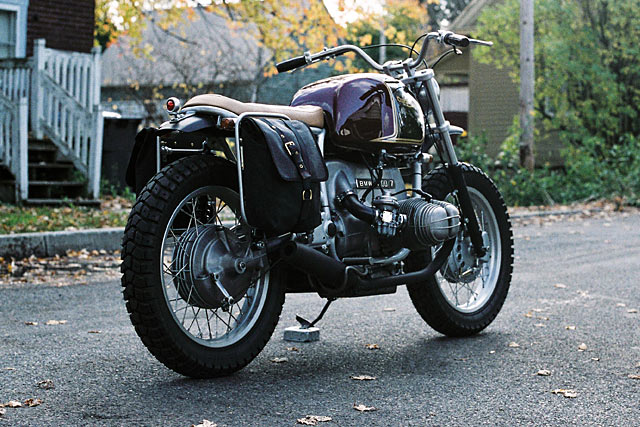 But after a few years of looking at his bruised and beaten bike sitting in the shed the owner decided the old girl deserved a new lease on life and Clockwork Motorcycles was tasked with the build. As Sam explains, “We talked about some ideas, I drew some sketches and we were set on the direction. The mission was simple: we wanted a reliable and practical bike. As the times fly, I really became more into classic and timeless designs than over the top custom builds. I like when it takes a discerning eye to say if a part is stock or not on a build. If it’s all blending good together it means that I did a good job.” 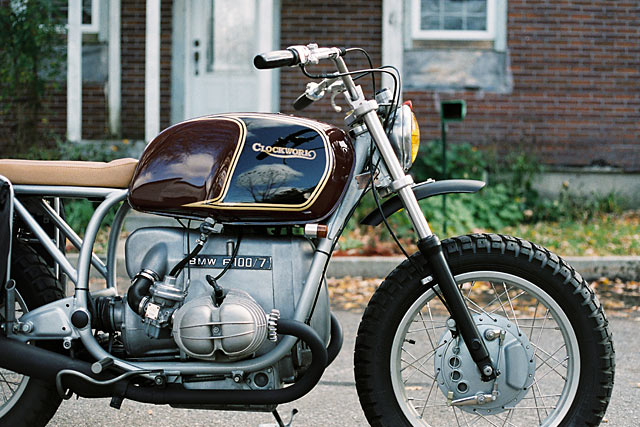 That job starts with a part that Sam had picked up a few years earlier, the gorgeous Norton Commando front drum brake. To make it work it was laced with stainless spokes to an 18 inch aluminium rim and the same size and process was repeated at the rear. With the bike set for both on and off-road work a set of Metzeler Dual Sport tyres was chosen for the very best handling in both conditions.  Along with the front wheel the factory BMW forks had fared worst in the Coyote crash. But rather than simply find old BMW items Sam upgraded the front end by using a set of 2004 Suzuki GS units that give the vintage look with modern internals. 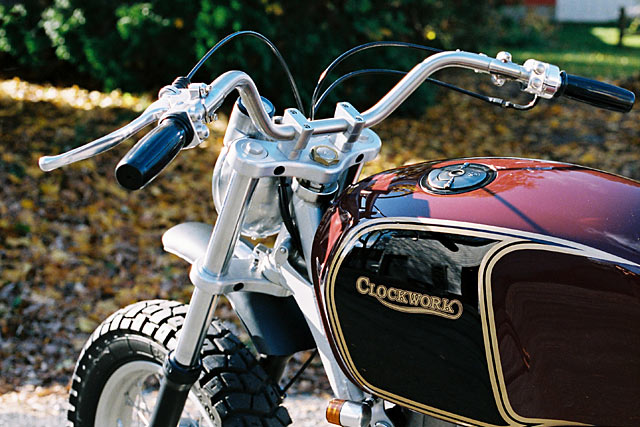 The lower legs were machined in-house for an ultra clean look and few would notice the visual difference to the stock look, but the twenty years of R&D improvement makes the functionality worth the change. To get these to fit the factory BMW frame Sam was back to machining, this time taking two blocks of aluminium and turning them into a sweet set of triple trees, without screaming over the top, “once again with simple lines and curves so they are not shouting out loud look at me, I’m a custom parts.” The final piece of fabrication for the front end was to hand form a bracket that would support the headlight to come. 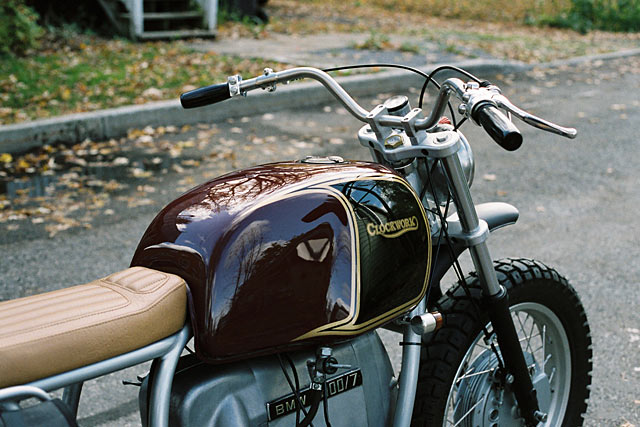 With the front end having come in for such a comprehensive overhaul the rear end deserved some equal love and it started by cutting the factory subframe right off. In its place Sam fabricated an entirely new section that seamlessly integrates into the main frame for an ultra clean look. For even more back to basics minimalism a battery box was crafted that shifts the bulk of the wiring to under the transmission and the new look is shown off with a fresh coat of silver across the chassis. But Sam wasn’t quite finished, with the bike going to be used on long road trips a set of easily removable racks were designed and made to complete the look. 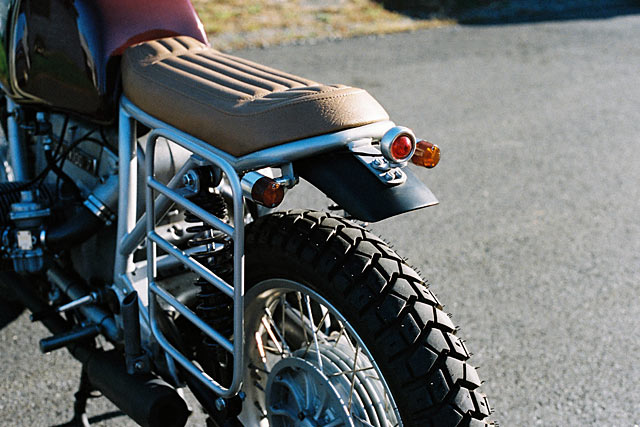 To carry the needs of a rock star something off the shelf would never do, but good friend of the shop  Jesse from Dominion Leather was on hand to make a beautiful set of custom saddle bags. As seen on many a Clockwork’s build the stunning tan leather seat for two, with comfort in mind, was brilliantly stitched together by Ginger at New Church Moto. The hue had been chosen for the colour palette to follow but before the paint work was laid down Sam made sure the factory tank had meticulous metal work. “I took my inspiration from the Hot-rod era and went with some classic scallop, using a burgundy colour we stole from the 60s Porches pallet. The master painter JP Huet is the one responsible for putting my idea to life!” 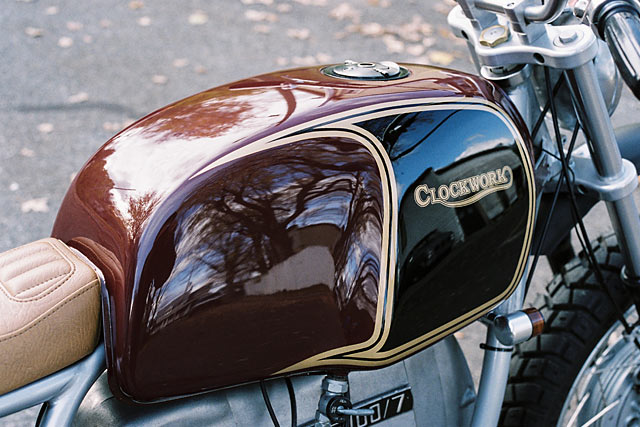 To keep rider and paint as clean as can be the front fender is high-mounted, although heavily bobbed and the rear neatly exits under the new hooped tail. So as not to distract from the gorgeous paint work they’ve been finished in a matte black. While the new rear shocks, with progress rate springs, are blacked out too so as to match the front fork legs. Getting that front end turning is a set of classic styled tracker bars that are fitted up with Tommaselli levers, simple black grips and a neat set of Motogadget switch blocks. Finishing out the look Sam chose a vintage fog light from a classic American car from the ’50s that adds a serious touch of class. 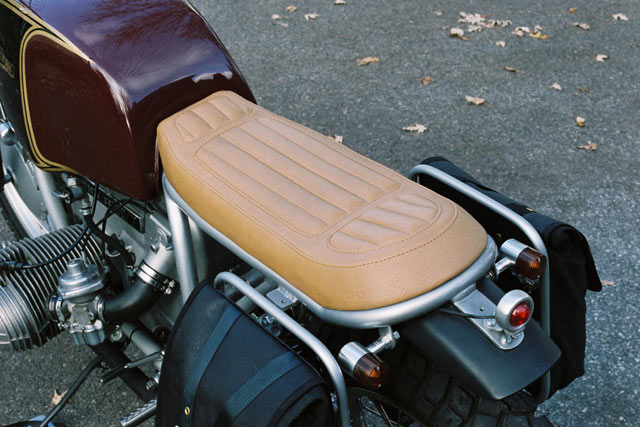 Of course none of this would matter without the BMW’s boxer engine producing a reliable bass line to keep things moving along and Sam as always has it covered. “I decided to rebuild it in stock form using only BMW original parts. I also kept the original airbox, because we all know it works better than pods and it’s looking real good as a part of the engine body.” The only major upgrade was the introduction of electronic ignition and a 450w charging system and it wouldn’t surprise anyone to see this package do a reliable 100,000 miles. But to add a fitting sound track to the Boxer beat a new exhaust was fabbed up, ceramic coated and finishing out in twin shortened Harley cans. 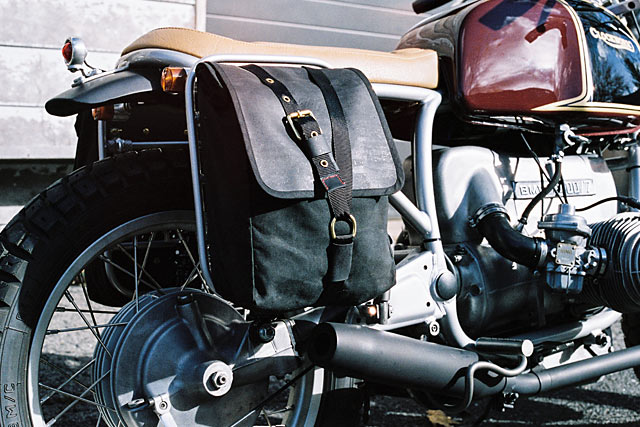 The music might have been great but for the most part 1970s wiring was terrible and Clockwork’s take no risk when it comes to their bikes starting first press of the button. All electronics are controlled by a Motogadget M-unit with the vintage tail light supplied by Prism Motorcycles and turn signals by Posh. Sam couldn’t be happier with how the bike turned out “This German bike has a mix of parts from the USA, Japan, Italy and England and I’m pretty stoked of how good it blends together in a clean and classic form. I’m pretty sure this bike will still be looking good 20 years from now, no matter the trends” Which is exactly the sort of goal our Bass player has in mind, people still tapping their feet for years to come, his tunes playing around the world, while he explores the Canadian countryside on one clean and crisp R100. 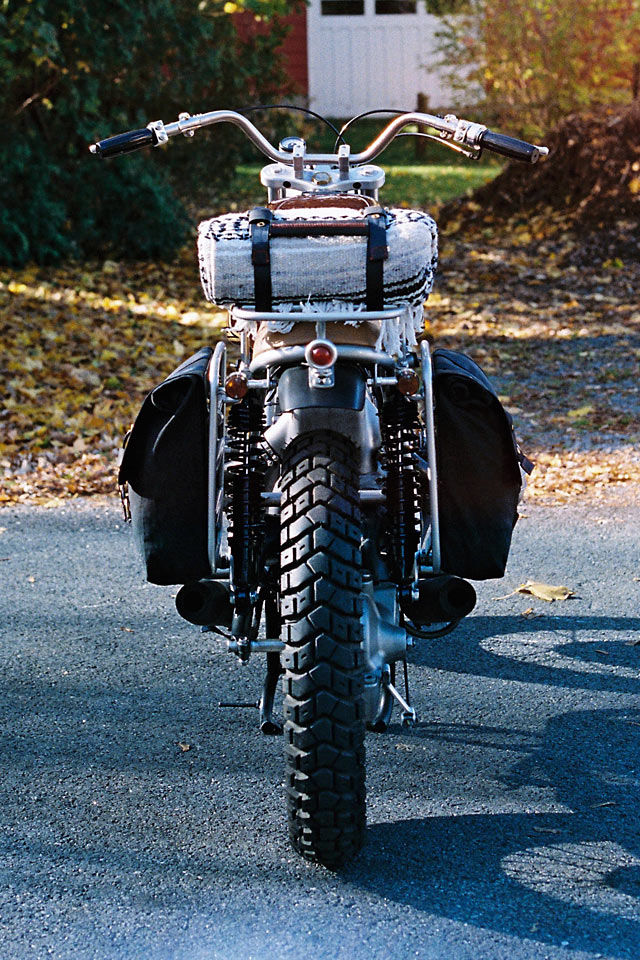