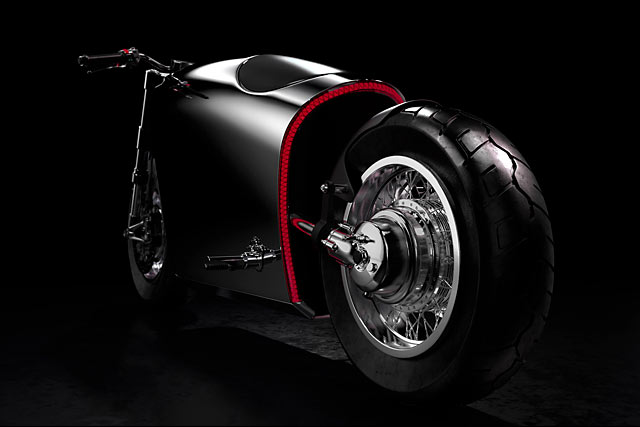 Singapore’s Bandit9 motorcycles aren’t ones for nostalgia. They’re not into tank swaps, oil leaks, bolt-on parts or recycled ideas either. Rather than revive or emulate the halcyon days of motorcycling they do their own thing – this time producing a limited run the ‘Odyssey’, a bike so clean it makes the term ‘understated’ feel understated. 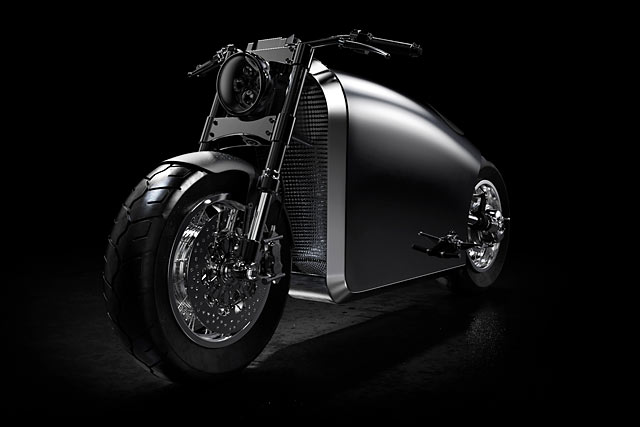 If you’re late to the Bandit9 party you’re due for a quick rundown. A few years ago the team were on a roll, producing build after build, each knocking their brief out of the park. Then they went a little dark for a while, slowing production down due to some personal issues. A few months back they reappeared, releasing an incredible sci-fi themed Bobber. And now the Odyssey. We’re pretty sure they’re on that roll again. 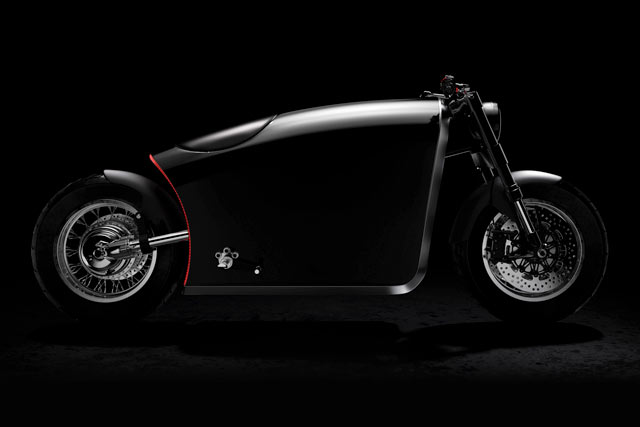 So one thing you’ll have noticed is they’re a forward-looking bunch of guys. The team eschews nostalgia and traditional bike aesthetics for a dark utopian Sci-Fi feel. All seamless metalwork, carefully thought out details and with the Odyssey, even the option for a futuristic powerplant. But we’ll get to that. 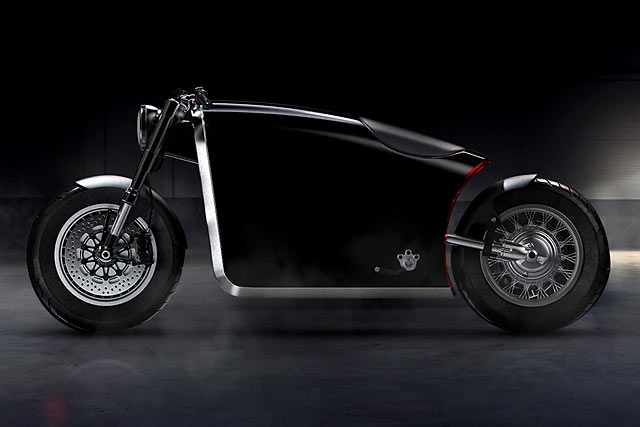 As well as their vision for the future, a constant of Bandit9’s builds is their unibody design. Each of the bikes they’ve crafted focus on long, continuous panels of steel or alloy, unbroken lines between the tank and seat and a level of precision bodywork that’s more likely to be found in high-end car design than anything two-wheeled. 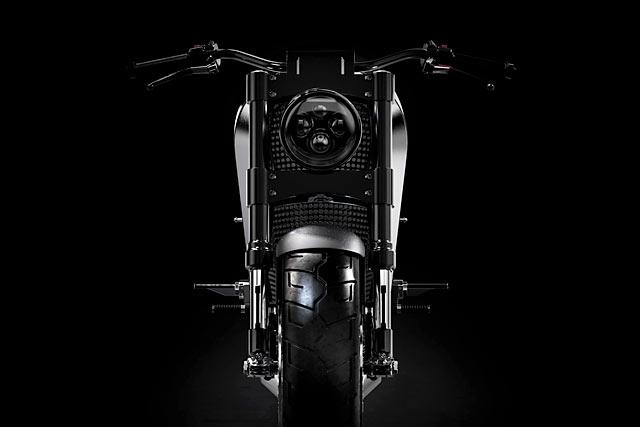 All that bodywork is precision engineered by the team in Singapore from 904L stainless steel. And typical of their work, everything is crafted to within an inch of it’s life. There’s no panel gaps or ill-considered details. Everything has been thought out. Take the ‘unibody’ design. Somewhere in there hides a flush-mounted sidestand and at the rear it features one of the best OLED brake light assemblies I’ve ever seen. 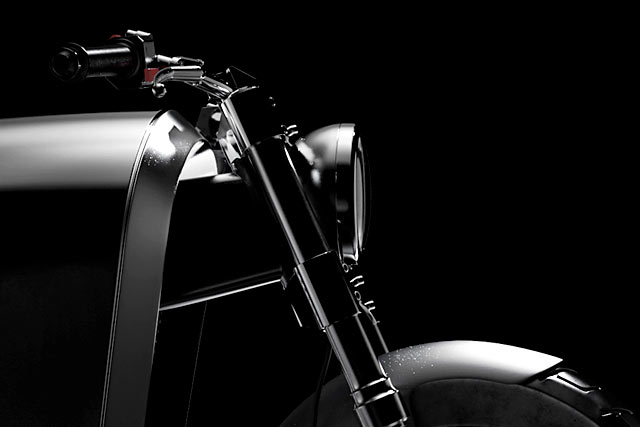 The details that make up the bike are similarly well-considered. Lightweight Borani rims mounted to Marzocchi forks, a Beringer Aerotec braking system and an Italian leather seat are just a few of the ancillaries. But the greatest thing isn’t visible in the photos. The dash assembly runs an avionics assembly, projecting speed and tripmeter from beneath the unibody design. That’s the first time I’ve seen this kind of technology under 20,000 feet. 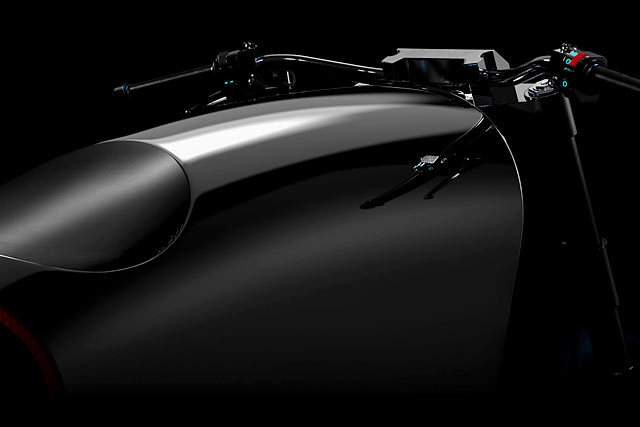 With only nine being constructed to order, when it comes to the engine Bandit9 have two options for their customers. The first is a honking 1400cc V-twin while the second is a dual drive electric motor with tear-your-face-off torque and horsepower. If you’re lucky enough to be in the market for an Odyssey that’s the way I’d go. A perfect match of aesthetic and engine. 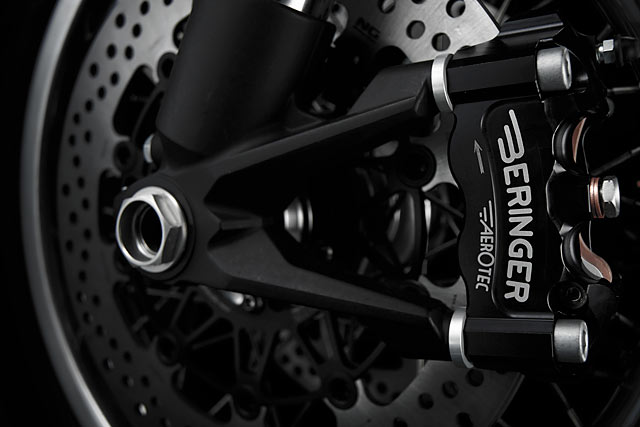 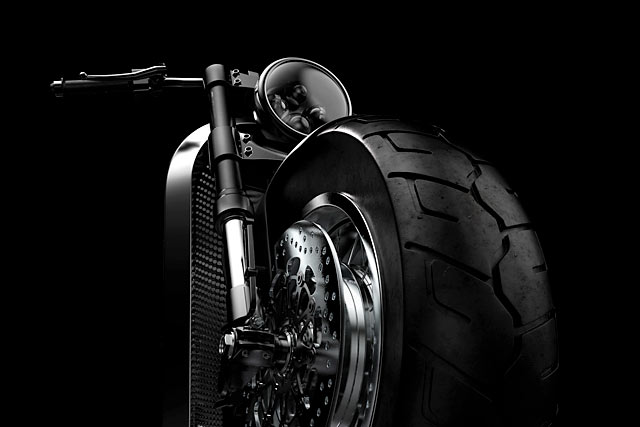 But if you are about to break out the bank card you’ll have to be quick. With only nine slated for production the restless guys at Bandit9 are tooled up to take orders now. If you were to order an Odyssey, you’d be sure to turn heads all over the solar system. 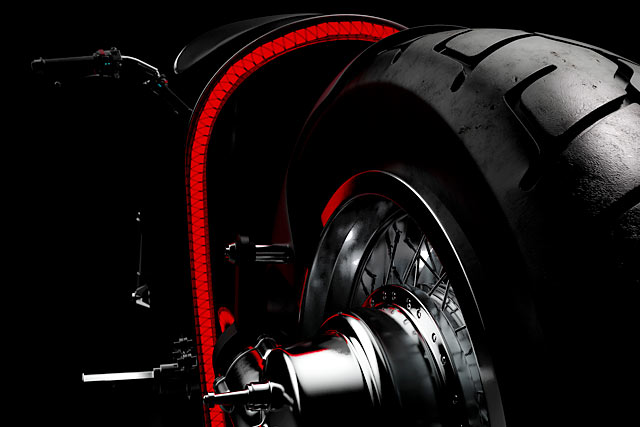