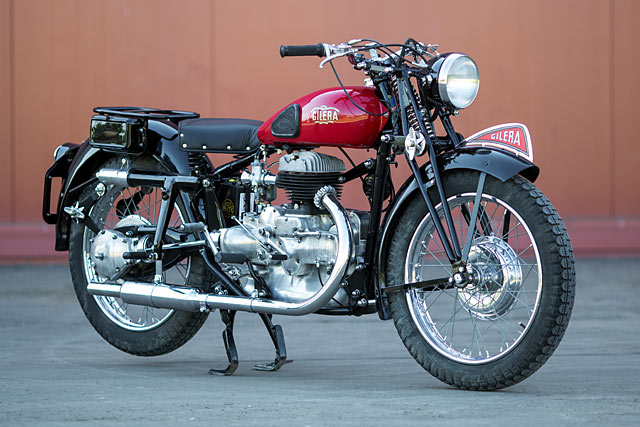 Italy, 1946. It’s less than 12 months since the Italian Republic’s defeat at the hands of the allied troops. The sight of Mussolini’s battered body hanging from a Milanese Esso gas station is still fresh in the country’s mind. Any rich industrialists in their right mind should have been lying low and avoiding marauding communist partisans. But not Giuseppe Gilera. In fact, he was about to release a motorcycle that would prove Italian engineers could match anything Germany or England could produce, and all while the country was still occupied and in ruins. Viva l’Italia. 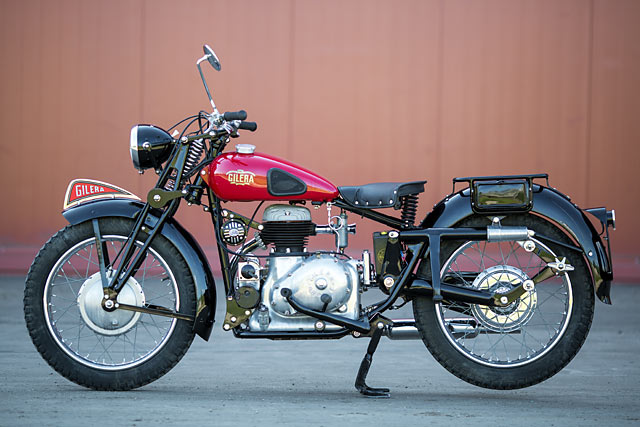 Of course, the bike didn’t just appear out of thin air. On the contrary, Il Duce’s war chest was used to fund Gilera’s development with the express intention of mobilising the Italian Army, especially in the North African Desert. From 1940 onwards, the company worked hard on an update of their 1930s 500 LTE model. In a surprising mix of sturdy tradition and groundbreaking innovation, the sidecar variant entered service in 1941. Gilera called it the ‘Marte’, Italian for ‘Mars’. 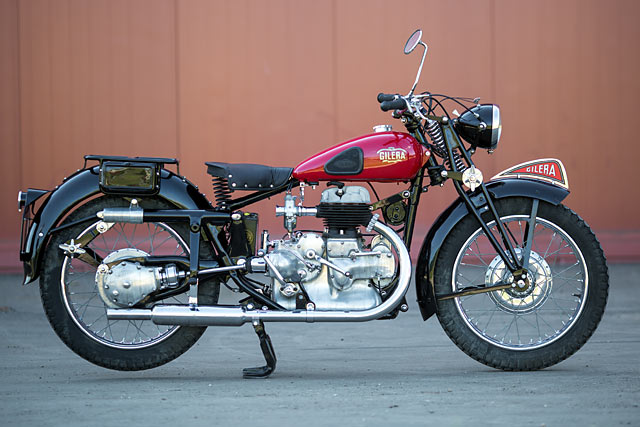 Engineers kept the basic engine design of the LTE, but raised compression to 5:1 and power from 10 to 14hp. In contrast to the engine’s conservative approach, the transmission couldn’t have been more different. The most obvious innovation was the cardan drive that replaced the LTE’s chain-and-sprocket. 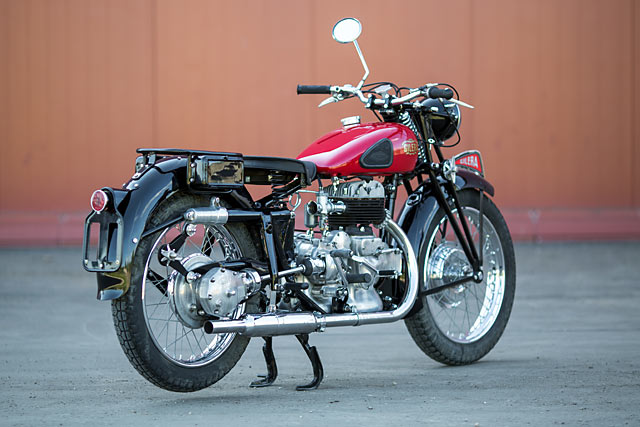 Spiral gears were used in the ‘box, but spur gears were used to drive the cross shaft in front of the bike’s rear axle. Clearly, the design was Gilera’s best solution to the challenge of driving a secondary rear wheel on the bike’s 3×2 army configuration. As we all know, sand and chains aren’t the best of friends. The sidecar came with a cam clutch that was switched on with a lever whenever it was necessary to activate the 2-wheel drive. So all you BMW and Moto Guzzi riders can thank desert-bound fascists for that nifty sealed drive shaft. 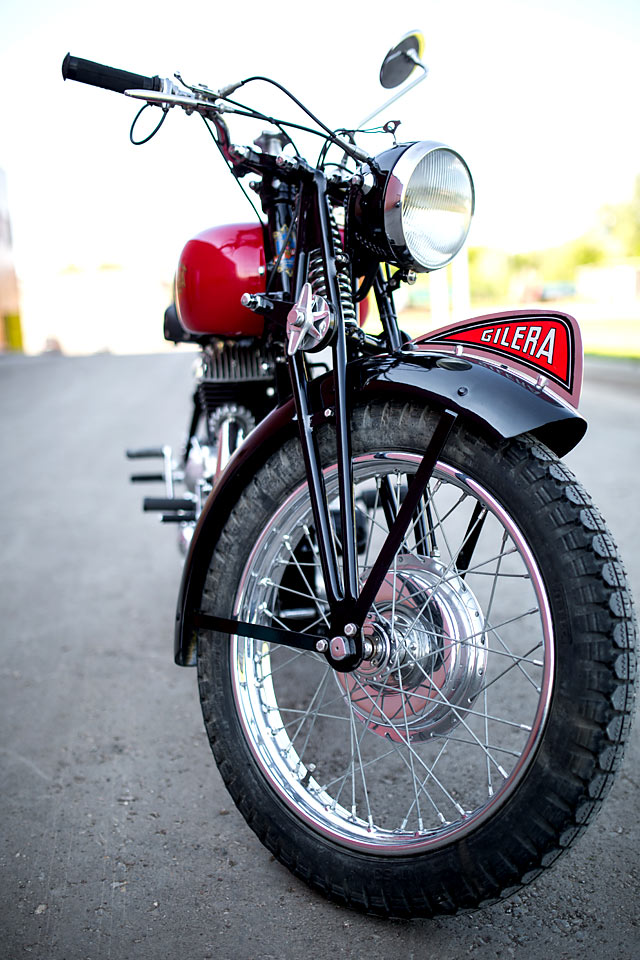 The Marte’s frame was, for the most part, the same as on the LTE. But things really got interesting when it came to the new bike’s rear suspension design. While it retained the old bike’s patented horizontal shock, the bike’s hub was attached to it via a rear scissor hinge and a lever mounted on the front of the swingarm. 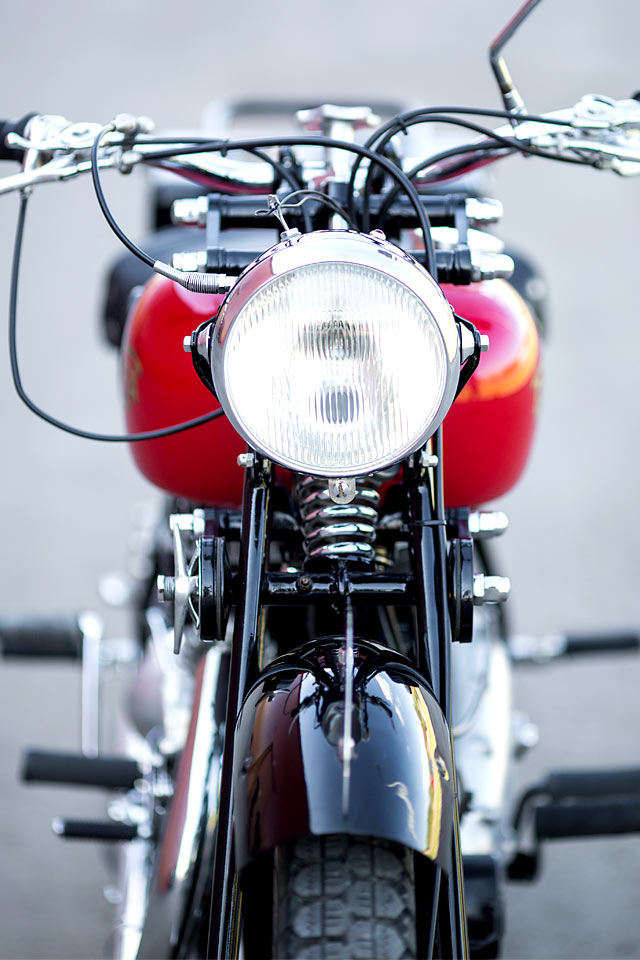 The two main benefits of this more complex design were to increase grip for the rear wheel in off-road conditions and to allow the rider to adjust suspension stiffness on the fly by tightening or loosening the screw at the scissor’s hinge. And while Gilera soon dropped the design in favour of the good old vertical twin shock rear, you’ve got to hand it to Giuseppe for thinking outside the square. For reliability, the front’s set-up was nothing more complex than a sprung parallelogram girder. 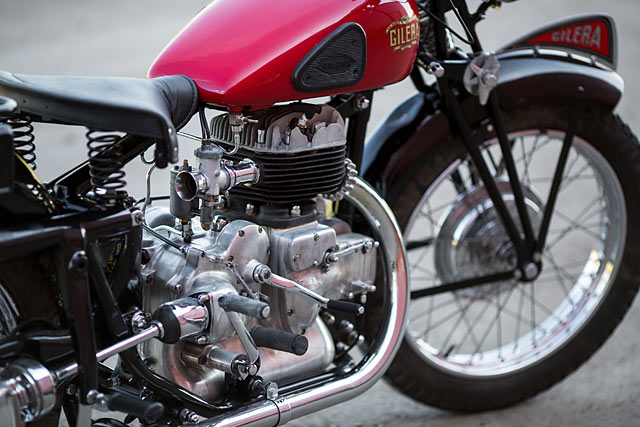 “The 500 single is a flathead that is positively dripping with patriotic accoutrements.”

Other technical details are sure to have the osservatori del treno frothing at the mouth. The 500 single is a flathead that is positively dripping with patriotic accoutrements; there’s the Dell’Orto carb and the obligatory Magneti Marelli electricals. All mandated inclusions for the Italian war machine, no doubt. 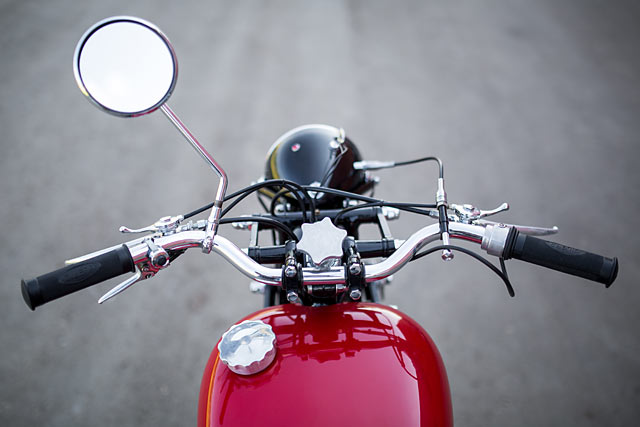 A 14 lt tank, drum brakes and 4-speed transmission all added up to 190kg wet weight and a top speed of around 80km/h. That sounds fine for a leisurely Sunday ride, but personally I’d be wanting a little more go if I had a sidecar attached and was desperately trying to flee an allied tank onslaught. 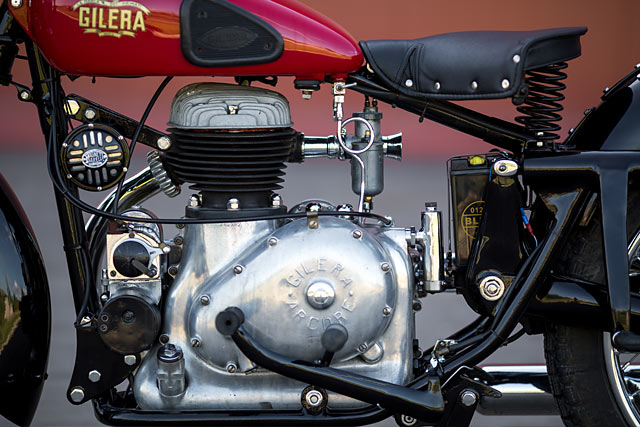 Differences between the military and civilian versions were surprisingly few: the black frame, red tank, and straight exhaust pipe being the sum total of the changes. The military version’s pipes were s-bent to route it to the left side of the bike, so as not to interfere with the sidecar and/or burn your army buddies. 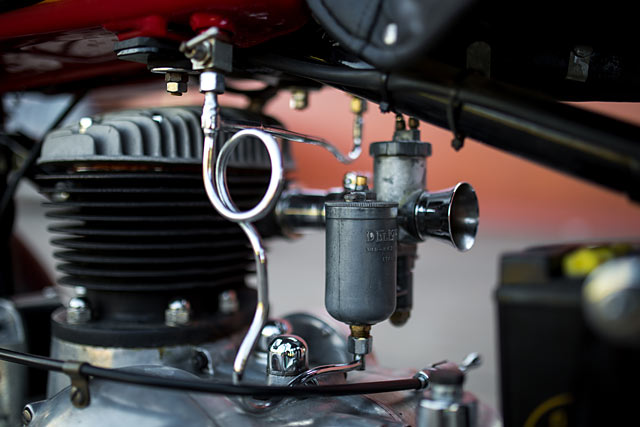 “It’s clear that Signore Gilera had designed and built a truly innovative machine that was unique for its time.”

With 20/20 hindsight, even military motorcycles from the Bayerische Motoren Werke and Zündapp giants were in many ways inferior to the Gilera Marte. It’s clear that Signore Gilera had designed and built a truly innovative machine that was unique for its time. 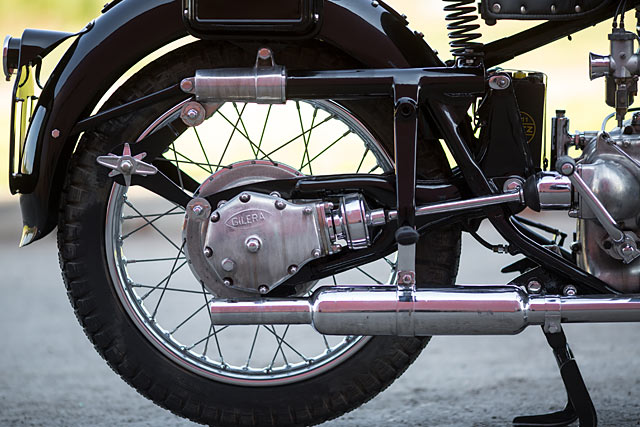 How’s that for a rear end set-up?

Further testament to Gilera’s engineering genius came a few years later, with the marque dominating 1950s Grand Prix racing. After winning the 500cc road racing world championship six times in eight years, Gilera made a gentleman’s agreement with the other Italian motorcycle makers to quit Grand Prix racing after the 1957 season as both a cost-cutting measure and a sign that they’d taken home enough gold to last a lifetime. 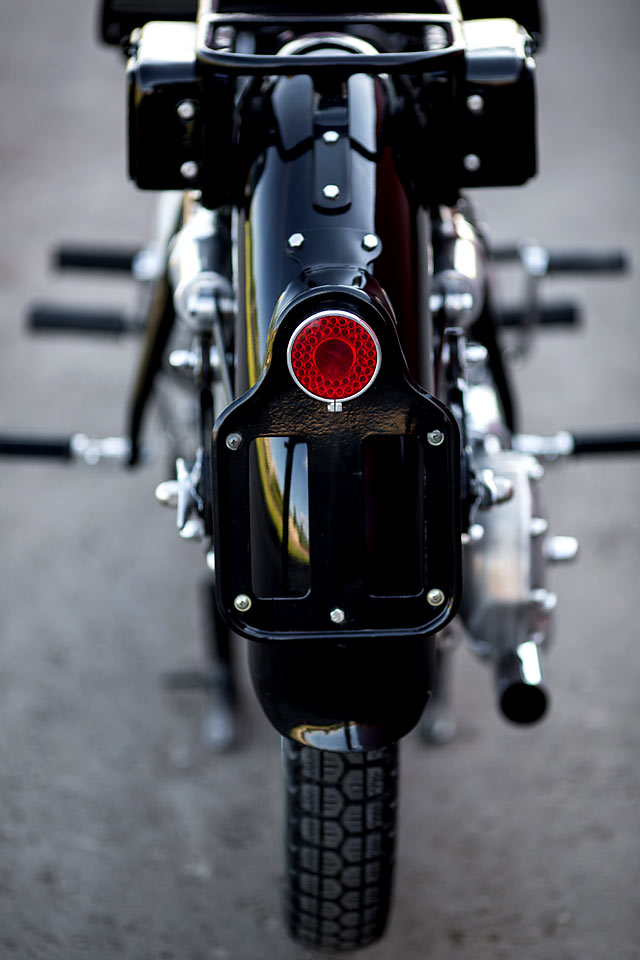