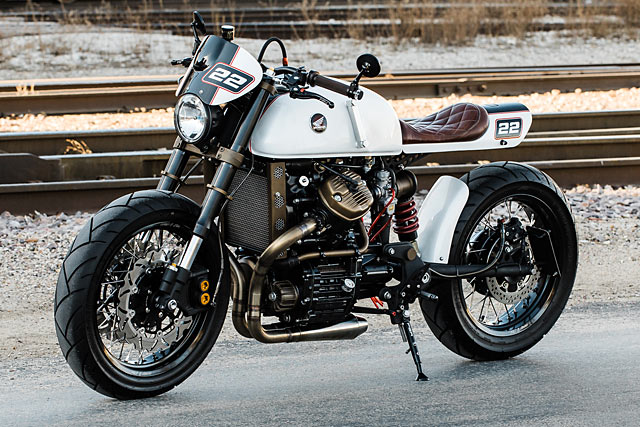 “Throughout the process they kept saying, ‘Man, you aren’t cutting corners. It’s all top shelf!” smiles Iowa’s Chris Kent. And you’d probably be smiling too, if you could lay claim to handiwork like this. “My wife is from a small town in southern Germany, so by the end of the project, the bike was affectionately named ‘Obersten Regal,’ or ‘Top Shelf’” 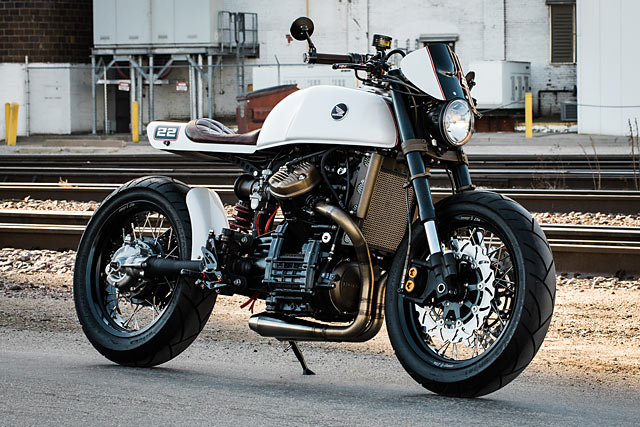 Time and money are always a challenge when you’re building a custom bike for a client. But when you’re building it for yourself and you want everything to be just right, it’s usually a very different story. So when Chris Kent and the team at Iowa’s Smith Brother’s Classic Cycles & Customs decided to turn a barn-find Honda CX500 into a racer you’d sell your mother for, they really didn’t cut any corners or spare any expense. 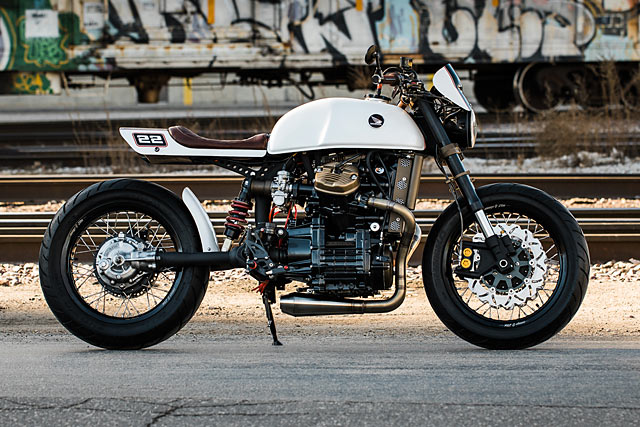 “I have a technical slash engineering background and have always looked for ways to solve challenges outside of the proverbial box,” continues Chris. I’m creative to a fault at times but I love designing and engineering solutions, but I’m not a mechanical genius; fortunately my childhood friends that I reconnected with for this project are considered some of the best in the Midwest.” 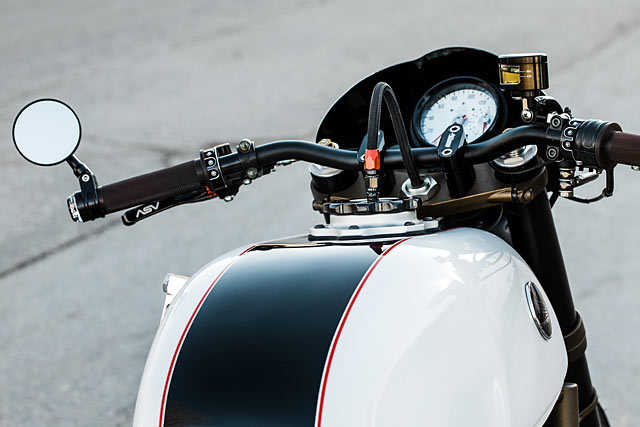 Chris‘ thoughts were leaning towards the tried and true formula of an older café racer with updated performance and components. Lady luck delivered in the form of a solid ’79 Honda CX500 from a friend that was sitting in a barn in northern Iowa. “Meanwhile, the bike’s design morphed into something that had a touch of dual sport too,’’ remembers Chris. 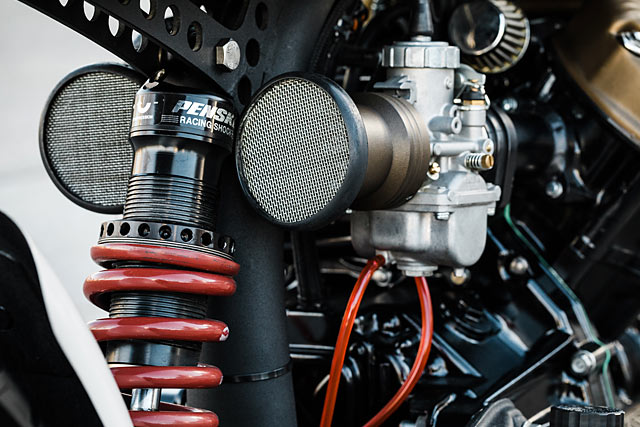 Frustratingly, the build ended up being a 2-year, 2-phase endeavour when Chris had an ‘involuntary dismount’ 3 months after the original build was complete. With an impressively positive attitude, Chris took the off as an opportunity to make the Honda better, and began version 2.0. Enter childhood friends, Smith Brother’s Classic Cycles & Customs. 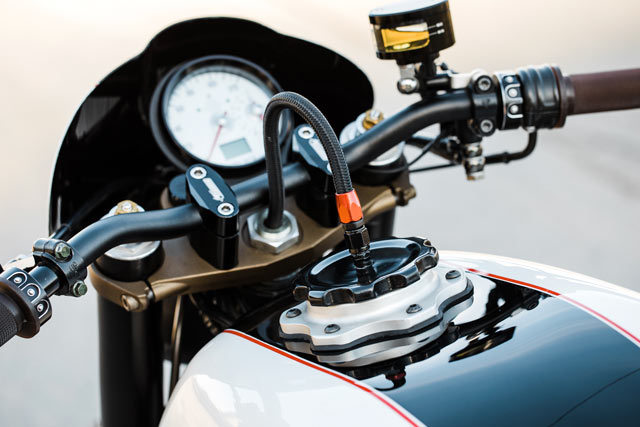 “Then, riding down the road while testing it, the horn went off for 5 seconds and the Motogadget signals lit up and then all went dead.”

“So starting again, we added some Mikuni carbs and a full set of Motogadget parts. Then, riding down the road while testing it, the horn went off for 5 seconds and the Motogadget signals lit up and then all went dead. Turns out we had a dud rectifier. A voltage spike had gone through the Honda’s system melting the gel battery, frying the halo headlight and damaging all the Motogadget gear, too.” Oh crap. 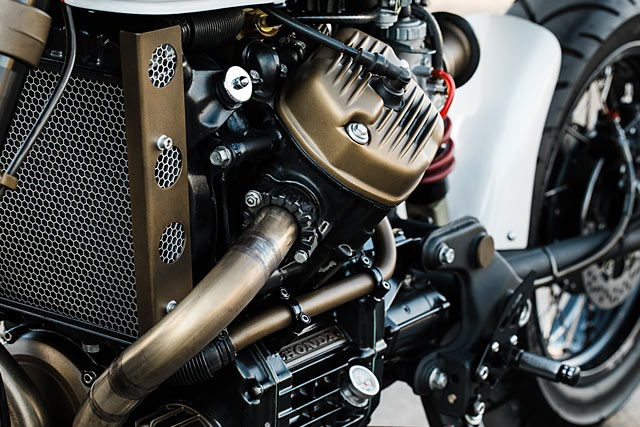 Talk about attention to detail

Another setback. And it wouldn’t be their last, either. Once they had dropped the motor, it was decided to bore out the cylinders and go all new. Now if they could only find a new set of rings for a pair of ‘79 CX500 pistons. “It became obvious that very few Honda CX500 motors have been rebuilt to this level; but that is also because very few CX500 engines need to be. It’s a really solid motor.” 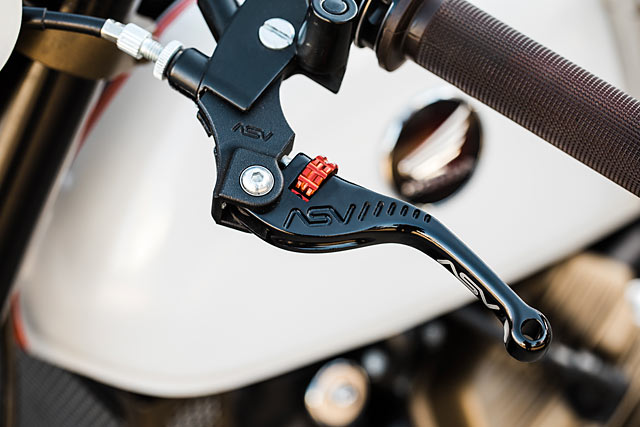 Of course, there was a whole bunch of things that went right, as well. Note the custom flyscreen that wraps around the speedo, the Cognito Moto-built set of Excel Warp 9 rims with CNC’d hubs, the R6 forks with GSX-R dual wave rotors, the GL1000 rear shaft with the Ducati Brembo calliper, the Penske rear shock and the buffalo hide seat and the Custom SS exhaust. Phew. 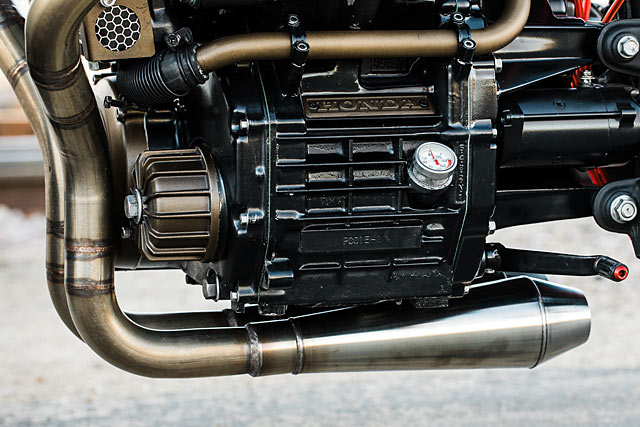 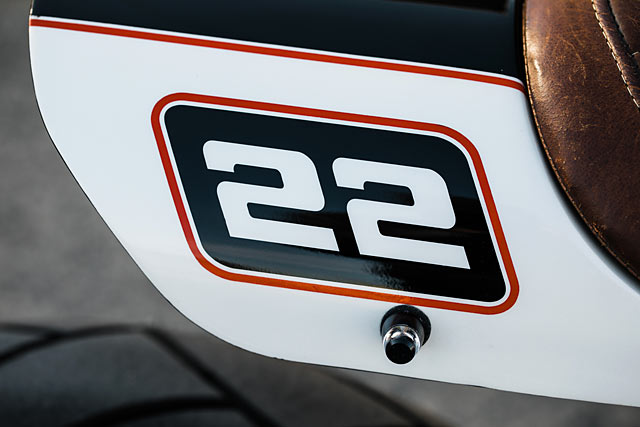 22. The number of times they had to start over?

“Building the Honda racer was a great process from beginning to end,” says Chris. “We’ve teed up two more custom builds of similar calibre with Smith Brother’s Classic Cycles & Customs. And that’s been the best part of the project, too. Reconnecting with childhood friends, doing what we love and having a heck of a good time, too.” 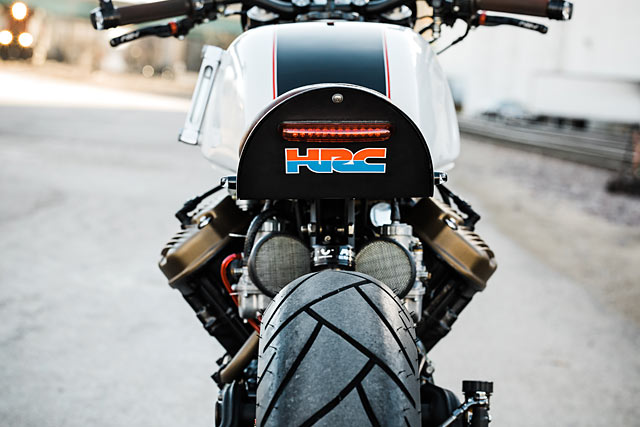