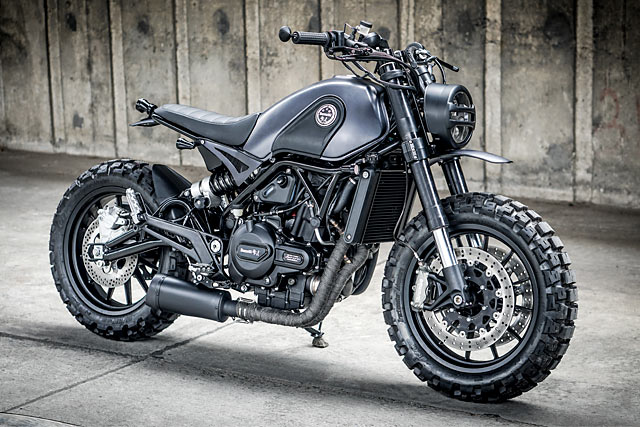 Established on Italy’s North East coast in 1911, the lion-branded Benelli Motorcycles predates Moto Guzzi’s foundation by a decade and holds the title of Italy’s oldest existing moto brand. And after a rather half-hearted reboot in the early noughties the last 6 months has seen the company, along with new Chinese corporate parents Qianjiang, concept and release a bunch of new metal. From our point of view, the bike to watch is their new Benelli ‘Leoncino’ ( or ‘Lion cub’) 500cc twin. And Thailand’s EAK Speed have clearly been doing just that. Asked by Benelli Thailand to give the new bike a custom once-over, they made this. Meet the ‘Dark Simba’ scrambler. It’s just like the Lion King, only more evil. 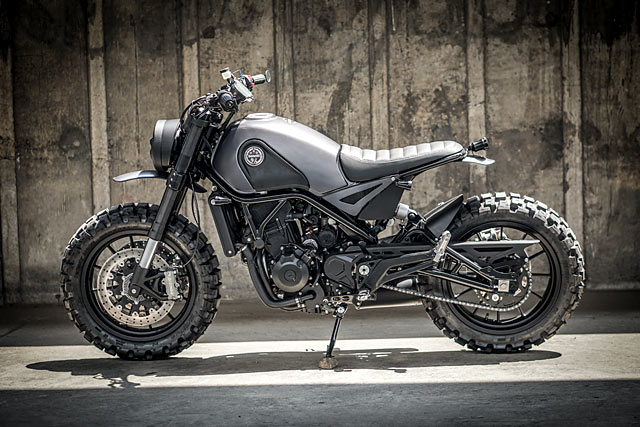 The shop has started the year off well with their ‘Super Power’ ‘18 Honda Super Cub 110 that made quite the splash online, along with them managing to take out a big, shiny first prize trophy at the recent Bangkok Motorbike Festival with their ’Future Storm’ ‘96 Honda Bros 400. And with monikers like those, it’s pretty clear that they’ve got the whole naming thing sorted, too. 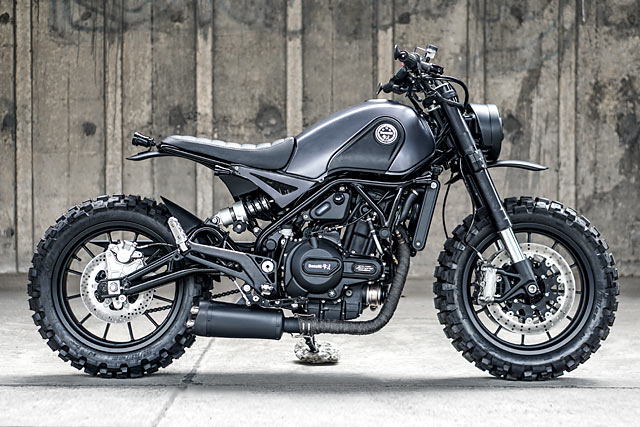 Chatting to shop owner Eak, he was quick to point out that the Benelli’s new style is a fusion of sorts. “The Leoncino has touches of the scrambler style, but I also took some inspiration from adventure bikes that can go on and off-road, and that have a more aggressive look to them.” 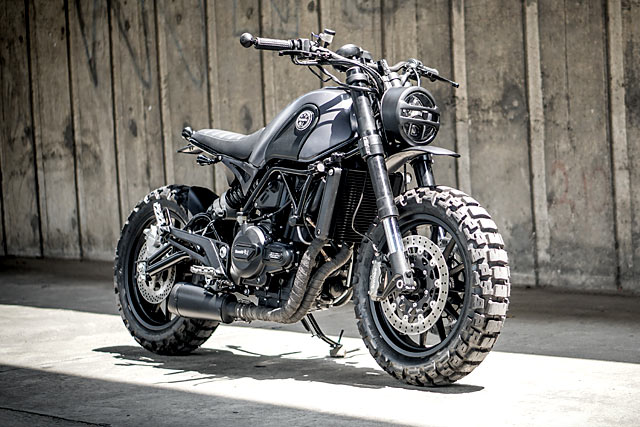 As the bike was a joint project with Benelli Thailand, the company were kind enough to deliver a new example to the shop for customisation. Their only instructions? “Please make this model look special with the K-Speed style.” Up-and-coming builders take notice. If you find yourself working on new bikes direct from the manufacturer with single sentence briefs, you’re definitely doing something very right.

“Up-and-coming builders take notice. If you find yourself working on new bikes direct from the manufacturer with single sentence briefs, you’re definitely doing something very right.” 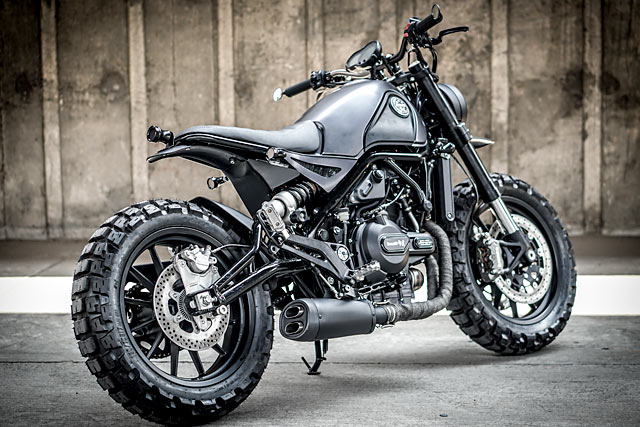 “Leoncino means ‘Lion cub’ in Italian,” continues Eak. “We wanted to make this cub look aggressive and muscular like a young lion. After much thinking, we began to imagine Disney’s ‘Simba’ from The Lion King, but as an evil twin of the original character.” Evil Disney? We’d buy that for a dollar. Tools at the ready, the shop started by modifying the Benelli factory’s high-rise handlebars to a new, lower position and then changing both the clutch and brake master cylinders to Brembo items. Next, the instrument display was moved from above the headlight to its new home, clipped atop the ‘bar riser. It was made to feel comfy there with the addition of two small but friendly mirrors at the end of the bars. Moving on, the original rear frame was chopped out and the shop set about building a new one with a whole lot more K-Speed style. To match the mods, Eak added a small rear mudguard with some new LED lights, and a new custom seat. 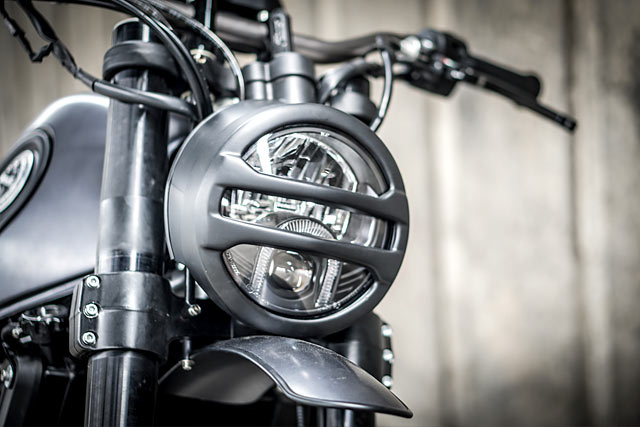 “Next, we changed the original (and very small) tires to a set of dirt-loving Motoz Tractionator Adventure boots measuring 150/60/17 each and added new Brembo brakes at both ends, too. This made the Benelli look bigger than stock, and a lot more serious than the factory design. And with a bigger front tire, we also put a new custom mudguard under the headlight to add that touch of adventure and enduro to things.” Also note that new headlight cover. Tough, huh? “Next came the new exhaust, which is shorter, lower and darker than stock.” 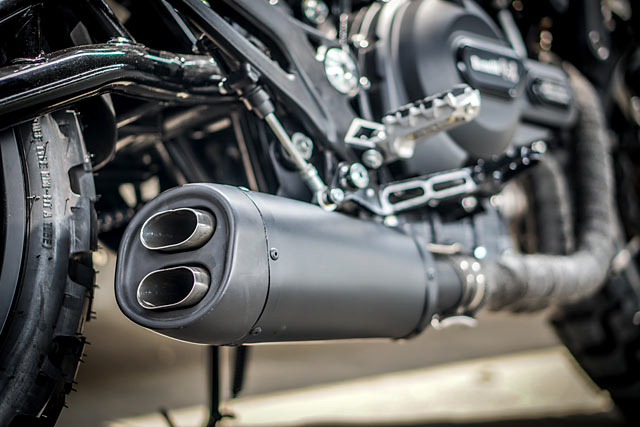 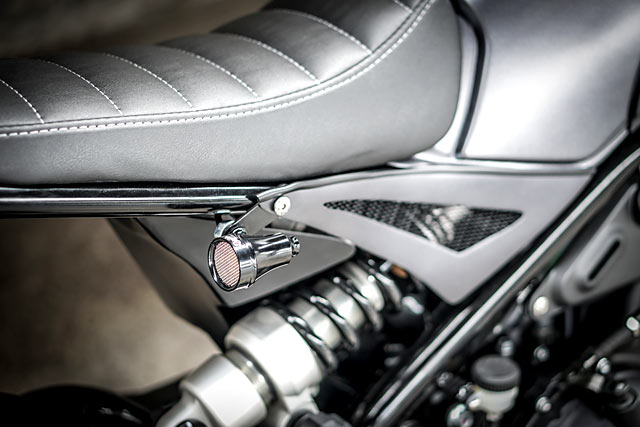 The scrambler was finished in K-Speed’s instantly recognisable matte dark gray signature paint to make sure there was no mistaking just who was responsible for turning Simba to the dark side. “Looking back, the project’s number one challenge was modifying the front forks to be able to accommodate the width of the big new tire. But afterwards, we put everything together and we all really liked the bike’s new, aggressive look. So the hardest part of the Benelli build has now become what we like most about the new bike, too.” 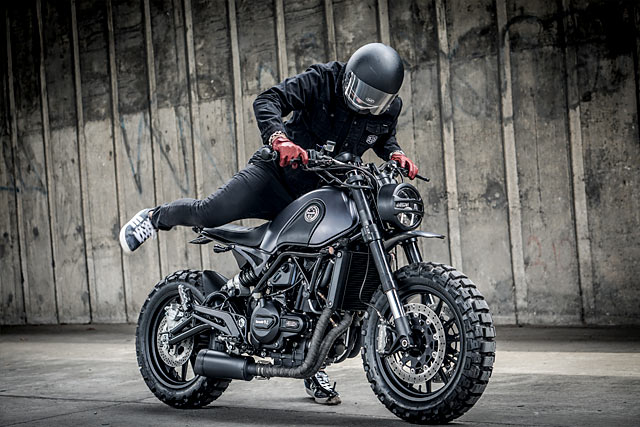