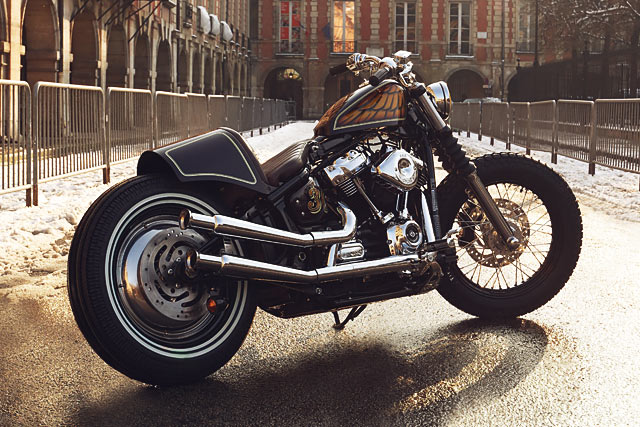 When you’re one of France’s oldest original-owner Harley-Davidson dealers and the company announces a custom competition entitled ‘Battle of the Kings,’ you better not take your entry lightly. With 30 years of history and a dealership smack bang in the middle of the nation’s capital, ATS Harley-Davidson Paris ‘Bastille’ knew they had much to lose should they enter the competition and not come out rulers. Keeping a level head, they gathered together a team of experts that only 30 years of experience could offer and took a brand new Softail Street Bob on a tour back through history. The result is a race-tinged bobber that’s bound to take the 2018 custom competition by storm. 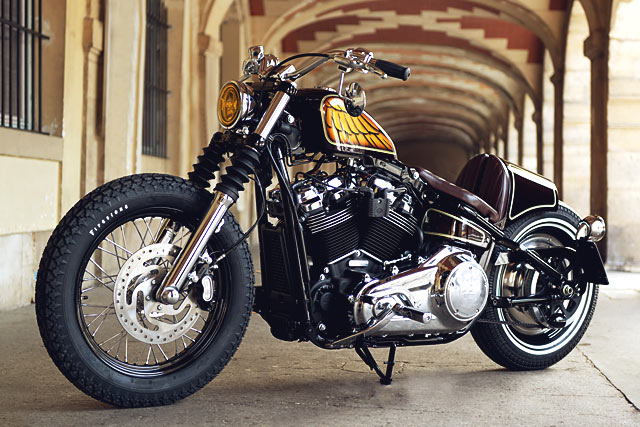 “The shop was founded in 1985 and was originally focused on vintage Harley’s under the name ‘Antique Trading Supply,’ says shop spokesperson, Richard Clairefond. We rebranded as ATS Harley-Davidson Paris Bastille in 1987 upon becoming an official dealer. We now hold the honor of being part of the original generation of official H-D dealers in France. This year, we’re celebrating our 30 year anniversary, making us the longest operating original owner dealer in the country.” 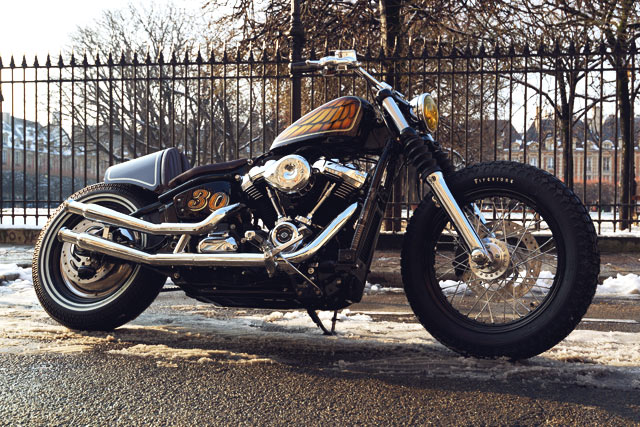 Clearly a mix of genres, Rich was hard-pressed to define the bike’s style. Then we twisted his arm. “I guess it’s a kind of flat tracking competition chopper,” he says. We’re not sure we’ve ever heard of such a thing, but seeing one in the flesh makes us want to immediately start a new racing series. “It’s based on a 2018 Harley-Davidson Softail Street Bob with the new ‘Milwaukee-Eight’ engine.” Delivered in factory-fresh condition off the back of a Harley truck, the new machine was stripped down within hours of its arrival. “The choice of the Street Bob as the base model for the build was in response to the general consensus of the shop’s staff. This was the one 2018 model everyone knew they could get behind.” 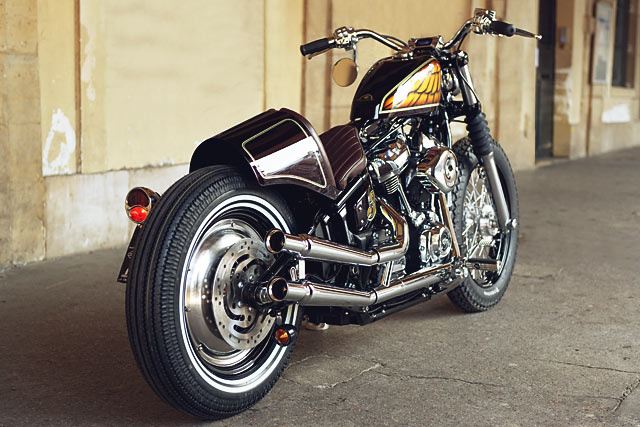 Everything new is old again

“We were inspired by the choppers of the 70’s and 80’s, but the choice of handlebars, tires and the racing tail were definitely touches taken from our love of flat tracking.”

With Harley-Davidson celebrating 115 years and ATS hitting the 30 year mark at the launch of the competition, it became obvious that this was a special occasion and a great opportunity to create an anniversary bike; one that transcends multiple styles and epochs, while symbolising the long-term collaboration between the two companies. So by mixing some old and new elements, “A Thirtieth Story” was a bike spawned by both its vintage roots and a bunch of cool new Harley technology. “Initially, we were also inspired by the choppers of the 70’s and 80’s, but the choice of handlebars, tires and racing tail were definitely touches taken from our love of flat tracking.” 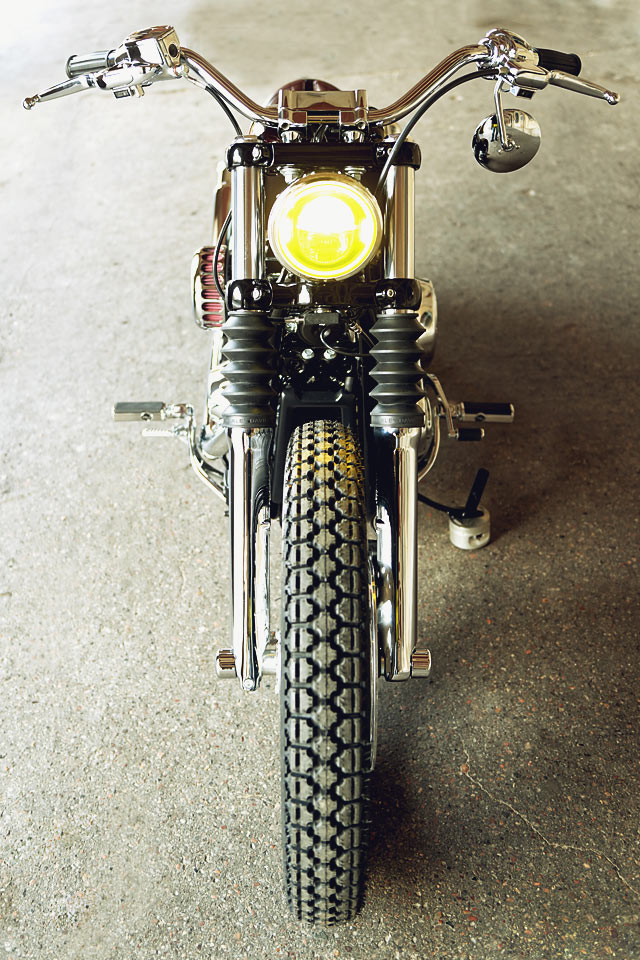 Once the bobber’s base model had been chosen, the team used a virtual inspiration board that was added to by the entire staff to define the basic style of the build. “The winning design was based on general popularity and supporting presentations,” says Rich. “The build team was chosen by their interest for the defined project and involvement in the chosen style. Next we dialed in the basic lines of the bike via a Photochop, playing with colors, graphics and engine finishings.” At this point the build was started in earnest. Friend and master craftsman Didier was enlisted to help us form the Harley’s bespoke parts, including the rear fender, seat assembly and clutch cover.” 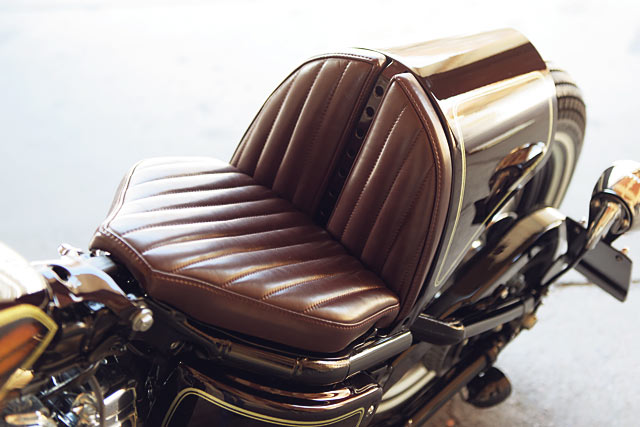 “As the bike came together, we continually looked at fine tuning the details with each member contributing new elements, including the vintage aircraft pilot seat references, frame covers, wheel discs and the engraved clutch cover with our 30th anniversary logo.” As you’d expect, there’s a decent amount of Harley (and non-Harley) aftermarket parts in there, too. Note the S&S air filter, Thunderbike turn signals and Emgo trumpet silencers. The leather was chosen from a local specialist who boasts having over 85,000 skins in stock. The yellow headlight lens was suggested to recall French national lighting standards during the 70’s and 80’s. The tank’s candy and flaked paint, including the oversized eagle feathers, was meant as a subtle wink of the eye to the brand itself. 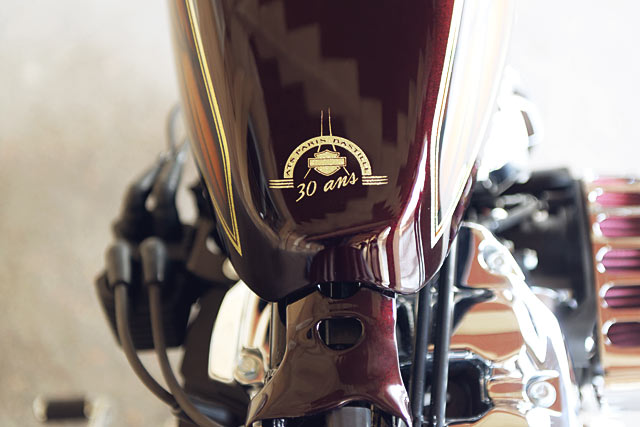 The team notes that the project seemed to get easier as it went along. “Defining the initial concept of the bike, the build process and especially the form and structure of the rear fender and seat assembly was tough. But once these were established, everything else came together quite smoothly.” Of course, builders can always think of other details that could have been addressed, but the finished bike seems to be the perfect testimony to the company’s moto-esque savoir-faire. 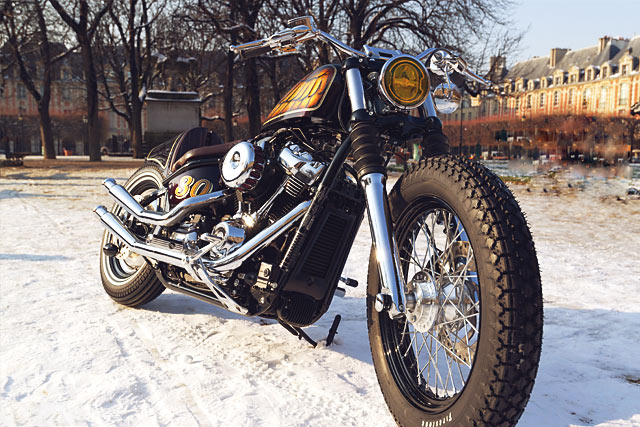 Another Balmy February in Paris

“There’s many highlights from the project,” concludes Rich. “But seeing the reaction of our clients when they enter the showroom and hearing of their emotional connection to the bike is hard to beat. Other than that, it was a pleasure to work alongside Matthieu our Sales guy, our GM Richard and Technicians Redouane and Jean-Christophe. Each member brought with them ideas from their particular generation and culture; it was amazing to see them all coming together into a cohesive design that is getting such a positive response.” And should the mood take you, you can give the bobber a little helping hand by casting your vote on the Harley Battle of the Kings website here. 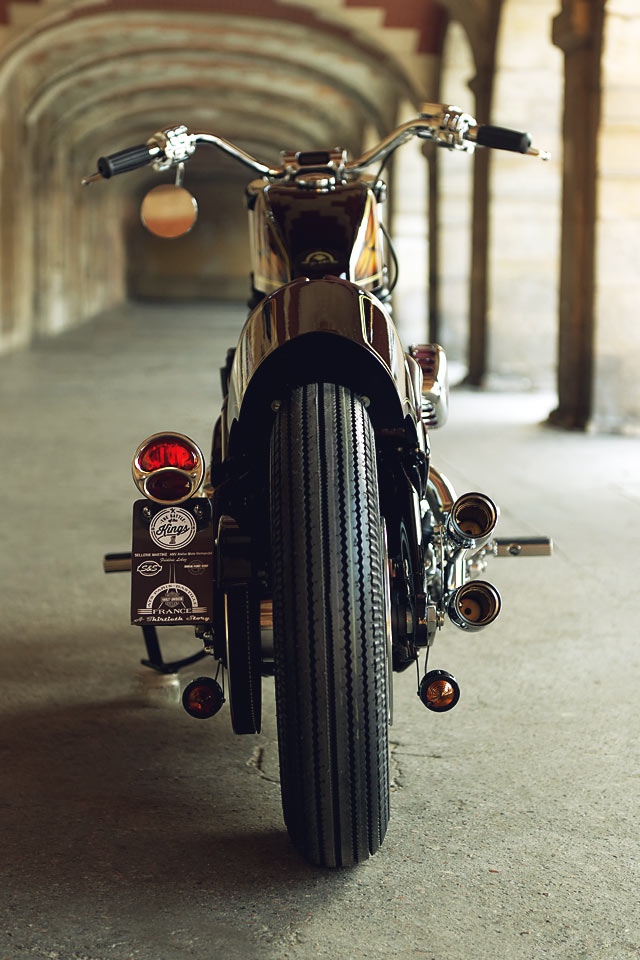