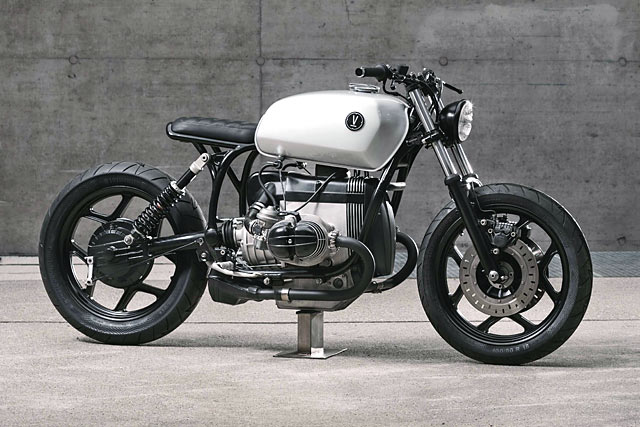 You know you’ve probably got a custom bike problem when you start ordering builds based on weather. And for Vagabund’s Paul and Phil, that’s exactly what their latest customer has gone and done. Clearly not someone who’s short of cash or indeed other bikes to ride, they were so distraught by the fact that their summer riding options didn’t include a fenderless BMW brat, they’ve gone and ordered one built to spec by Austria’s finest for those days when those damn guards are just so much dead weight. 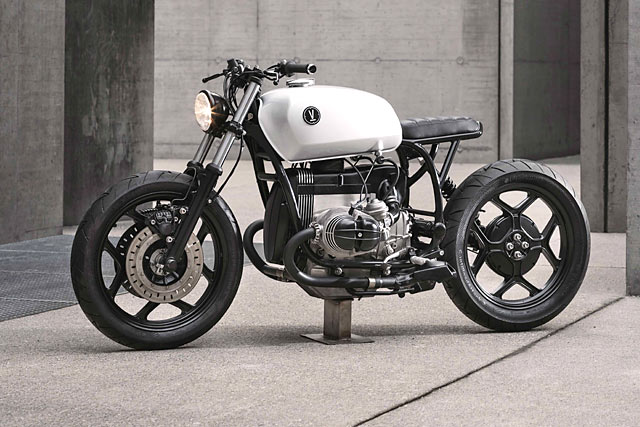 “We’re planning some pretty heavily modified bikes in the near future, including a Honda NX650 and an R nineT,” says Paul. “But over the past months, we’ve had a few bikes through the shop that were briefed in as needing to be more functional, everyday bikes than wild jaw droppers.” 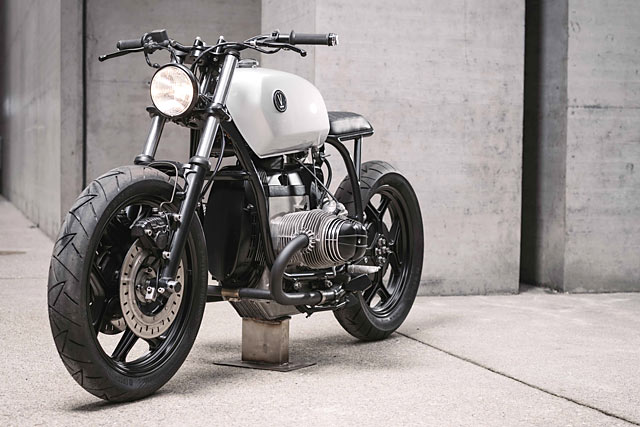 It’s not a million miles away from their recent Yamaha ‘V06’ build, and there’s a good reason for this. “Our client fell in love with the look of that SR500, but after a discussion about donor bikes, we realised that they were more into a BMW twin for the basis of the build rather than a Yamaha single.” So the donor 1988 R80RT was sourced on the web from Germany and imported into Austria so work could begin. 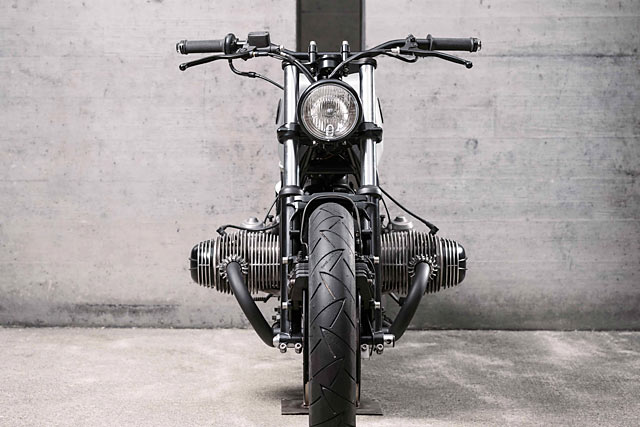 After sketching the BMW in their heads and getting the client’s thumbs up, they set out on their mission to bring the idea to life in a coherent, unified finished bike. “Key parts like tank, rear frame, exhaust system, lighting and controls must be thought out with a fluent direction before starting the disassembling of the bike and putting tools to metal.” 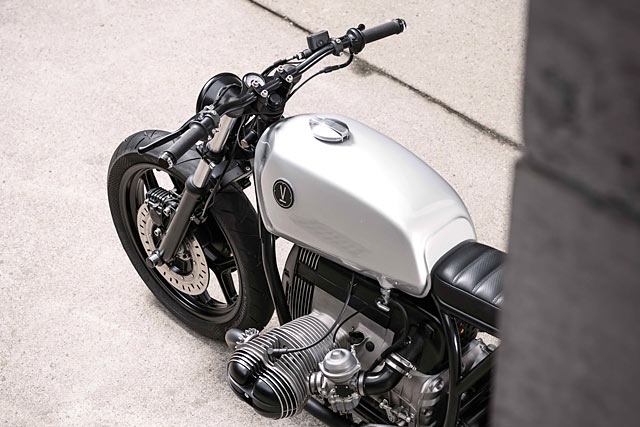 Of course, sometimes a client’s brief to create an everyday bike is just a sneaky way of saying ‘I don’t want to spend too much money. And while the coinage involved in this Beemer build wasn’t exactly chump change, bang-for-buck was still something the boys had to consider carefully. “We had to work within the agreed budget, but as always we still want to do the best we possibly can. Sadly, we had to cancel some fabrication and finishes – like blackening the entire engine – to make sure we didn’t go over.”

“While the coinage involved in this build wasn’t exactly chump change, bang-for-buck was still something the boys had to consider carefully.” 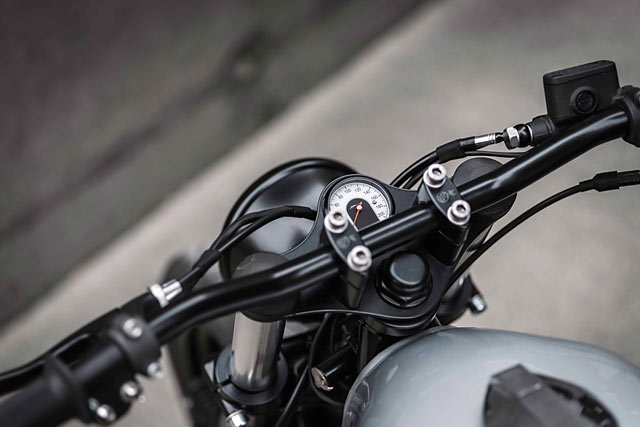 Clearly, there’s been plenty of time spent sorting out the brat’s details. The choice of that slim line R75/5 fuel tank, the shortened handlebars, the beautifully clean and simple choice of new parts, the masterful hiding of the wiring and the unique but subtle exhaust system; it all adds up to a bike that screams ‘attention to detail’. 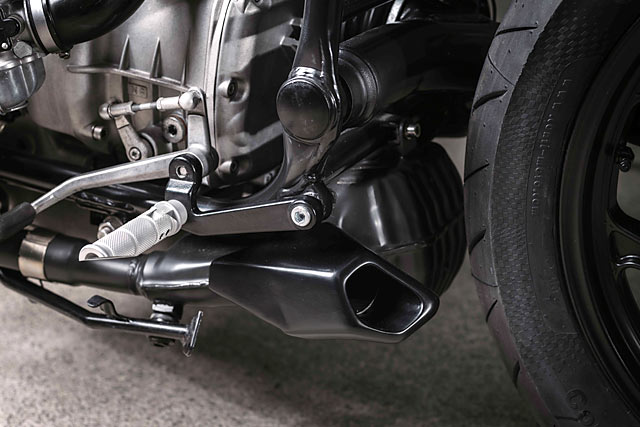 Further picking of the boy’s brains reveal a few more of the builds finer points. The exhaust system is a modified BMW R100R unit with a black, ceramic-coated silencer, in-built dB killer and a hand-shaped end can. But the lovely little tweaks don’t stop there. 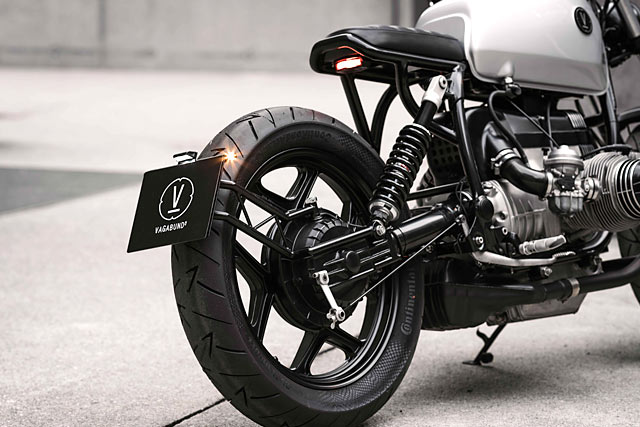 Turning their eye for detail frontwards, the brat’s upper yoke was laser cut to integrate seamlessly with a Motogadget motoscope tiny speedo and the ‘bars are a shortened LSL item; its controls were 3D printed so as to integrate all the necessary functions into the smallest possible space. 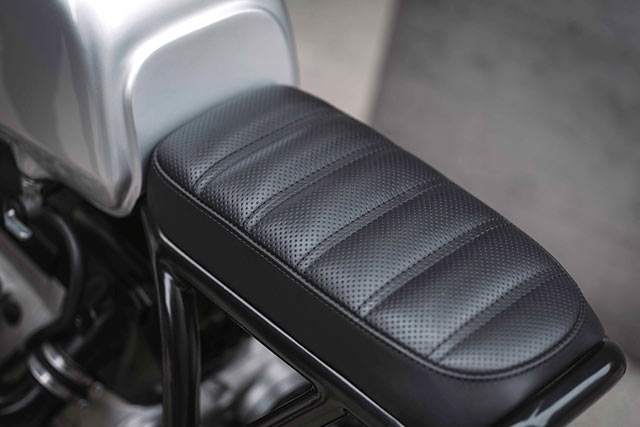 The turn signals are also from Motogadget, the fronts are m-blaze discs and the rear are m-blaze pins, which are attached to the licence plate holder. The brake light is a Shin-Yo LED unit that was modified and placed in a bespoke floating adapter slash housing. The rear shock is a new YSS unit and most impressively of all, the bike’s 100% street legal in Austria, despite the country having some of the world’s most infuriatingly strict custom vehicle laws. The end result is a BMW that’s bound to infuriate the pro-fender police, but warm the heart of anyone who loves brats, bikes and summer. 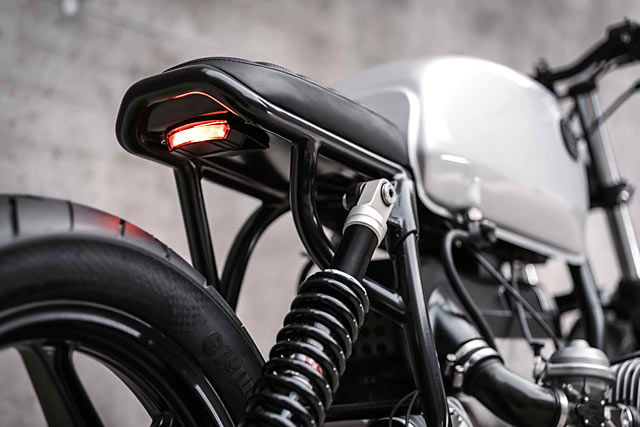