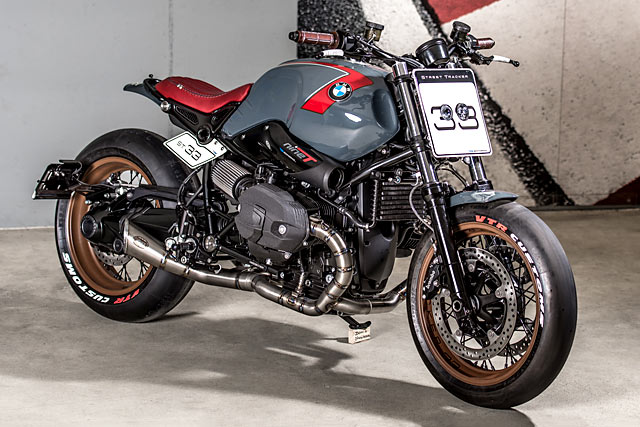 We think it’s fair to say that BMW’s R NineT has made a sizeable impact on the global custom scene since it was launched in 2014. Here was a new bike from a respected brand that builders could actually get excited about modifying. No more begrudgingly done modern customisations with whispered wishes that it was actually a classic from the 70s. No siree. The R nineT had its own look that was cool right out of the box, yet adaptable enough to allow creative minds their own space to run wild. And that’s exactly what Switzerland’s VTR Customs has gone and done. Meet the R nineT ‘Pure’ that’s anything but. 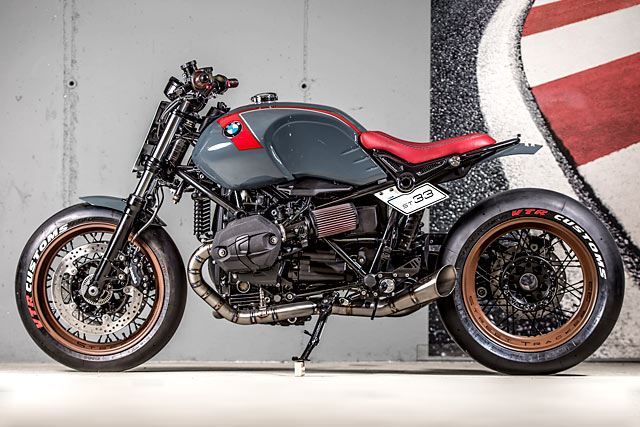 So, why a Pure? Good question. “We started customising R NineTs very early on,” says shop kingpin, Dani. “And thanks to the global custom media, we have become a well-known address for them. With the growing NineT family, our appetite to customise its latest members was growing as well. Last year we built a 9T Scrambler called ‘Le Touque’ in an 80’s off-road style. So the question was, ‘who’s next?’ The answer cam quickly; the Pure. While some have said it’s just a cheaper version of the original, we think of it more like an instant classic.” After all, simple is always better, no? 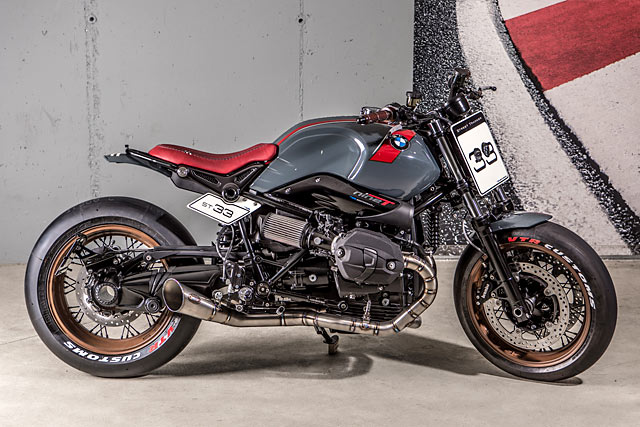 Similarly, the creative concept was also quickly found. “Because we loved our 2017 ‘Flachkopf 7’ (or ‘Flathead 7’) Flat Tracker so much, we wanted to create something in that style, but a bit more radical and ‘sharp’. So, a Street Tracker seemed like a great idea. The naming was a simple task; ‘ST’ for ‘Street Tracker’ and ‘33’ because 3 times 3 is 9.” 33 was also Dani’s number during his entire supermoto racing career. The VTR Customs crew are all 80’s moto kids; most of them started their off and on-road racing careers at that time. So along with a love of acid wash denim and 99 Luftballons, they all have a pretty good understanding of how they like their bikes to look. “A Tracker means a flat  number plate at the front with two smaller ones on the sides, wide supermoto handlebars, a forward-leaning overall design and a short tail. But we also like to have a small rear fender, too. Then there’s the classy single seat and, because of the road application, a 17 inch wheel with fat race slicks, big brakes and a very racy exhaust.” And just because that racing is in their blood, they insisted on more radical brake and clutch master cylinders. 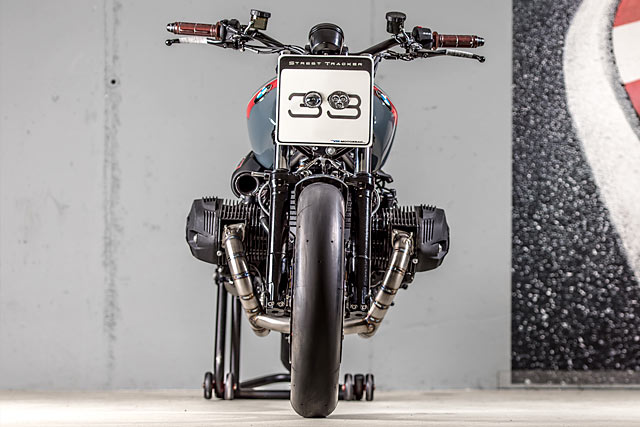 “We love the standard grey of the Pure. Sometimes we joke that BMW has stolen that colour from us, as we have used it for many of our custom bikes before.” To avoid potential dullness, some spice was added in the form of bright red highlights, thin ivory lines and the beautiful copper rims. “The colours were applied to support those sporty, forward leaning lines, too.” 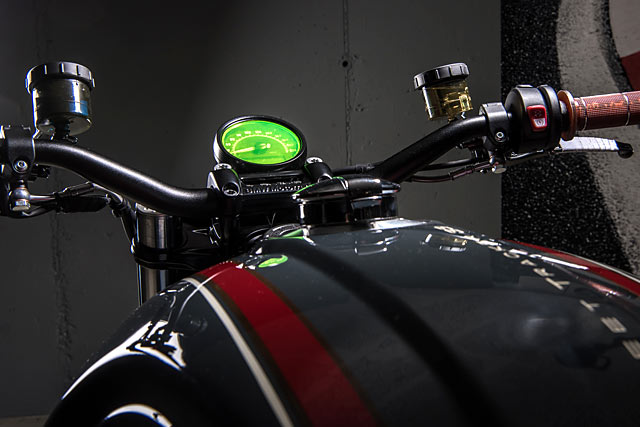 “ZARD Italy provided them with a mean-looking and sounding exhaust; it’s track only, unless you’ve got mates in the Polizei.“

The alloy number plates were handmade by the team, along with the rear fender. The tail was cut to make it as racy as possible and we found a new and incredibly small tail light (check the photos – they aren’t kidding) from Kellermann. Next they added a Monza gas cap, a new radioactive speedo and ZARD Italy provided them with a mean-looking and sounding exhaust; it’s track only, unless you’ve got mates in the Polizei. German Magura HC1 masters and levers have also been installed. 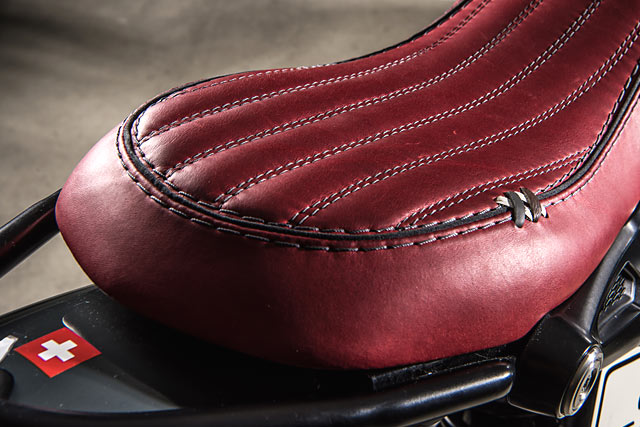 “The seat was meant to be done in a camel brown, and was actually finished the Saturday before the bike’s first presentation at the Swiss Moto show in late February. Our upholsterer, Yves Knobel, sent me some pictures at midnight on Saturday and holy cow! Usually, I have a pretty good eye for colour decisions, but this time I was miles off. So I dropped by the next day and he opened a hidden box in the back of his shop and produced the perfect red leather. Another night shift and it was all done; then on the Monday morning, the BMW was packed up and driven to the show.” Dani made it clear that despite the multitude of requests he gets on a weekly basis, none of the parts are available to buy or as a kit. “One of our client promises is that we always build one-off, unique bikes and that no copies will ever be made by us.” And speaking of clients, the bike was sold on the second day of the Swiss Moto Bike show for the VTR asking price. 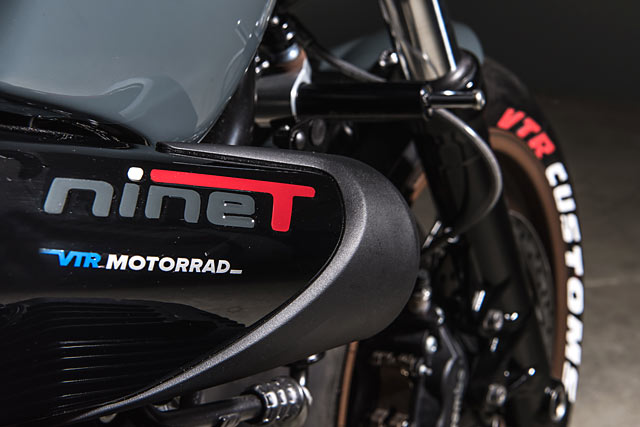 Quizzing Dani revealed a few more of the bike’s details. Pirelli race slicks keep things upright, with a 120/70-17 on the front and a 190/55-17 on the back. Barring the paint, the gearbox is pretty much standard, as are the rear shock and the front forks. The speedo was based on the original Beemer unit, but was modded with some new fittings and the tint. And lastly, Dani notes that the Monza gas cap required a custom adaptor to allow it to be fitted correctly. Chalk up another home run for both VTR and BMW’s world-beating custom workhorse. Good job, team. 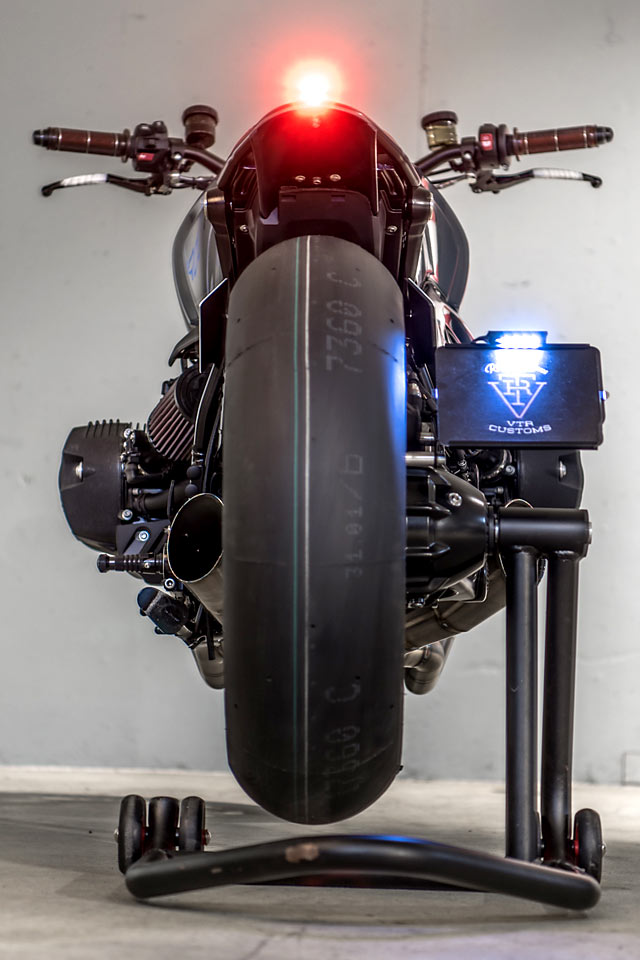