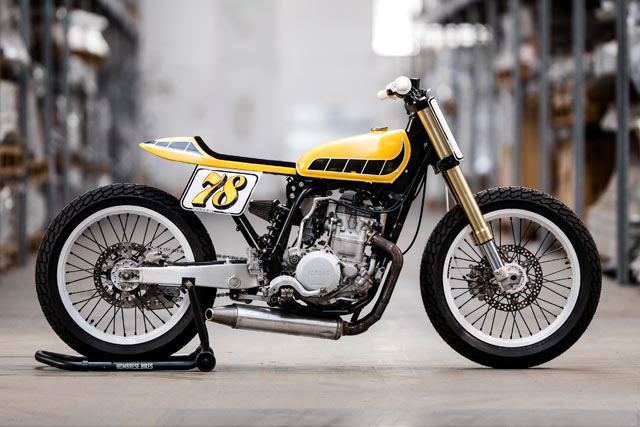 Ever tried flat track racing? It’s ridiculously fun and easily more addictive than chocolate-dipped crack cocaine. Hell, the first time I tried it I was on my phone searching for bikes before the tracker I was on rolled to a stop. It’s little wonder, then, that the amount of flat track racing globally has boomed in the last few years. It seems we have quite an epidemic on our hands and Germany’s Hombrese bikes are clearly hooked. Sick of not having a suitable bike for weekend races, they decided that the old Yamaha YZ450 sitting in the corner of the shop collecting dust would be the perfect candidate. 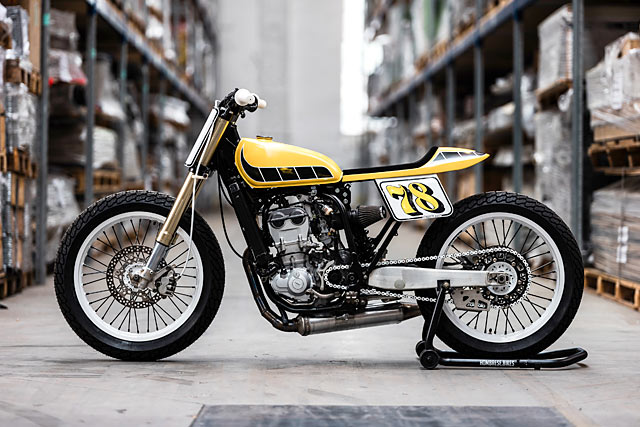 “My name is Uwe Kostrewa,” say Hombrese Bike’s head honcho. “I’m from Cologne in Germany. In 2012, I saw an SR400 cafe racer and I was thrilled by it. I was instantly determined to own such a bike and I really wanted to build one for myself. Shortly thereafter, an SR500 was pushed into my workshop. While transforming it into a cafe racer, it became obvious to me that customising motorcycles was my new passion. I named my shop ‘Hombrese Bikes’ and the rest is history.” 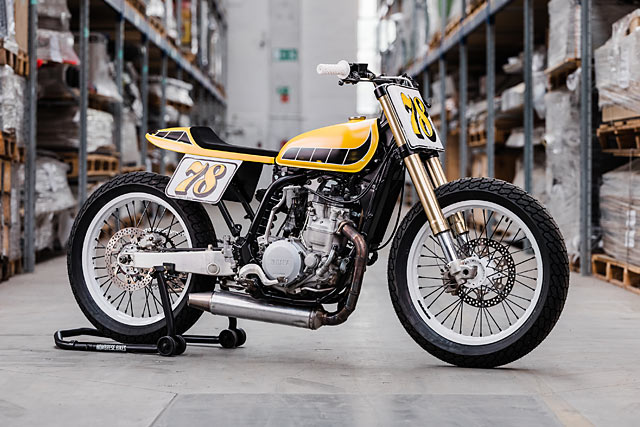 “This is my latest build. It’s a 2003 Yamaha YZ450F that I’ve turned into a weekend flat tracker. I called it ‘78’. The bike is owned by one of my best friends; It was parked for 4 years in my workshop and had been pretty much untouched the whole time.” But that was soon to change. 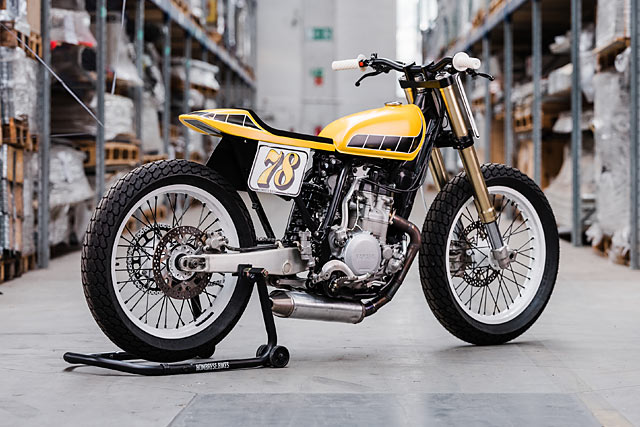 “After about 14 nanoseconds of thought, Uwe agreed that a tracker was a good idea.”

Patrick, the best friend and bike owner in question, came to Uwe one day and asked him we he wanted to build something cool out of the dusty and very much unloved motocross bike. After about 14 nanoseconds of thought, Uwe agreed that it was a good idea and the two quickly decided to flat track the thing. 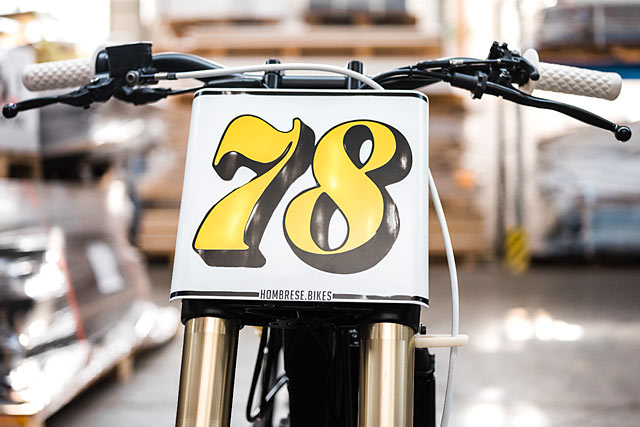 “First, we removed the plastic parts and lowered the bike both in the front and the back to find a good line for it. Then the front rim was changed to a 19″ item. The rear frame had to be lowered and shortened. We adapted one of the gas tanks out of my workshop and I built a tail to match. Next we formed the exhaust and welded a new manifold to suit.” Then, after all the main components were done, Uwe painted them up in a Yamaha racing yellow, white and black scheme while also adding a little steel wool patina. 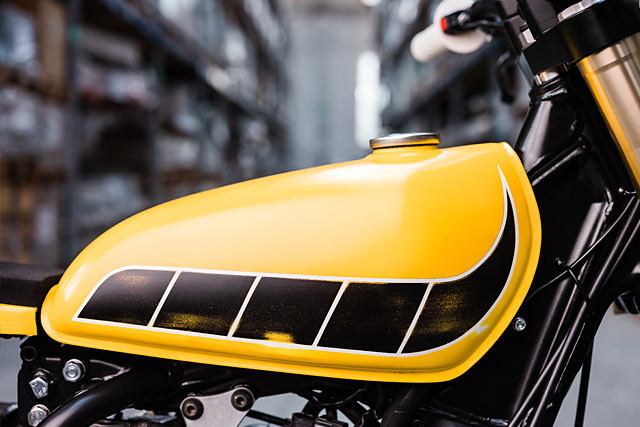 “Last year we had the idea to take part in a few flat track races, but we never had a suitable motorcycle. So that was the starting point for this new project. The tight deadline was probably the biggest challenge. Although we started it very late and worked on it only at the weekends, we still decided we wanted to finish the bike for the 2018 Wheels & Waves show in France. It was close, but we got there so now we can race at Punks Peak and El Rollo. Unfortunately, the deadline meant that we have had no time to train, but as they say, ‘being there is everything.‘” 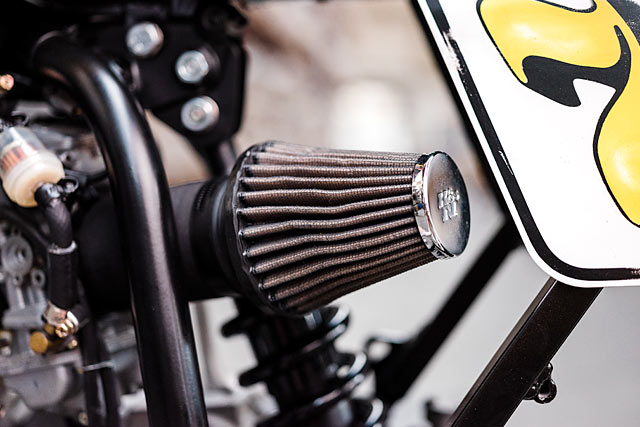 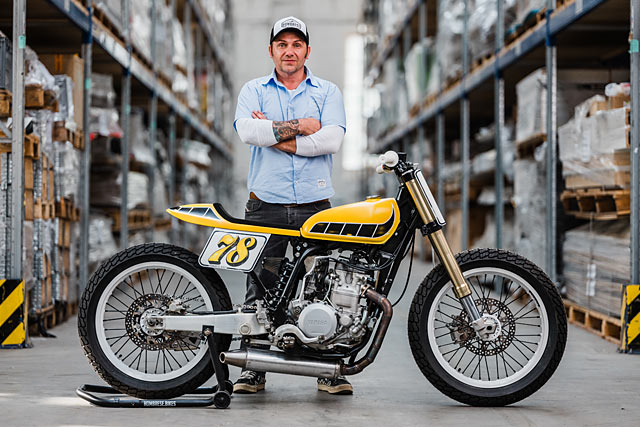 Uwe likes it. Do you?

“I like the bike’s overall look the best; specifically the colour scheme and the paint job. You can probably tell, but I am a big fan of flat trackers. My last motorcycle was a W650 tracker and the next project I’ll undertake is a Honda XL600 tracker.” Clearly, Uwe is hooked – what about you?