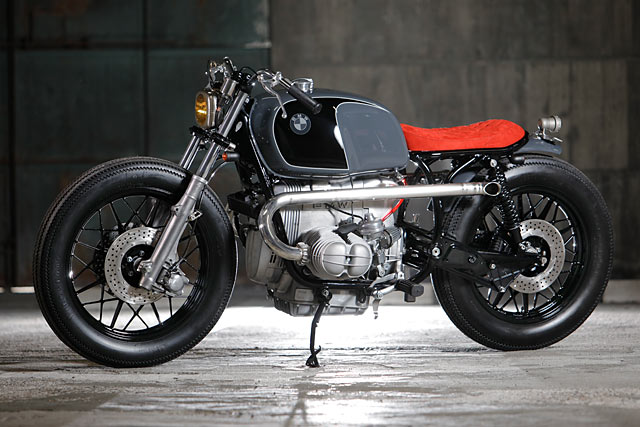 From their base in Hiroshima, Heiwa Motorcycles produce all manner of drop-dead gorgeous bobbers. And we never see them coming. They have an uncanny ability to pitch motorcycles in our inbox out of thin air, with little pomp or ceremony. And every single one leaves us flabbergasted. None more so than their latest creation, a gorgeous low-slung 1981 BMW R100 bobber. 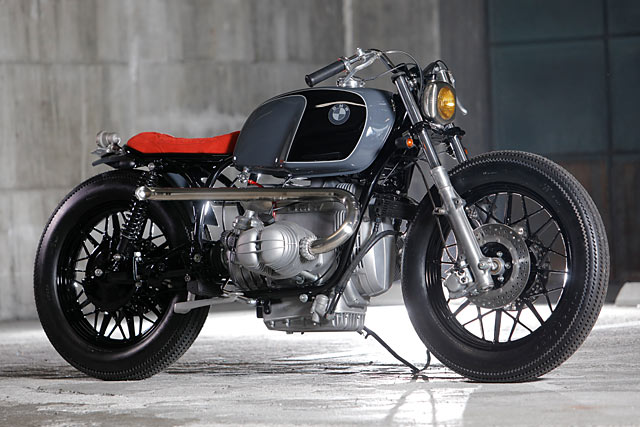 Unusually for Heiwa, their latest boxer came to their small workshop already customised – a rare sight in Japan. The BMW ‘R’ range are relatively uncommon and tend to be kept stock. But this R was already modified. Badly. By someone a lot less capable than Kengo Kimura and his team. And as a result, it had more issues than a stripper with BPD. 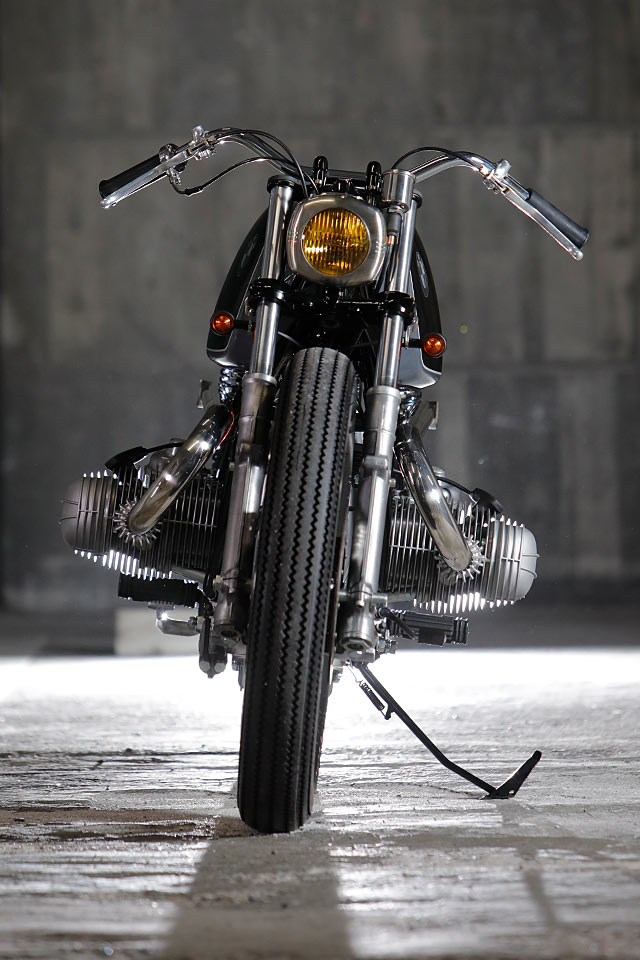 “When we first came across the bike the parts, the paint and customisation was terrible,” Kengo states. “The paint had been laid on too thick, the seat was tattered and it wasn’t running very well at all”. I think he’s been typically polite – the bike sounds like the second biggest disaster Hiroshima has seen. 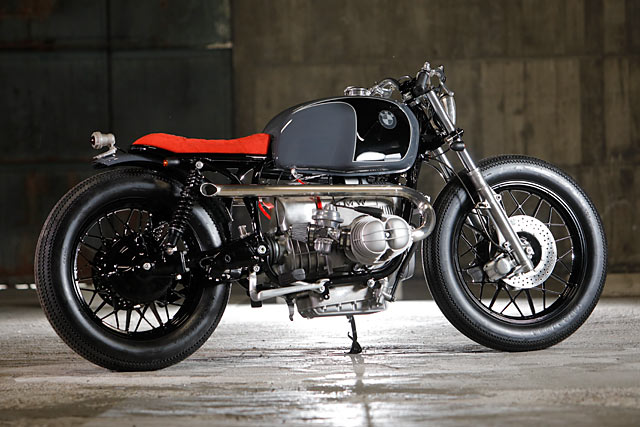 So the first thing Kimura San did was pull apart and refresh the engine – being handy with mechanical work as well as fabrication. “We overhauled the contents of the engine and cleaned up it’s appearance perfectly”. 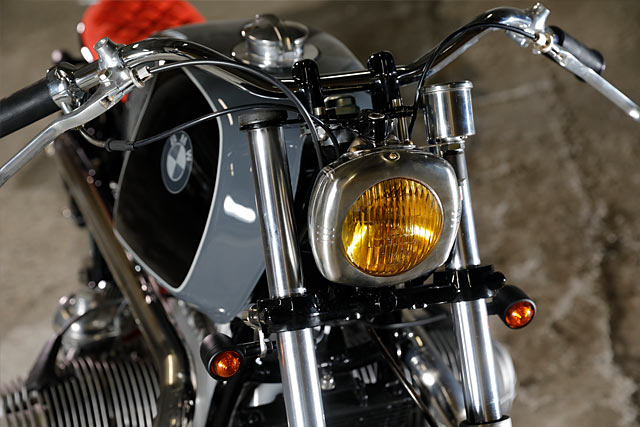 It’s a masterclass in colour choice

So with the engine completed and ready to last another eight million miles Kengo and his crew turned their attention to the motorcycle. Kengo is famously a man of few words and much fabrication, so while we don’t have a detailed blow-by-blow we can still tell what the man himself has done.

“Kengo is famously a man of few words and much fabrication.” 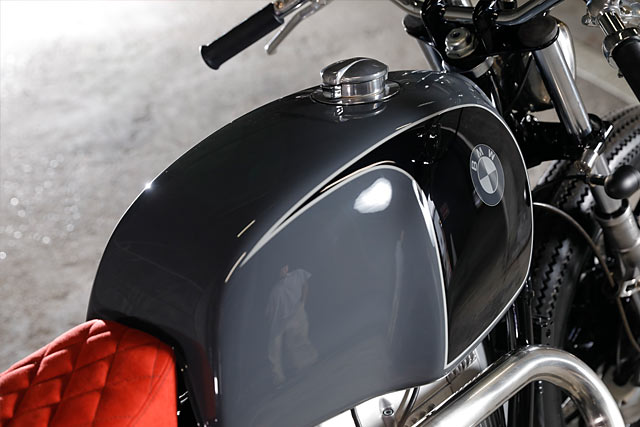 It’s been dropped at the rear, had the front forks lowered and front end tidied up considerably – with a new headlight and gauge assembly keeping things looking light. And the new indicators, brake light and rear fender help as well. One of my favourite touches is the red seat – a rare splash of colour from the team and one that harks back to the early BMW GS models. 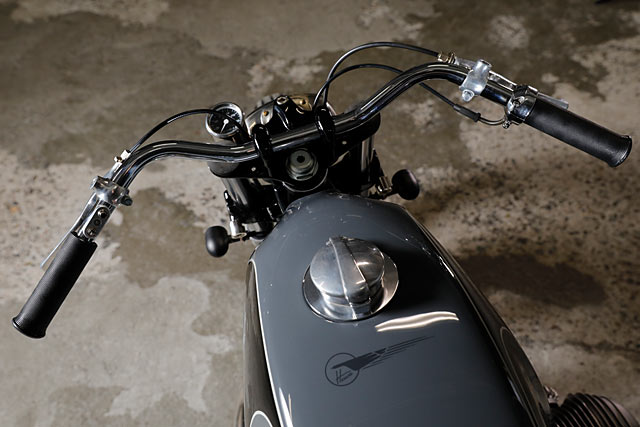 ut perhaps my favourite thing of this build, as with any Heiwa motorcycle, is the exhaust system. Every single pipe that the guys put out is a masterclass of proportion, placement and pipe bending. This R100 is no different. Look at how perfectly it mirrors the lines of the subframe. It’s got more straight lines than a LA bathroom toilet cistern. But that subframe that was damn hard to get right. 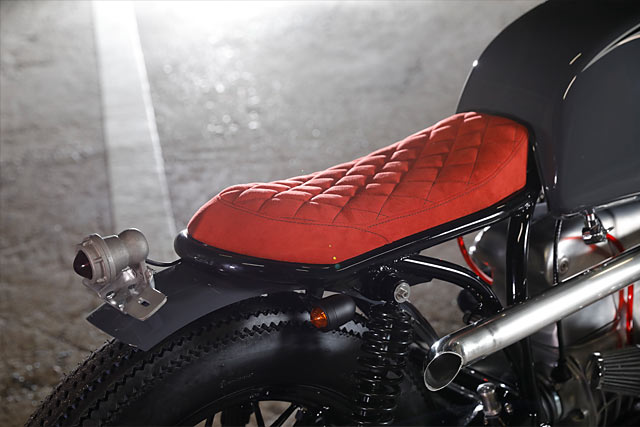 Bold choice, but it makes the bike

In fact, it was the most difficult thing for Kengo and the team at Heiwa MC to get right. Everything is perfectly horizontal. The pipes. The tank. The subframe. “In order to get the horizontal line of the frame,” Kengo says, “I had to redo it a number of times. I wanted to balance the seat rail, the length of the front suspension, the length of the rear suspension and so on”. 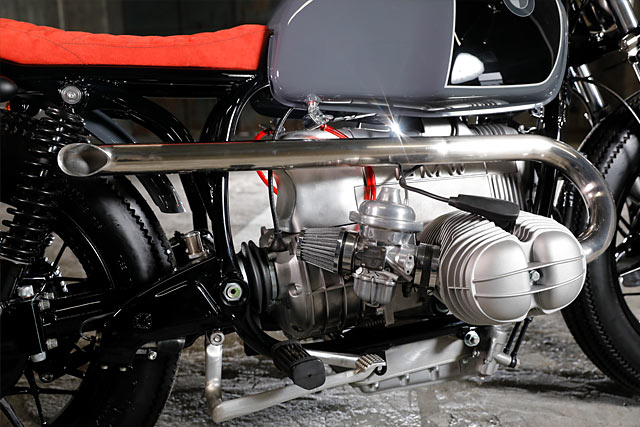 But man, how well does it work? Yet again, Heiwa MC have knocked another bobber out of the park. This one was shown at the New Order Choppers Show in Kobe earlier this month to a typically huge crowd of adoring fans. Really – what’s not to like? 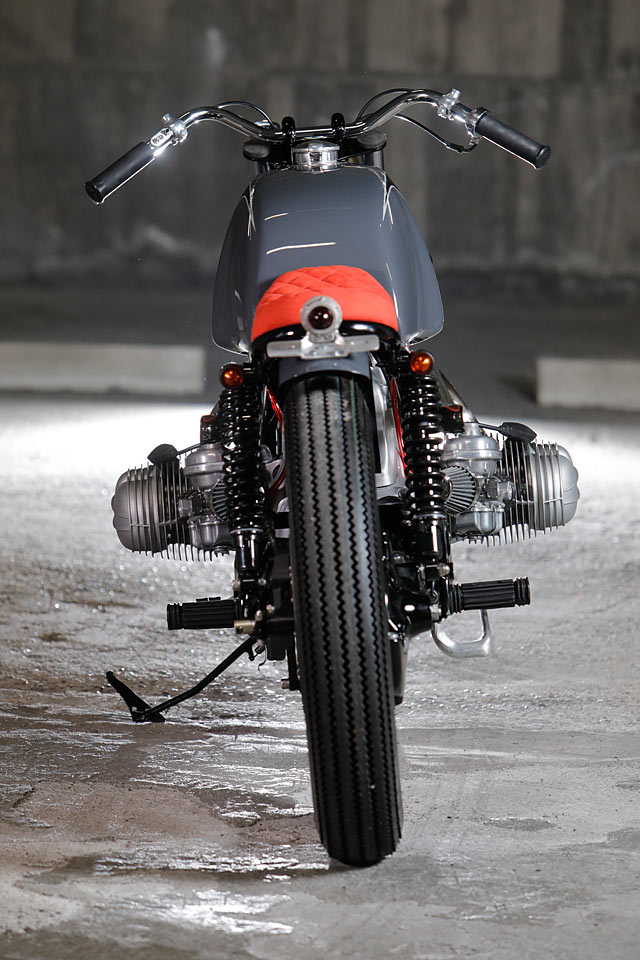