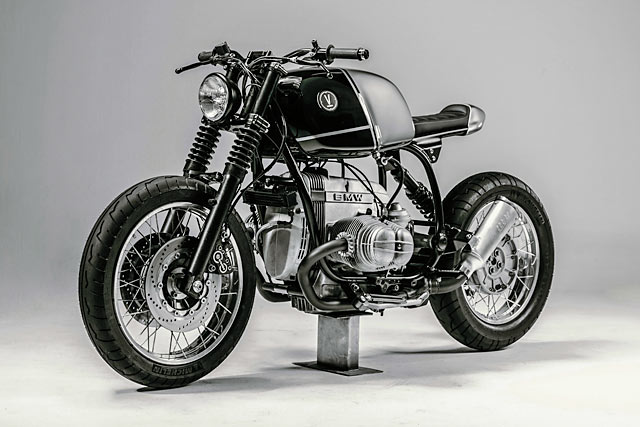 Somehow in all the hype and limelight that surrounds custom bikes, the customer often gets lost. While more than a few bikes we feature on these pages are labors of love that are entirely funded, made and ridden by the builders themselves, a fair whack of them are funded by regular Joes like you or I. Joes with hard-earned money, a moto passion and the will to make something special happen. And as with most people who are footing the bill, they will want things a certain way. Often this can create a certain tension between builder and customer but for Austria’s Vagabund, the process of working with their client allowed them to take this bike to a whole new level. 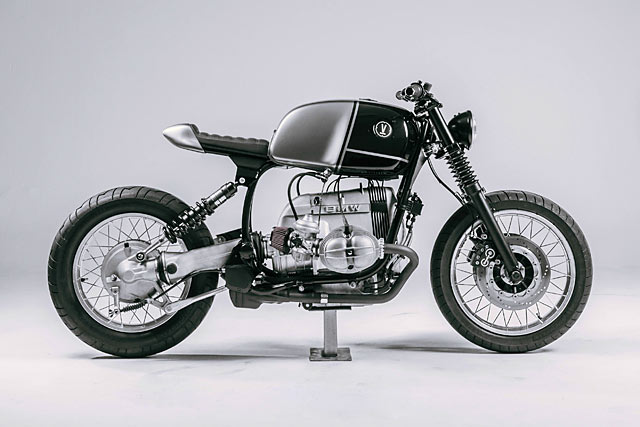 Our first chat with Paul and Phil about this, their 10th official Vagabund build started much like any other. Being old hands at the Pipeburn interview process, their responses came back with clockwork precision – the kind of precision that you’d expect from two Austrian guys who can craft a bike that would put a Swiss clockmaker to shame. 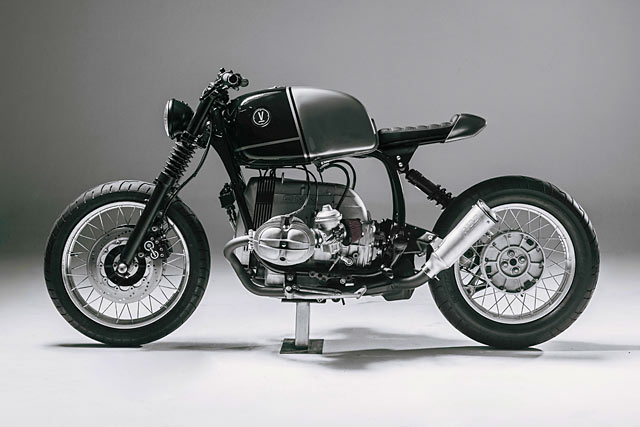 Made for the taller gentleman…

Built from a locally-sourced ‘93 BMW R100R, the bike features all the usual top shelf touches that make Vagabund’s build stand head and shoulders above their contemporaries. There’s the modified and black ceramic coated R100R presilencer with an always cool SuperTrapp muffler attached, along with a Motogadget Motoscope mini speedo, milled and powder coated front forks, a new rear frame, and a fully worked R80RT tank with milled Vagabund badges. 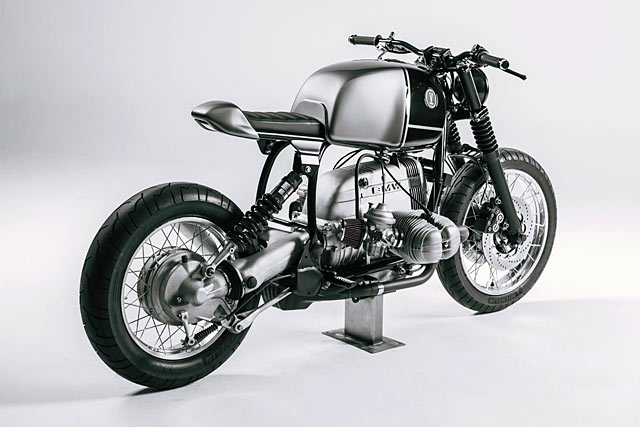 “But still, it all seemed very much business as usual for the boys. If you consider building some of the world’s best customs ‘usual’.”

Add to this some shortened LSL handlebars, a Grimeca brake master cylinder, Domino clutch lever, a 3D printed rear end and switch housing, Motogadget m-blaze indicators, Michelin Pilot Activ tires and an engine rebuild and there’s little doubt that you’d have a bike that would make pretty much anyone weep tears of joy. But still, it all seemed very much business as usual for the boys. If you consider building some of the world’s best customs ‘usual’. But Surely there must be something different about the build? Something that stuck in their heads after the swarf had settled and the paint had dried? 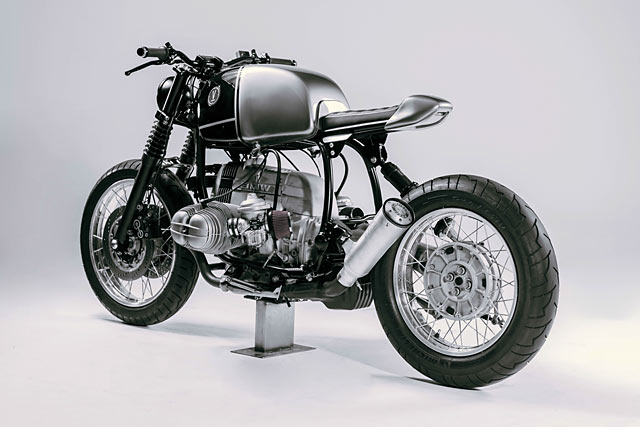 “There isn’t really a story within this build,” said Paul in his characteristically Teutonic way. ‘Well, there might be one thing. See, about the customer. Well, he’s a tall one…” And hey presto, we have a ourselves a story. The boys revealed that their wish to meet their customer’s comfort needs while also creating a bike that had a great stance wasn’t an easy one to make come true. There’s a reason why most MotoGP riders are five foot nothing, and it isn’t so they can crawl under the cabinets in the pit garage to rescue runaway nuts and bolts. 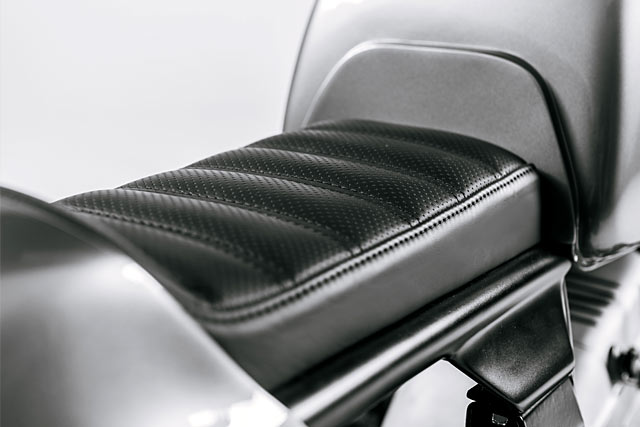 “It was very important for the client to have a bike adjusted to his body height,” continues Paul. “He wanted the bike to have the perfect riding characteristics; naturally, it was also very important to us. So Phil and I discussed at length about how to bring the rear frame up without having it look awkward while still retaining a cool line and stance.” And herein lies the crux of the issue for most paid custom bike builds. Hell, it’s an issue for any creative service provider the world over; how to keep both yourself and the customer happy with the work. 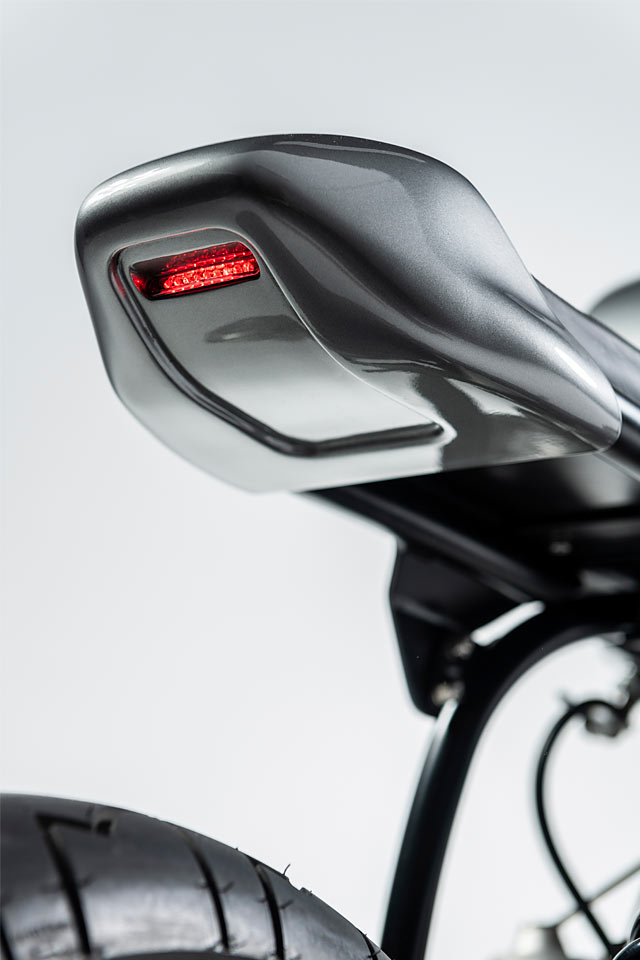 H.R. Giger, eat your heart out

It came down to something very simple; they wanted it low and the guy paying the bills wanted it high. And while the boys were probably very tempted to condemn their client to a lifetime of sore legs and grimaces, they carpe diem’d the shit out of it, and created something that we feel is amongst their best ever work. It just goes to show that no matter how much success you’ve enjoyed in the past, you’ve never too old – or too wise – to learn something new and grow a little bit in the process.