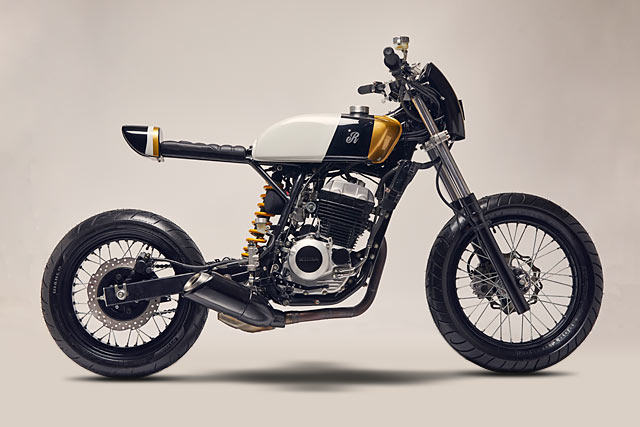 The team at Republica Motocicletas don’t struggle to find business. The Argentinian workshop has belted out over 30 motorcycles in their short time on the scene and they can’t keep up with the amount of orders coming in. Why? Well, it’s because they create rides like this, a killer 2013 Honda Tornado 250 dubbed the ‘Bypass’. 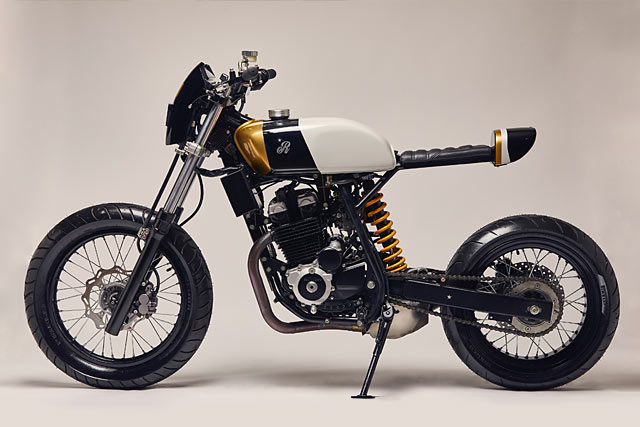 Republica is a prime example of one of the best things that can happen when mates get together. Initially founded by childhood friends Carlos Sartor and Franco Loson, the shop has since expanded to take in a whole coterie of like-minded buddies, including Mauro Sartor and Lucas Versellone. And they’ve been steadily pushing out projects since. 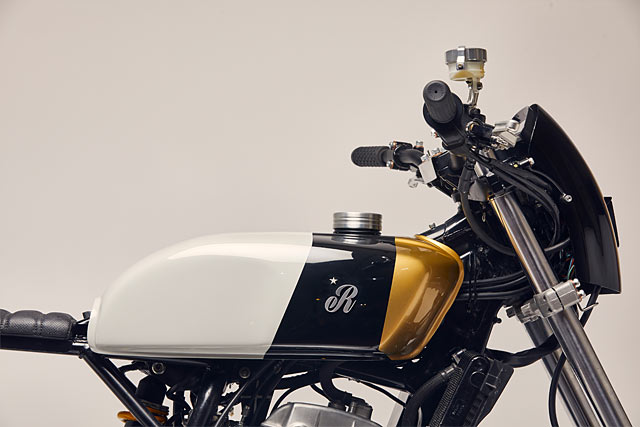 Initially, the Bypass wasn’t even intended for a customer. “We bought this motorcycle for our own workshop,” Franco Loson says. “But when we started the design process a customer from Jujuy (a northern province of Argentina) appeared and repeatedly insisted on buying it from us, a situation to which we finally agreed”. 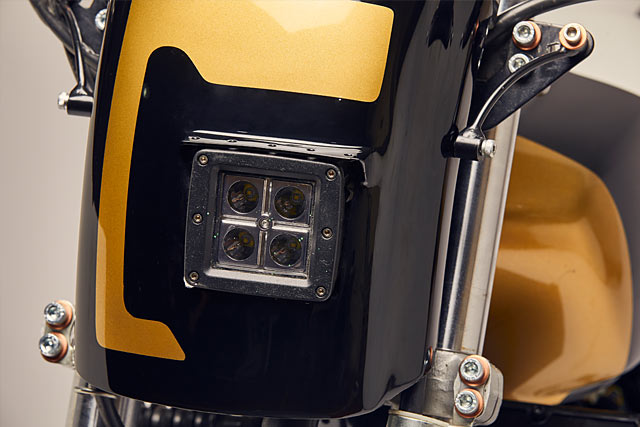 So all eyes turned to the Tornado. You’d be hard pressed to tell from the way it looks now, but in factory trim it’s an air and oil-cooled single cylinder trail bike that’s built tougher than a black box recorder. It’s the perfect little runabout for patchy South American roads. But the little trail bike looks… well, like a trail bike. Republica had big plans. And it wasn’t for a throwback scrambler build. 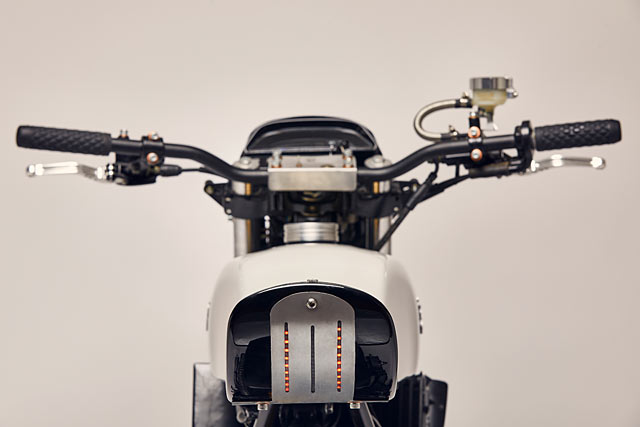 “We wanted to aim for a futuristic design,” Franco says, “So we designed it with a cafe racer-style tail and then went front to back, going from design to design, to achieve a more aggressive and futuristic look. Lately in our shop we’ve opted for that style above all else, and this wasn’t going to be an exception”. 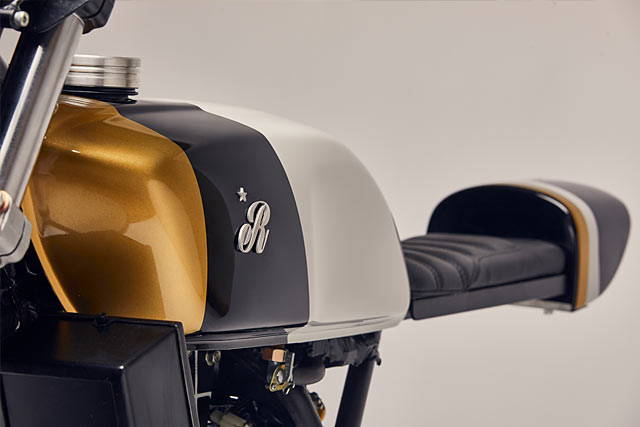 “It gives it a clean and futuristic look at the same time, but it was very difficult to work all the lights into such a small space.”

A new slimmed-down seat unit kicked everything off with the Bypass. It’s damn tiny – and it also proved to be the most difficult part during the build process. The entire unit was made by hand and features a cluster of flush-mounted integrated brake and turn signals. “It gives it a clean and futuristic look at the same time,” Franco says, “But it was very difficult to work all the lights into such a small space”. 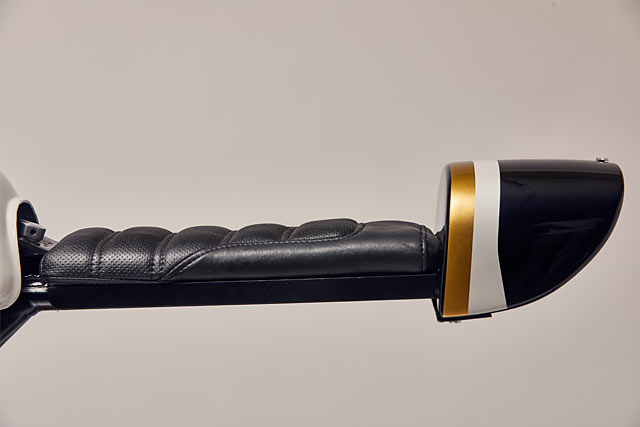 Up front, the bike runs a repurposed Harley Davidson fender as a headlight mount. The tank, which goes a hell of a long way to hiding the Bypass’ enduro origins, comes from a 1979 Honda Supersport. The list of parts borrowed continues with the exhaust, which is taken from a Ducati Scrambler, mounted to a stainless steel headed crafted by the Motocicletas team – which added a handy 5 hp, as well as shedding some weight. 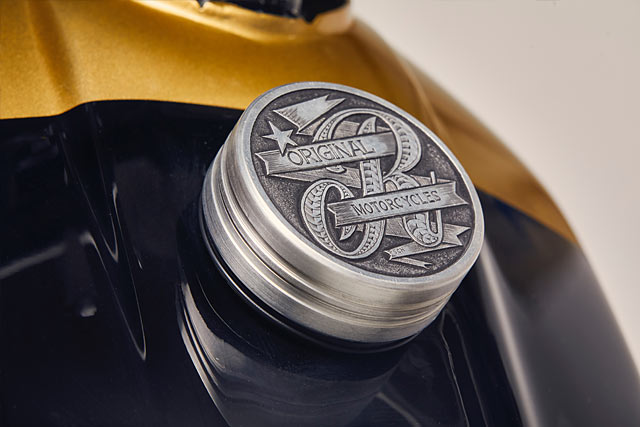 And the Gas Cap of the Year Award goes to…

There’s a couple of finer details as well. The Bypass runs new spokes and rims, a host of small custom parts like brake reservoir covers and fuel caps as well as a gorgeous colour scheme. 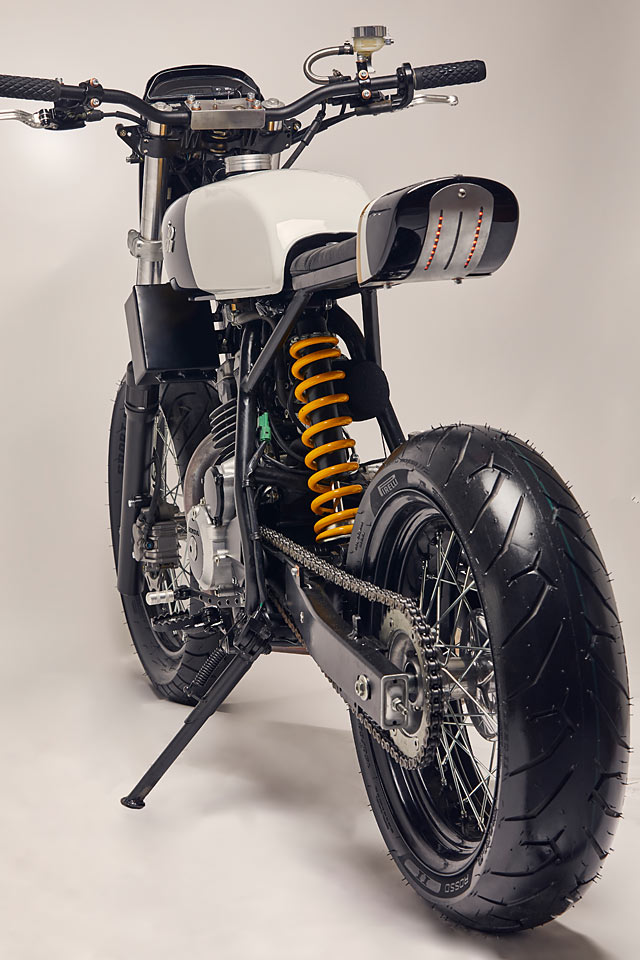 Franco and the team are understandably proud of their creation, dubbed ‘Bypass’ as the client’s a full-blooded cardiologist. “We believe that this motorcycle is one of our best creations,” Franco explains. “When we had the bike ready we organised a party with a DJ, live bands and photographers and presented it to him in front of his family and friends. It was a magical moment for us.”