ONE DOWN, CLAW UP. AdHoc’s Sharp Cagiva Raptor Roadster 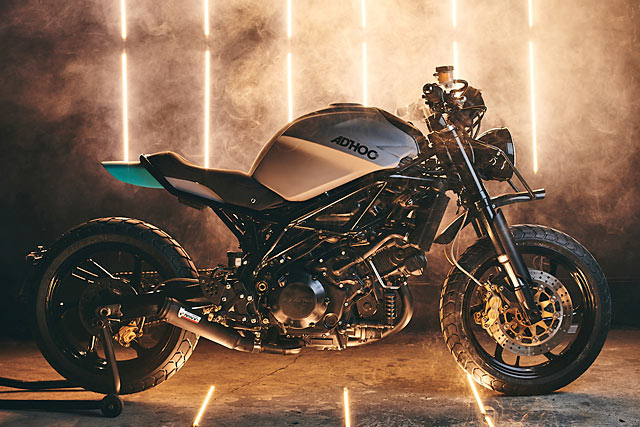 Some clients can rain cash down upon a builder to make their dreams come to life. But sometimes owners are mere mortals like us and have to tread more warily when it comes to a budget. And that’s what Spain’s Adhoc have dealt with here, with their 2005 Cagiva Raptor given a careful haircut and coming out looking a million bucks. 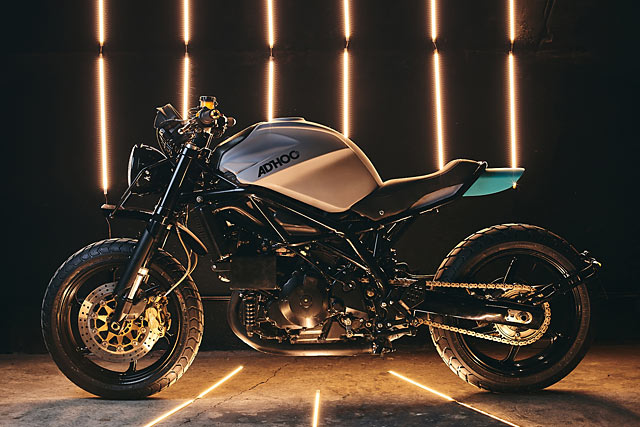 “The motorcycle was sent to us by the client,” Adhoc’s David Gonzalez recalls, “he was delighted with the response of the engine and performance, but he was tired of the aesthetic and wanted to give it a new air”. That makes sense to me — the Cagiva is hurtled along by a whopping 996cc engine taken from the Suzuki TL1000. 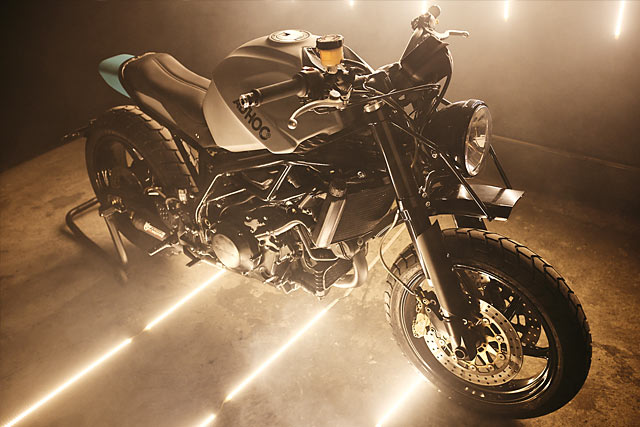 And the guys from Adhoc knew exactly what they wanted to do with it. “We wanted an aggressive motorcycle that was small but that really caught your attention; something that had some nice details that caught your eye the more you looked at it,” David says. But their ambitions had to be tempered by the customer’s budget.

“We wanted an aggressive motorcycle that was small but that really caught your attention.” 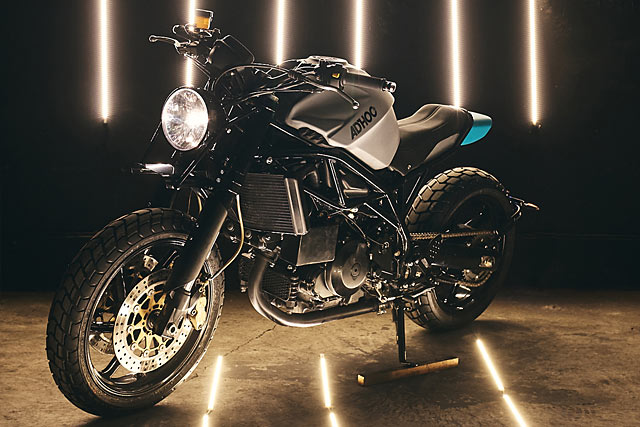 “The budget wasn’t as high as I would have liked,” David says, “so we could not modify the gas tank, and the forks and the wheels were to my liking and we did not want to change the speedometer. I think that in motorcycles of this style is important to keep as much and as much information as possible, avoiding scares like engine overheating or lack of gas. So instead we focused on the front and back.” 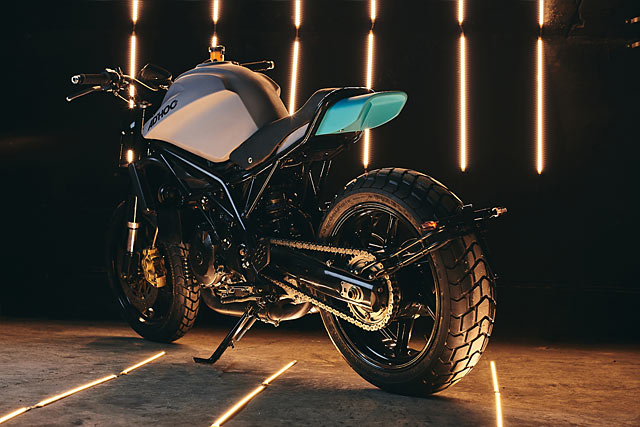 So the bike went in for a pretty severe trim. The front end proved relatively easy, with David and the team making some cosmetic covers for the fork, allowing the paint to be matched to the tank. The combined front fender and headlight support is similar to that of an earlier build, the Adhoc28. 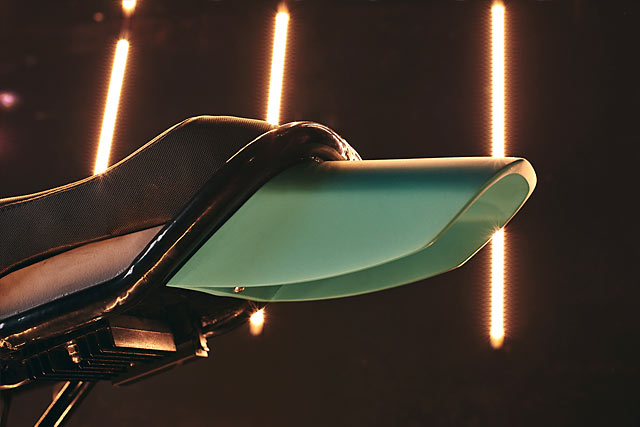 A tail section and a flash of colour

That was easy enough, but the rear end proved a huge headache for the team. “I had to try three times,” señor Gonzalez says, “different designs and tests with various sheet metal covers. The main problem was having to hide all the electrical components, the battery, switchboard, regular and relays…” 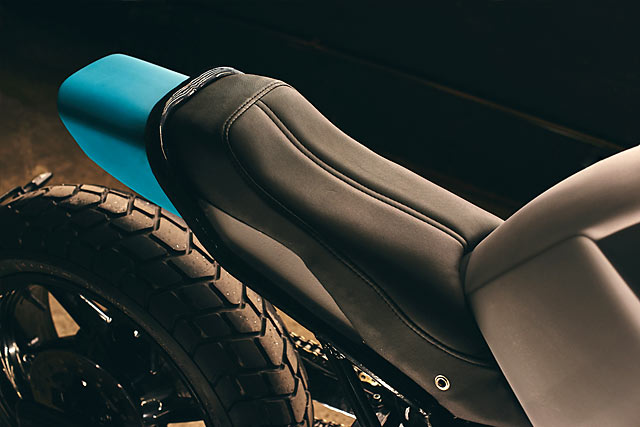 But in the end they nailed it. “We made a very compact unit and we ended up saving the template for future variations.” But with all that meant the turn signal and brake light assembly had to be moved to a guard mounted to the swingarm. The indicators themselves operate as a brake light as well. 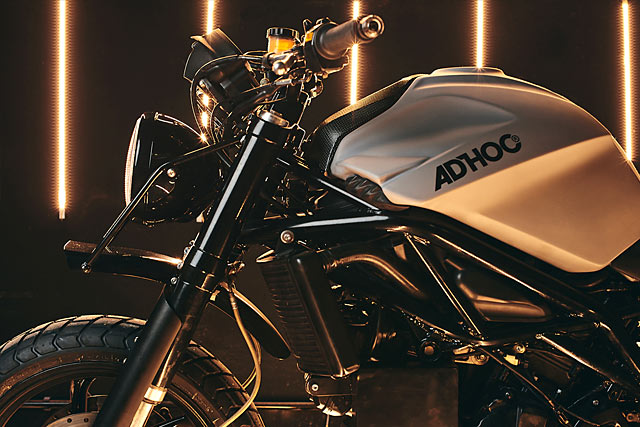 The standard tank went in for a new coat of paint, finished in a matt grey. The seat cowl was pepped up with a splash of mint and the seat itself was finished in a non-slip material. The footrests are adjustable and keeping the Cagiva roaring is a 2-1 exhaust ending in a Mivv muffler, finished in black. 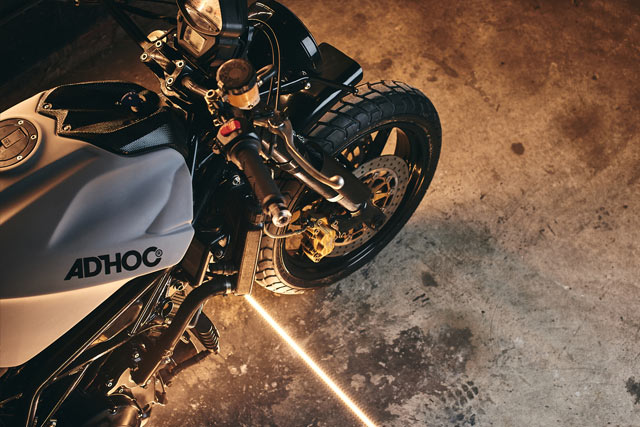 The result? “No doubt the owner was right to want to keep this bike,” David says, “it’s behaviour on the road is excellent. We’ve given it a freshen up and now it doesn’t go unnoticed against much more modern motorcycles.” With a build like this, I don’t think it’s going unnoticed anywhere. 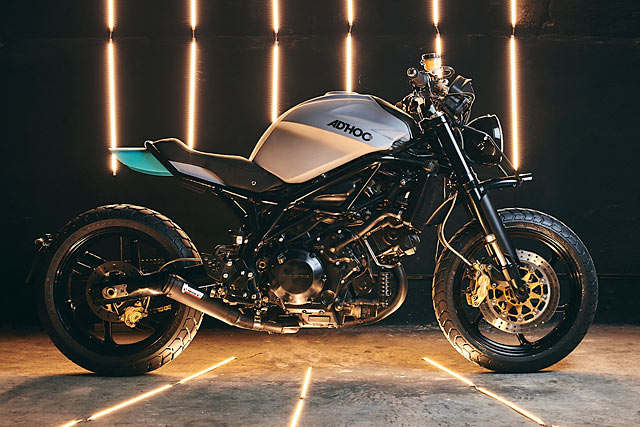