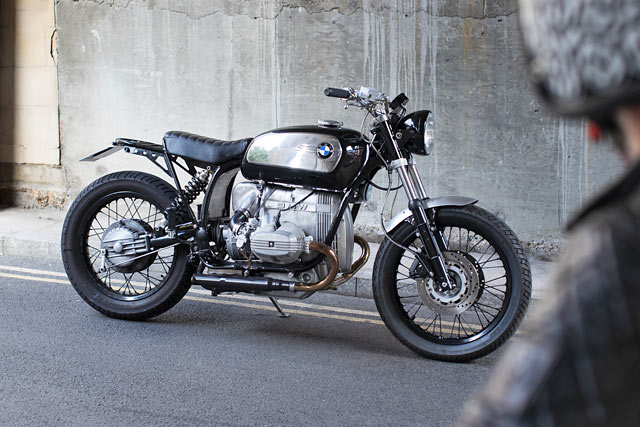 We’ve had more airheads through here than a cheerleading college. We’ve had bobbers, choppers, cafe racers, trackers and everything in between. So we here at Pipeburn can pick a killer R-series BMW build from a mile away. And here’s one of the best, a glorious BMW R80 by Untitled Motorcycles dubbed the Silver City. 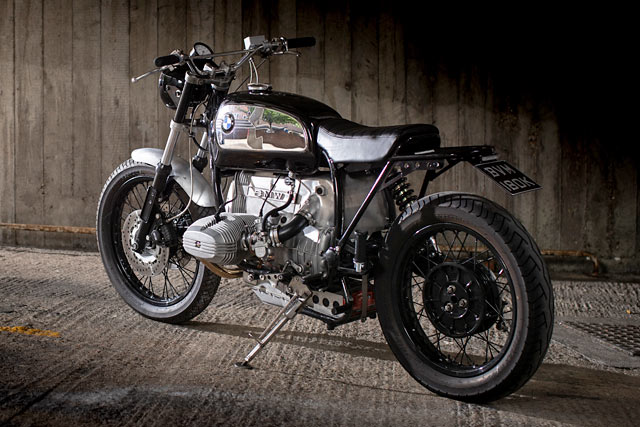 It’s been a bittersweet twelve months for the crew at Untitled. Business has been kicking over nicely at their London and San Francisco offices, but last year their in-house electronics guru tragically passed away from cancer. “It’s taken us a few months to come to terms with this loss,” Untitled’s Adam Kay says, “and even now it feels very odd to look at Anita’s workbench and not see her there singing along to her favourite tunes.” 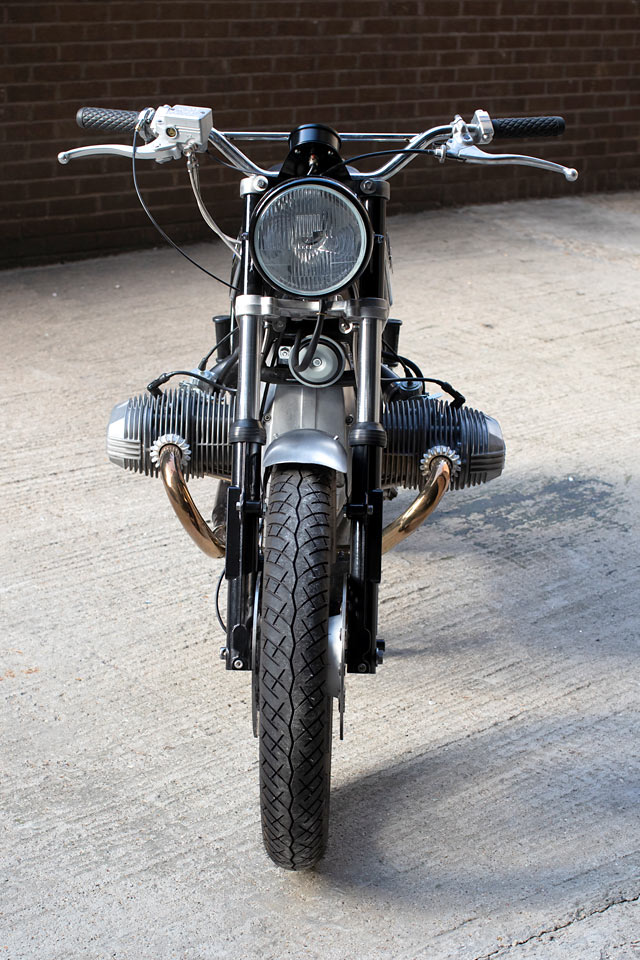 But the show must go on, and such a shift in the vibe of the shop has led Adam to reflect on what’s changed in the custom scene over the last nine years they’ve been running. “It used to be we worked on mainly 1970’s classics,” he says, “rebuilding engines and gearboxes. And that takes time and money. Now we’ve we’ve got more time it gives us the freedom to do what we really love. Design and fabrication.” 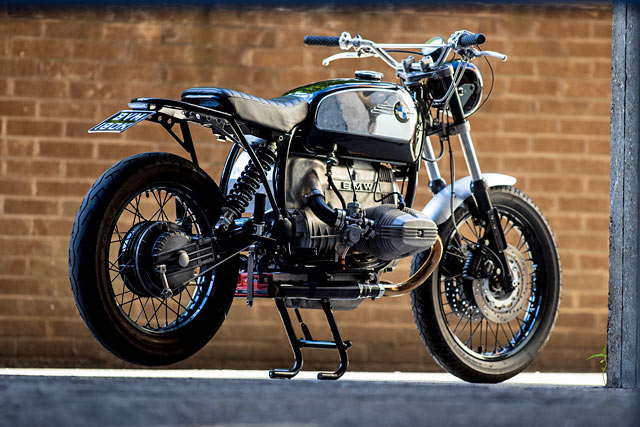 So to keep the custom bike part of the business ticking over Adam Kay is always on the lookout for potential donors. Hell, he’s got two T3 Moto Guzzis just sitting around and waiting dormant for a customer to commission something from them. So when a guy rode up to their London workshops office on a workingman’s BMW R80 they knew they had to have it. 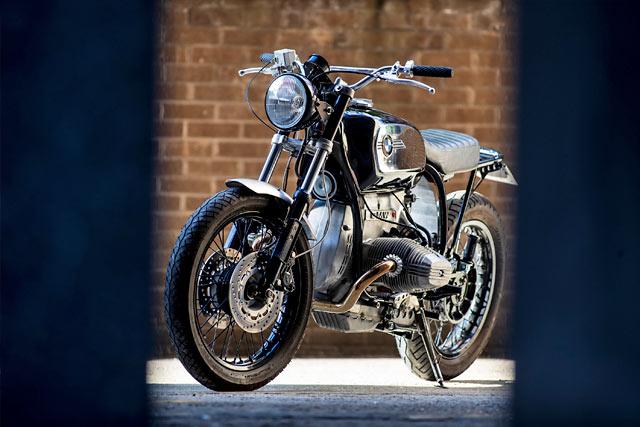 “It had parts from quite a few different ages,” Adam recalls, “Including an off-road Kawasaki front end. The owner wanted to sell it there and then and I could see the potential in customising it some time in the future.” That time arrived sooner rather than later, with a client wanting them to build him a sweet-ass commuter bike. And what better donor than the R80? 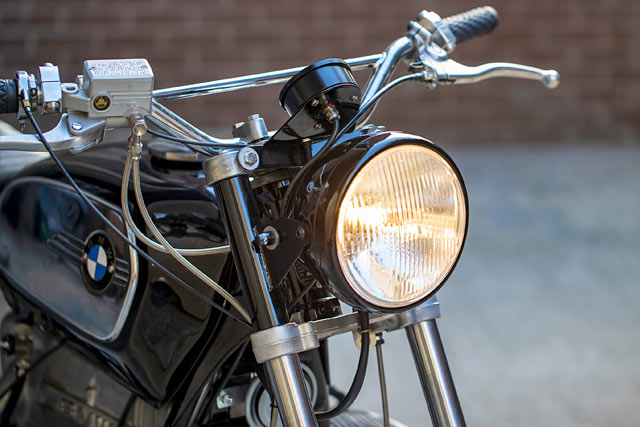 “We wanted to turn it into a GS-style bike with a large Dakar tank,” Adam says, “but after a long chat we went for the toaster as it would suit the town riding the customer wanted.” Untitled Motorcycles started the ball rolling with an illustration by in-house Photoshop guru Ian Galvin, with a plan for the black and silver colour scheme to match the owner’s taste in watches. “We planned for the tiny dash of colour on the Silver City matches the second-hand on his favourite watch,” he recalls. 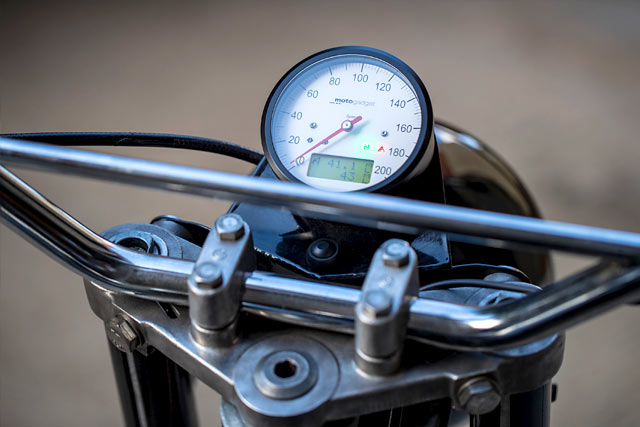 Then it was time to get their hands dirty. “We got the engine and running gear out and took it back to a factory-fresh state,” Adam says, “then we got the tank on the bike ASAP to work on the lines from the front to the back, making sure that everything is in a straight line.” With the outline of the bike mocked up, Adam and the team made the subframe and seat pan. “We also wanted to make our own silencer to keep the rear wheel totally clean of anything,” he says.

You can tell by his matter-of-fact way of speaking that Adam knows his way around an old Beemer. “It’s not hard-working on them because we’ve done so many now,” he says, “But what is difficult is getting everything coordinated to make the flow of the build go well. A missing or delayed part can slow the job down and have a big impact on our other jobs in the shop.”

“You can tell by his matter-of-fact way of speaking that Adam knows his way around an old Beemer.” 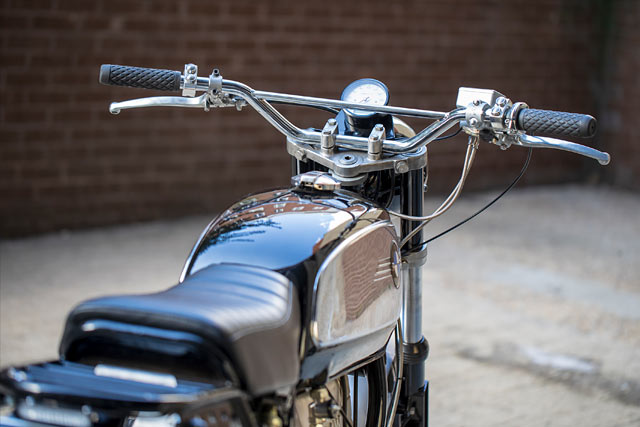 The front ended was changed back to standard BMW forks, fitted with double Brembo calipers and a spoked wheel. The rest of the bike is a gorgeous example of ‘less is more’, with a host of Motogadget parts keeping the front end light, the battery being moved below the swingarm and a few other tricks pulled from Untitled Motorcycle’s hat.

The end result is another knockout build by Adam and the team in London. And they’re as proud as punch with the way the Silver City presents. “The overall look of the bike is just right,” he says. “From the stance to how it rides.” Hell, we’ve featured some of the best BMW’s from around the world here at Pipeburn, and this gloriously understated street tracker ranks up there with the best of them. 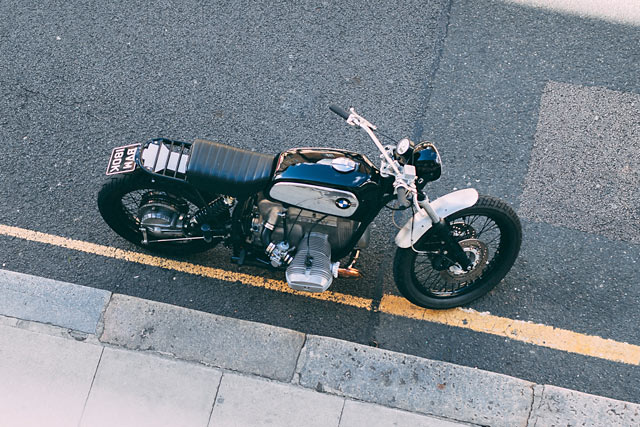