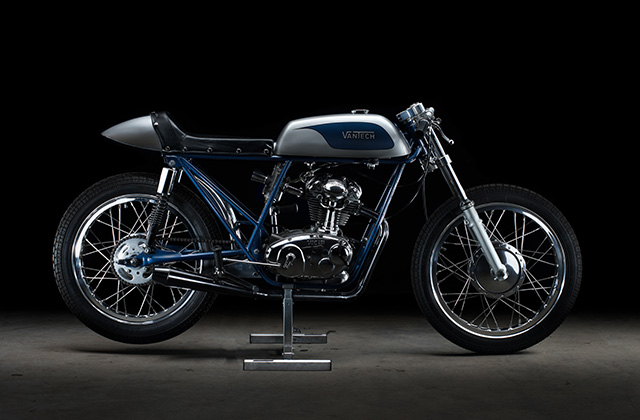 In addition to young motorcyclists and custom builders who’ve found a love for bikes of a different era, part of the success of the retro revival is fuelled by those going back to the bikes of their youth. But never before have we featured a builder who’s been building bikes and winning races since the end of the Second World War. Enter Bill VanTichelt, founder and patriarch of the Vantech family; who together combined to build a bike that was always for Bill the one that got away. A stunning cafe racer powered by a Ducati Monza engine, in a frame he designed to great success more than 50 years ago. 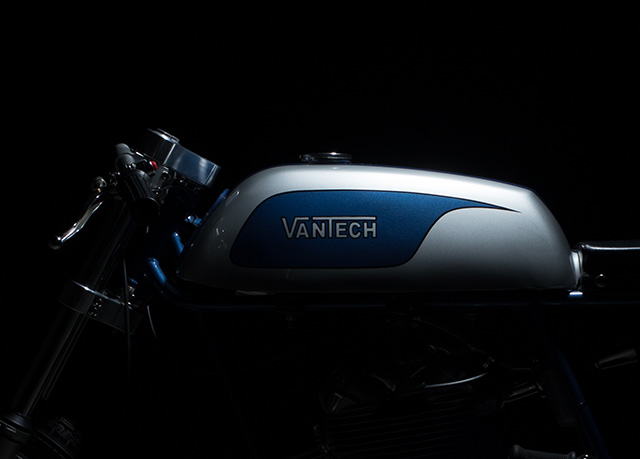 Bill won his first AMA Trials race in 1949 at Lakeland Park, California and ever since two wheels have been a staple of his life. With his father Bill Snr he founded VanTech in 1960 producing specialised parts for the missile industry. But having tasted racing success and graduated from Cal Poly in mechanical engineering along the way, he found himself producing big power kart engines, parts for NASA and his own motorcycle helmets. 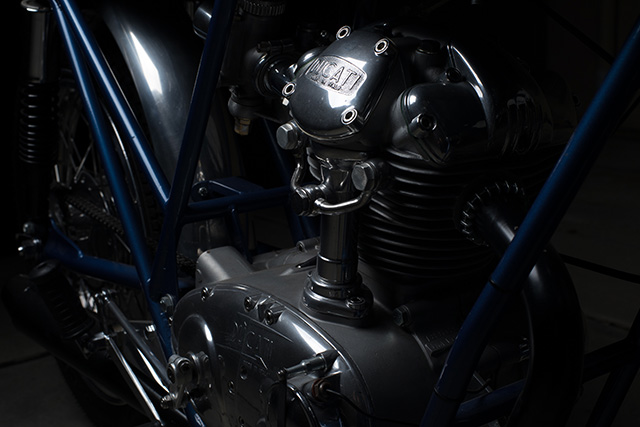 Early into the companies history they combined their new range of brilliantly engineered motorcycle frames with kart engines and become 2nd only to Harley Davidson in bike production in Nth America. But it was their VanTech frames produced for the first time in 1964 that allowed racers to bolt in just about any engine they liked, for all kinds of racing, that solidified the legend of the company. Fast forward fifty years and when asked if there was one bike he wished he’d built, 83 year old Bill simply smiled, “a Ducati”. 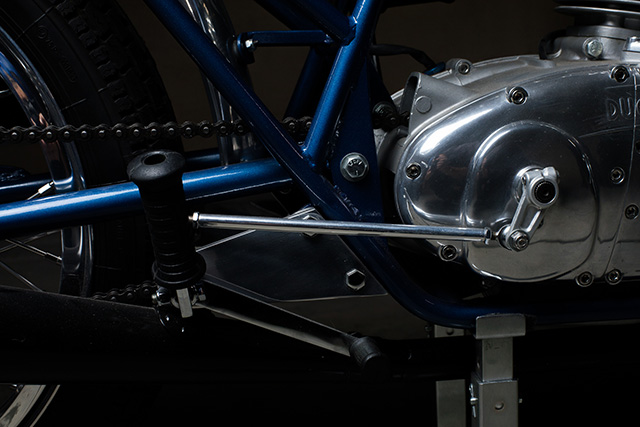 So with Bill’s son Bill III, his daughter Holly, her husband Rob and a host of helpful characters they set about piecing together the Ducati Bill would have built back in the ’60s if he hadn’t been so busy doing just about everything else. The project started with a 1967 VanTech frame kit, complete with plates for your choice of engine and a 1966 Ducati Monza 160cc motor donated by Sergio Cecchione. First up the engine was dummy fit to the frame and with some modifications required they got to work. 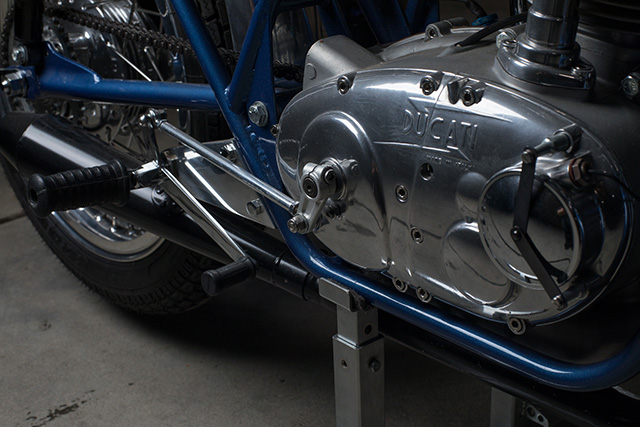 Bill and his son put their 100 plus years of combined experience together and modified the frame slightly to accept the wider case engine of the Ducati over other similar capacity motors from other makers. Then they took to the swingarm and extended it to give the bike a longer look and more stability instead of the fast direction changes that those who used the kit for racing required. Finally, Bill decided to mount the motor directly to the frame and machined up mounts to replace the kits plate system. 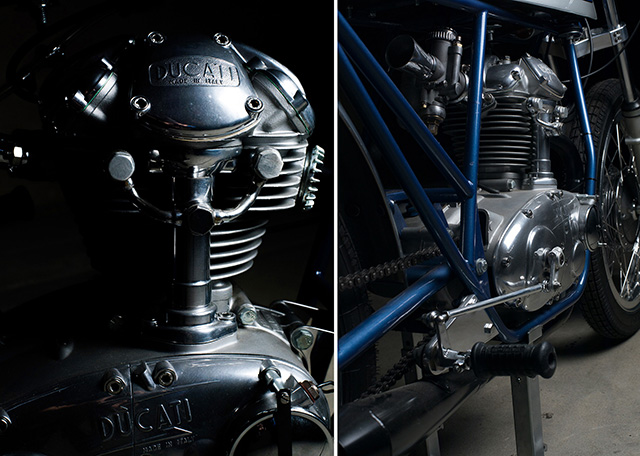 While this was all taking place another pair from the family were focused on the cosmetic side of the build. Bill’s daughter and her husband Rob went hunting for fuel tanks that would give the right look and settled on an old Suzuki piece. This was then modified to fit on the backbone of the frame before being narrowed for a sleek and long look. They then pulled out the itchy fibreglass packets and sculpted a stripped down seat and classic cafe racer tail section. 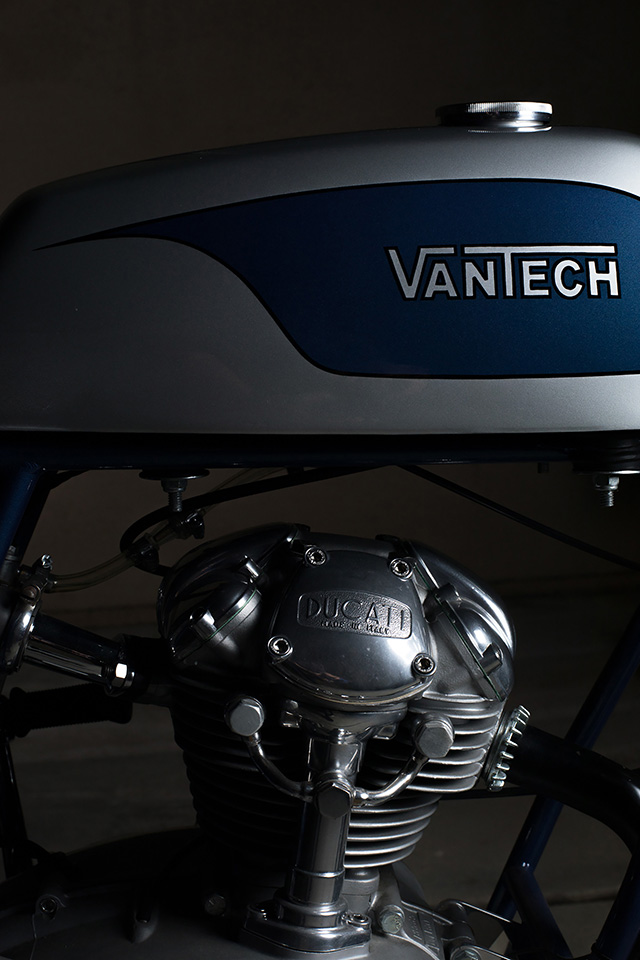 To turn the bike into a roller, Bill sourced a set of period hubs from a salvage yard in Montana. The 1966 Honda CL160 units took Holly endless hours of elbow grease to bring up to standard before they could be laced with Buchanan spokes to Borrani rims wrapped in vintage Heidenau rubber. The gorgeous Cerriani front end was restored by Lee Fabry before Bill and son designed and fabricated one of the more beautiful upper triples we’ve ever laid our eyes on. 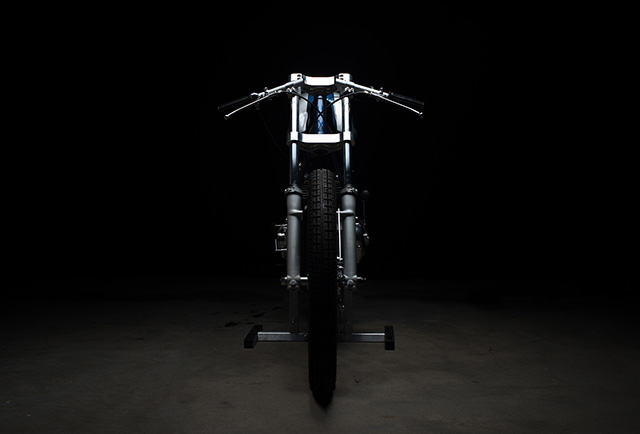 Now they needed to get the power plant up to scratch and the mechanical masterpiece from Italy was torn down by Holly under the guidance of Ted Henry. With each part assessed for suitability, a second engine was required to ensure they had every part in perfect condition. With Ted and Frank Scurria tasked with building it back up to the most exacting of standards. Bill wanted a big Dell’Orto carb and that’s what he got, while his exhaust design was fab’d up by Bob at Elco Welding. 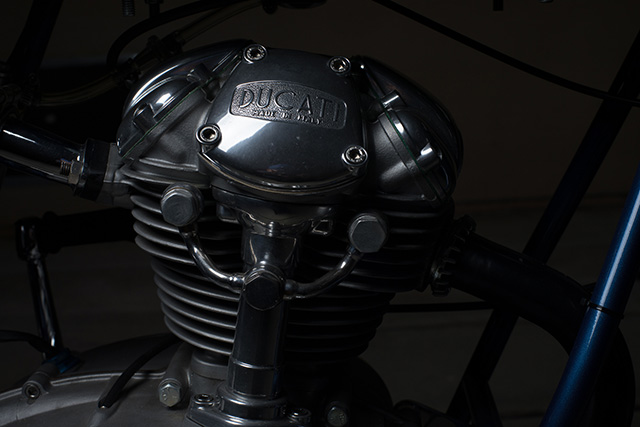 Pulled apart and sent out for paint the frame is shot in the original company colour, Ford Guardsman Blue; with Pacman taking care of the graphics on the tank. To finish everything off Bill and son custom crafted the amazing footpeg and braking systems before it was all hands on deck to piece the bike back together. 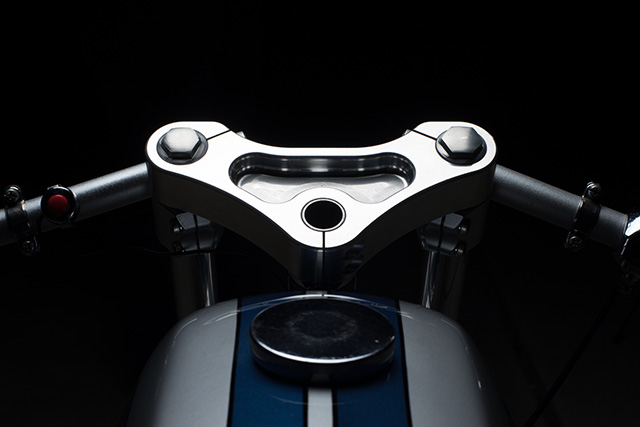 The finished result is a truly stunning cafe racer; but the true winner is the Vantech family, who 70 years after Bill’s first race win, combined love and a lifetime of experience to build the old boy a brilliant new toy to make everyone smile. 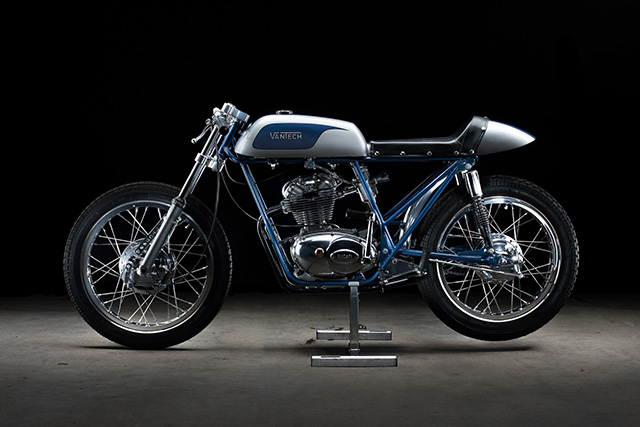