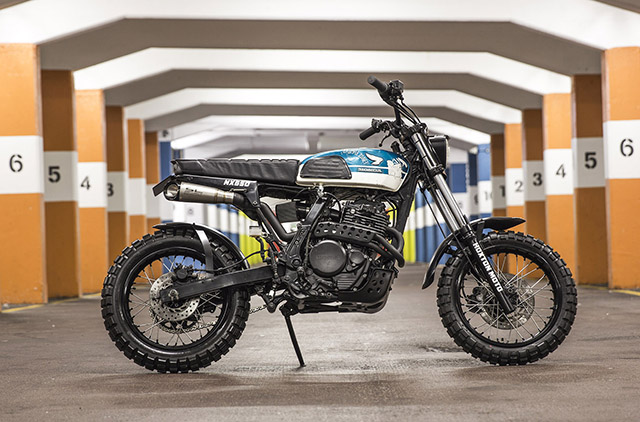 Over the last half-decade-or-so, Honda’s ‘90s big ADV thumper, the NX650 Dominator, has become an increasingly popular platform for customization, and for good reason. The 644cc SOHC single boasts 45 lively horses, is damn-near bullet-proof, and, as a donor, simply oozes potential. So, after the UK’s Hoxton Moto was bitten by the dual-sport bug following a Summer of ripping around on a Yamaha XT500, the shop knew it wanted to churn out a big single-powered on/off-road build, and the Dommie fit the bill perfectly. 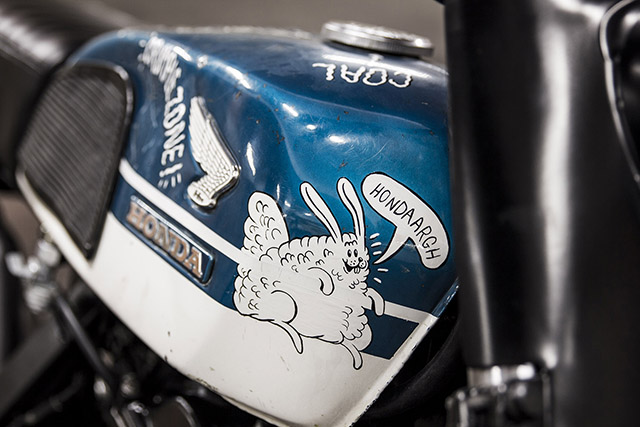 For those not in the know, Hoxton Moto is first and foremost a moto-centric Youtube channel that builds one-off bikes as a secondary venture. Based in East London, the British customs outfit was founded by Andrew Hunt and Shaun Fenton. Fenton — a cameraman and editor by trade — was the force behind the 1998 documentary, Mad Dogs, which followed a group of motorcycle carriers in London. 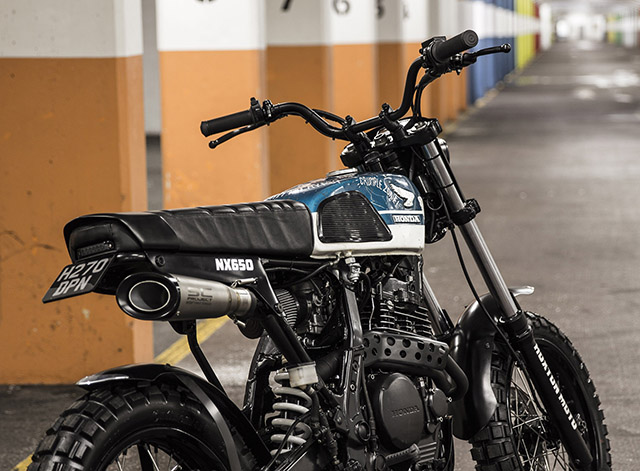 What started life as a 1994 NX650 example was rid of its unmistakably 90s bodywork and torn down to the engine and frame in preparation for a rebuild. The Honda’s famously cut-rate subframe was replaced with a new square profile loop unit that follows the horizontal line running along the bottom of the tank. Rear lighting was integrated into the new aft framework prior to being capped off with a custom, flat, scrambler-style seat and a removable seat cowl for two-upping. 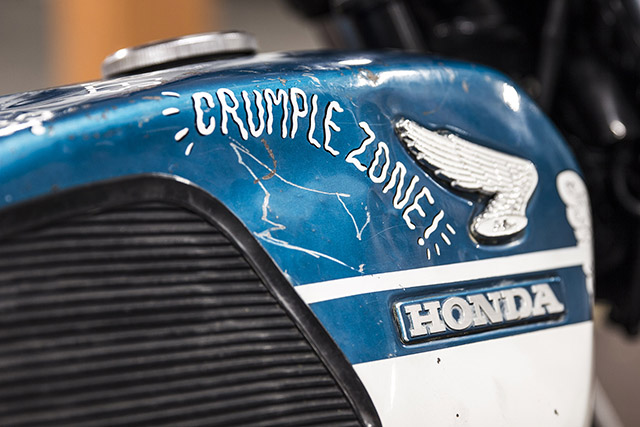 Sitting atop the single cradle frame is the tank off a Honda CB350. In addition to adding a set of knee-pads, the East London shop called on artist, Maxwell Paternoster, to decorate the fuel-cell in an array of his signature doodles. The electronics were also relocated and overhauled via a new wiring loom and a custom battery box. Other minor tidbits include Venhill hoses, one-off fenders with polished alloy tips and bespoke brackets, and a custom two-into-one exhaust ending in a high-mounted universal stainless steel silencer from SC-Project. 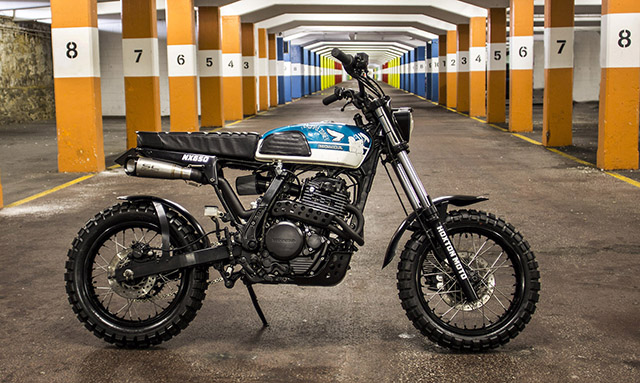 Keeping in line with the tracker genre, Hoxton jettisoned the stock 21” front-wheel to make room for a 17-incher, matching the size of the stock back rim. Both wheels — which are now shod in Continental TKC rubber — were rebuilt, painted black, and then laced up with stainless spokes, and black hubs and nipples. The build retains the Dominator’s stock 41mm fork, but a new mono-shock made its way onto the build-sheet. 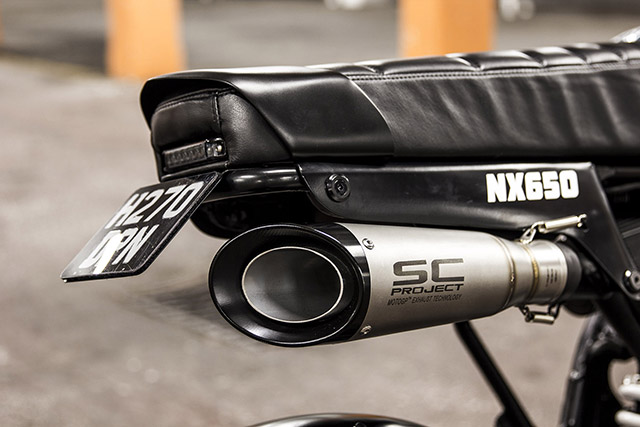 Guiding the way is a unique triangular headlight set in a one-off cowl that covers the fork uppers and also houses the build’s digital instrumentation. The cockpit is now made up of Renthal bars, Biltwell grips, and new switchgear. Before the build was taken off the bench, the NX also received new wheel bearing and seals, starter motor bearings, headstock bearings, and a refreshed carb. The brakes were also refurbished with new calipers and pads. 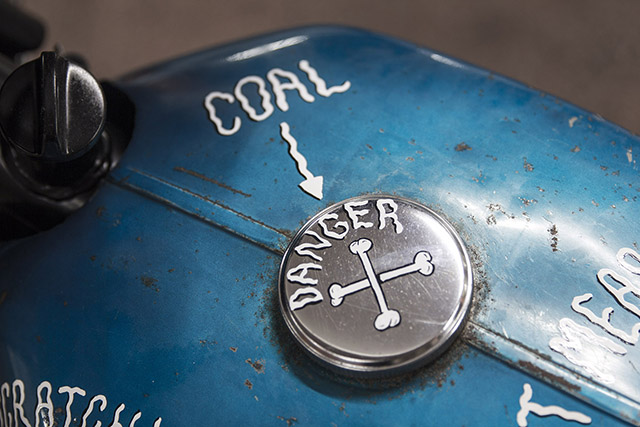 “We knew we wanted to retain the dirt bike, high suspension, and knobbly tire look but we also wanted to introduce a racy Supermoto vibe,” explains the Hoxton Moto founder, Shaun Fenton. “We were also inspired by the characterful and distinctive Street Tracker builds which had a mash-up of new and old components.” 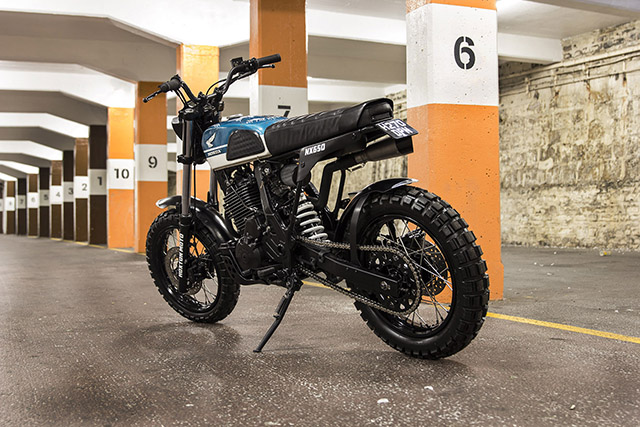 Dubbed, the “HM006” (aka Hoxton’s sixth build), the Dommie tracker forgoes the factory-finished-look in favor of a distinctive hand-made aesthetic. With a focus on what the shop describes as “simplicity of design, symmetry, and minimalism”, Hoxton has managed to put an interesting spin on the tracker category with this one. 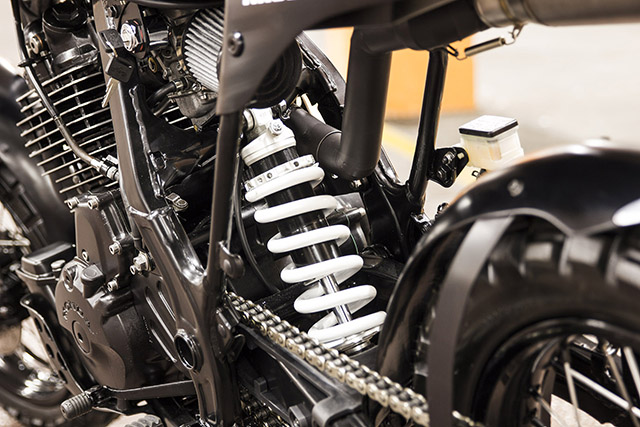 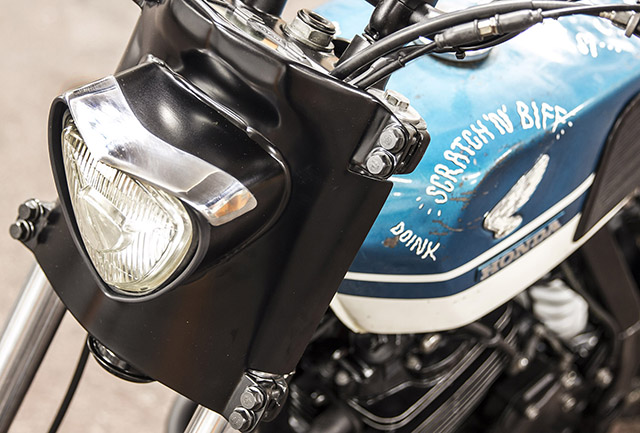 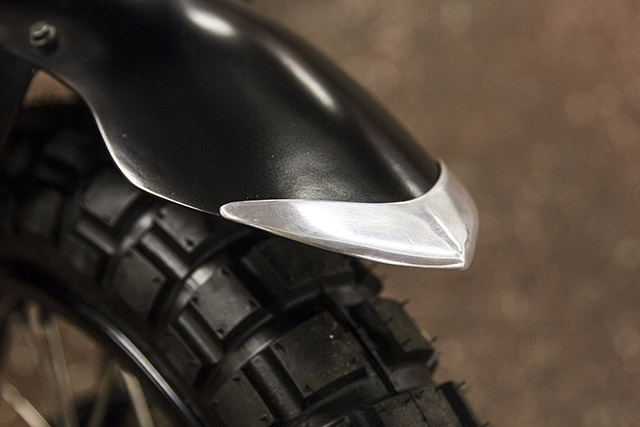 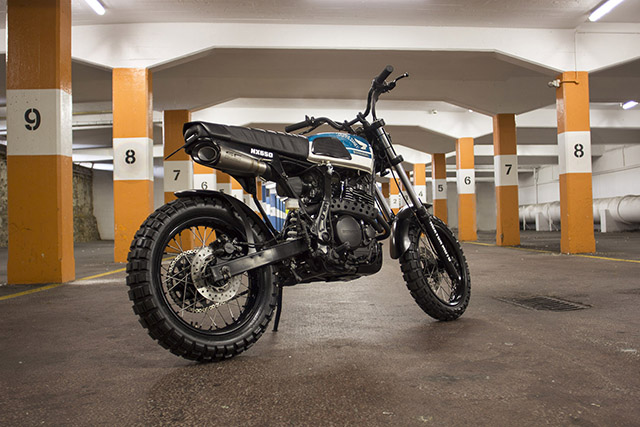 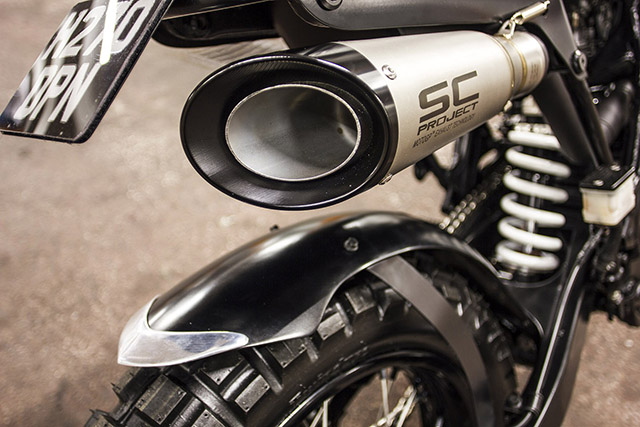 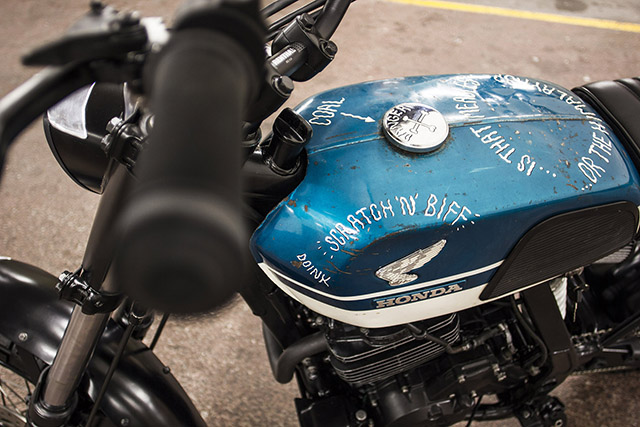 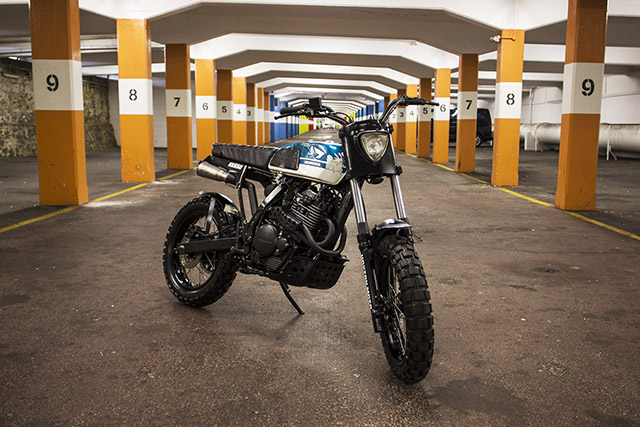 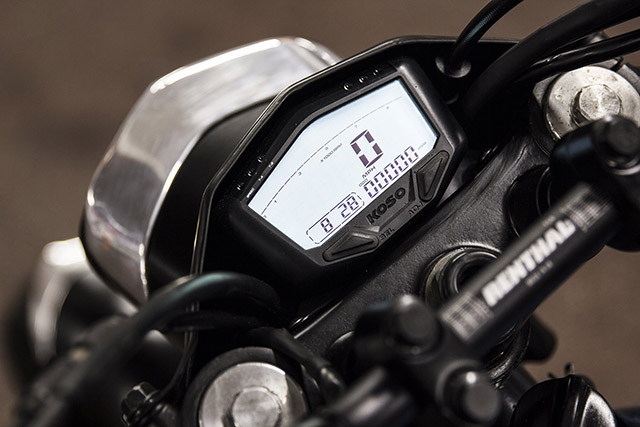 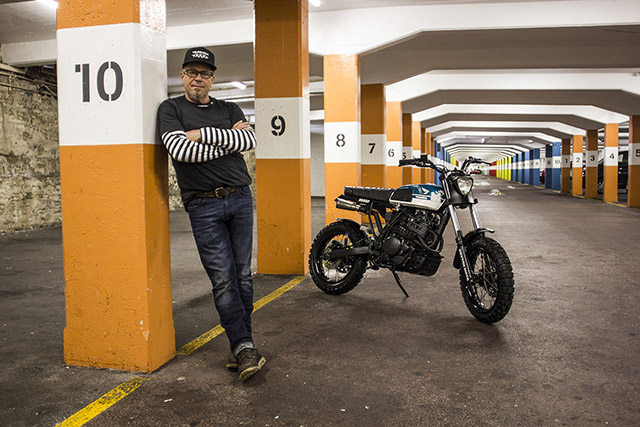