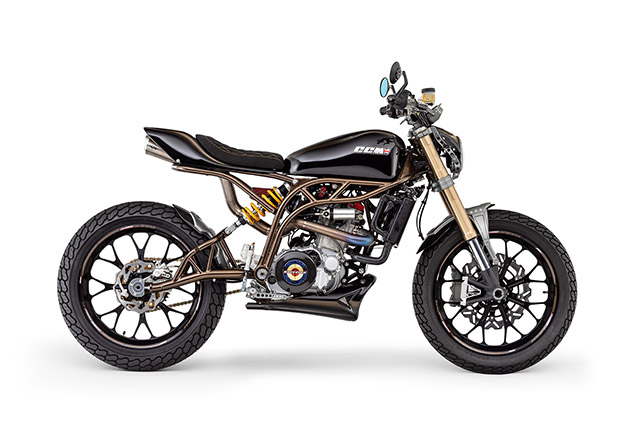 When CCM introduced the first Spitfire model in 2016, the handmade singles took the world by storm, generating an enormous amount of hype and punching well above the boutique manufacturer’s weight. After the first batch sold out in a matter of days, the Clewes boys were prompted to release another Spitfire-based model… and then another, and another, and another. So after offering the original model, the cafe racer, the scrambler, flat tracker, the bobber, and Foggy, and the Six, the small UK operation has just revealed its latest addition to the Spitfire platform with the new 2020 Stealth Series. 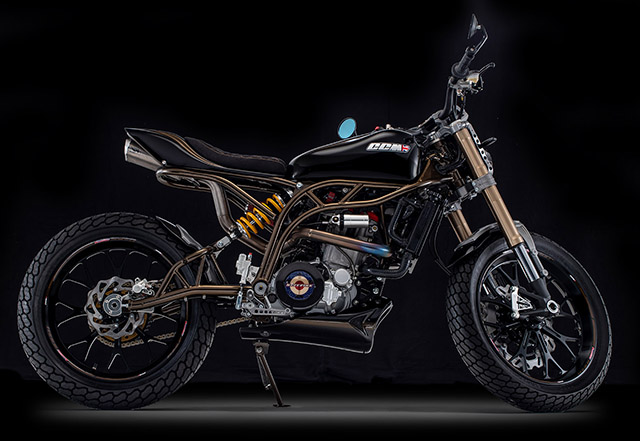 CCM is only offering three of its Spitfire models in this limited-edition flavor, with the Stealth Bobber, Stealth Foggy FT, and Stealth Spitfire SIX. Mechanically all three bikes go unchanged, still powered by the same 600cc four-stroke single and built around that beautifully-welded artisan trellis frame, but the new Stealth spec comes with a host of cosmetic changes to the small-batch British bikes. 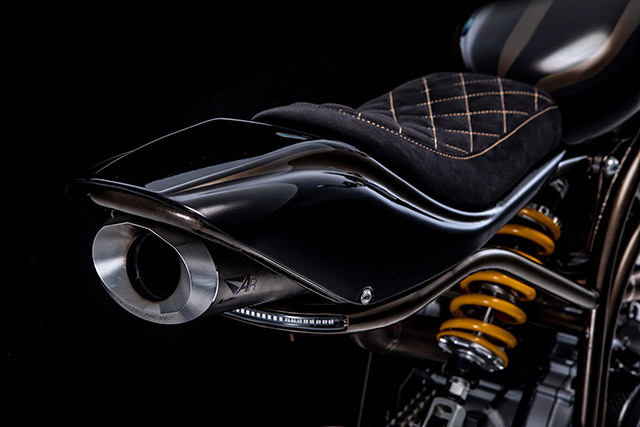 In lieu of previous models mostly bare tank and bodywork (or Corso Red in the case of the Foggy), the Stealth series sports deep, glossy Midnight Black paint on its tank, headlight cowl, and fenders. The tank, cowl, and fenders also feature bronze-colored racing stripes to match the powder-coated bronze-chrome frame, wheels highlights, and forks — all exclusive to the Stealth versions. Wheels on all three bikes – either 19” machined alloy or spoked — are also black with black hubs while the seats are all black Alcantara items with yellow contrast stitching. The trio of Stealth series CCM’s also come standard with Brembo four-piston calipers and Marzocchi front-ends. There are also additional parts anodized in titanium grey. 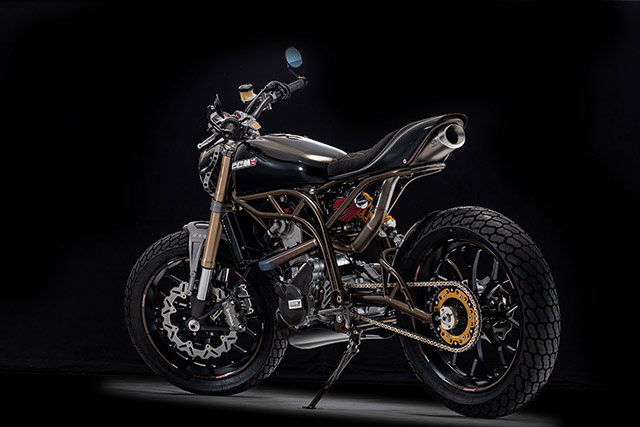 The Foggy Stealth seems to benefit most from the new murdered-out makeover, considering it has the most bodywork and the longest subframe of the three bikes. With the blacked-out tail cowl and belly-pan, the new sinister livery gives the Foggy a surprisingly different attitude compared to the standard red model (which looks great in its own right). 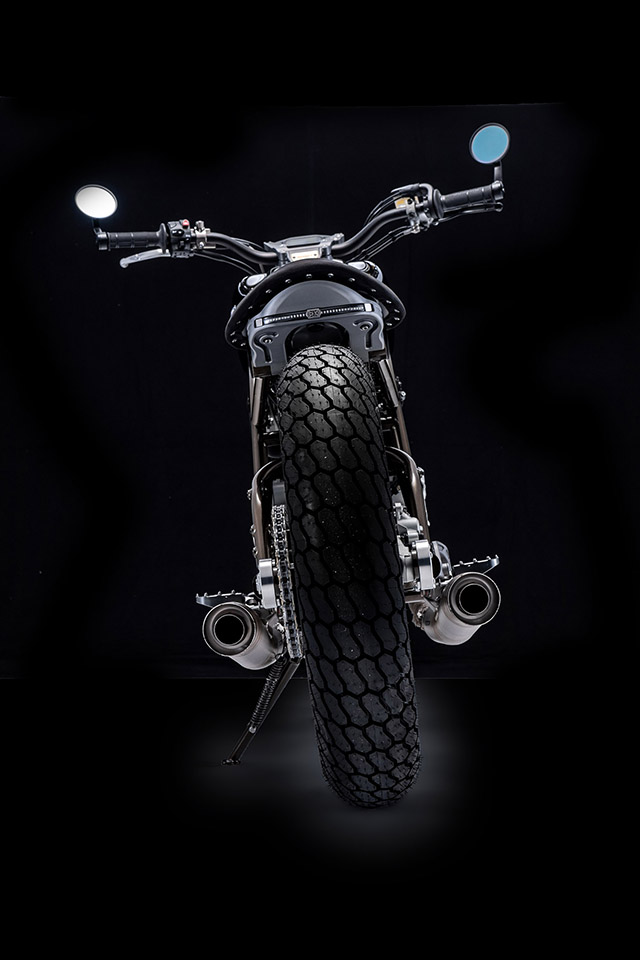 The Stealth SIX and Stealth Bobber do look fairly similar at first, though scratch a bit under the surface and the two models are pretty different beasts. For starters, there’s the different wheels and very different exhaust setup. Next, there’s the riding position; a leaned back and relaxed configuration on the Bobber with its controls further forward; and a more aggressive, hunched forward angle of attack on the SIX with its rear-sets and lower bars. 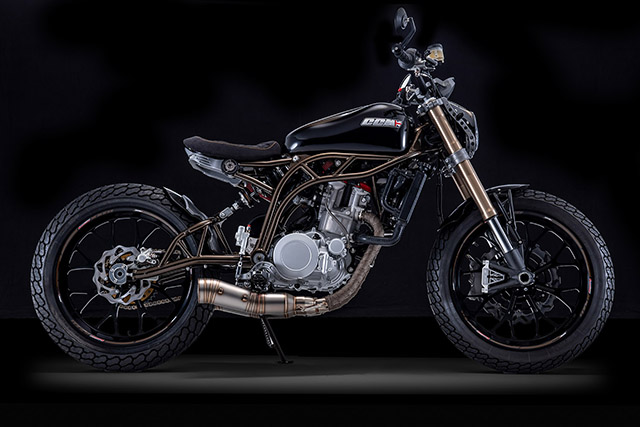 With earlier Spitfire models, CCM decided to highlight the handmade nature of these stunning two-wheelers by leaving the welding and metalwork on full display. The Stealth series, for this reason, is something of a novel approach for the British firm. This isn’t CCM’s first foray into producing limited edition Spitfire variants, as a little while back the outfit released the RAFBF Bobber, though that was more of a historical/cultural nod than it was a genuine attempt at revising the style of this idiosyncratic machines. 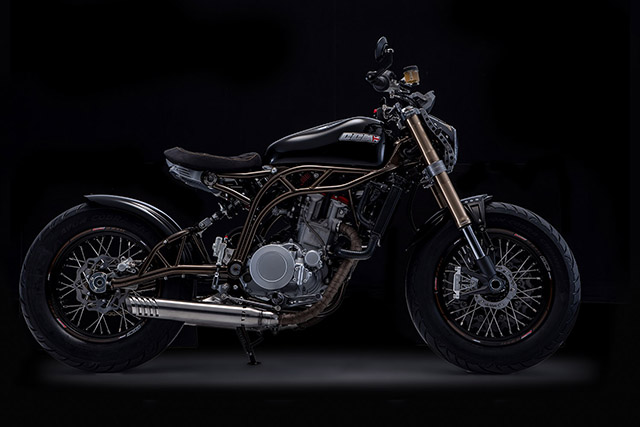 Overall, the small details and overall craftsmanship is still a big part of what sets these machines apart from mass-production models. Elements such as the machined Union Jack piece that occupies one of the empty brake caliper stanchions speak volumes about the amazing fit and finish exhibited on the Spitfire models. Like CCM said when it first released the inaugural Spitfire, these models really do give riders a chance to own something totally unique, that was built by hand in small numbers. 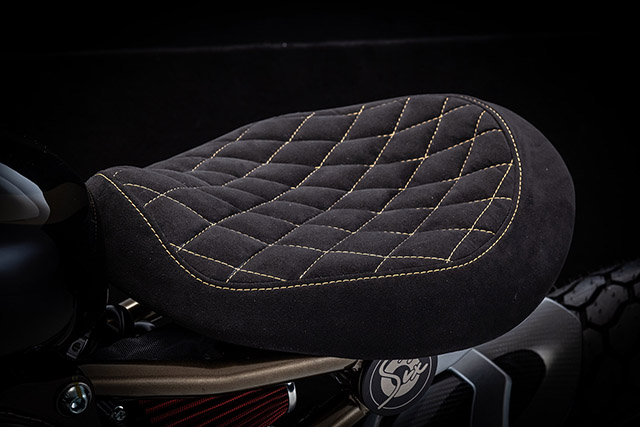 If you’re interested in adding one of these black-out beauties to your personal stable, we suggest you act fast as Spitfire models tend to go quick (like seriously quick), and it’s hard to think of why this sexy new Stealth series would be an exception. Prices start at  £10,495 OTR for the Six Stealth and the Bobber Stealth, and  £11,995 OTR for the Foggy Stealth – which works out to be around $15,000 USD. 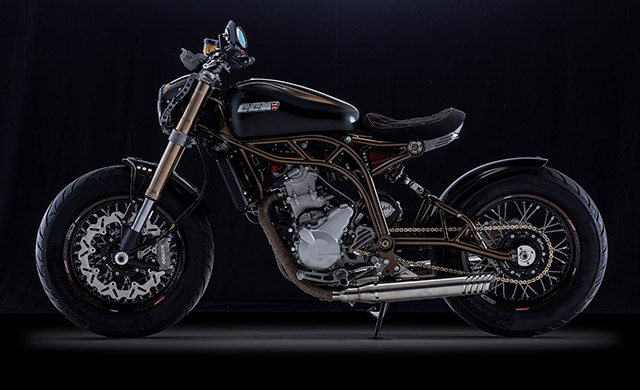 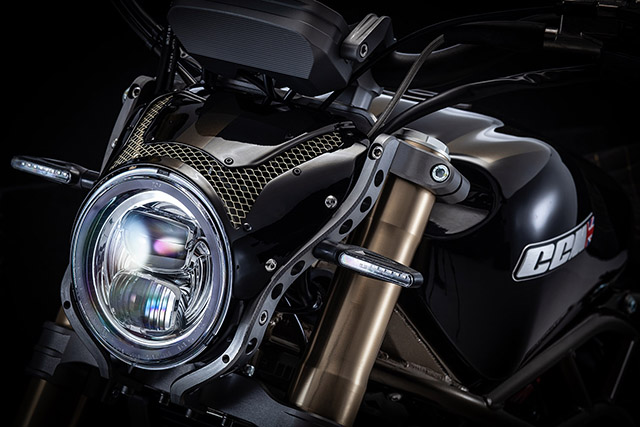 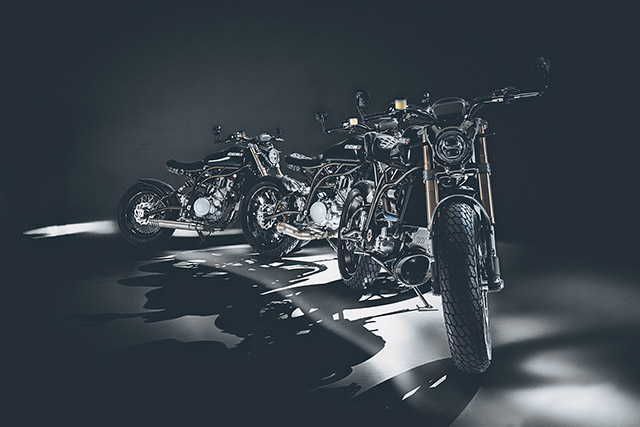