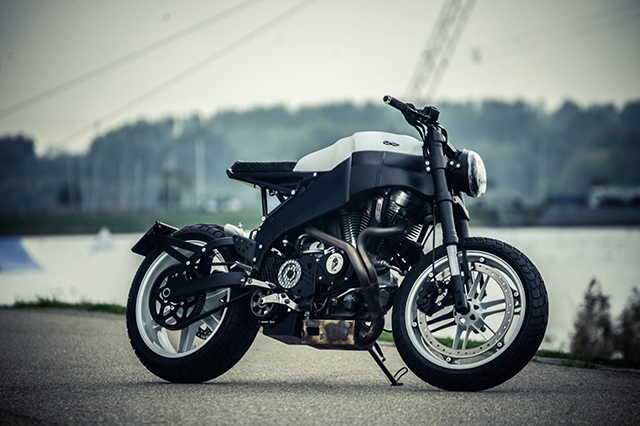 We’re not the first to say it, but Erik Buell is a genius and over 100,000 examples of the sports bikes wearing his name have been sold around the world. But that didn’t stop the company from failing, twice, and now turning his attention to electric, it is unlikely his very American twins will ever return. But the company’s demise means prices are low and boy do you get a lot of bang for your buck. More used to seeing European machinery in his native Rotterdam, Sergei Papyan of Ruthless Customz decided it was time to bring a Buell to the city’s streets. So he picked up an XB9R and transformed it into this wicked weekend warrior fit for an urban assault. 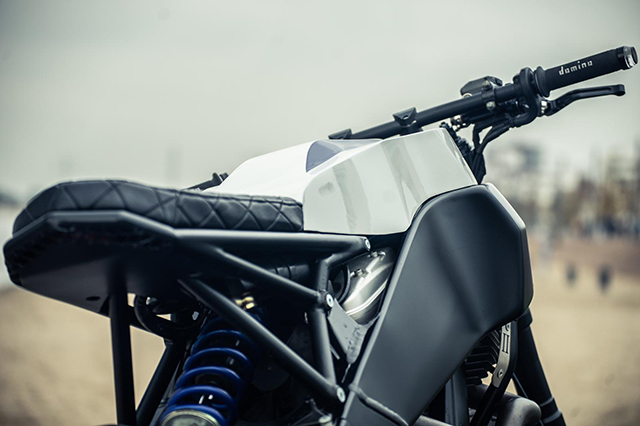 Having previously worked his magic on a Yamaha XV, Sergei is no stranger to unconventional, mono-shock’d, V-twins that divide opinion. But the configuration, with its naturally slim profile for such a large capacity machine, offers many advantages and potential avenues for customisation if you’re ready to take on the challenge. Having opened in 2015 Ruthless has been doing just that on every build, with a client focussed ethos that lets the cheque writer dictate heavily on each decision. 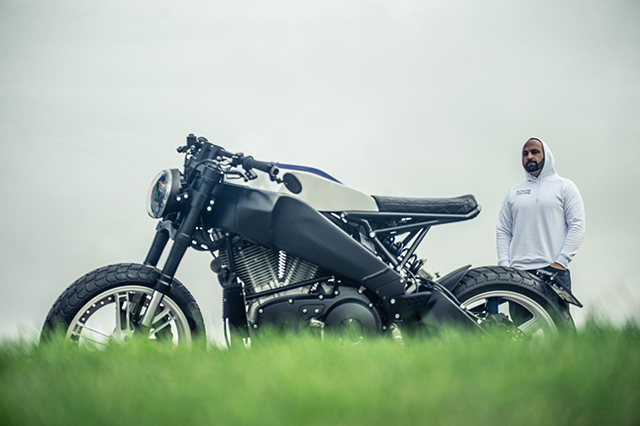 In search of the right bike for the project Sergei came across this XB9R in white named by Buell the Firebolt and released to the press under an all new category the company called a “sport fighter”. A short wheel base, just 21 degrees of fork angle and the weight held relatively low meant the bike steered unlike any American twin before it. But while incredibly innovative at the time, the 14litres of fuel that’s stored in the frame and the oil in the swingarm pose plenty of challenges for the customiser. 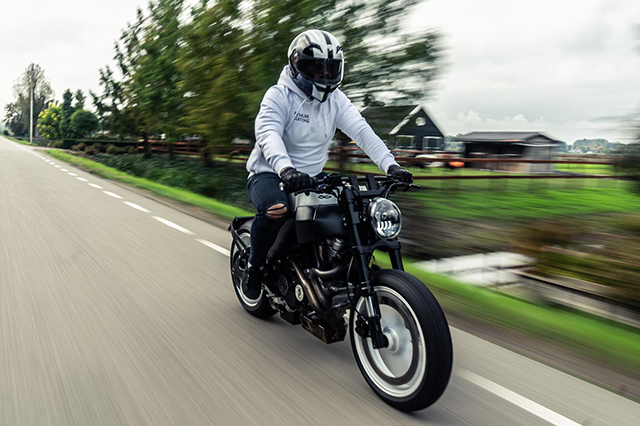 But rather than let this limit him, where others see an obstacle, Sergei saw an opportunity and the ‘tank’ is now more functional than any other Buell we’ve seen. First the tank cover had to be made from steel and the low flat lines of the top section are contrasted with framing hugging sides that maintain the narrow lines. Then it was time to get creative with a Motogadget Mini and an array of LED dash lights neatly frenched in. Underneath a mounting support for the key and a new start button are welded in. While the front draws in air through grilled ducts and directs it down into the engine. 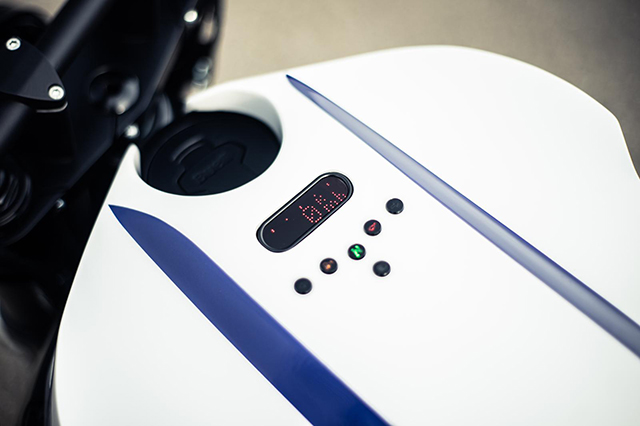 Having removed all the stock fairings and the factory subframe that held the sports bike seat in place an all-new item was required. With the welder fired into life a signature Ruthless unit was fabricated with round tube used throughout, a mix of smooth and angular curves, and finishing half way over the rear tyre for an ultra-aggressive look. Powder coated to match the frame its then been topped with a hand shaped seat that was made in house and covered with black diamond stitched leather. 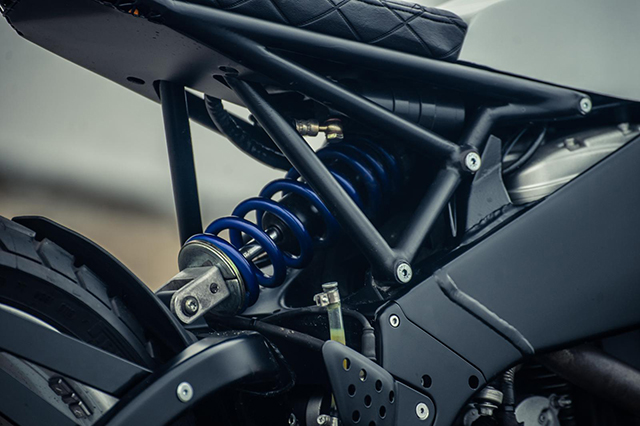 With the design Sergei had in mind the stock upper triple clamp with its integrated clip-ons was never going to work. So a custom unit was machined up and a bulky set of risers allows for a set of flat bars to be fitted. Further transforming the front end is the switch from the distinctive dual headlight setup to a conventional round look with modern LEDs inside. While at the rear the remainder of the electricals are hidden beneath the seat, with a grilled out section allowing a taillight and indicators to shine through. 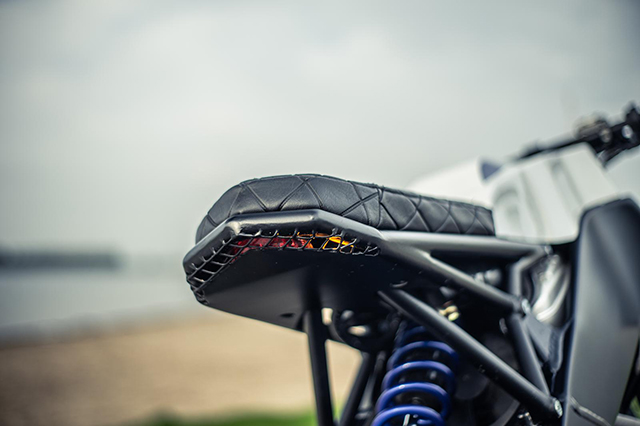 While the engine is based on the HD Sportster there are plenty of parts that are specific to the Buell. Pistons and rods are lighter to help the engine spin up faster to 7500rpm with flowed heads and Nascar inspired valve train. But it was the aural experience Sergei was keen to maximise. “We wanted a different sound on the Buell so we built a custom muffler on the bike. We liked the original pipes so we tried to make the muffler look a bit old so it could match the pipes.” 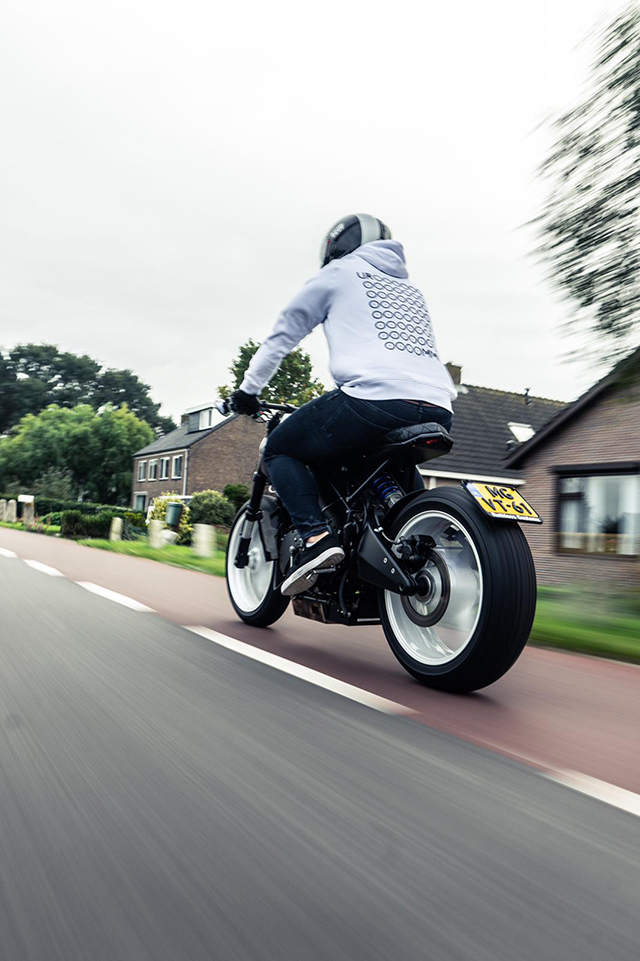 The paint job is kept subtle with the tank given a crystal white coat with blue graphics and the spring on the rear shock colour coded to match. With the bike known around the shop as “II”, neat industrial style badging is affixed to the side and the timing cover is replaced with one of the company’s own. To literally wrap up the build the sporty rubber was removed and replaced with dual sport tyres and the Showa suspension adjusted to suit. Now one of the few Buell’s to roam the streets of Rotterdam has all the goodies to cause a fright and can disappear down a dark alley with only the thumping exhaust note echoing off the walls leaving any sign Ruthless was out ripping up the roads! 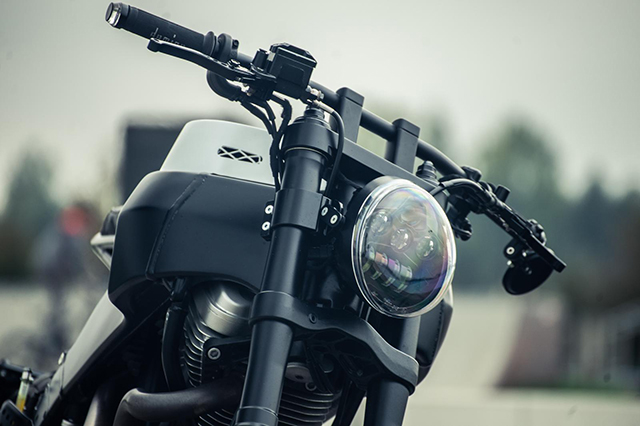 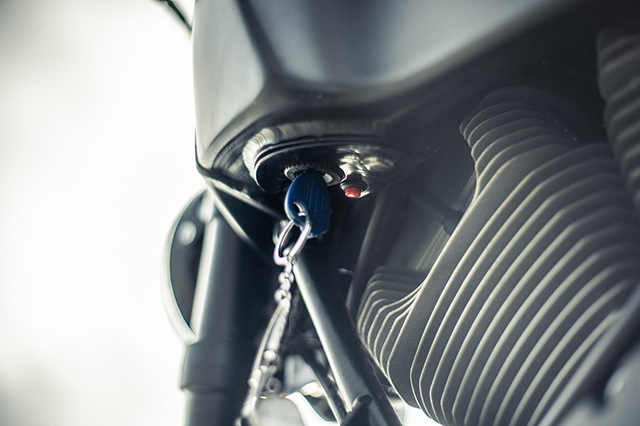 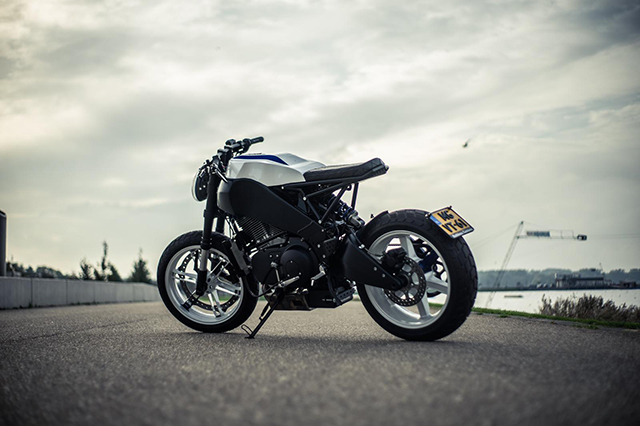