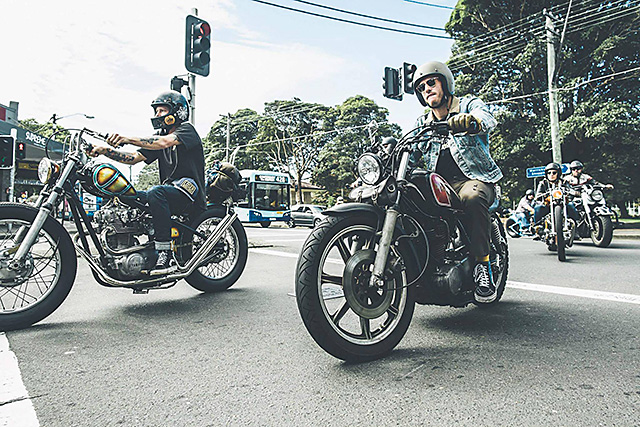 The holy celebration of everything that is custom, otherwise known as Throttle Roll, is about to hit the streets again, and this time quite literally. Overgrowing it’s home at The Vic Enmore, Throttle Roll has now secured an entire street to play with in what will be the street party of the year. Celebrating its fourth year, the Throttle Roll Street Party will overtake Railway Parade Marrickvile on June 12th this long weekend with all the bits and pieces that have had the event such a success, along with so much more. 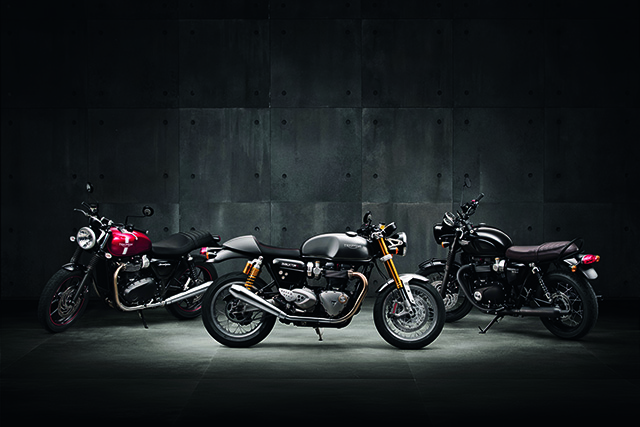 It’s safe to say this is the biggest launch in Triumph’s illustrious 100 year history. Never before has this British born marque ever released so many new motorcycles on one day. It’s been a four-year project and from the looks of these bikes, they have spent that time getting the detail and performance just right. The bikes have been cloaked in more secrecy than a plot from a spy film – which is fitting, as the new Bond film ‘Spectre’ was also launched this week in London. Shaken and stirred? We were… 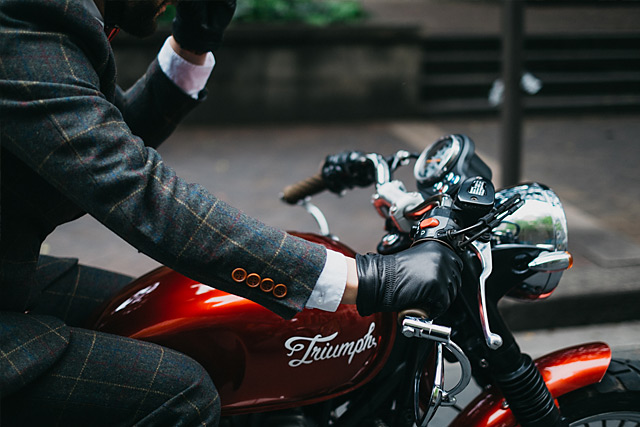 An event like the 2015 Distinguished Gentleman’s Ride is always going to attract lenses. Whether they be of the mobile phone variety, the video sort or good old-fashioned SLRs, you can bet there’ll be a veritable avalanche of photos to capture the event for posterity. But it’s not all tea and cakes. The hard truth is that for the most part, the average Joe or Jane’s shots are anything but distinguished. But then again, Sydney’s Joshua Mikhaiel isn’t just any average lensman. 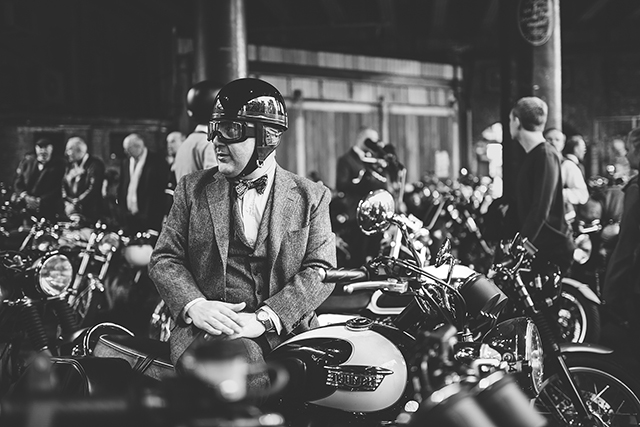 Written by Mark Hawwa – Founder of the Distinguished Gentlemans Ride.

The Distinguished Gentleman’s Ride had very basic beginnings when I created the event three years ago. I wanted to unite the classic and custom classic motorcycle scene. This idea turned into 2,500 dapper ladies and gents riding on the same day throughout 64 cities all across the globe back in 2012.

This year again, ladies and gents will be dressing in their finest for this ride on the same day, only now with over 30,000 riders across over 80 countries. This has turned into what would have to be the largest global rides held. The 400 cities involved in this years ride has formed a beautiful community for riders of café racers, bobbers, classics, brats, trackers, choppers and everything niche bike in-between. 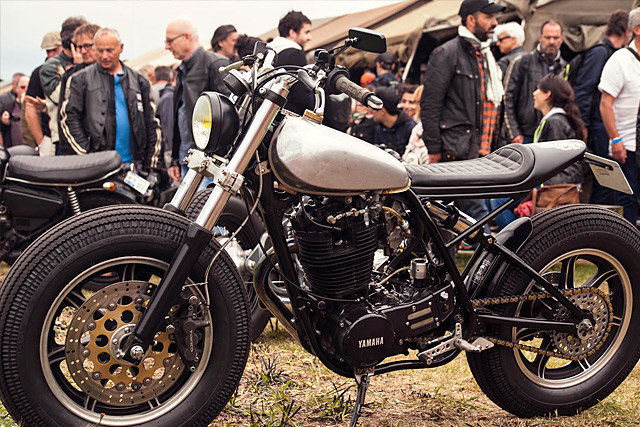 I’ve wanted to go to Wheels and Waves since I first heard of it. I’ve spent half of my life around bikes but never really got into any of the scenes in the north of England – sportsbikes, full-dress Harleys, classics or streetfighters. The new custom scene hasn’t taken root here yet, so for a shed monkey like me with a preference for hands-on over wallet-out, this seemed the place to go. Aboard my rebuilt W650 tracker, I rode the 1600-mile round trip from Leeds to Biarritz with my camera gear on my back, accompanied by a mate on his much-admired Honda 400/4 café racer. Here’s the highlights. 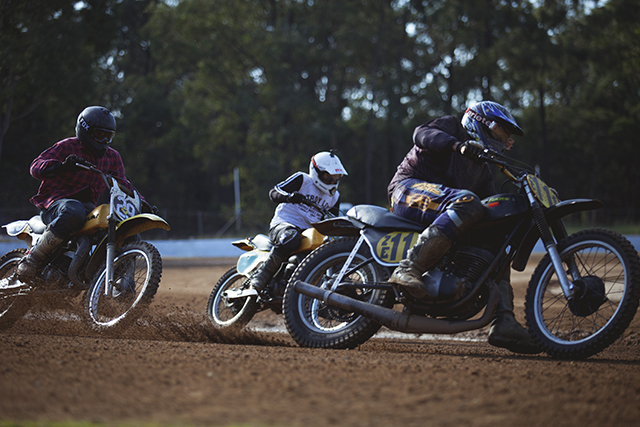 Photos and words by NinetyNineCo.

As the weekend came into focus, the only evidence of the midweek downpour was a lake of muddy water, smack-bang in the center of the Nepean Raceway. But lucky for us, that lake was surrounded by a halo of glorious dirt, just begging to be kicked up – this Sunday wasn’t going to be a day of rest. 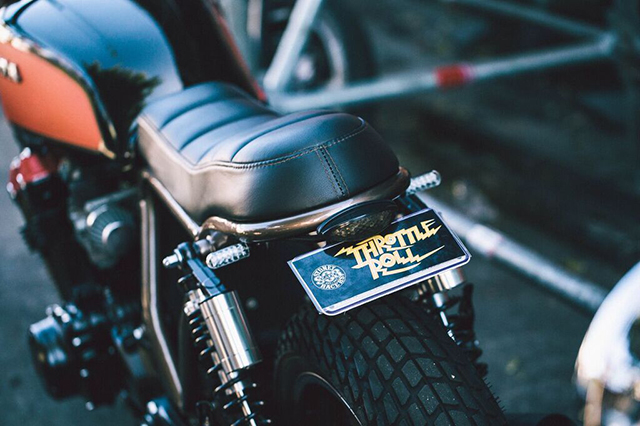 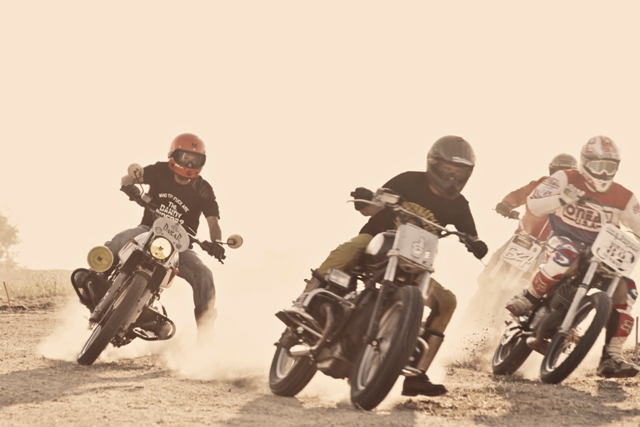 One of the biggest revivals happening at the moment in the motorcycle scene is vintage flat track racing. Events like Dirt Quake, Hell on Wheels, Dirty Sunday and Australia’s up and coming Sunday Slide are bringing this sport back to a wider audience. Sure, most of these races aren’t very serious, but they are introducing riders to a sport that hasn’t been very accessible to those without a healthy budget. But the main reason these events are being held is that it’s hard to have more fun on two wheels. Let’s be honest, there’s nothing like getting sideways around a corner on a dirt track for the first time.

Last month, Dirty Slide was held by Activa Classic Bike Garage on a grass track in Gers, France. Ironically, this place is famous for its foie gras, but we’re pretty sure the riders were only eating dirt and grass. Looks like there was a great mix of motorcycles racing from dirt bikes, customs, choppers, sliders and even a few sidecars getting sideways.

The event went all day and ended up going well into the night with the ‘ring of fire’ being set up and the adventurous (or the most drunk) took their bikes to the air like flying French Evel Kneivels. Joie de vivre.

There’s still time to register for Sunday Slide this Sunday in Newcastle, Australia. Send us an email if you are interested in registering. All classic styled bikes welcome. Animal suits optional.

[Photographs by the talented David Marvier]