Dreams can’t be forced, they evolve and as much as we might hope that the object of our desire appears instantly before us it rarely if ever eventuates. Instead dreams take a series of twists and turns and only time reveals if they will live up to all we had hoped for; too often we awake disappointed. So to ensure total satisfaction Gregg Miner, Co-Founder of Speed Craft Co, decided to control his subconscious trance and lay his hands on mechanical metal. From the bare bones of a 1974 Ducati 860 GT comes this Bologna beautiful cafe racer crafted in Southern California. 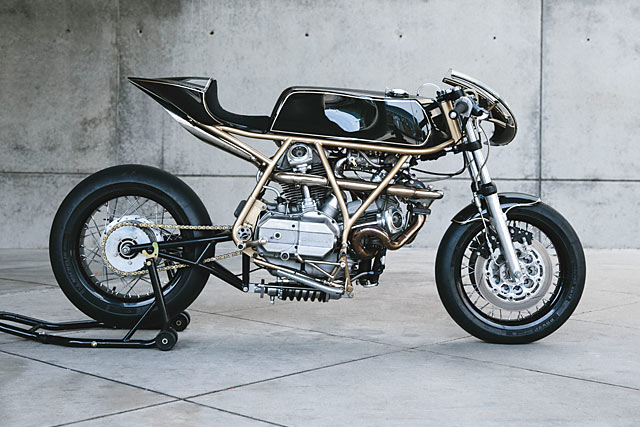 In his shop in downtown Los Angeles, Max Hazan works harder than your average prisoner of war. And his efforts show – he routinely fabricates some of the cleanest, most distinctive builds you’re ever likely to see. This time around he’s outdone himself with a turbocharged 1978 Ducati 860GT, a bike that got really interesting a few weeks into the build when he received a call from his client.