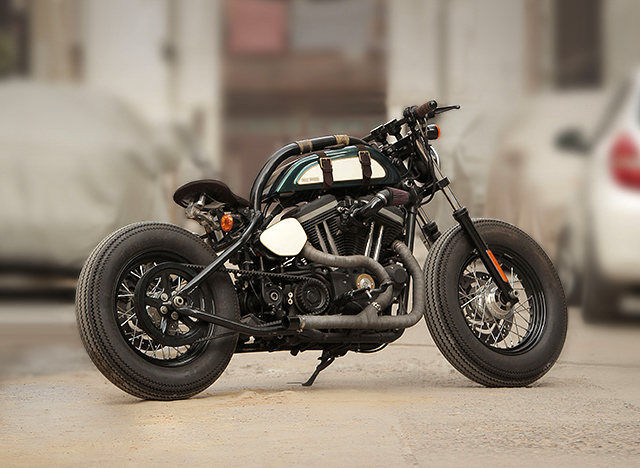 In the world of custom motorcycles fresh new shops and builders are forever surfacing globally. Standing out is somewhat paramount to success and first impressions are crucial to get the ball rolling in your desired direction. Without further adieu, meet ‘NADIA’, she is an intriguing, hand-crafted rigid tail Harley Davidson 883 Iron. NADIA is the debut build from TJ Moto, a small custom bike studio located in New Delhi, India – and from the looks of things, it won’t be their last. 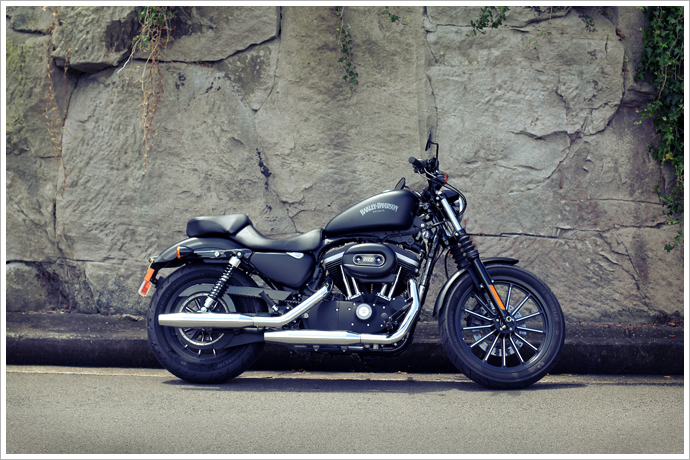 We recently tried to get our greasy little hands on a Harley-Davidson 883 to review. Unfortunately due to a long list of rules (who would have thought Harley was into rules?) we didn’t meet their criteria – and no it wasn’t because of our lack of pony tails. It was mainly due to the fact we hadn’t had years of experience on heavy bikes. Anyway, as luck would have it, one of our good mates Laurence Cronin recently purchased his very first Harley. He is no newcomer to riding, just hung up his riding boots for a few years while he raised a couple of kids. Now they are all grown up, he decided to fulfill one of his lifelong dreams – own a Harley. And like many, he fell for the ‘man magnet’ they call the 883. This is Laurie’s review after riding the Sportster for a few months….